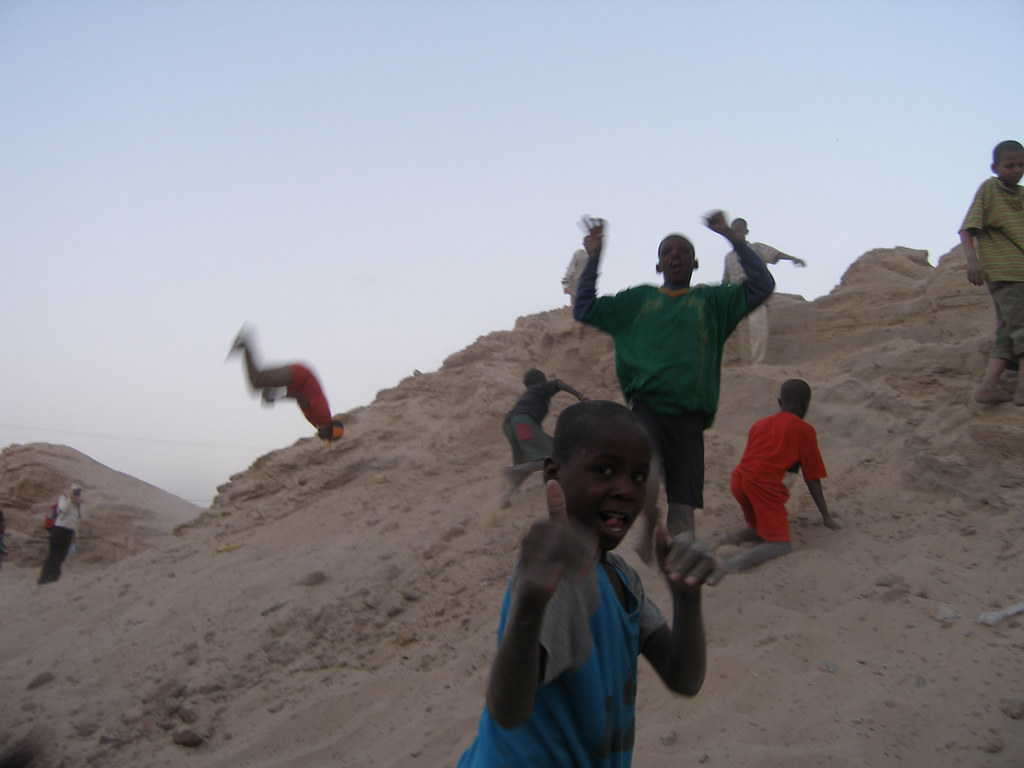 Hey Holy Crap!!! We thought that if we were sitting at home in an office, then it would be really cool to get an email from Timbuktu!!!! ….So here it is 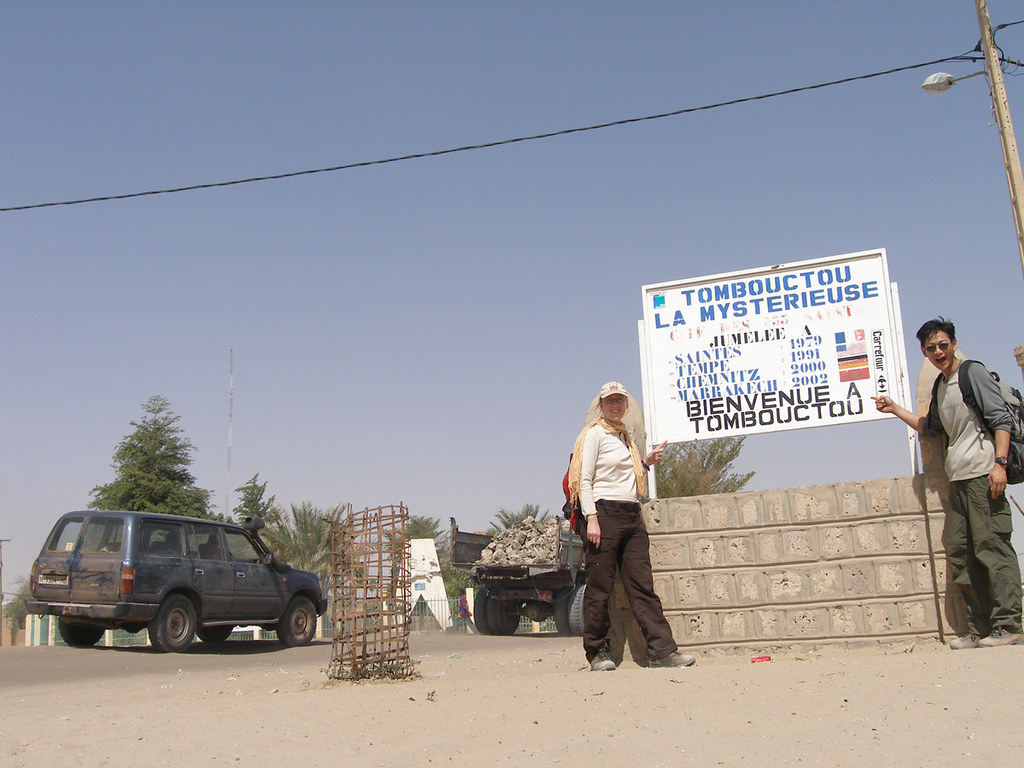 This is only a short email since the internet is a bit crapp’y and slow, and we actually have a blog about our last week here in Mali but it is still on our laptop… so we will upload it later along with the story about how Avril got threatened by a crazy lady with a machete…

But for now all you need to know is that Mali ROCKS!!!

Mali is really hot, dusty, dirty, and poor with open sewages everywhere… And the capital city Bamako is so polluted that our noses have been bleeding, but we love it!!!

The people are so friendly and getting around has been no harder than Asia or Latin America, and in fact we would say that the Malians have been even less hassley than Latin America by a long way!!!

In fact just like when we went to Colombia, I am so glad that in the last email I documented how we thought Mali and Africa would be really scary, because once again I can turn around and write that in fact Mali is the complete opposite!!!

Mali has been so much fun to travel in, and there are actually tourists everywhere here and Timbuktu is literally crawling with foreigners.

It is actually to the point where we are even a bit disappointed that it hasn’t been harder, since here we were thinking that we were doing this crazy difficult thing getting to Timbuktu, but it is actually a very well worn tourist trail.

Saying that though, we’ve been lucky since we have met a heap of really cool independent travellers along the way who we have tagged along with so we have always had a French speaker in our group which has made things easy.

And as rough as it is here, we have totally been reinvigorated for travelling! Man… you probably got the idea from our last few emails that travelling in Europe and working in Ireland was really getting us down since we were getting bored and stagnant even though we had it easy over in Ireland.

But travelling roughly with the bare basics in Africa has been totally exhilarating and we have found our passion to travel again, which really has just shown us that we get off on the adventure of travelling in developing countries MUCH more than the boring western world.

And getting to Timbuktu has been fun too especially since we almost got stranded on the banks of Niger River with 20 other cars when the ferry to Timbuktu decided to stop for the night.

It was complete mayhem since 4x4s were actually crashing into each other to get onto the last ferry for the day, and in the end, the ferry actually backed up and crashed into a 4×4 which was very funny!!!

Anyhows we got into Timbuktu late last night WITHOUT our luggage since we left it on the other side of the Niger River with our vehicle when we jumped on the ferry at the last minute, and tonight we are meeting a huge group of 35 independent travellers that we linked up with on the internet.

We joined a Yahoo group when we were researching going to this music festival, and tonight is going to be wild since it’ll be a reunion of all these people we have been communicating with but have never met!!! 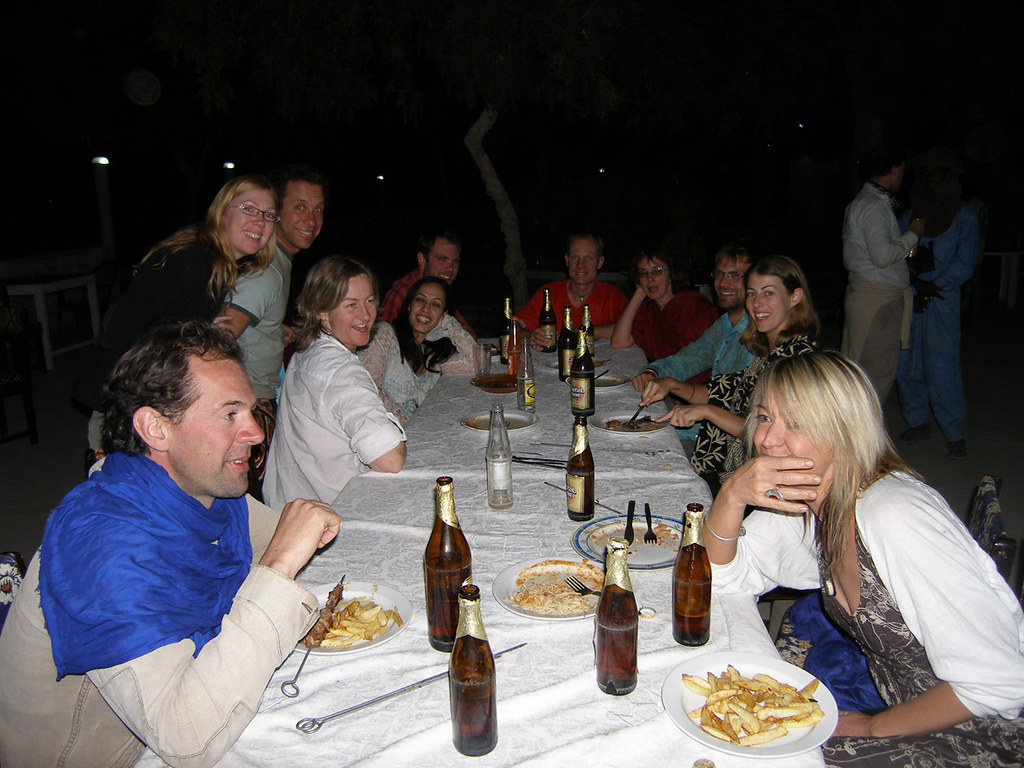 In fact it should be great since we have already met a few of them, and I would have to say that since only hardcore travellers get around West Africa, we have never met such an inspiring group of like minded travellers which has been great since we normally don’t get to meet people who have travelled to as many places as us.

Anyhows, we are off to the Festival Au Desert tomorrow for 3 days and then we will be trekking in Dogon Country for 4-5 days so we will probably be out of touch.

Internet is awfully slow, so it may be a while until we get to upload some photos and our other blogs, but Africa is so photogenic, we can’t wait to show them off!!!

Gotta go and get ready for our big piss up tonight! There’s some pics of Timbuktu at this link.