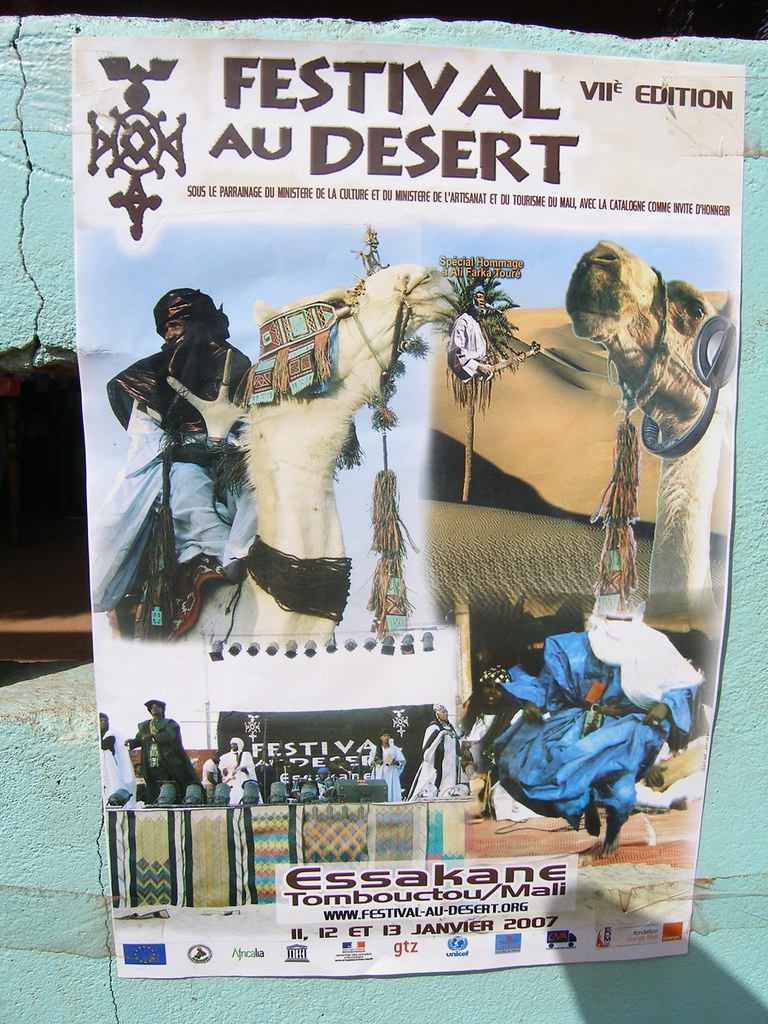 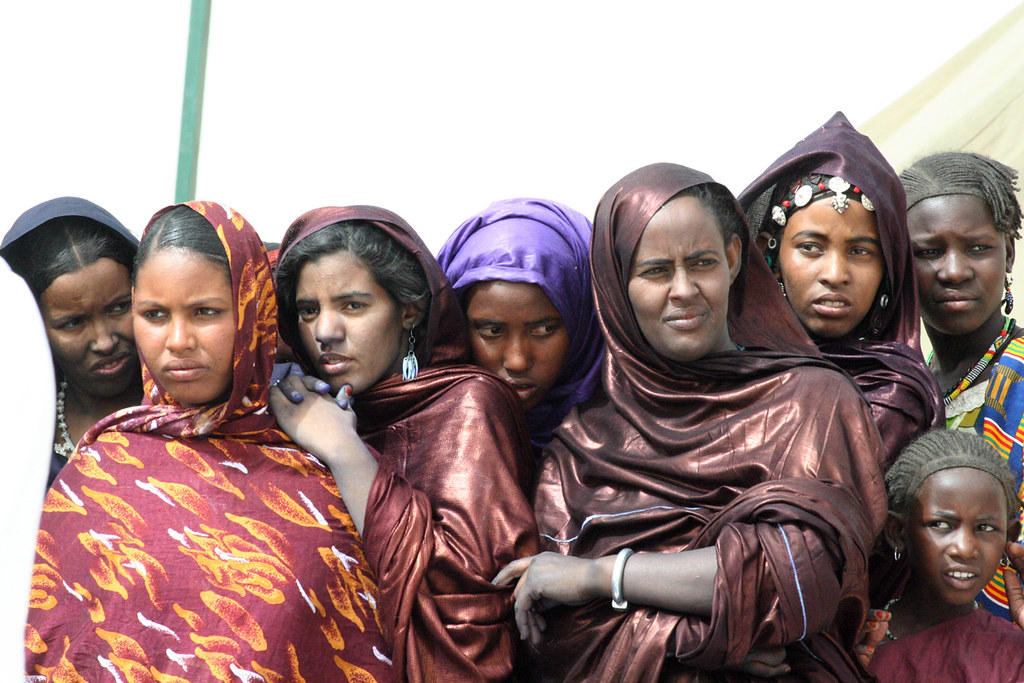 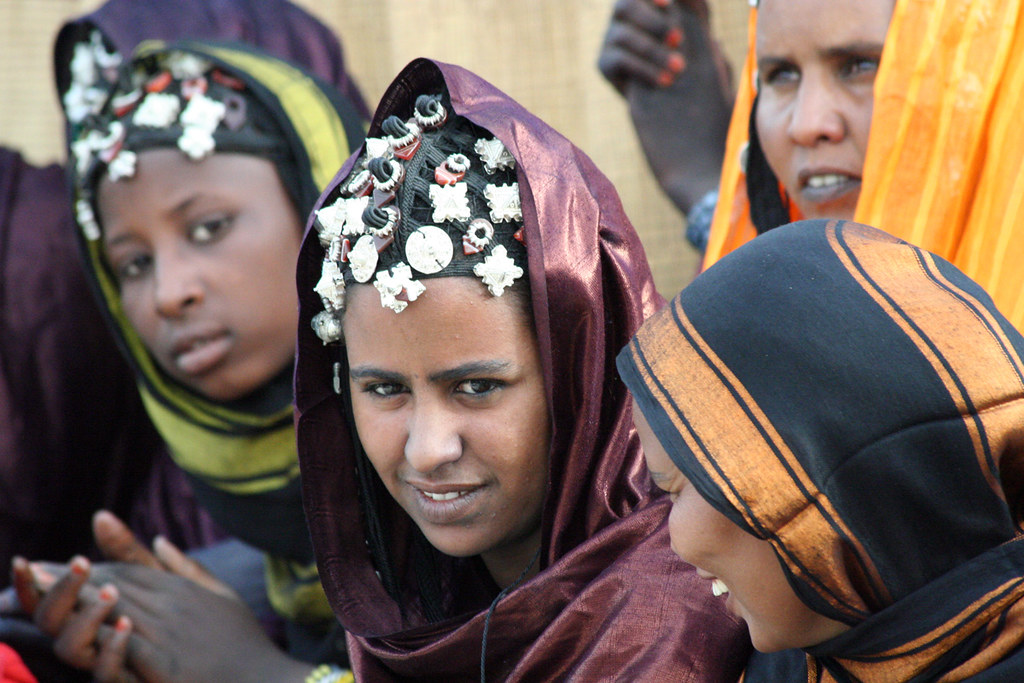 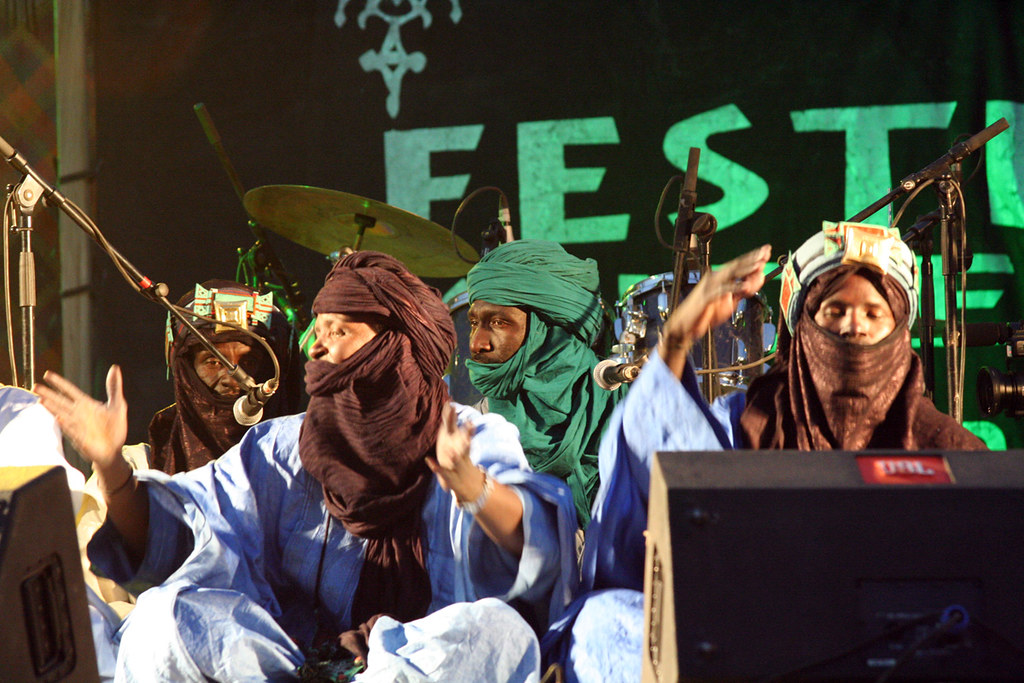 Bonjour to all you mighty Tuaregs and smelly Toerags

Well, we are now back in Sevare in central Mali after arriving from a week in Timbuktu which included the 3 day music Festival au Desert in Essakane… And all we can say is that getting to Timbuktu was easy, but getting back was FRIGGIN AWFUL!!!

Man… the last music act finished at 4am yesterday morning, but we only made it through to 2.30am since we were so knackered… and THEN after only 2 hours sleep, we had to get up at 4.30am ANYWAY to take down our tent and pack up the campsite!

And to make a long story short… after 22 hours, one busted tyre and several malfunctioning headlight repairs later, we rolled into Sevare at 2.30am this morning which SUCKED even worse than you can imagine since I had a migraine the whole way back on roads so bad, that our truck almost vibrated itself to pieces. 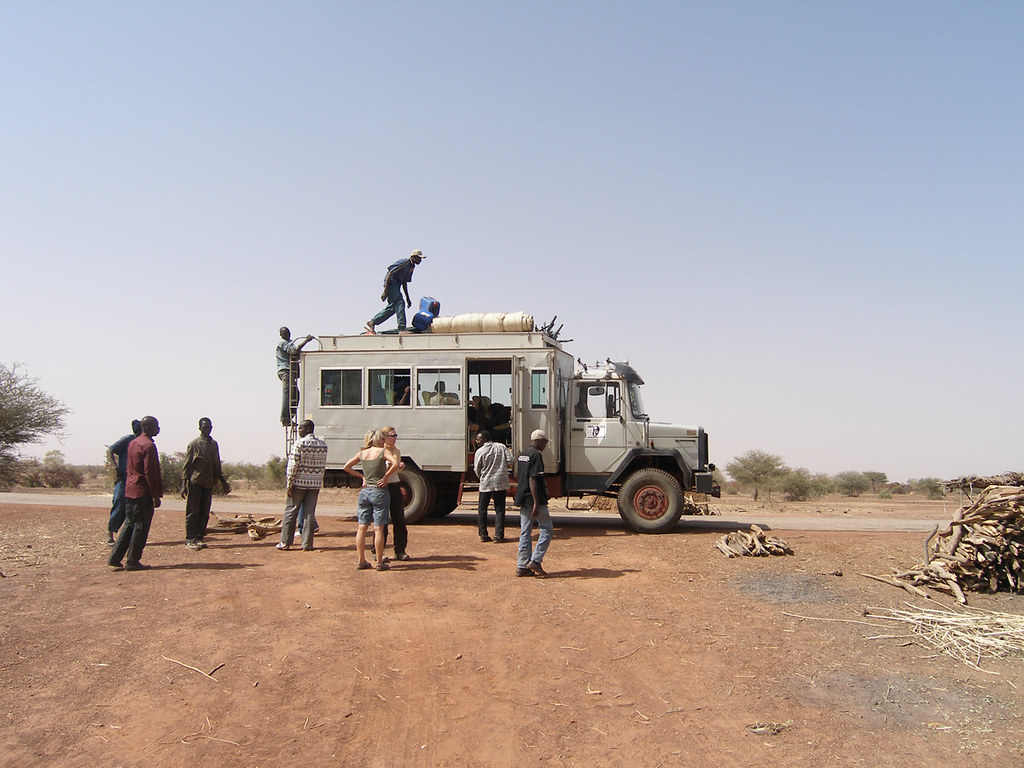 Basically it was a fucking ROTTEN trip, which was sad since it was actually a very depressing way to finish what was an absolutely AMAZING experience at the Festival.

Now for those of you who haven’t heard of it, the Festival au Desert is based on a traditional gathering of the Tuareg people who are the fearsome nomadic desert warriors who are descended from the Berber people that we came across in Tunisia, AND who ALSO gave Timbuktu its infamous name since in the early days, they slaughtered every white man who ever made the journey to Timbuktu.

However, in 2001 as a part of peace offerings between the Tuaregs and the Malian military, the Festival became a 3 day international music event, and is now hosted in Essakane, which is 2 ½ hours outside of Timbuktu and is a little encampment literally at the southern edge of the Sahara Desert where the dry red soil melds into the famous rolling white sand dunes of the Sahara. 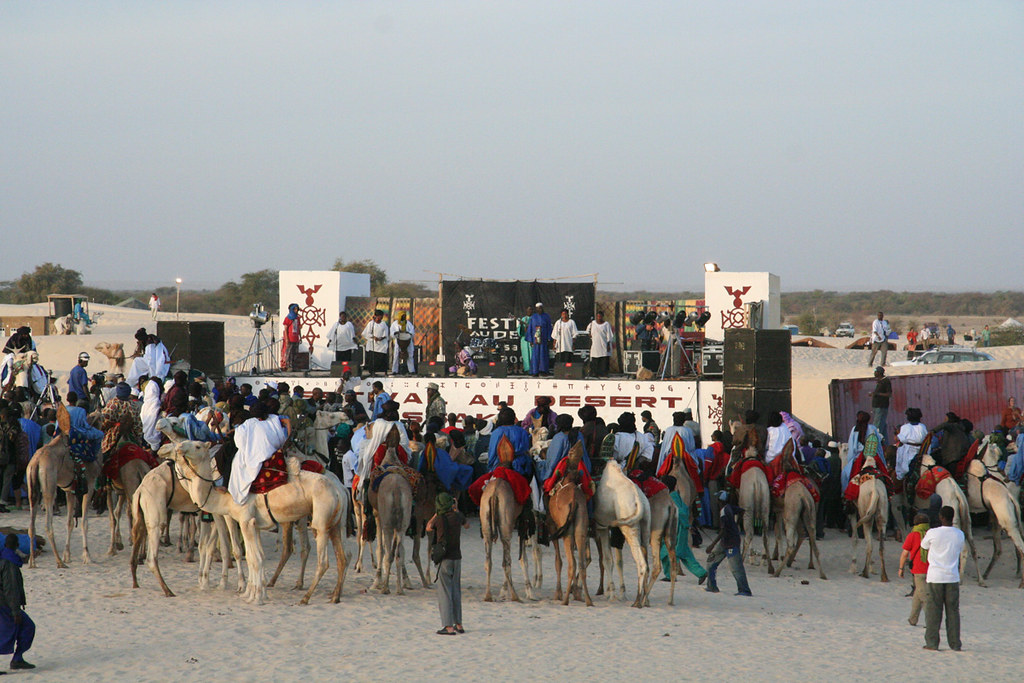 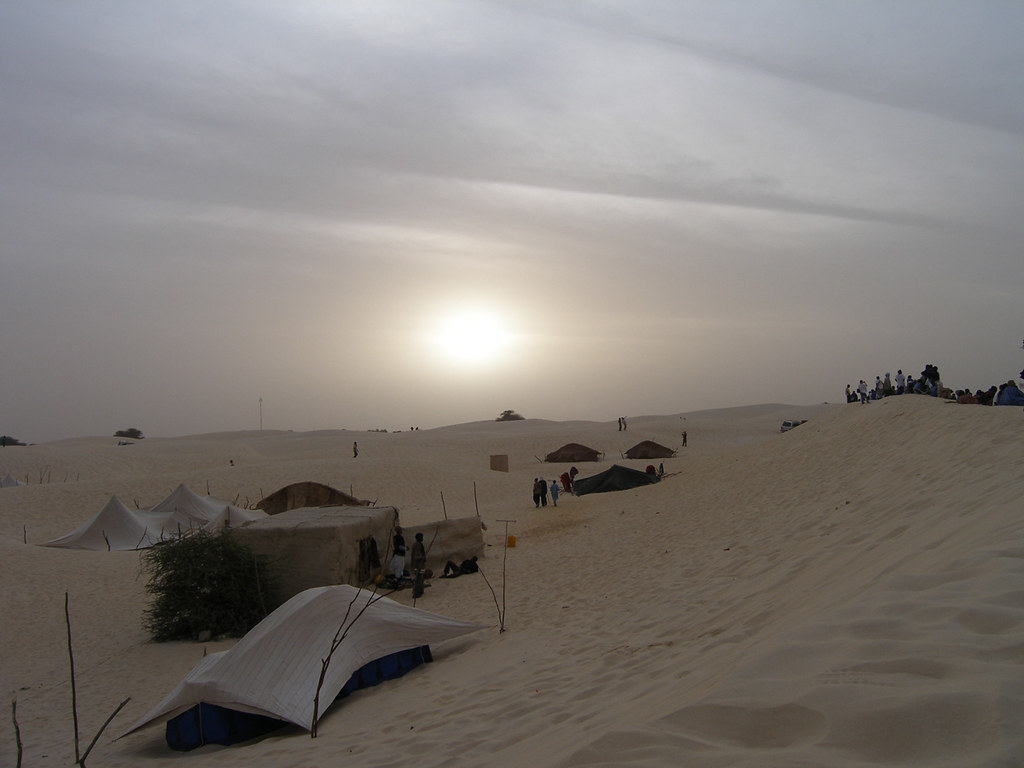 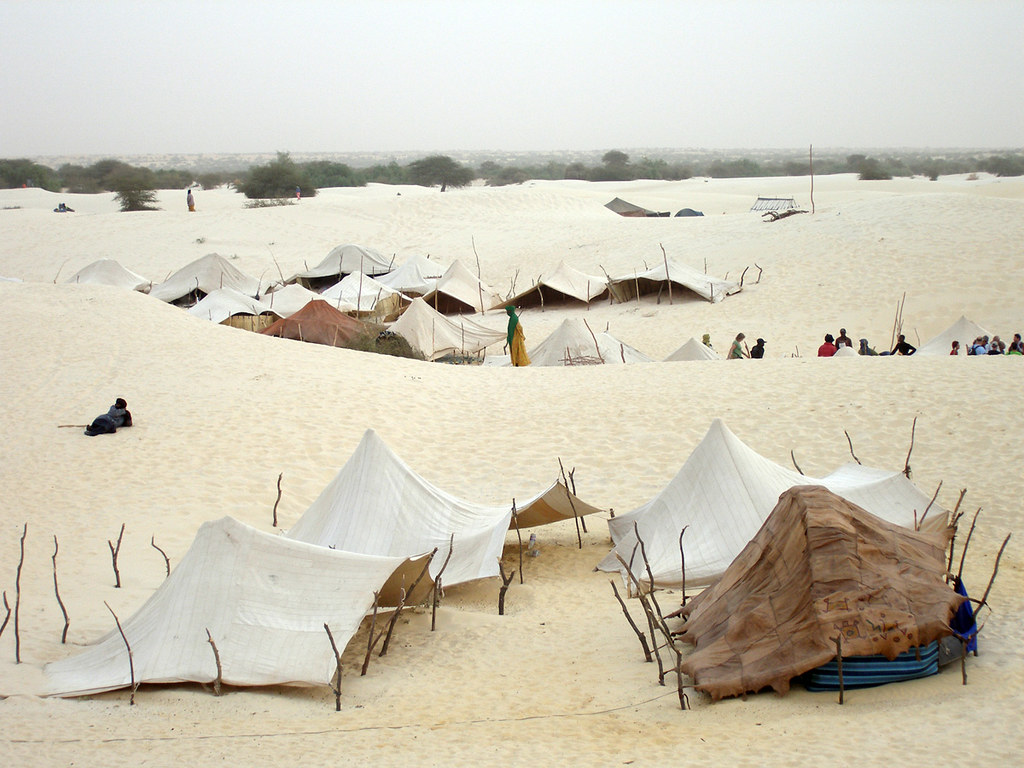 Now… if anyone is ever thinking of going to this, we would FULLY recommend it since we actually feel VERY priviledged to have seen such an AMAZING cultural spectacle… and to wet your appetites, I just have to tell you about our first day at the festival since the first sight of the Tuaregs all coming together was one of the most impressive sights that we have seen.

Basically, we had just set up camp when a group of about 50 Tuaregs arrived on camel back into a clearing just beyond our campsite. They just lined their camels up in a row and stayed there doing nothing, and not talking to each other. 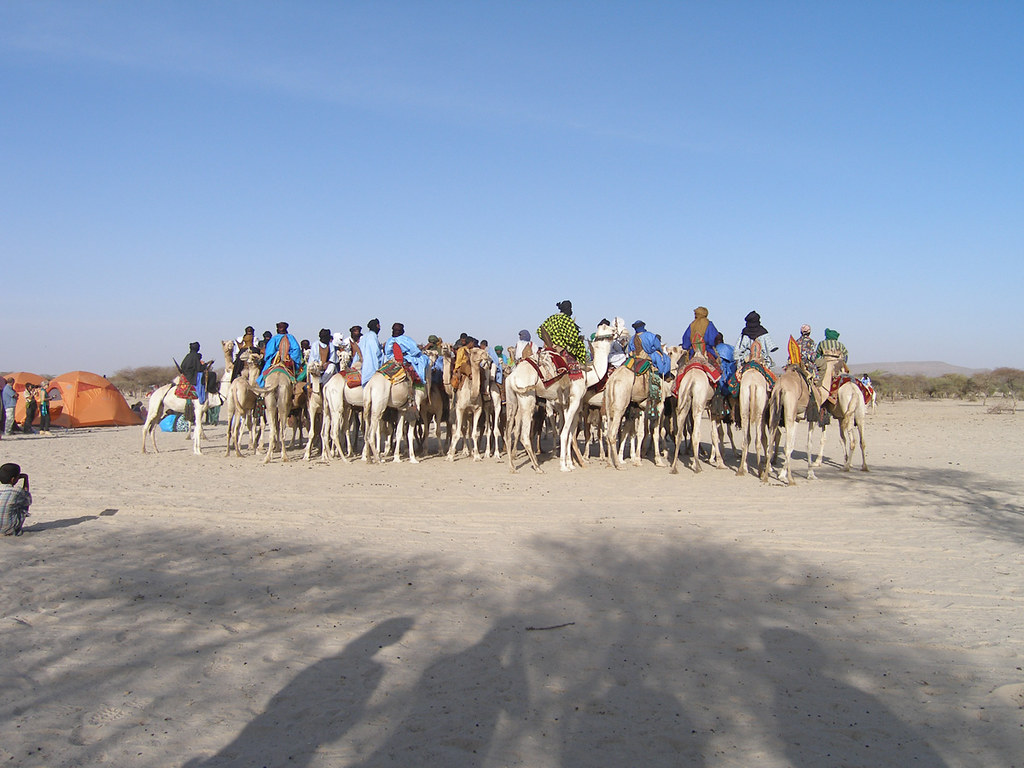 Then there was a few yells and the thundering of hooves, and a cloud of dust from behind us revealed another group of Tuaregs galloping RIGHT NEXT to our tents. And they just kept coming in groups from all directions until there were about 300 Tuaregs, all in different groups arranged in cavalry type lines and sitting quietly on their camels just staring at each other. 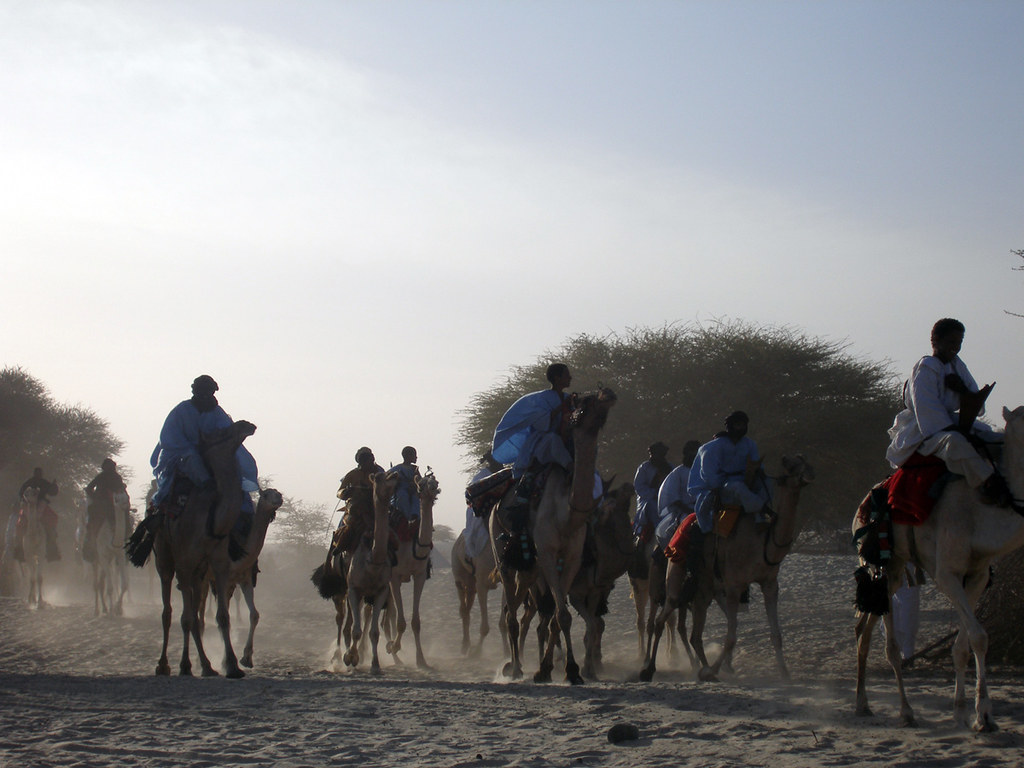 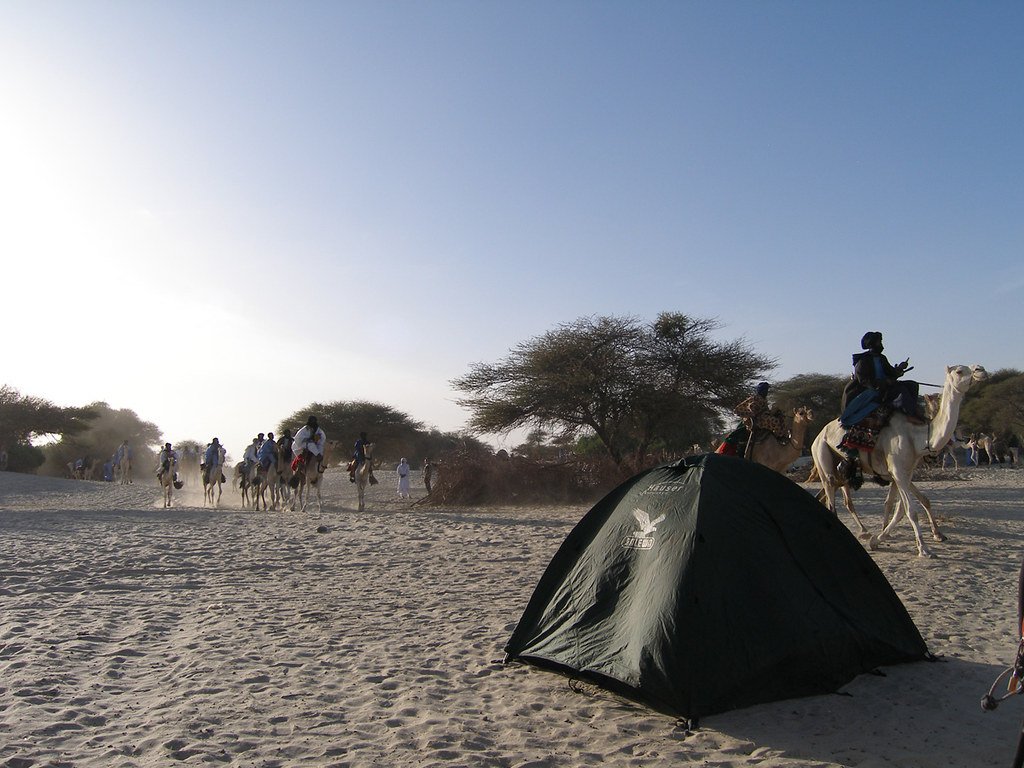 It was actually a bit weird since they didn’t seem to be interacting with each other verbally, but seemed to know what was going on almost like they were communicating telepathically… and although we aren’t sure, we think they were qualifying for camel races the next day. 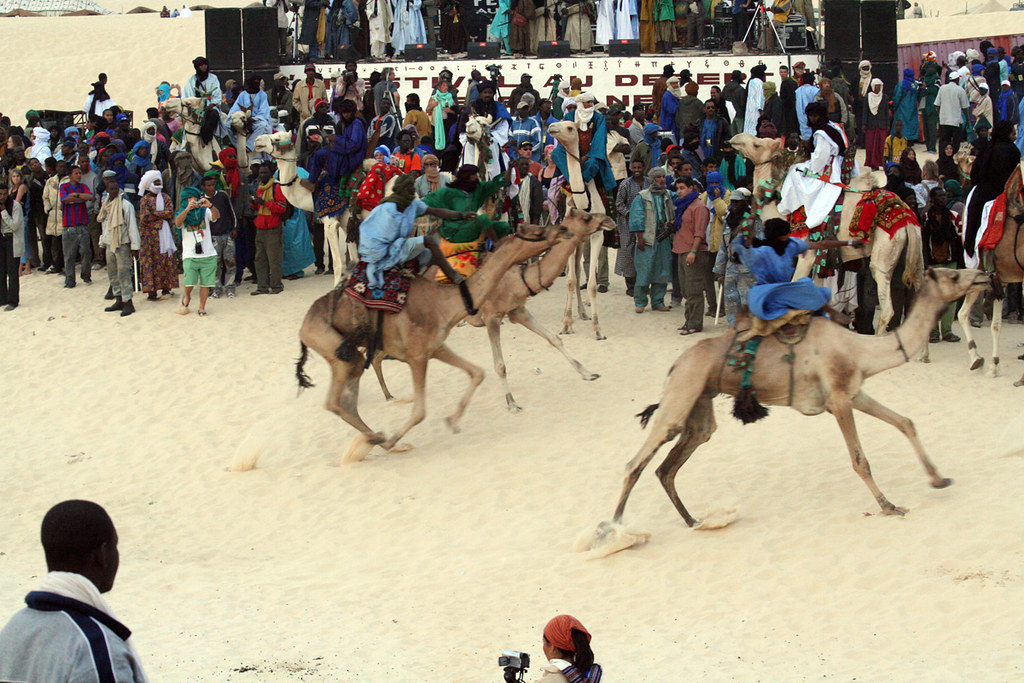 And as we were standing around in a group, I remember looking up in awe and feeling like a little kid, as a couple of masked Tuaregs slowly and silently came up from behind us sitting tall on camels that gracefully and powerfully strode passed us like giants from an Arabian fairytale. 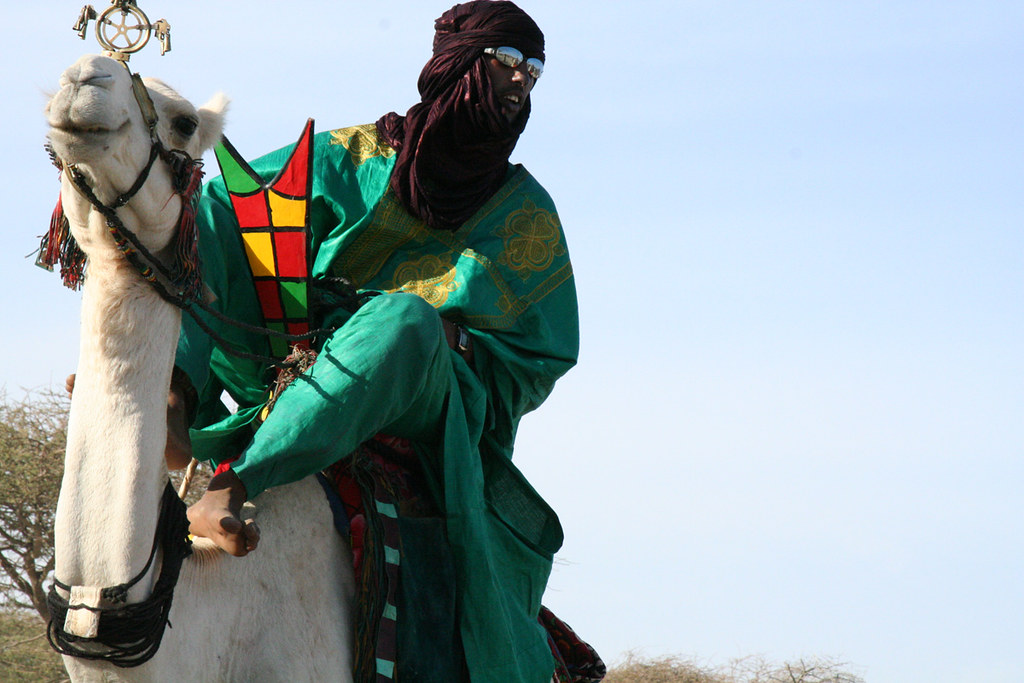 However, as much as I was impressed, I was COMPLETELY amused to hear Avril and several of the girls in our group talking afterwards about how much of a sexual fantasy turn on it was just seeing these turban wrapped Tuaregs on their powerful camels, and imagining that they were to be whisked away by these dark, mysterious masked men into some rose petal and sandal wood scented Arabian fantasy world of harems, silk and incensed desires!!! 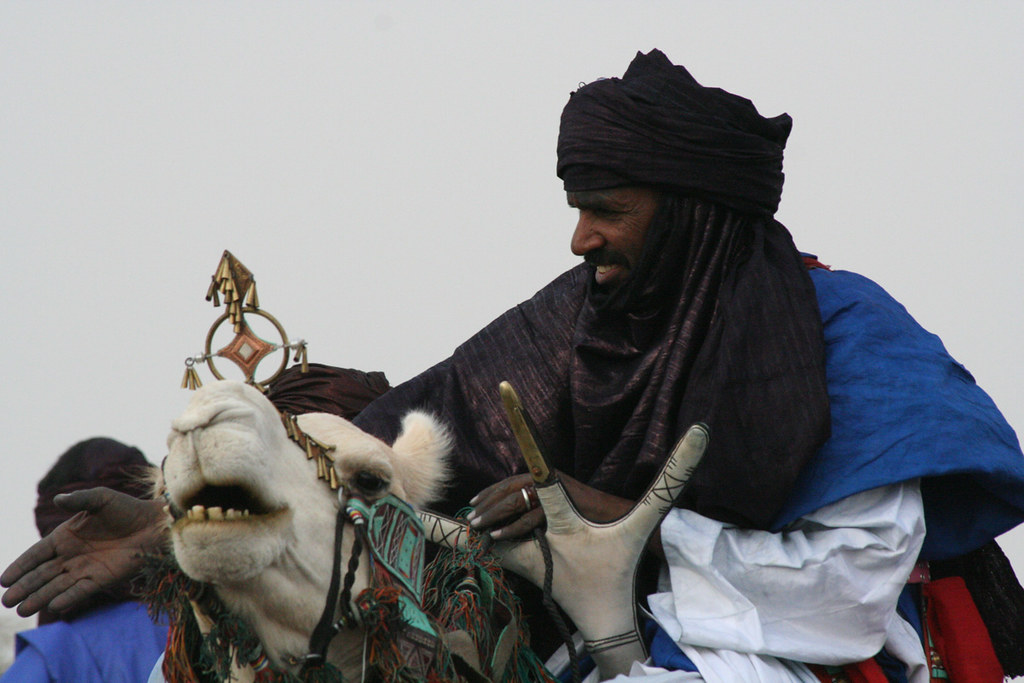 And on top of that, we met a couple of women who came to the festival and were dead set on nailing themselves a Tuareg man and ACTUALLY succeeded!!!

HOLY COW… Just when I thought I was beginning to understand the complexities of the female mind, I COMPLETELY get all confused again!!!

…Man… And here I was thinking that I had a winning combination to attract women by being a mild mannered, geeky doctor-artist with pumped up pecs and the amazing combined superpowers of being able to able to blow air out of my right tear duct AND also substitute the word “fart” for “heart” in ANY romantic ballad ever written!!!

But INSTEAD to attract women, I TOTALLY should have invented myself a smelly goat herder nomad who showers once a year due to the lack of water in the desert, has feet that look like alligator skin and teeth that look like rotting wood, rides a camel that permanently drools from the mouth and whose breath smells like camel fart, AND who belongs to a tribe of people who have a 30% syphilis rate so that they have to come in from the desert a few times a year to get Penicillin shots!

…um… But… um… anyways, back to talking about the Festival

The whole Festival was actually HUGE with lots of military presence and colourful people of all different tribes amazingly spread out over a HUGE area with gorgeous jewelery markets, campsites and traditional dances taking place around a single central stage which had a large sand dune in front of it that acted like a natural stadium… 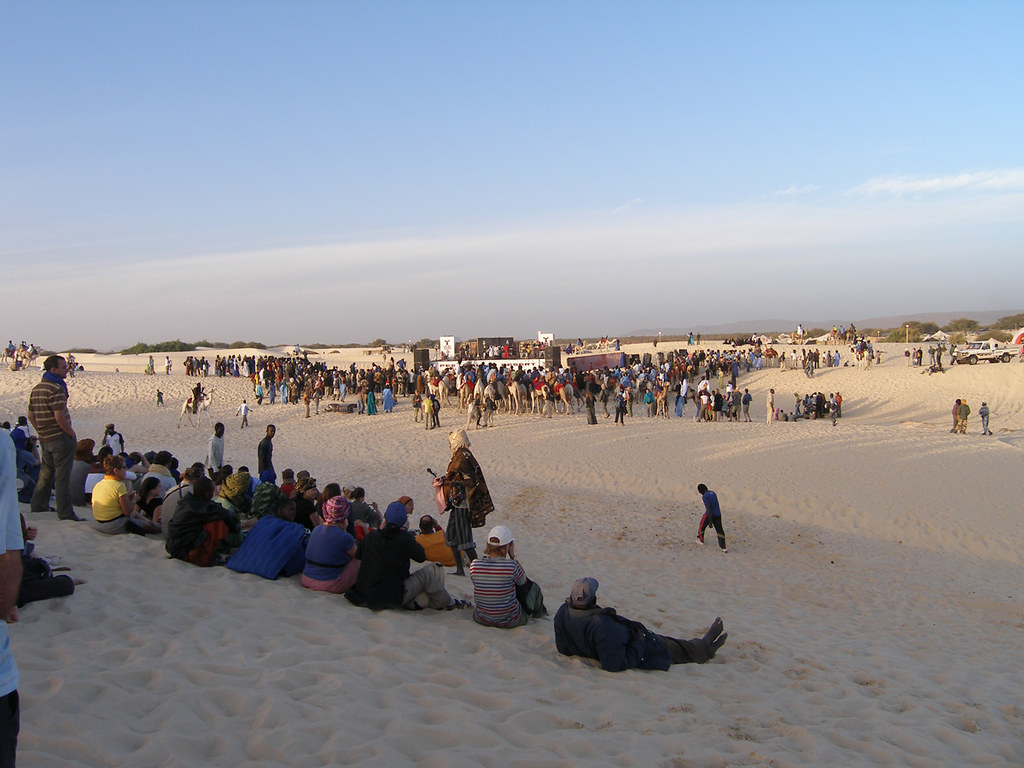 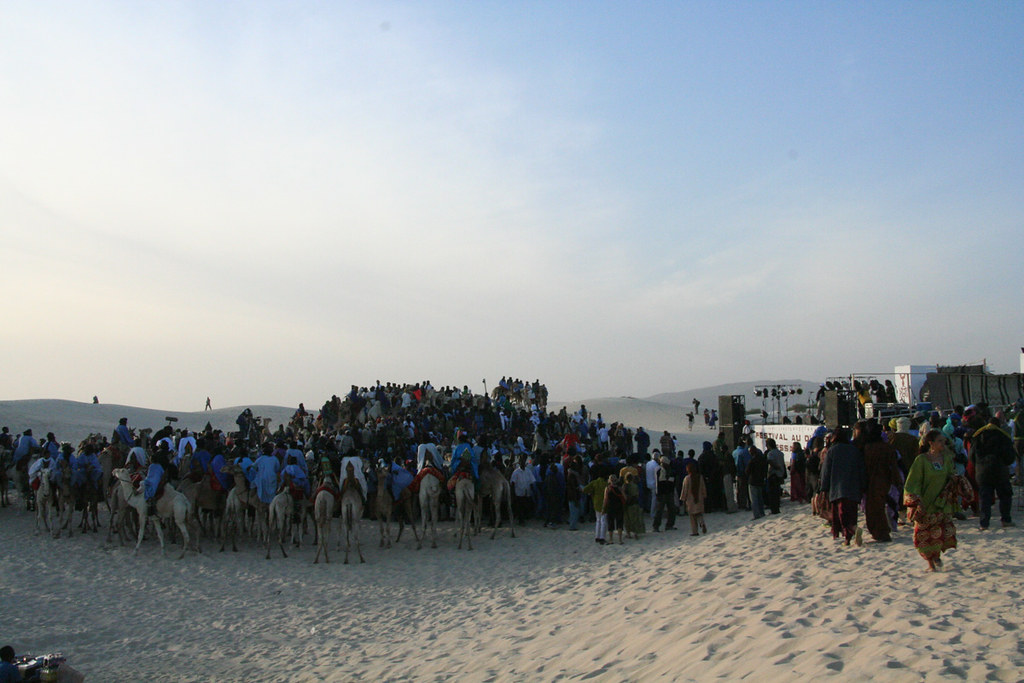 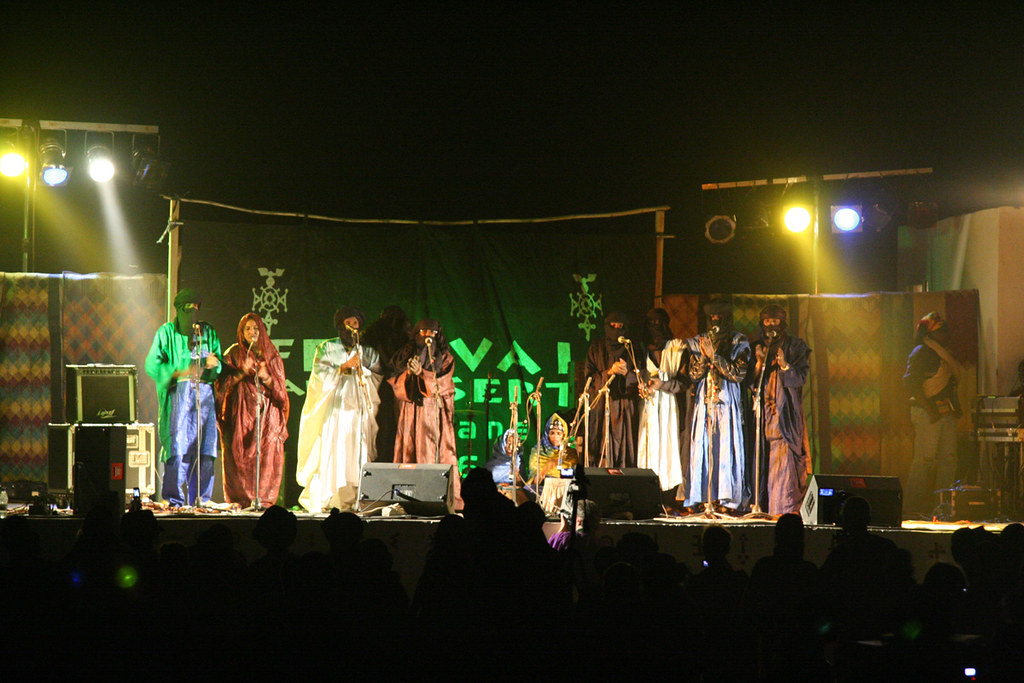 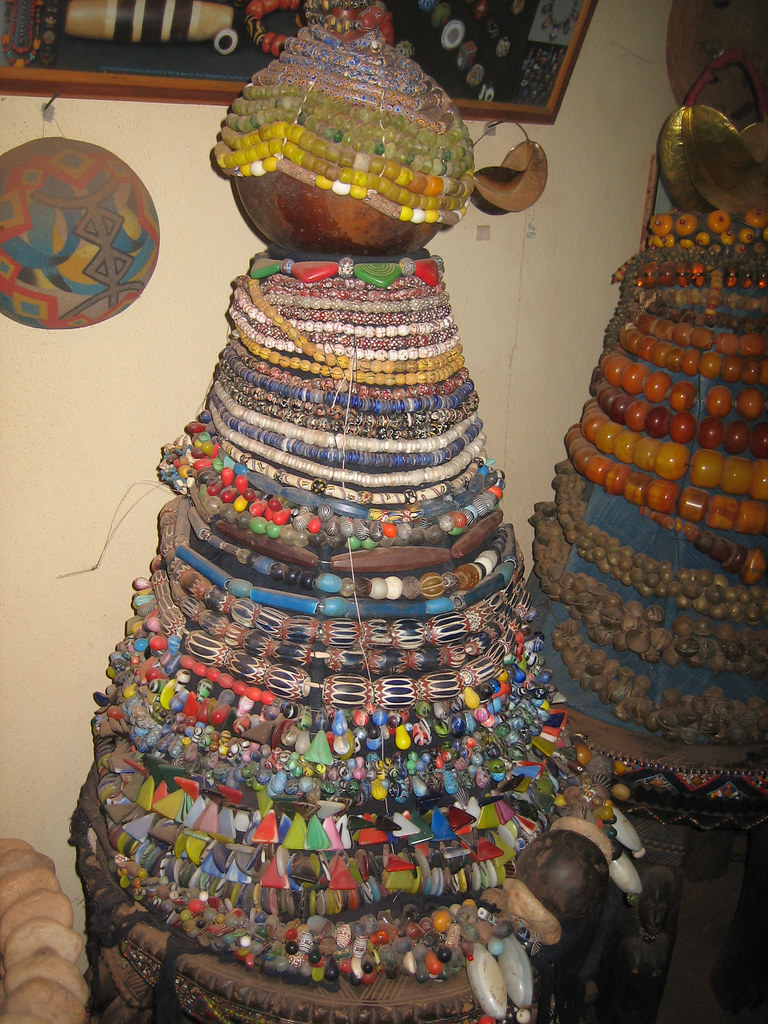 …And the music was a FANTASTIC mix of traditional Tuareg deep voiced gutteral type singing, mixed with African blues and roots from several African countries, the occasional more reggae sounding band, and about 3 or 4 international acts from the USA, Spain and Ireland included. 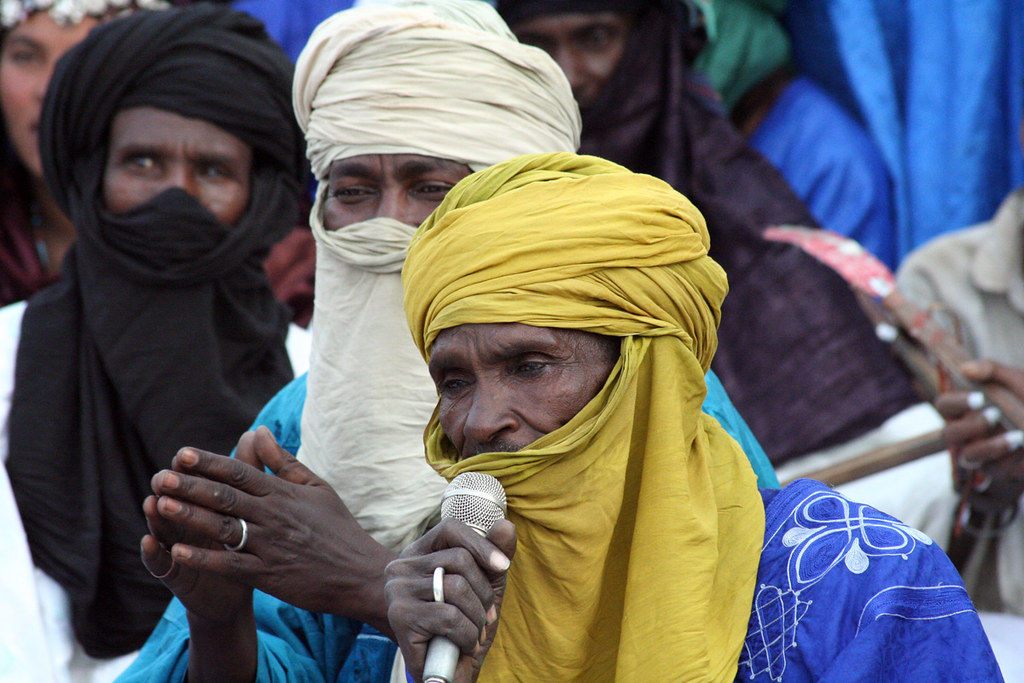 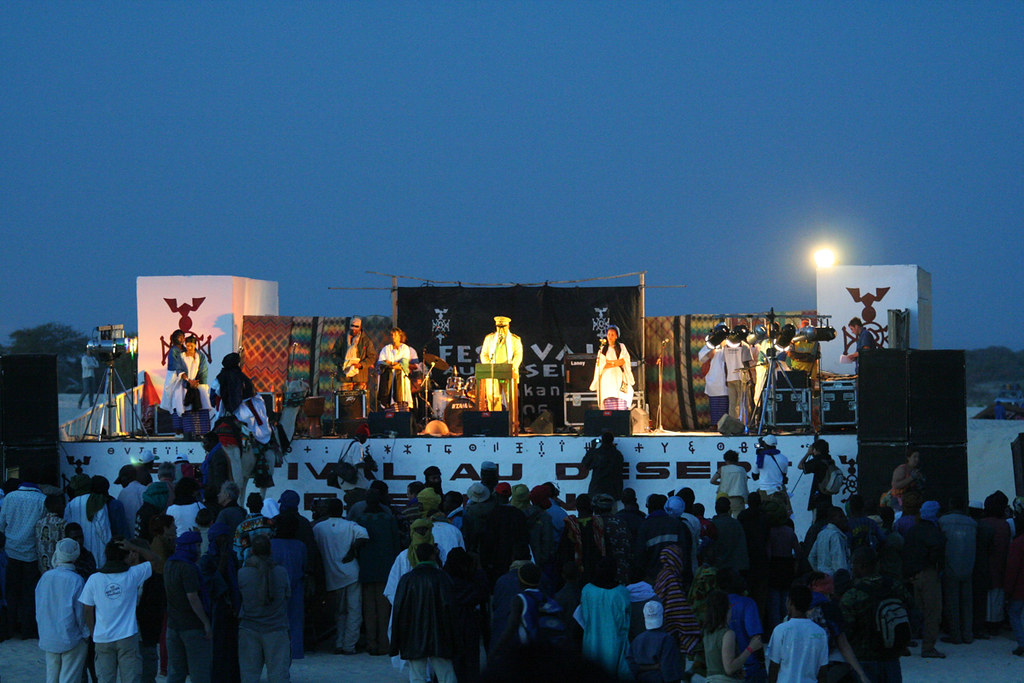 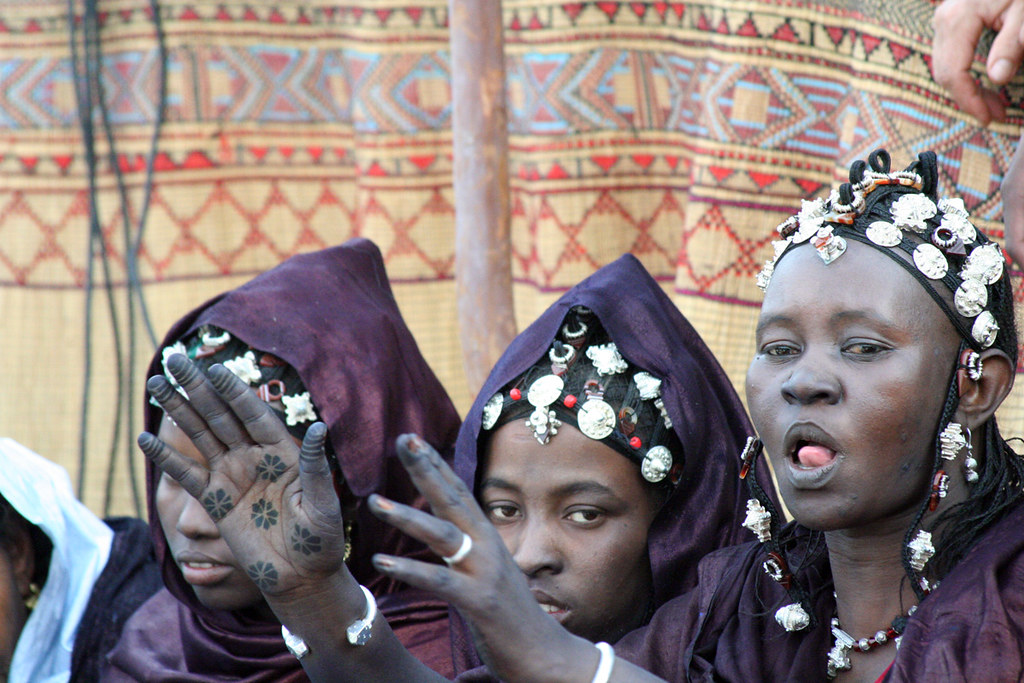 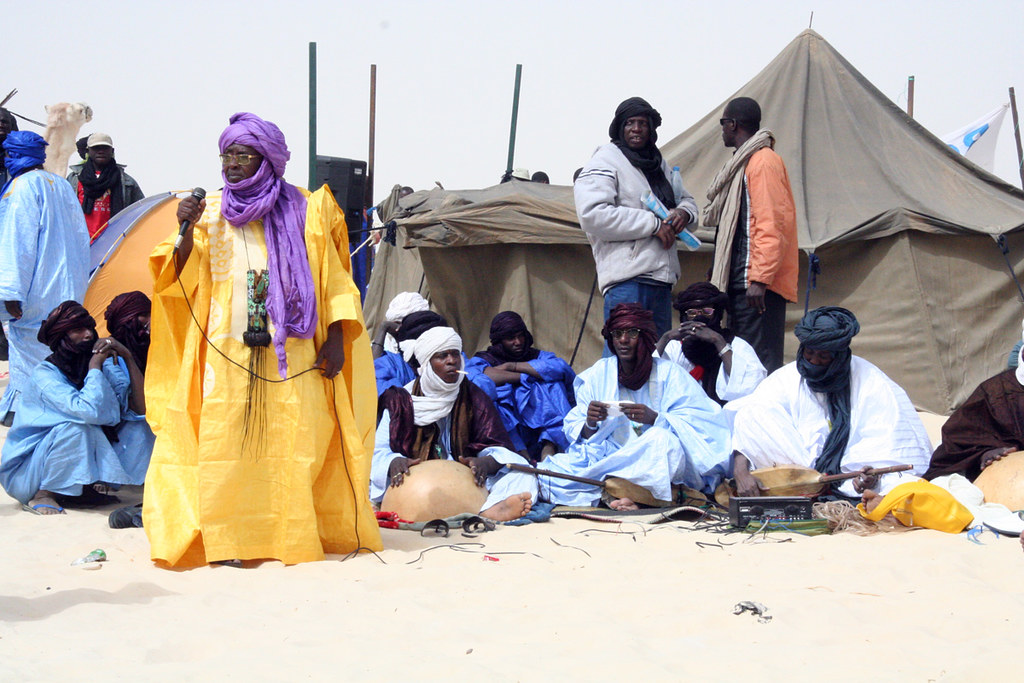 And like I mentioned in a previous blog, the type of foreigners that managed to get to a Festival like this were some of the most interesting people that we have EVER met in all of our travels, since they tended to be either very hardcore travellers, journalists and media representatives, African NGO workers, or just lovers of African music…

In fact, we were lucky to know about 35 people through internet contacts from before we came to Mali, so for us it was one of the most fun and most social bits of travelling that we have ever done just hanging out and listening to music with new friends. 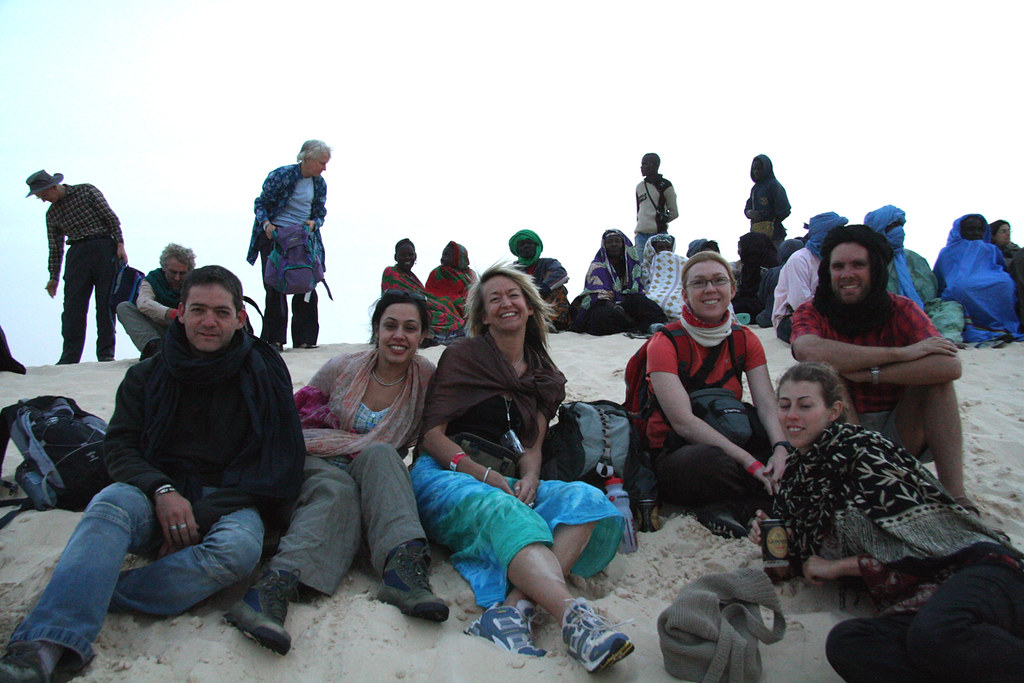 And if that wasn’t COOL enough, sharing a mosh pit in front of the stage with masked nomads on their camels was a COMPLETELY surreal experience and at least no-one was tempted to stage dive otherwise they would have ended up covered in camel spit!

The only downside was that the whole festival was blanketed in a fierce sandstorm that lasted a whole 2 days out of the 3 days, so everyone was coughing and spluttering and I ended up having a sinus infection that lasted for a couple weeks in total…

And our smart idea of having a breathable mesh summer tent for the heat was completely dashed when we woke up covered in sand after a vicious night of winds.

In fact since there are Harmattan winds during all these winter months, the WHOLE of West Africa is covered with a thick layer of dust from the Sahara, which apparently makes up 60% of the world’s dust production…

…But it ALSO means that picking our noses has NEVER been so interesting since the sandy texture of our snot just makes it an ABSOLUTE delight to roll into little balls with our fingers!!!

But anyways, we are now back in Sevare trying to recover and tomorrow I think we will be heading south towards Dogon country for 5 days of trekking. 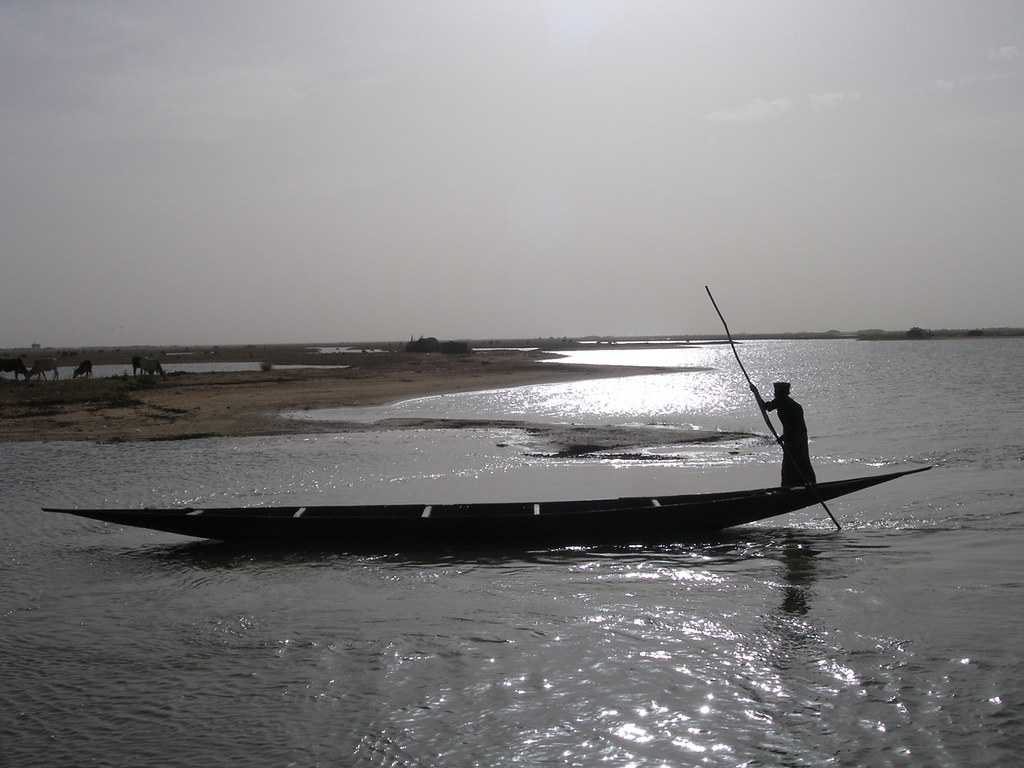 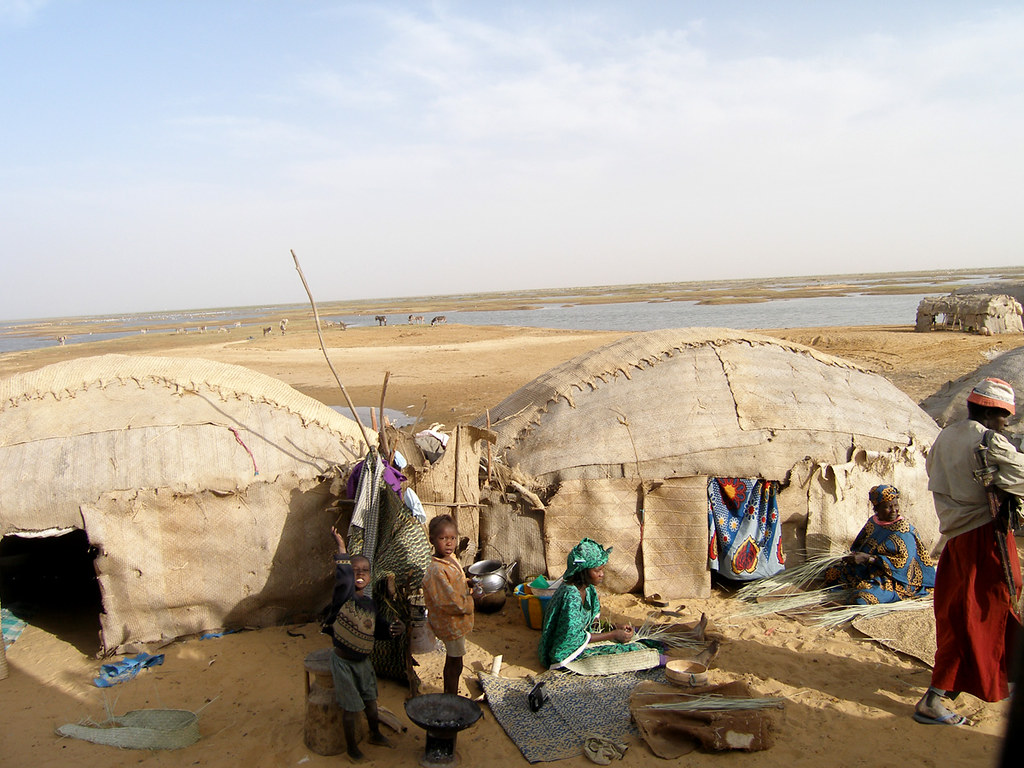 Gotta go and pack… Keep the emails coming so we don’t feel too lonely here in big scary Africa!!!

“I thought you said Timbuktu was in Bali, not Mali” Ced
Harem and Scare ’em Avril

PS. If you are bored and want to see what Timbuktu actually looks like, then you can click on this link, which also includes more Ced kung fu action and some of the most impressive people shots of the natives from the Festival that we have ever taken thanks to Avril’s snappy new 300mm telephoto lens!

PPPS. If you want to see some of the footage from our 2007 festival I found these on youtube as well as a documentary.