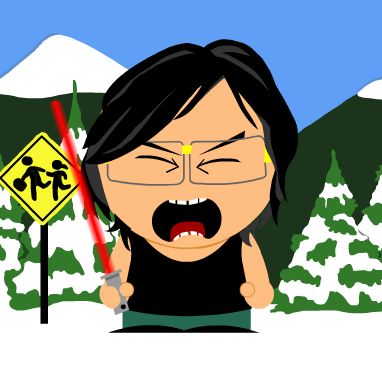 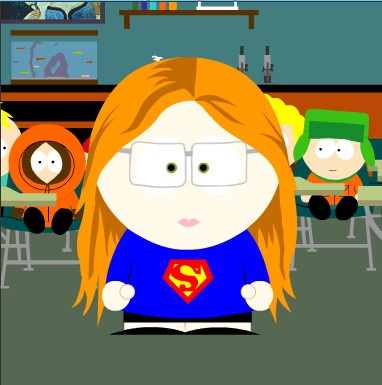 Our photos from when we went down to South Park? http://www.sp-studio.de/

Hey there to all you funky monkeys and secret squirrels and a big Nollaig Shona Dhuit which is Merry Christmas in Irish.

Well, it is currently a freezing cold Christmas eve in County Kerry, Ireland and today we did the traditional Irish thing, and we joined the locals for a swim in the Atlantic, which seems to be THE fun thing to do all over Ireland at midday on Christmas day… NOT!!!! 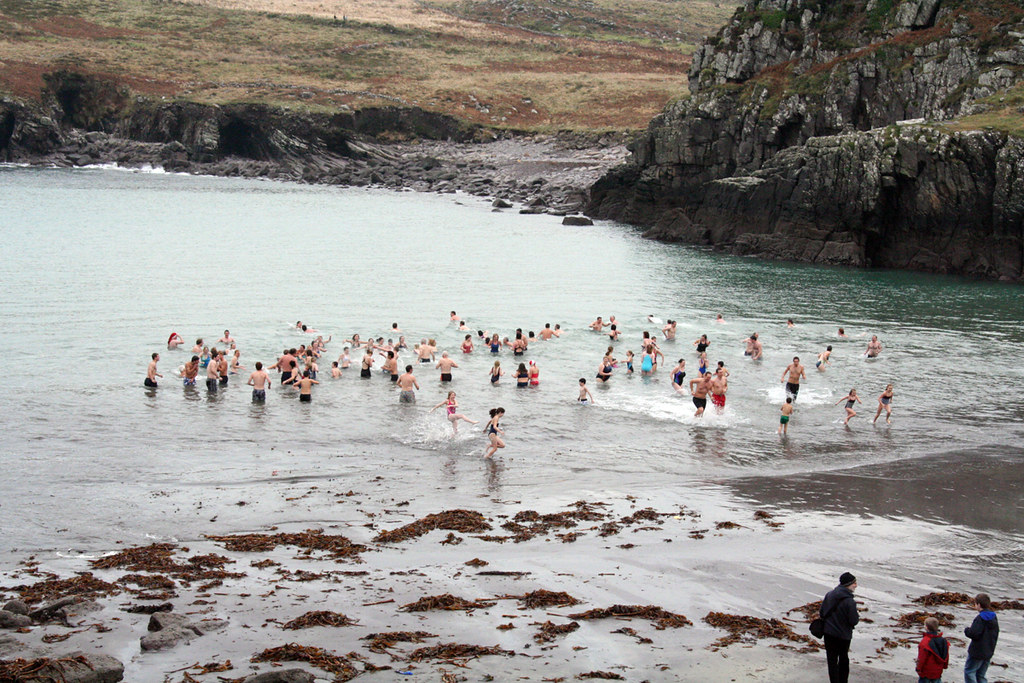 So… if this blog reads a bit slow, it’s TOTALLY because I am typing with one hand since the other hand is desperately groping around my groin trying to find my left testicle which seems to have disappeared in the cold! 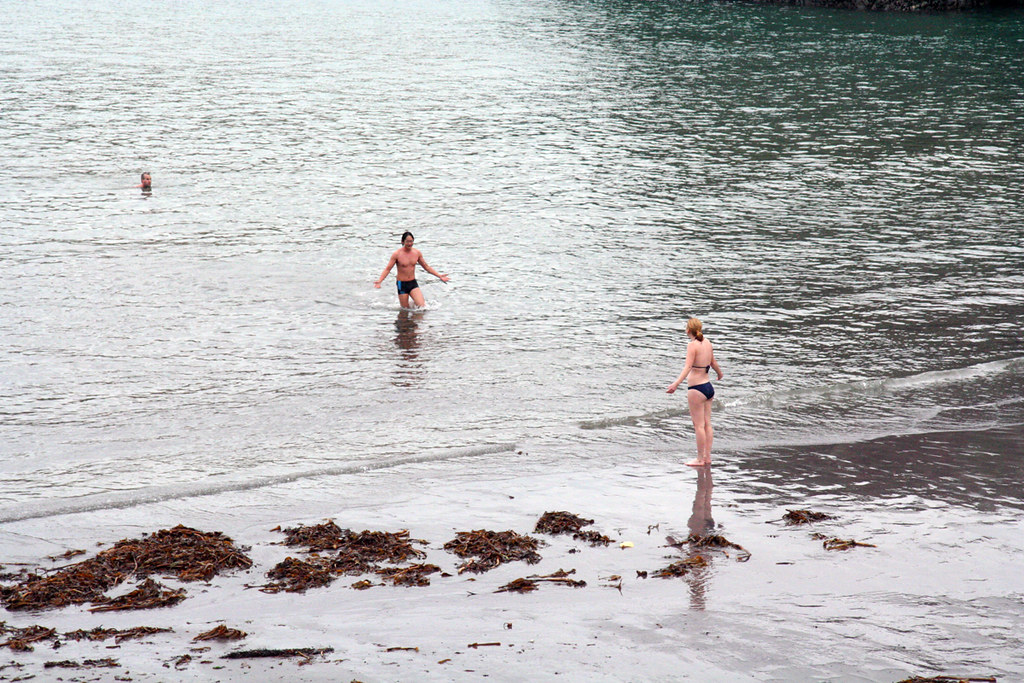 Anyways, we are finishing up for good in Ireland on the 3rd of January, and I guess we should be blogging about our mixed emotions about leaving…

…But instead, we have been TOTALLY FREAKING OUT since for the last few weeks we have been COMPLETELY preoccupied with researching big SCARY Africa, so we thought we’d blog about that instead!!!

Needless to say, we have been a little nervous since we don’t speak French, and Mali is also surrounded by some pretty dangerous war torn countries like Algeria and Cote d’Ivore (The Ivory Coast)…

And similar to when we went to Colombia, our heads are filled with the media’s unbalanced portrayal of West African countries being violent and war torn with child soldiers running around like in that Nicole Kidman movie, The Interpreter!

Not only that, but all the traveller’s reports that we have been reading have painted Mali as being one of the toughest countries to travel in since there are also lots of people hassling you and trying to rip you off, since the locals are so poor that they consider foreigners as walking cash cows.

And since 2/3rds of Mali is Saharan Desert, it is also VERY hot and dusty with only poorly organised and overcrowded bush taxis for transport, police corruption and bribery everywhere, one of the highest death rates from Malaria in the world, and heaps of other FREAKY-ARSED diseases that have been designed to make paranoid doctors like me want to wear a full body condom!

AND THEN… On top of all of that, just as we’ve been researching going EVEN FURTHER into the Sahara Desert than Timbuktu, to the Festival au Desert which is the remotest music festival in the world…

…We THEN go and read that as of October this year, the US embassy received information suggesting a possible terrorist threat to US interests in Timbuktu and also Essakane which is where this festival is to be held…

…And it is most likely due to the fact that the Tuareg desert people who are hosting the festival have just declared war on an Algerian terrorist group linked to Al Queada called “The Salafist Group For Preaching And Combat” (GSPC) who have recently set up terrorist training camps in the area!!!!!

…AAAAAAAAAAAAAAAAAAAAARGH!!! Now, despite me looking like an intrepid traveller, I’m a big scaredy cat at the best of times, and stoopidarsed travel advisories ALWAYS freak me out!

But similar to Colombia, Avril is the one who reckons we should still go, so if we end up D-E-A-D, then I am TOTALLY going to kick her arse!!!

But seriously, despite all the FREAKY shit that I have just written about Mali, the real reason we are going there, is because Mali is the home of the Dogon People and their legends represent the best evidence that ancient man may have been visited by an ADVANCED ALIEN RACE from the stars!!!

That’s rightâ€¦ If we get bumfisted by Algerian Salafist terrorists, then it is TOTALLY because I am fulfilling my wish to become like Mulder and star in my own X-files show… with Avril as Scully of course!

I’ll probably write more about it when we are there, but basically in 1947 a French anthropologist called Marcel Griaule documented that the Dogons worshipped fish faced beings wearing helmets, who came in a ship from the Sirius Star system and lived amongst the people of ancient Egypt and Sumeria.

Not only that, but somehow despite being a very primitive race living in mud huts, the Dogons knew that Saturn had rings, Jupiter had 4 big moons, and that the Sirius System had 3 stars that spiralled each other in a 50 year DNA helical orbit, and they also knew that one of those stars, Sirius B was very small and very dense.

But the real mystery was that although Sirius A can been seen with the naked eye, Sirius B wasn’t actually discovered until 1862 and like the Dogons predicted, it is actually a small, dense white dwarf star… and yet they had it documented on a 400 year old mask, several hundred years BEFORE telescopes were even invented!!!!!

…And even though the 3rd star has never been seen, ONLY since 1997, have astronomers actually found gravitational evidence suggesting that the 3rd star that the Dogons worship, may ACTUALLY exist as well!!!

HOLY CRAPPOLI!!! Now if that isn’t the bestest UFO yarn you’ve ever heard, then the goose flesh on my arse is a monkey’s uncle!!!!!

So anyways, Mali is going to be the toughest travelling that we will ever likely do, but stayed tuned, because I think it is also going to be the most interesting as well!!!

At this stage we think we will be in Africa 2-3 months and while we are gone, PLEASE don’t send us any big attachment emails as internet is going to be really slow… (Yes Darlene… as much as we like David Hasselhoff, we are going to need to be Hoff-free for a few months!)

But feel free to write to us since I think we are going to be culture shocked and wanting some home comforts.

Anyways, gotta go and warm up some more.

PS. If you are bored, here is the link to our Christmas day swim pics.

PPS. Oh we forgot to mention that on top of all the countries that we have been to, South Park would have to be one of the coolest, so we’ve attached pics of us in South Park! And if you are interested in going down to South Park, here is the link to make little South Park cartoons yourself… http://www.sp-studio.de/ And make sure that you send us a copy too!