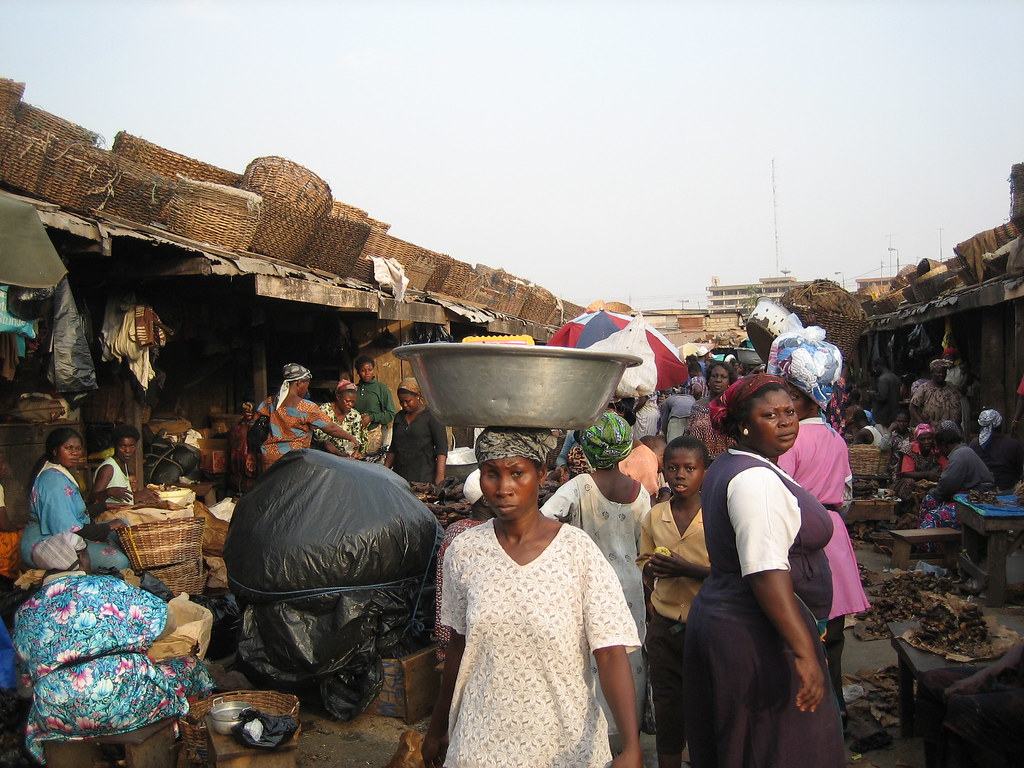 Hey there to all you funky monkeys and secret squirrels

Well, we are currently in Accra, the capital city of Ghana in Western Africa and although we would really like to write some nice things about Ghana, we can’t… because this place REALLY STINKS!!!

Man… before we got here, people warned us that Ghana smells like a toilet, but we thought that they were just joking… 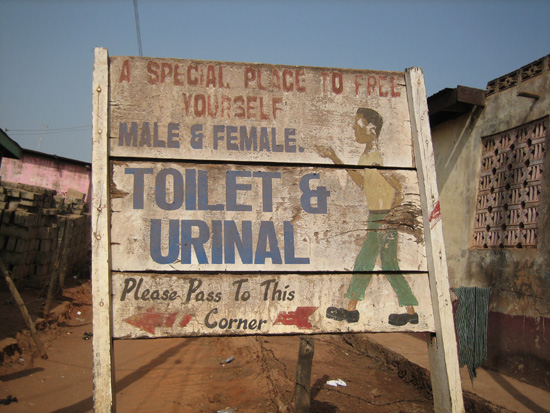 But yesterday we realised that they LITERALLY use their country as a toilet, when we walked over a foot bridge in a wealthier area of Accra and were hit by an even smellier smell than usual… and then almost gagged when we saw a heap of locals just taking a dump into an open sewer just off the road next to a food market.

Now I guess when you are in a poor country, you should get used to the sights and smells of human excrement everywhere, but I DEFINITELY still got a little bit of vomit come up in my mouth when I also watched a guy just taking a big dump into the surf on a swimming beach where kids were playing! Bleeeaaaargh!!!

And even though it has been a similar situation with open sewers and rubbish everywhere in Mali and Burkina Faso, those countries actually don’t stink anywhere as much as Ghana, since Ghana is SO hot and HUMID that the stench is like a permanently warm fart cloud that is actually INESCAPABLE.

In fact, it was SO bad that we actually found ourselves humming that Celine Dion song “Near, far, where ever you are, I believe that the fart will go on”

Yeah… OK that was a lame joke, but you can’t expect me to write about a country smelling like a toilet and not throw a fart joke in…

Anyways, compared to Mali, we really weren’t impressed with Ghana at all.

In the guidebooks, Ghana, along with Malawi is often described as “Africa for beginners’ since it is often considered as friendly, hassle free, westernised, English speaking and even though it doesn’t have any major tourist sights, the people are apparently so lovely that it is worth the visit to see them.

Well, we found that to be absolute BOLLOCKS!!!

Although there were some lovely Ghanian people, we got hassled for money WAY more than in Mali or Burkina Faso and the people were often loud, argumentative and often VERY unfriendly and uninterested.

Not only that, but along with the stench, we found the heat and humidity to be ABSOLUTELY oppressive! And coming from Australians, that means that it was REALLY BLOODY hot!

And we found that travelling here was MUCH tougher than in Mali since Ghana is more tropical, has more Malaria and disease risk, and there were powercuts every few nights meaning that fans didn’t work, so we often had to sleep under mosquito nets in a pool of sweat! Yuck!!! One night we even had to erect our tent on top of the bed since the mossie net was full of holes.

And even getting onto transport was a stress since Ghanians have some of the highest road fatality rates in Africa due to speeding and we saw 1 or 2 serious accidents everytime we travelled on the roads.

Anyways, we met very few other tourists here, but there were a heap of really young volunteers who were just out of school or University, and ooohing and aaahing that they were roughing it in Africa, and we reckon that that is why Ghana has been labelled as “Africa for beginners.” It’s full of new grad idealistic young wankers roughing it for the first time out of Europe and the US.

But for us, we found that Ghana is a classic example of westernisation gone wrong since there is rubbish and plastic waste everywhere, and we found that it was really hard to appreciate the African culture here when you have American hip hop blaring out of speakers in the street, and women who may be wearing a traditional African dress, but then wearing a Nike or Adidas T-shirt over the top of it.

But I guess for a lot of inexperienced travellers it would probably be comforting to see familiar Western brands and labelling in Africa, but personally we found Mali to be a much more genuine African experience.

But even despite this, there were some good things about Ghana.

Ghana cracked us up with some of the names of shops and businesses. They are so god fearing that it is considered lucky to have something religious on your shop like “Hand of God Hairdressers.” In fact we needed to get some stuff shipped to us in Ghana and we asked the sender to put religious saying all over the package just to ensure that it didn’t get stolen by instilling guilt in would-be thieves. 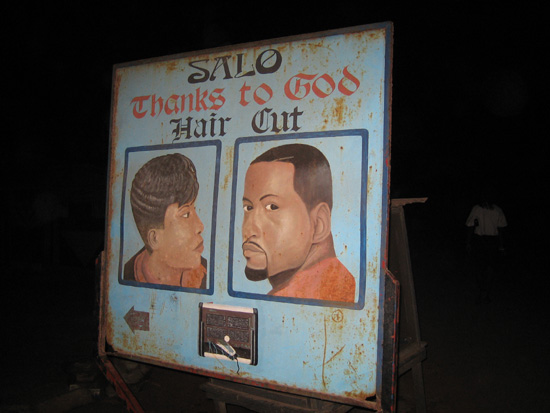 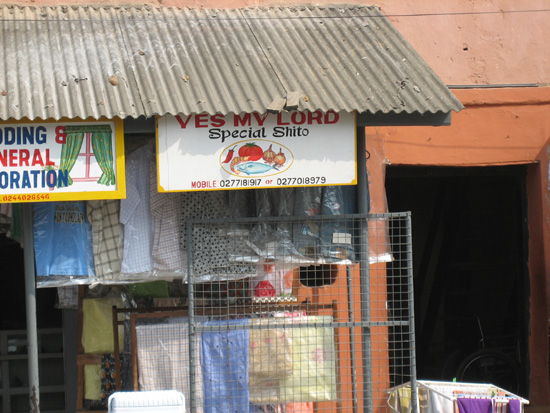 And so, Ghana also has a some really colourful fishing villages and nice beaches, although I personally wouldn’t swim in them myself when they smell like sewers. 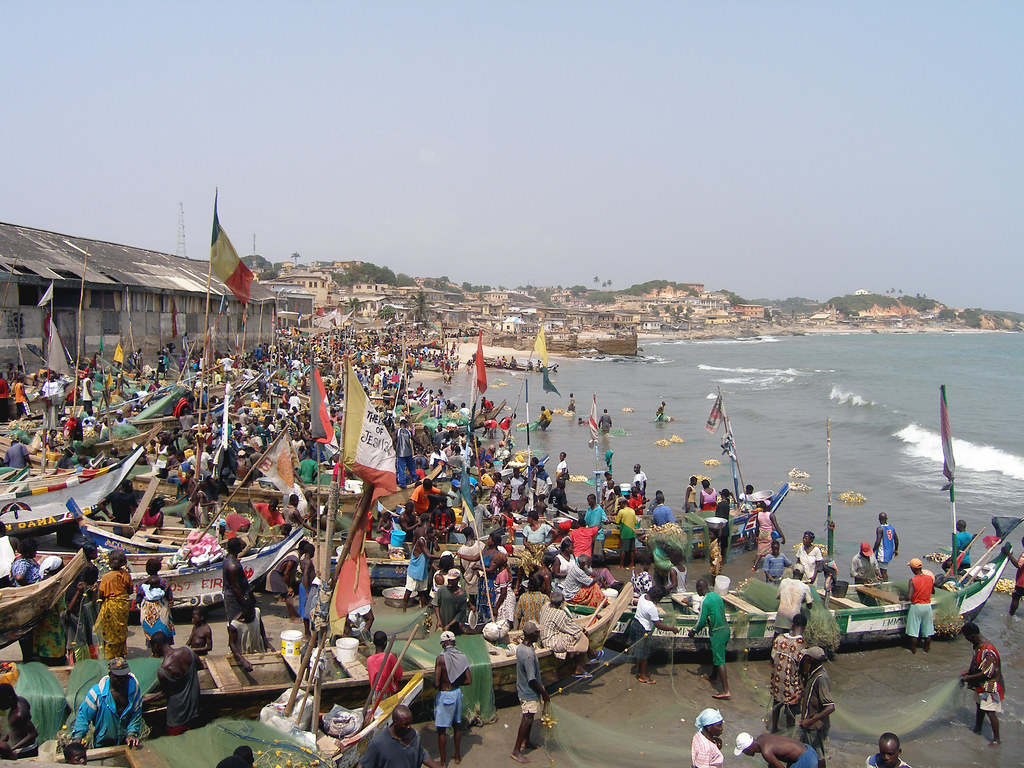 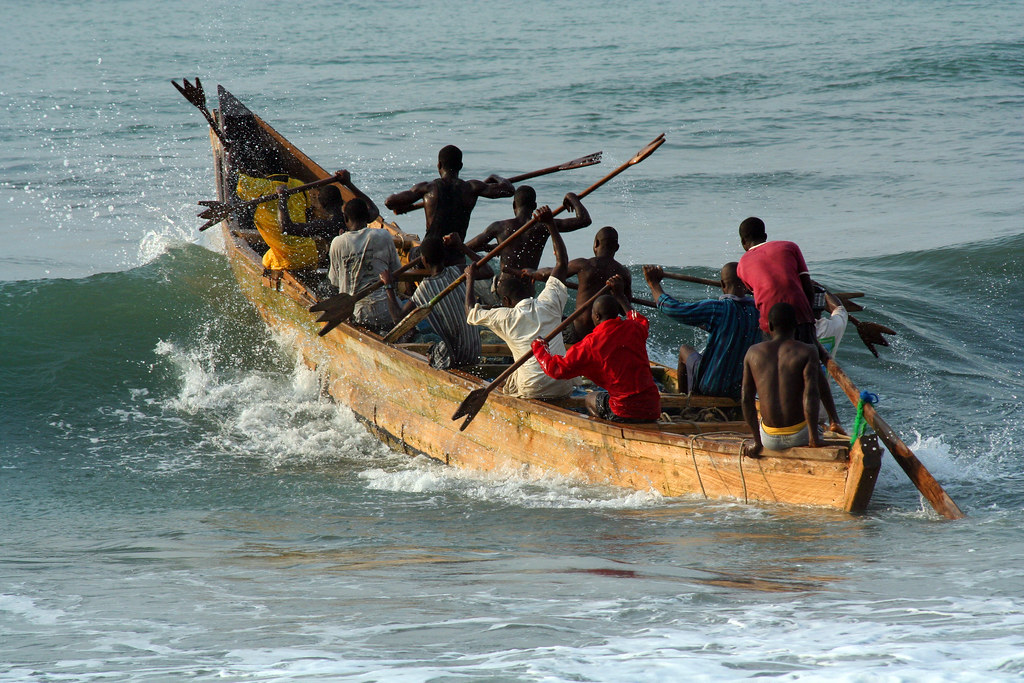 And we did spend a nice couple of days on Lake Botsumpti which was a hopefully schistosomiasis-free lake formed within a huge meteor crater in the famous Ashanti region of Ghana.

And also from a medical point of view it was interesting to see how the overcrowding, poor sanitary conditions, and tropical heat really do make it a breeding ground for disease and drug resistances, especially when new generation antimalarial drugs like artemesins are being dished out like lollies.

But the main attractions in Ghana are its fascinating slave history, and for Avril it was the bead trade history.

Kofi Annan’s hometown, Cape Coast in Southern Ghana was the main slave trade port for most of the slaves that were sent to Brazil and the Americas, and although we thought the fort here would be depressing… It was actually very well done and really interesting despite the atrocities that were commited here. 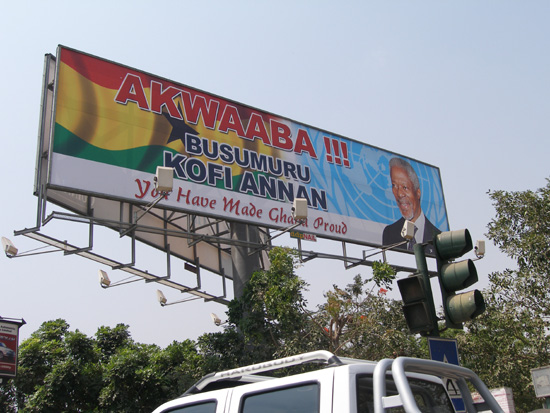 And it was especially interesting to hear of stories, like one Ghanian saying to some African Americans who had come back to trace their roots, that they shouldn’t be complaining since the slave trade was good for them, since they have a great life now in America compared to the tough life that Ghanians have in Africa… which is a view point that you normally wouldn’t expect to hear in relation to the slave trade.

But the other cool thing about Ghana was that Avril who is a bead collector, found out that Ghana is one of the predominant trade centres for historical beads that were traded from Europe to the Africas.

So despite the stench and heat, she dragged us across the country to 3 famous bead markets and factories in Kumasi, Agamonya, and Korforidua , and a famous bead museum in the Legon University in Accra… 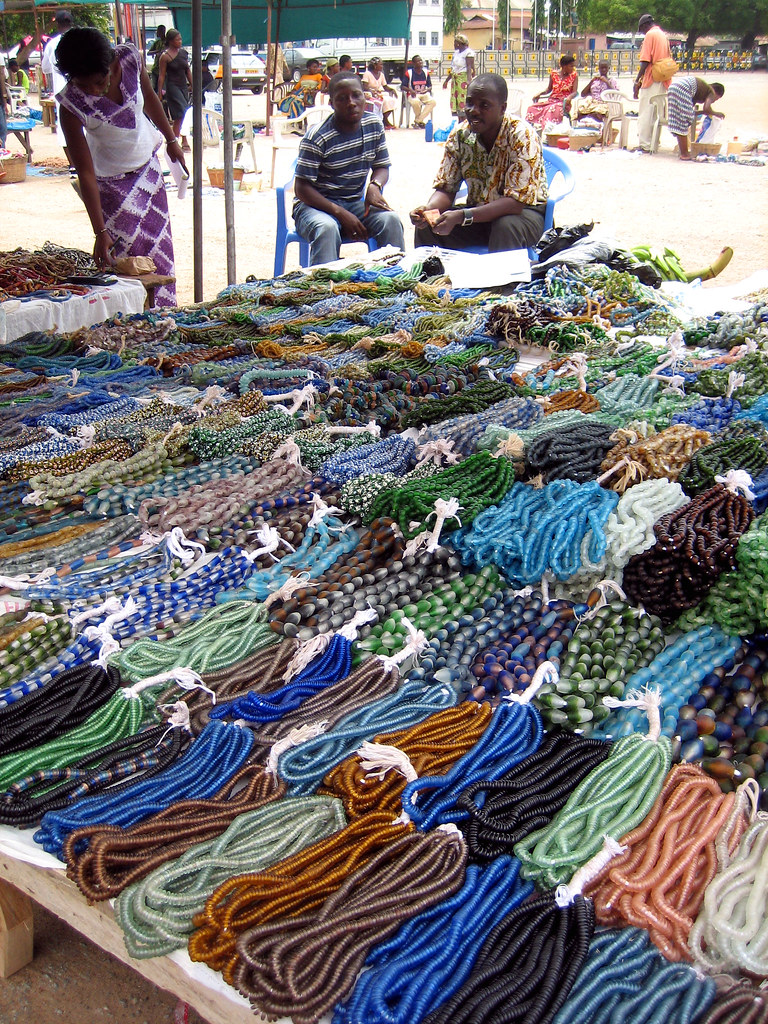 And now 320 Euros later, we now have about 15kg worth of beads which we now have to carry or ship home! Doh!

Well, I personally don’t get off on beads much since I only like beads if they look tasty like boiled sweets, but we did manage to run off some arty farty pics of Avril wearing all the beads, which you can check out along with the rest of our Ghana pics at this link.

Anyway, gotta go and see if we can pack all these beads into hand luggage since Avril is having visions of starting up a bead shop.

PS. Our friend Gaby gave us this link to a BBC Audio slide show from the Festival au Desert that we went to in Timbuktu, so if you want to hear the type of music that we were listening to, then you can click on this link…
http://news.bbc.co.uk/1/hi/world/africa/6310685.stm