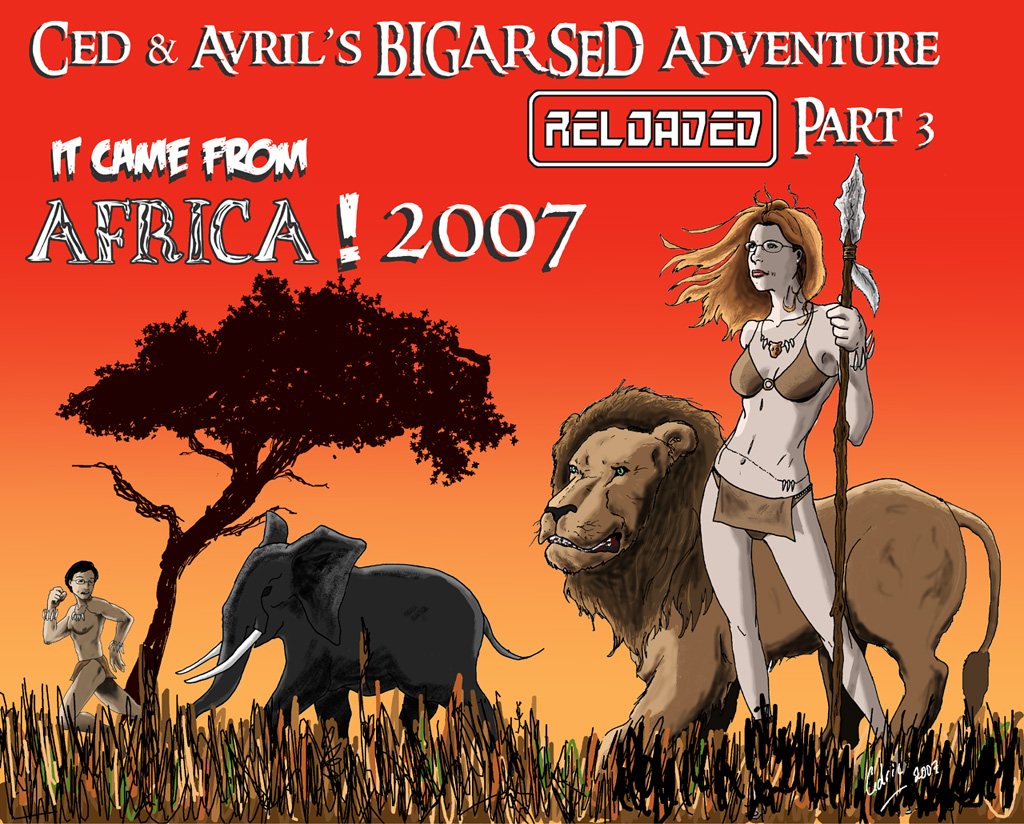 Bonjour Mes Amis and a snappy new rear to all

Well, we are currently at Casablanca airport in Morocco en route to Mali and today is one of those days where we will have had breakfast in Dublin, lunch in Paris, dinner in Casablanca, and a nightcap in Bamako, Mali… which may sound like fun, but HOLY CRAP we are way too exhausted to appreciate it!!!

Anyhows, we have now finished up working in Ireland, so for the last few weeks, we have been totally stressed out packing up all the bucket loads of shit that we have somehow accumulated over the last year and a half, and are now paying a fortune to have shipped home!

Not only that, but the overnight on call doctor work that I have been doing has now been changed. So I have been working 94 hours a week in 2 rough and unpleasant industrial towns called Tralee and Listowel which sucked BIGTIME because I have had my arse worked off because around Christmas and New Years the Irish folk tend to decompensate completely with Asthma, respiratory infections and alcohol related violence…

So needless to say, I have had very little sleep over the last 5 weeks and hence, I have been in such a permanently pissed off mood, that it makes it VERY hard to write nice things about Ireland at all!!! Saying that though, we are truly sad to be leaving though, since Ireland has been a fantastic place to base ourselves to travel to Europe.

And of course after being in a small town for so long, it was actually nice to be recognised and appreciated, AND get paid very well for all my troubles!

And we have recently made some really good friends here in Caherciveen including a lovely German lass called Marti and her husband Ted Jones who is a famous Irish painter and has broken records for how fast his paintings have sold. Actually I’m rarely inspired by other artists but I walked past one of his famous paintings in Killarney and was blown away by it well before I had met him and then was blown away again when I met him since he is an amazing guy.

However, there are a lot of things that we won’t miss about Ireland too!

Now although Ireland has been a great experience for us, by doing overnight doctor work and living in rural communities, we have also seen the WORST of Irish culture which is completely different to what most people would see when they travel as tourists.

Dudes, I would definitely say that we came here with visions of the Irish being happy cheerful larakins with a friendly culture and delightful pub scene… But on the other side of the coin, there is also a lot of alcohol related violence, a downright second rate medical system that makes it hard to get any thing done, a lot of violence and exploitation towards the many Eastern European workers living here, and a complete lack of foresight when it comes to planning infrastructure.

Man, Ireland really does have a drinking problem and I have been stunned at some of the stupidity that exists when it comes to alcohol related problems over here.

For example every week in the news, there are alcohol related fatal road deaths, and yet random breath testing was only brought in this year and even then, some pub owners wanted to sue the government for loss of earnings since they were upset that people would be drinking less!!!

And then there was one night when I got called to an accident scene by a drunk guy who had crashed his car, but when I called the Garda (Police) to come and nab him for drink driving, they just told me that since no-one was hurt and there was only one car involved, that they couldn’t do anything about it as he was no longer driving in the car!!!

…AAAARGH!!!! No wonder I blessed myself everytime I survived a night shift on the roads!!!

And not a weekend goes by when I don’t stitch up someone who has had the snot punched out of him at closing time in the local pub… And sadly a lot of the injuries are on Latvians, Polish or Lithuanians who have been beat up by the local Irish lads which is terrible since the Irish are doing to these Eastern Europeans what was done to them when they all emigrated to England!

And then there is the medical system where women wait 6 months to get their papsmear result back due to lack of pathology services and that is even IF they get tests done since there is no screening program for papsmears or breast cancer at all!

Anyways, if this all sounds like a bit of a bitching session, then I guess it is, but mainly because I have encountered an extraordinary amount of drunken fuckwits lately, and if I see another drunk Irish person, I swear that I am going to vomit on them first before they vomit on me!

But seriously these are only the tip of the iceberg when it comes to frustrating Irish stories… but since Ireland is now the 3rd wealthiest country in the world after the government made over 1.6 billion euros surplus in the last year, here’s to hoping that they fix a lot of these problems and make Ireland the GREAT country it could be!

In anycase, we are actually sad to be leaving Ireland, but we also feel that with the weather being so crappy and rainy right now, and with my job pissing the shit out of me also, that it is the perfect time to leave.

But as far as Africa goes, we have decided that we will be going to the Festival in Timbuktu since we reckon that we have assessed the security situation and we really feel that the US travel advisories are being overly paranoid.

Apparently there are only about 300 Algerian Al Queada Salafist rebels left since they have been decimated in fighting with the Algerian government, and the Toureg desert people who we will be living with number in the thousands so we think we will have safety in numbers… And we have heard that the Malian military will be present also, so that is reassuring.

So anyways, hopefully those won’t be our famous last words!!!