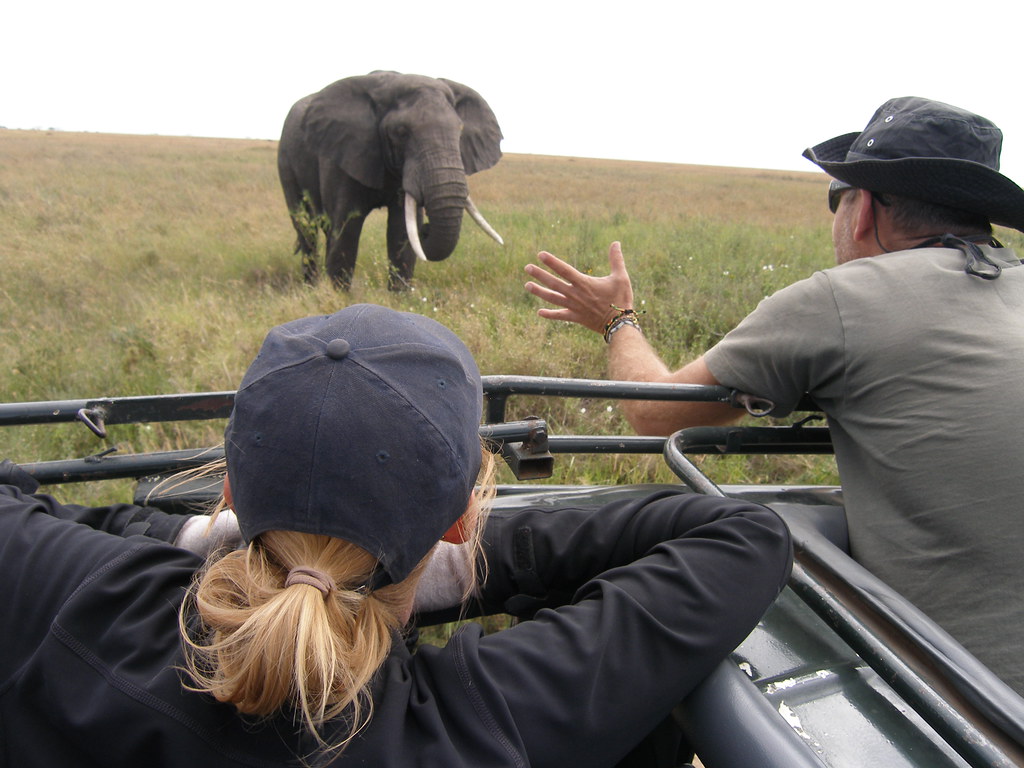 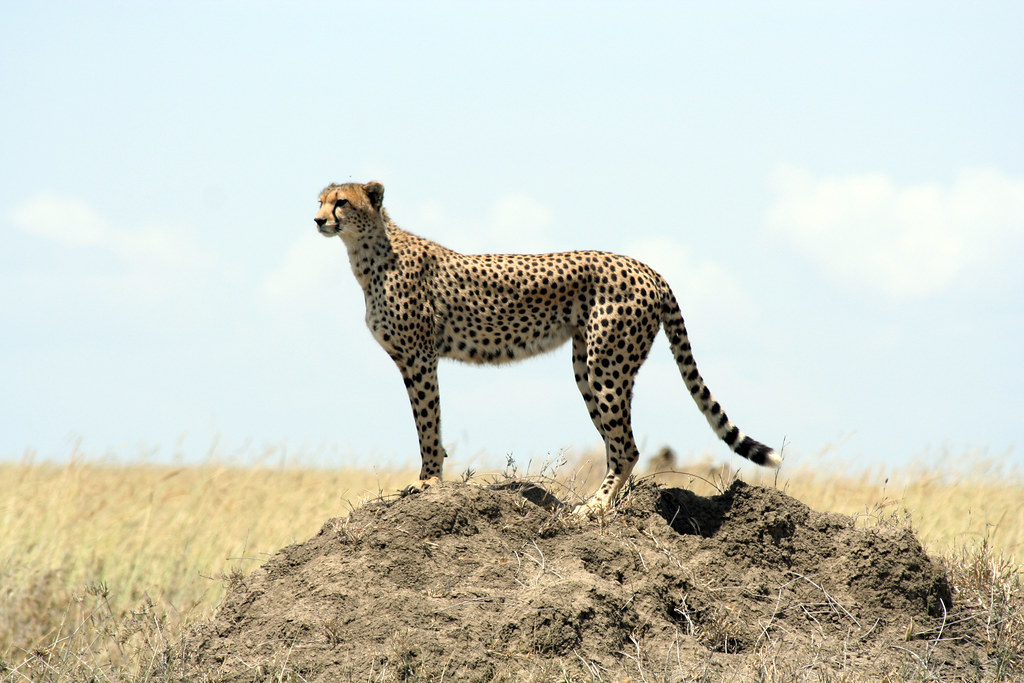 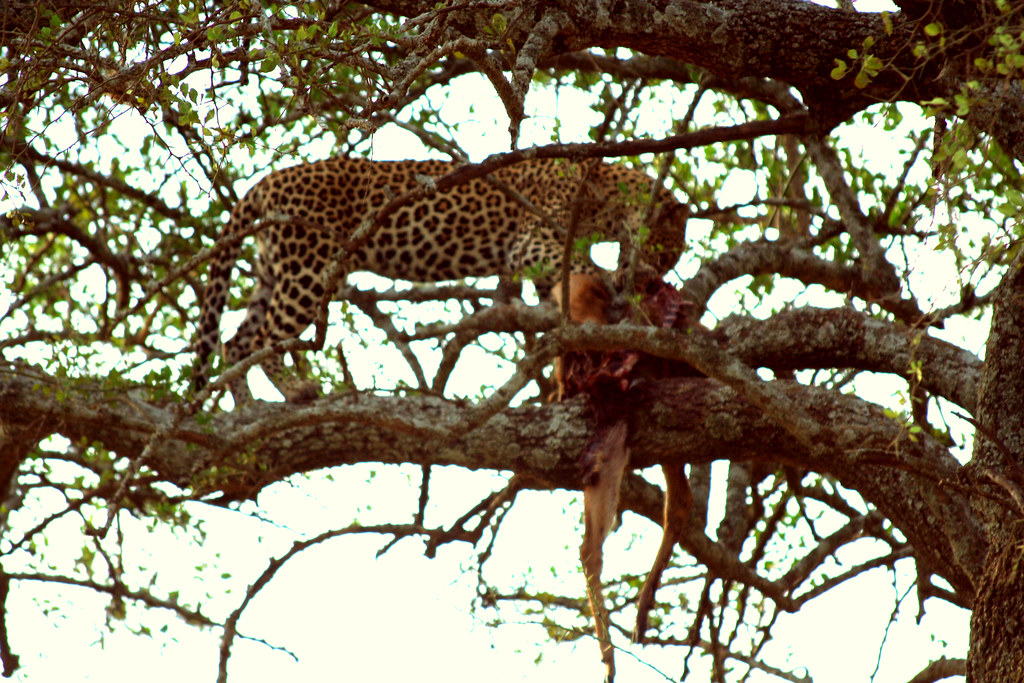 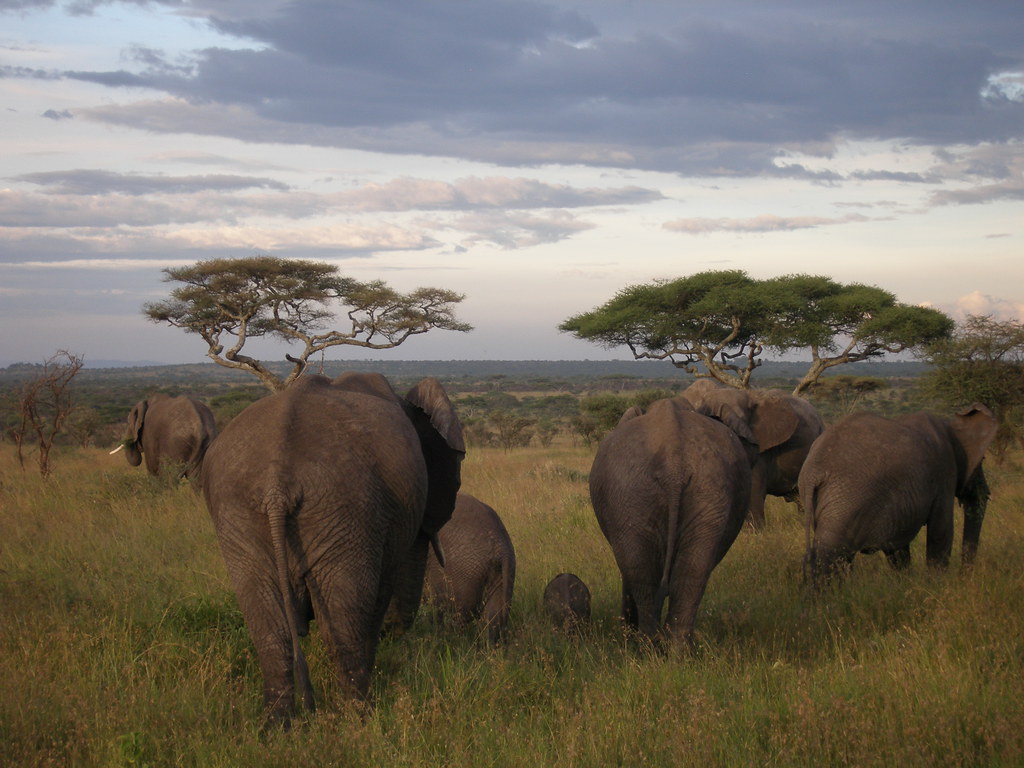 Jambo to all you crazy cats and hungry hungry hippos

Well, we are currently in Arusha Town in Tanzania after finishing a 7 day camping safari, and hopefully tonight I’ll be able to get a good night’s sleep, since for the last few nights Avril has been pestering me to get up and go to the toilet with her in the middle of the night since she is afraid of being eaten by LIONS!!! 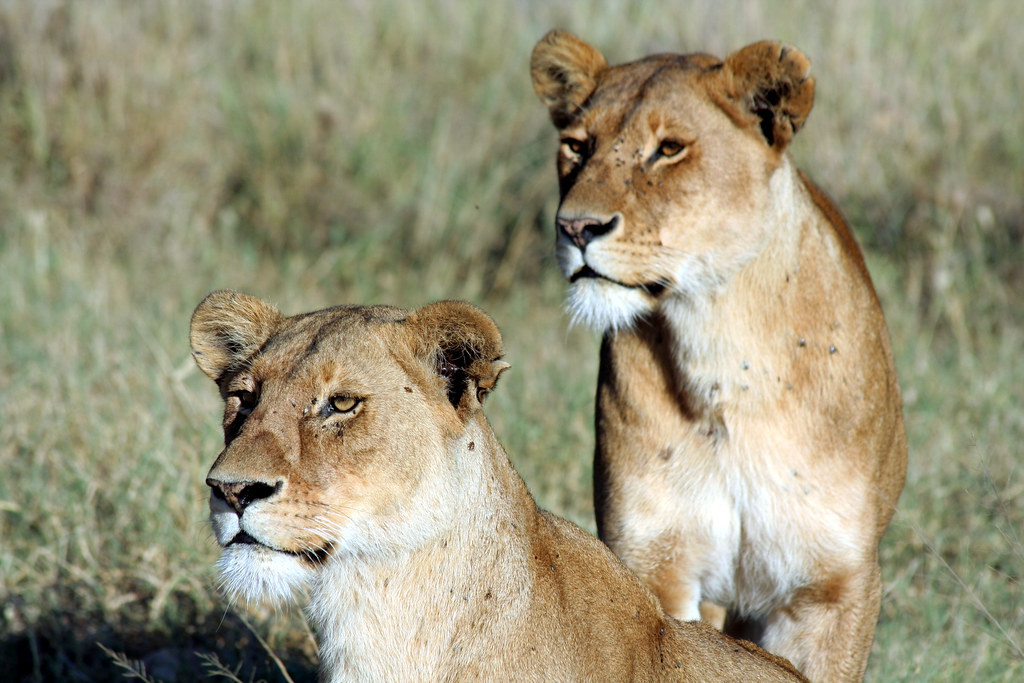 Now certainly, for the last few nights we have had hyenas and lions howling around our campsite, but seriously… what a SILLY girl she is…

Although I have formidable kung fu superpowers, if there’s a lion attacking her, I’m TOTALLY going to be “Crouching in the grass Tiger” or “Hidden My Arse Dragon” or running the other way!!!

But last night was different. We we were camping at Simba Camp on the rim of the Ngorogoro Crater and when I got up to have a pee, I actually did hear a BIG animal outside our tent along with a low pitch grumbling noise.

Anyways, after freaking myself out by remembering that we had duck down sleeping bags and wondering whether there might be a lion outside thinking that we were just 2 big Peking Ducks spring rolls… I eventually shone a light out and saw 2 eyes shining back at me only a couple of meters away!!!!

HOLY SMOKES… I completely SHAT myself!!! …until I realised that it was just a couple of zebras and the growling noise I was hearing was them chewing grass… Stoopid zebras…trying to cross me… next time I’ll be the one “zebra crossing” their black and white arses!!!! 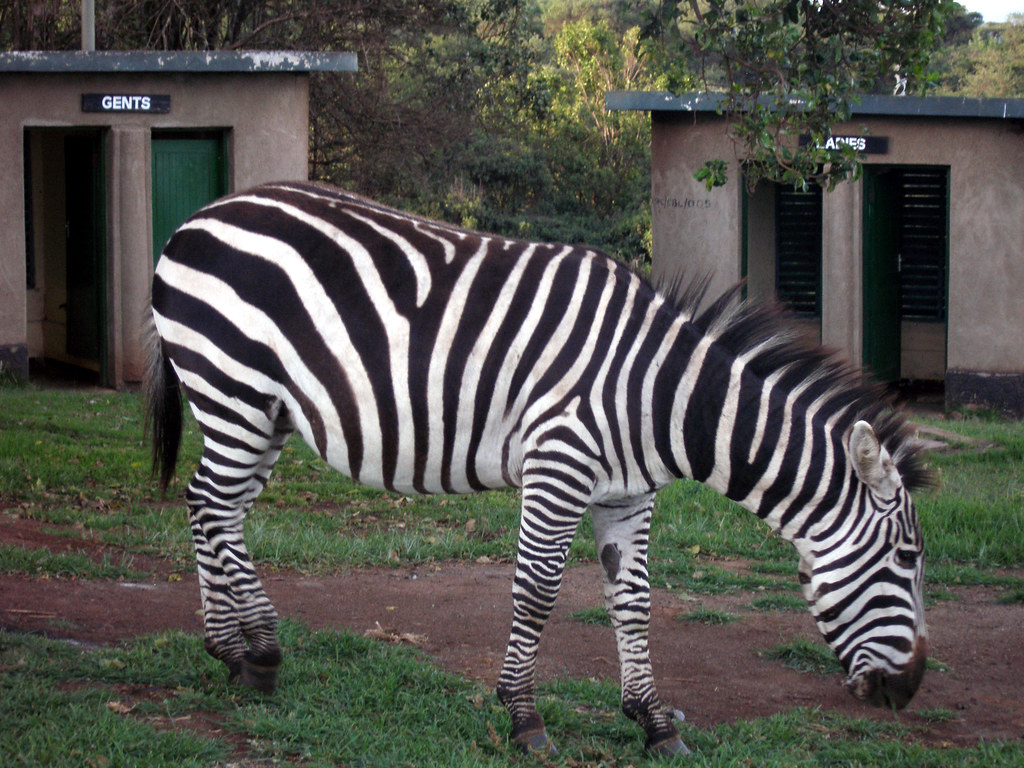 But anyways, that is just one example of how COOL this whole safari has been…

Man… We have just spent the last 7 days in 5 national parks, starting with Arusha, Tarangine, and Lake Manyara… and of course ending in the Serengetti and the amazing Ngorogoro Crater which has just been absolutely FANTASTIC!!!

When we first started the safari, we thought that after seeing so many animal documentaries, that we wouldn’t be that impressed by all the animals at all… but honestly, nothing prepares you for seeing your first giraffe or lion and we COMPLETELY squealed like little girls with every new animal we saw!

And not only that, it’s SO cool seeing all these funky animals all hanging out together in the same area. We’d be looking at some lions, and then suddenly a giraffe or an elephant would cruise by next to a zebra. 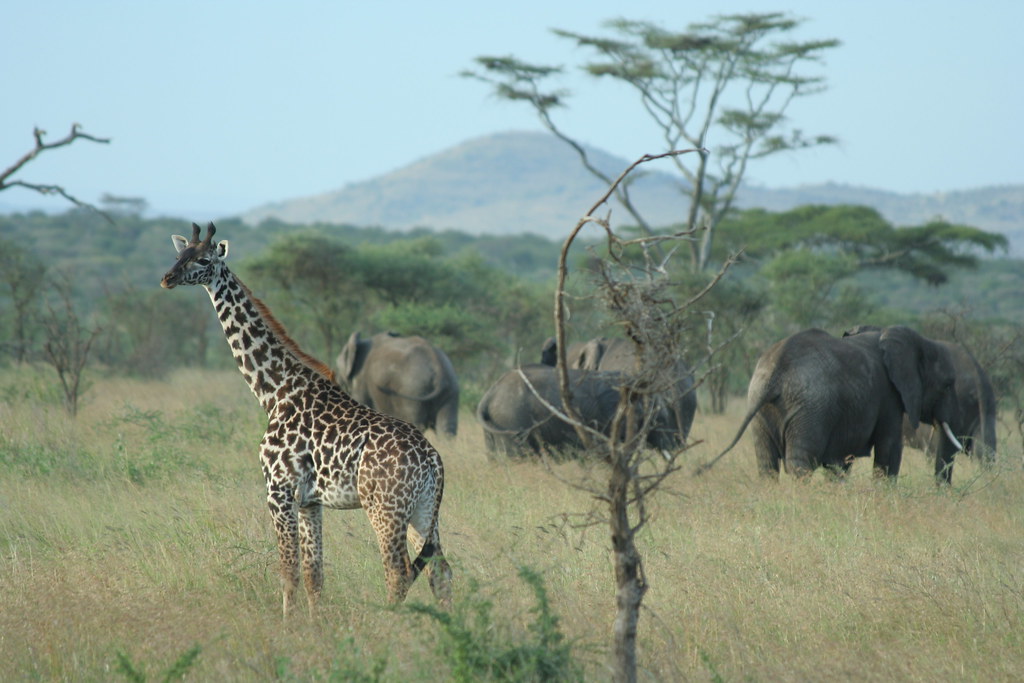 Holy cow… it was just like my Jungle Jim playset that I used to have as a kid!!!! …umm… except there was no micronauts battlecruiser to blast down all the animals with photon ray plastic bullets…

But I must say, after a few days, the novelty of seeing animals just lying in the grass or eating did wear off a bit and we started wanting to see animals eating each other which unfortunately we didn’t see.

OK we are definitely animal lovers, but we actually started hoping that the giraffes would start fighting the elephants and most of our time was spent wondering who would win a fight between lions and hippos… 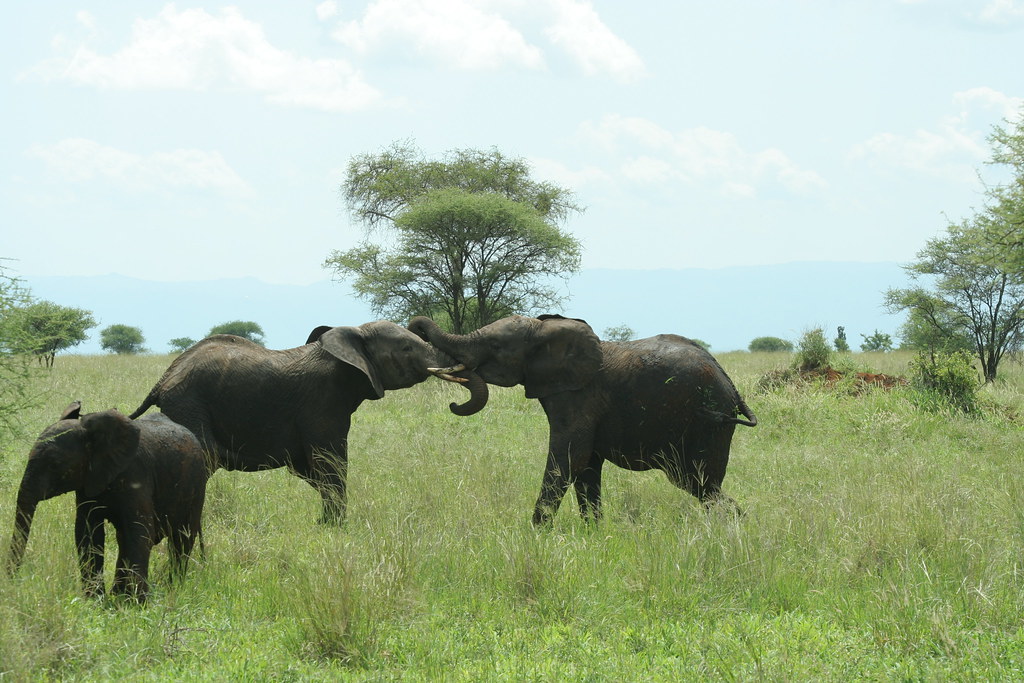 The only bad thing about our safari though was that we were too late to see the wildebeest migration which is when there are millions of wildebeest that migrate with a thundering roar across the Serengetti… which is really bad gnus.

We did however, get charged by a rhino which is the photo that I have attached.

Man… rhinos are stoopid! They are so blind that they charge anything that comes close to them and this one was in a frenzy since he had picked up the scent of a female rhino on heat, and started charging our car so we had to speed off! 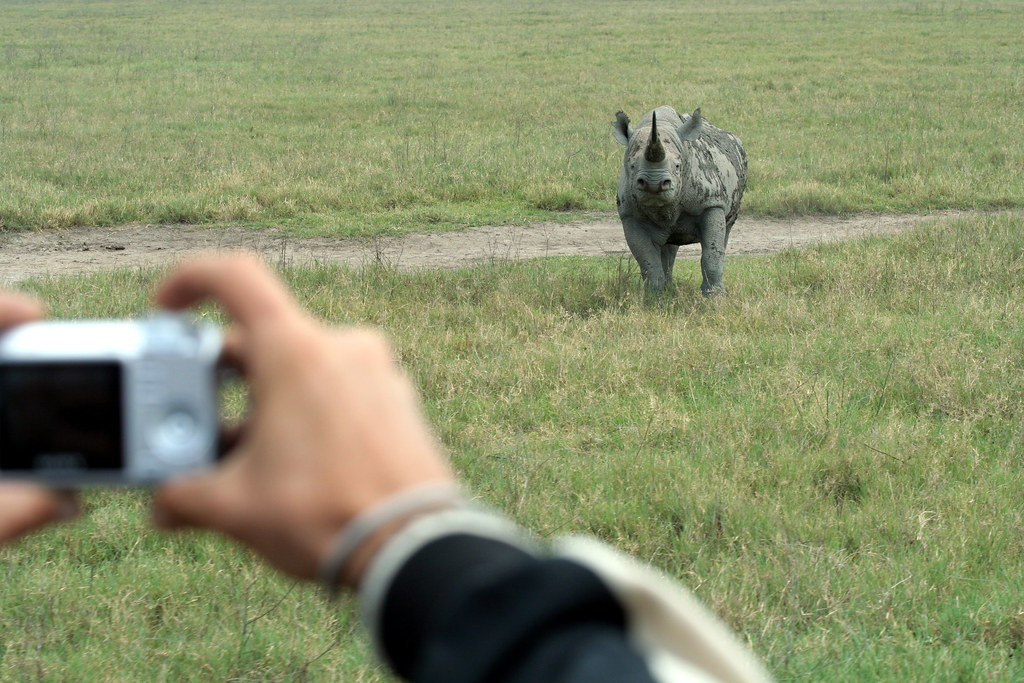 Anyways, we have now finished up in Tanzania, so tomorrow, we’ll be heading off to Rwanda to go gorilla trekking… YAY!!!

PS. You can check out our furry animal photos here at this link

PPS Hippos are my new favourite animal. Not only do they kill more people than all other animals combined by stampeding at you when they are startled, but they also wallow all day in the pool and only stand up to spray green shit on their mates which comes out of the water so fast that it is like a jet boat engine. That ROCKS! I think I definitely want to be a hippo when I grow up… and I definitely would like to be crushed to death by a hippo should I ever feel suicidal or get terminal cancer. That would be a COOL way to go!!! 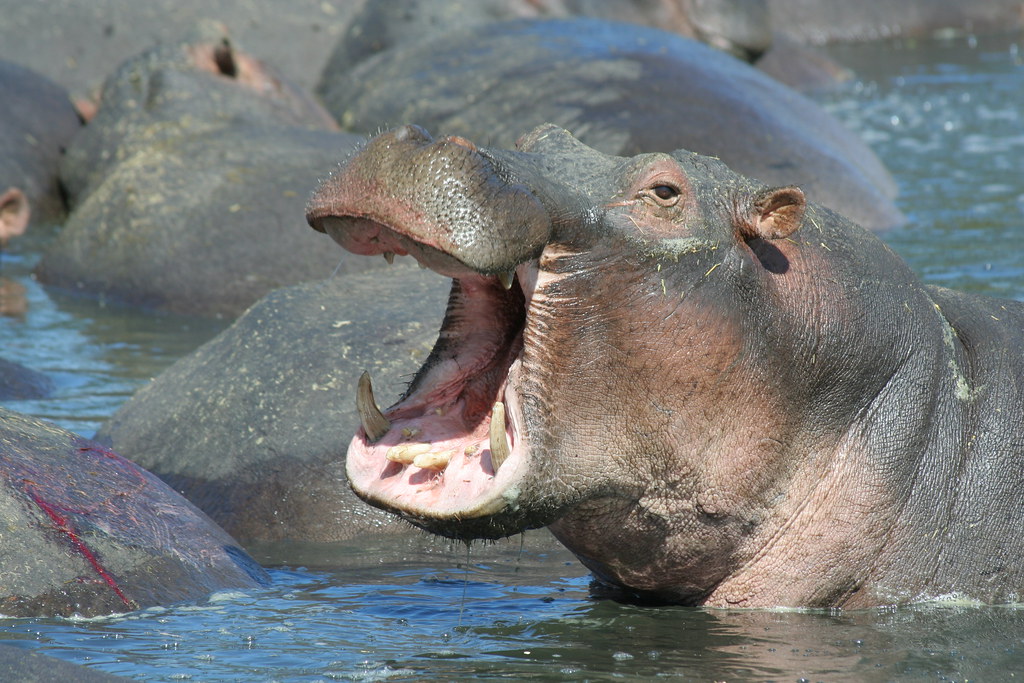