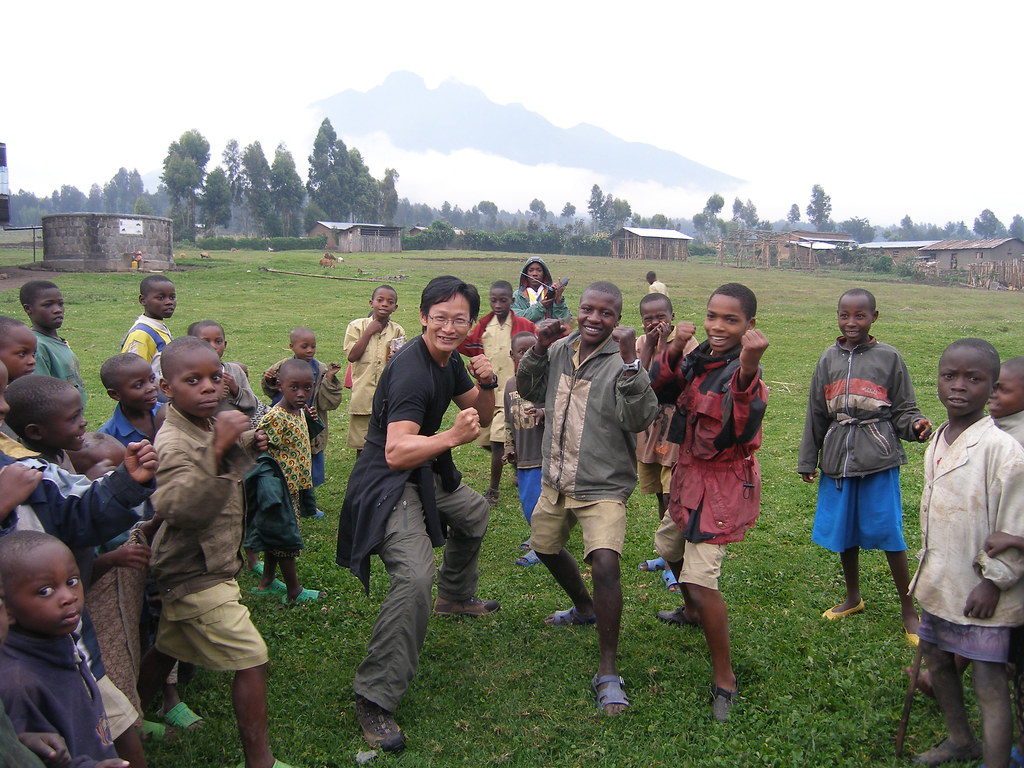 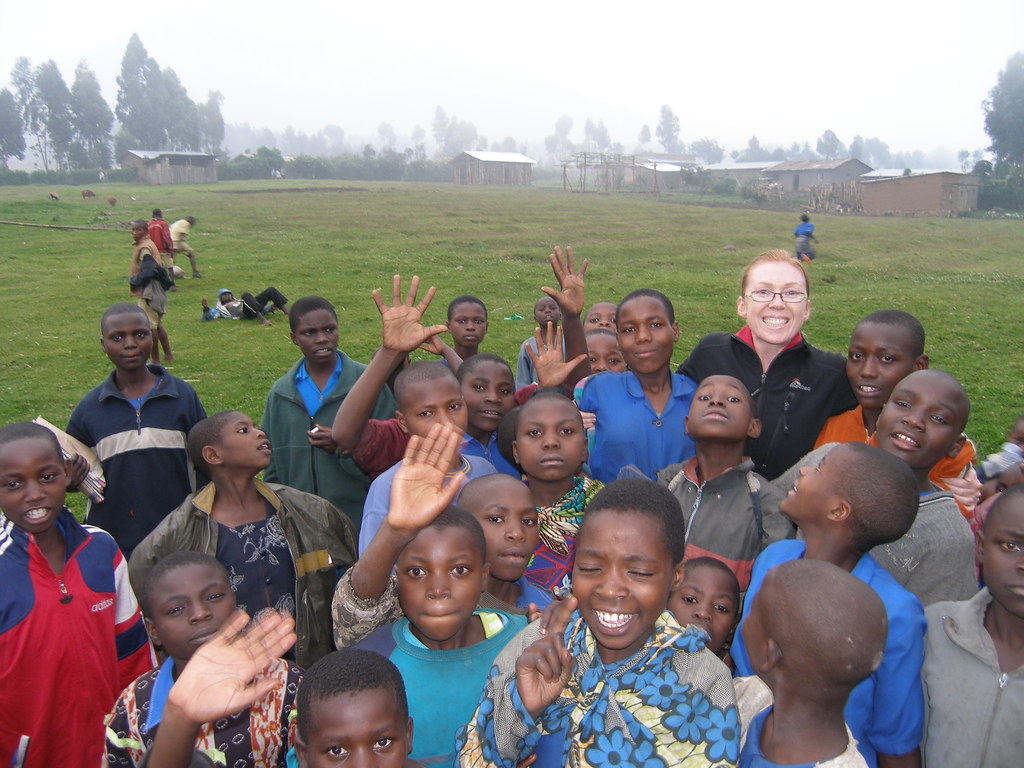 Well, we are currently sitting in the Bourbon Coffee shop in Kigali, the capital of Rwanda and Man… I have to say, after Ethiopia and Tanzania, we really like Rwanda! The people are absolutely lovely, there is almost no hassles, begging or scams, and the place has a really nice feel to it. I’d easily live here as an ex-pat.

Not only that, but the city itself is huge and sprawled over several hills. And I reckon that Kigali is the most modern city that we have come across so far in Africa with big wide streets with well manicured gardens and no rubbish anywhere… which is really surprising since after watching Hotel Rwanda, I imagined Rwanda to be this backward little shanty town with dirt streets and crumbling buildings everywhere.

In fact, sitting here sipping cappuccinos overlooking the city and watching all the business men working on their laptops, it is absolutely impossible to reconcile in my head how a modern city like this could have descended into madness during the Rwandan genocide.

We even popped around the corner to the Hotel Des Milles Collines this morning, which is the hotel from that movie Hotel Rwanda, and even it looks like just a normal hotel in the city centre.

To be honest, we are really impressed at how well Rwanda looks and functions, and even though a visit to the Genocide memorial museum was a very sobering reminder of everything that happened here 14 years ago… the people really have moved on and no-one here even talks about the genocide or even refers to themselves as Tutsi or Hutu anymore.

But the main reason that we came here was to see Gorillas In The Mist!!!

Now for those of you who aren’t aware of them, or if you have never read Dian Fossey’s “Gorillas In The Mist” or saw the Sigourney Weaver movie of the same name… The mountain gorilla is a desperately endangered animal with only 700 of them left, all living in a chain of 7 volcanoes that straddle Rwanda, Uganda and The Democratic Republic Of Congo.

They are a peaceful gentle relative of ours sharing 97% of the same DNA, and despite how scary they look, they are vegetarians, and absolutely beautiful creatures.

However, due to rebels still hanging around in the Congo who often will shoot the gorillas and poachers who still try and steal the babies, they are seriously at risk of becoming extinct which is why we wanted to see them while they are still around…

Anyways, we trekked for 2 hours up into the mountains to see the Bwenge family and after paying $500 USD each, we were only allowed to have 1 hour with them since there is a risk of sharing our diseases with them. 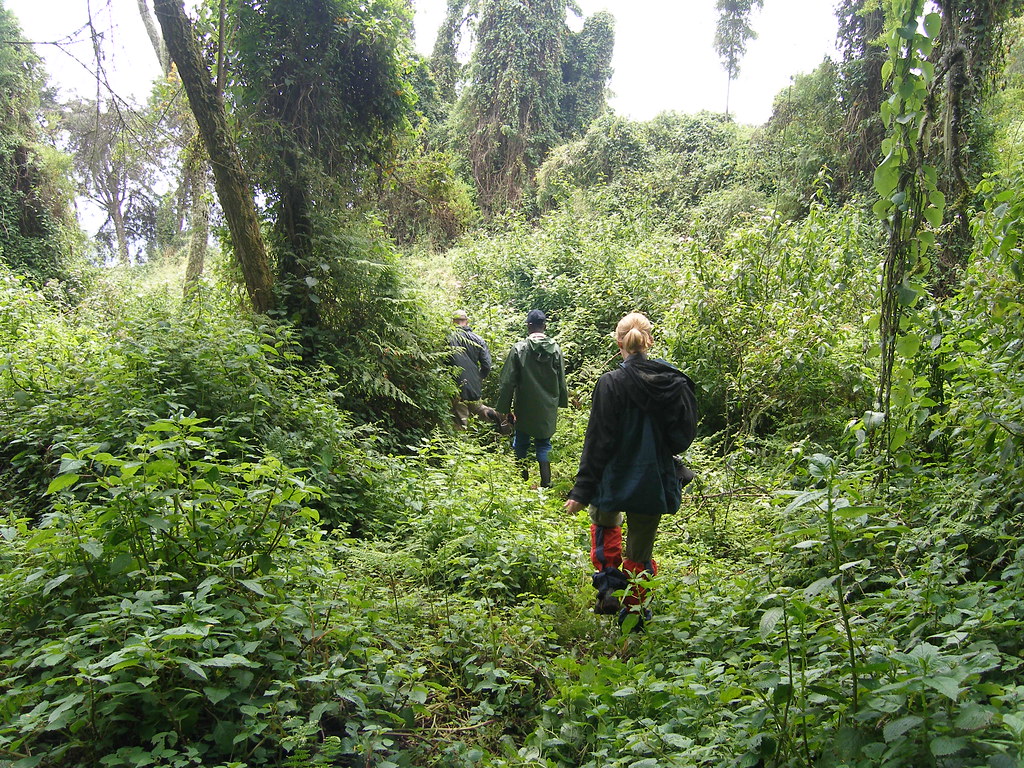 Now the gorillas live in family units of 10-15 and are lorded over by a massive male Silverback who is the dominant figure and will often beat his chest and charge at tourists to show his dominance.

Well, all the guides and books will tell you that such a display is often just to assert dominance and physical attacks on humans are extremely rare. However, they also say that if you do get charged by a silverback, the thing to do is not run away, but crouch down, look away and start chewing on leaves…

Anyhows, as you will see in the photos, we had just arrived at the group of gorillas and we were taking photos of a female when all of a sudden, a HUGE 200kg Silverback crashed through the forest behind us forcing us to scamper away.

Well, he lumbered literally centimeters away from me, and really didn’t even register us, so at that stage, we really felt reassured that we weren’t in danger at all. 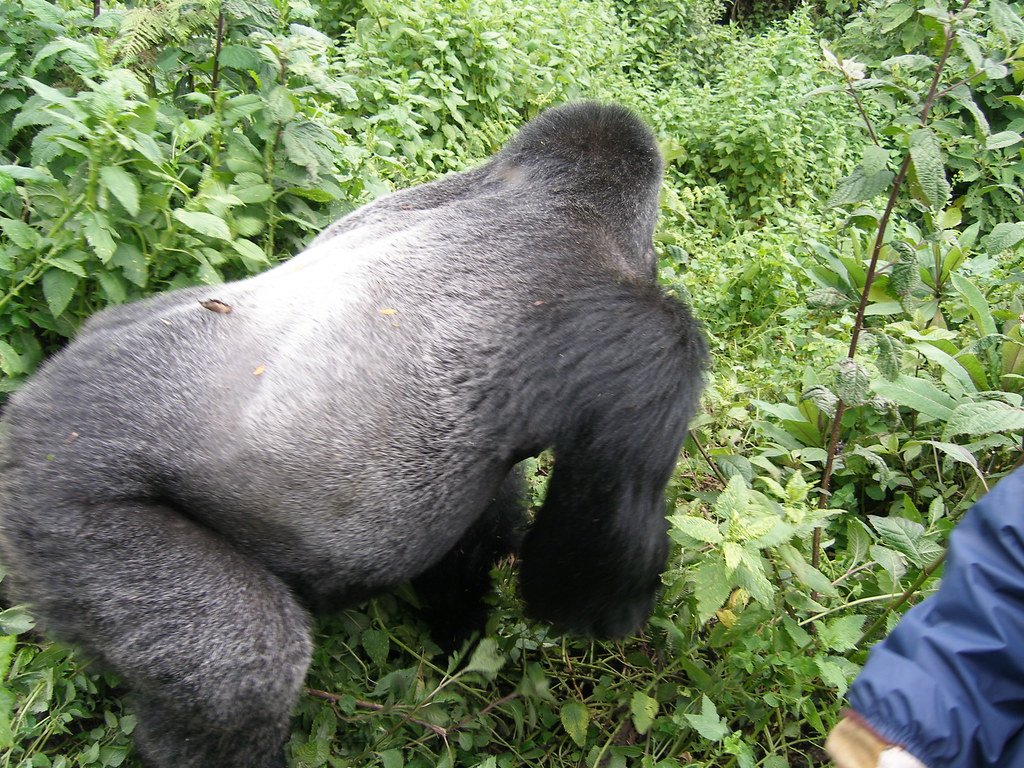 So needless to say, we followed him into a small clearing and we all lined up and started taking pictures of him.

Now initially, he was just chewing away on some bamboo, but after a while he just stopped eating and started staring at us with these intense red eyes…

At that stage, I really don’t know what he was thinking but HOLY COW, there were 8 of us tourists looking at him and everyone of us could tell that he was starting to get SERIOUSLY pissed off at us looking at him.

Then, all of a sudden the guide yells out “Stop taking photos NOW!!!” and pushes us all away just as this FRIGGIN HUGE silverback starts growling, beats on his chest and starts CHARGING at us!!!! FUCK!!!

Oh MAN!!! Now although we had read about it, and although I have considerable Monkey Magic kung fu superpowers, and have played enough Donkey Kong in my youth to feel comfortable with my Super Mario Jumping powers… I was friggin SCARED SHITLESS and my heart was pumping so hard, it was totally in my throat!!!!

And it is a weird type of fear since it happened so fast you don’t get time to register the fear mentally, but your heart just starts thumping REALLY hard!!!

But somehow, I managed to snap a shot of him just as he was attacking in front of me which is the photo that I have attached. And seriously that photo is NOT zoomed in at all… He really was that close to us!!!

Anyways, we all got out of the way and the Silverback just charged past us which was good since being pounded by a 200kg gorilla and having my arms ripped off is probably not covered in our insurance… and as all 1980’s videogame players know, it doesn’t matter how many barrels you jump over… Donkey Kong ALWAYS wins!!!!

But despite the scare, I would have to say that it was one of the most soul touching magical experiences that we have had… but it was also very sad especially when you realise that man has almost decimated these lovely animals… And we have just heard that the Congolese rebels have just this week taken over the Congo side and are threatening them again, which is really heart breaking.

Anyhows, we are now at the end of our Africa adventure, and this afternoon we’ll be on a plane back to Addis Ababa and tomorrow we’ll be back in London en route to Wroclaw in Poland. 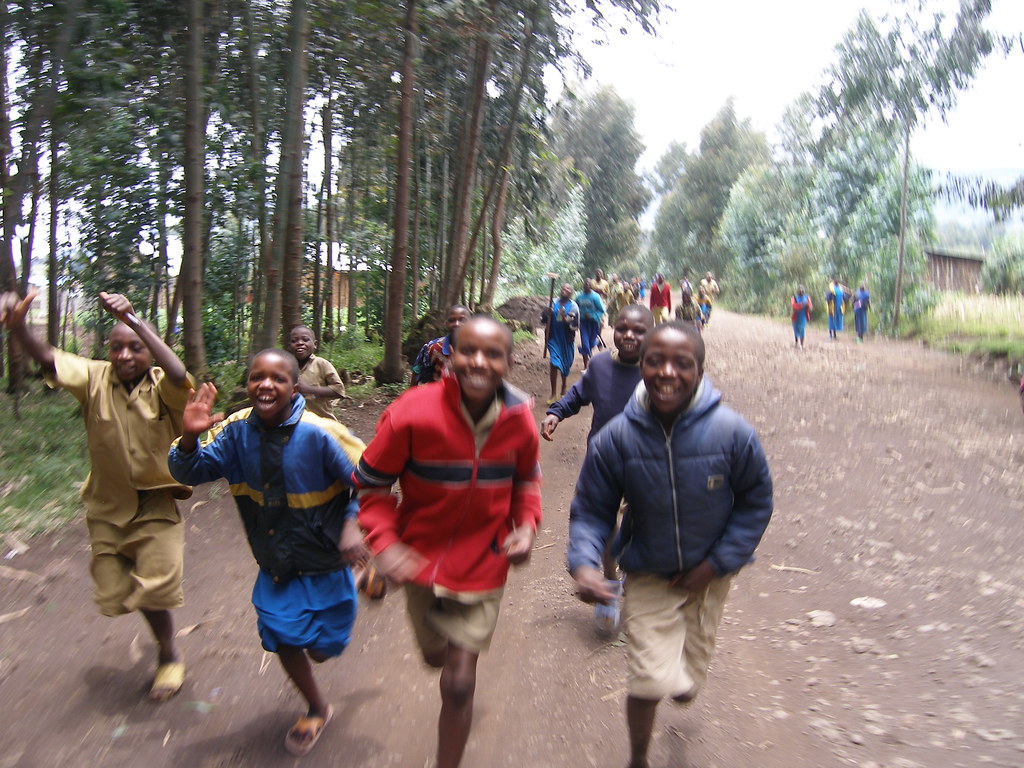 Avril and I split up now and I will be travelling with our mate Greco, and Avril will be blogging on her glass beading course on her website at http://blog.heartofglass.com.au

PS Our donkey kong gorilla photos are at this link

PPS Thanks also to all you guys that replied to the last blog where I had a whinge about aid agencies. I felt a bit badarse carnaging them, but it was great getting all the emails from you Africa travellers who agreed with the agencies creating a dependency on hand outs!