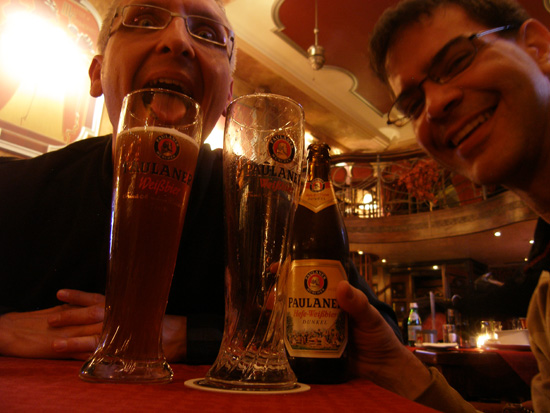 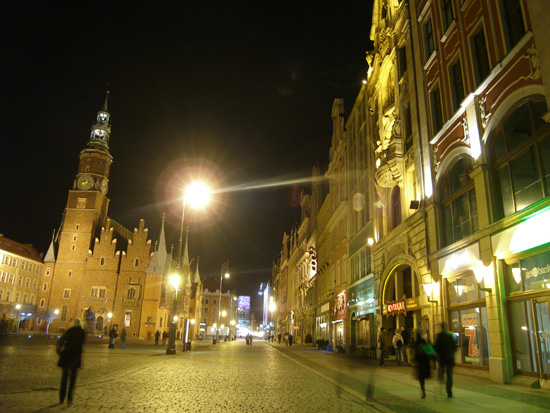 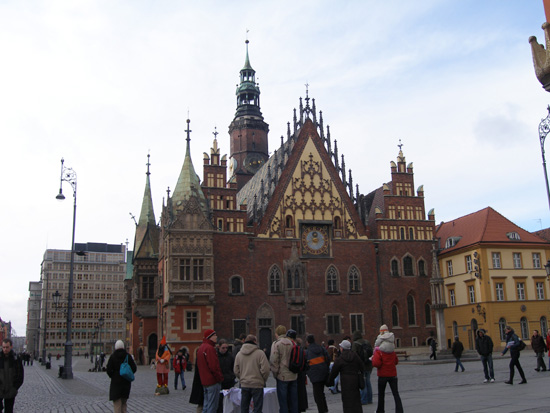 Well, as a completely rude shock to the system after bumming around stinking hot Africa last week, I am currently on a Eastern European road trip with 2 mates John Greco and John Cebula, and freezing my nads off in a ski lodge in the Tatra mountains above Zakopane in Southern Poland, since Avril left on a plane to Venice a couple of days ago…

Now it is certainly beautiful outside as we have hit an unprecedented patch of snowy weather that doesn’t normally occur this late in the season… but the fact that we are 3 guys who don’t ski, staying in a snowy mountain ski lodge with the only food in the place being frozen bananas and Colgate toothpaste… Well that’s just a little bit TOO Brokeback Mountain for me!!!

And the fact that very soon after getting lost for 2 hours while trying to drive a Ford Mondeo up the ski slopes, the conversation turned to whether you can survive in the snow by eating your own semen… probably suggests that if you don’t want to read about men behaving badly… you should probably stop reading this blog NOW!!!

Now as most of you guys know, I usually try and write a travel blog in every country that we go to… But Europe can be so boring to write about, that unless we go somewhere really remote, do something really stupid, or get some good poo and bum jokes going, it is really hard to write something funny or interesting unless a country has something outstanding to write about.

But as far as trying to find something outstanding, cool or interesting to write about Poland, I’ve tried to write this blog a zillion times without sounding crass, sexist or chauvanistic, but it always comes down to one thing… Poland has STUNNINGLY hot women!

Now I actually thought it was just me getting holiday horn, or may be I picked up some weird tape worm in Africa that had migrated to my testicles and was making me release too much testosterone, but in fact a quick google search definitely confirms this is an actually discussion point on-line.

Man, we have just spent the last 4 days in Wroclaw which is a university town and seriously, I’d love to write about how amazingly modern Poland is for an ex-communist country, or how brightly coloured and optimistic the main plaza is compared to the boring old plazas in other European cities… but really, the most head turning thing here is how stylish and attractive the women are.

In fact, just to prove that it is not just a fluke or holiday horn, our mate Greco, who is single by the way, decided to SCIENTIFICALLY prove that Poland has a lot of hot women by sacrificing a good part of his day that he could have spent looking at churches… and INSTEAD he stood on the corner of a shopping mall and counted that in any given radius, an attractive woman walks by on average EVERY 7 seconds!!!

Holy cow!!! Now I of course had nothing to do with his childish behaviour and berated him for being so shallow and chauvanstic, preferring instead to help my darling dearest Avril shop for expensive Italian label jackets (vomit)…

…but after spending an hour helping Avril try on clothes and worrying that Greco would be bored, I wandered out to find him happily sitting outside a lingerie shop and I realised then, that far from being childish… this is TRULY a man who has dedicated his life to his science!!!

But seriously, Avril has always claimed that out of all the countries that we have been to, that Colombia has the hottest guys in the world, but I have always been reluctant to make a call as to which country has the hottest women…

However, now after being to Poland, I feel pretty confident saying that Polish girls are definitely the hottest that I have come across so far, especially since they are attractive in a stylish way as opposed to just looking tarty… Man… communism ROCKS for keeping the gene pool clean!!!

The only thing that was a bit weird though was that despite all the girls looking like supermodels, the Polish guys would have to be the one of the MOST unattractive group of guys that we have ever seen… And it would totally do our head in when an absolute stunner walked by dressed in Italian fashion and FM boots… but with a pugfaced boyfriend who looked like he was a Russian henchman from a bad James Bond movie… Oh man… I don’t know whether I should feel happy or depressed about that…???

Anyways… um… I’m sure there is some other good things to write about Poland, but since the weather has been absolutely crap, we really haven’t done a lot other than shopping and hanging out playing Gran Turismo in our mate John’s funky art nouveau penthouse…

But then again, to quote our friend John Cebula who has been living here for the last few months, Poland could be the worst place in the world, but when you are surrounded by attractive women, you just feel happy… Well he didn’t actually say those words exactly… but I really can’t print what he said…

Anyhows, tomorrow after we headcount all the bananas and make sure that all orifices are intact, we’ll be leaving our Brokeback mountain lodge and heading through Slovakia to Budapest.

PS. If you are bored our Poland pics are here at this link, but sadly there are no pics of Polish girls… darn Avril for taking the zoom lens to Venice with her!!!