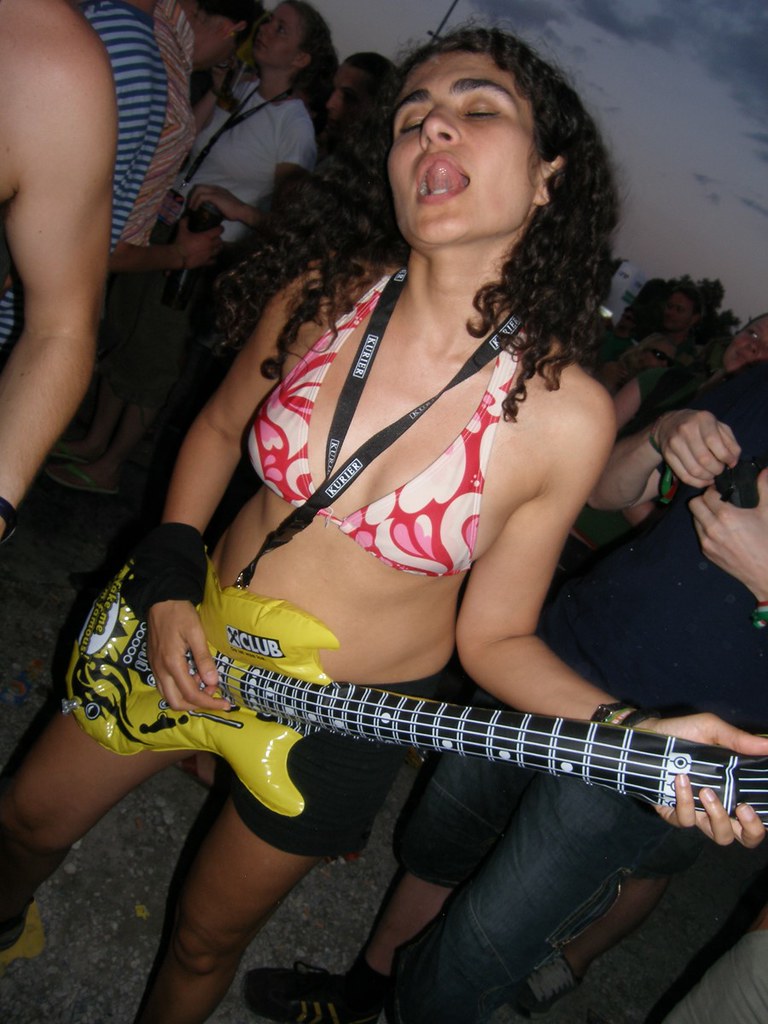 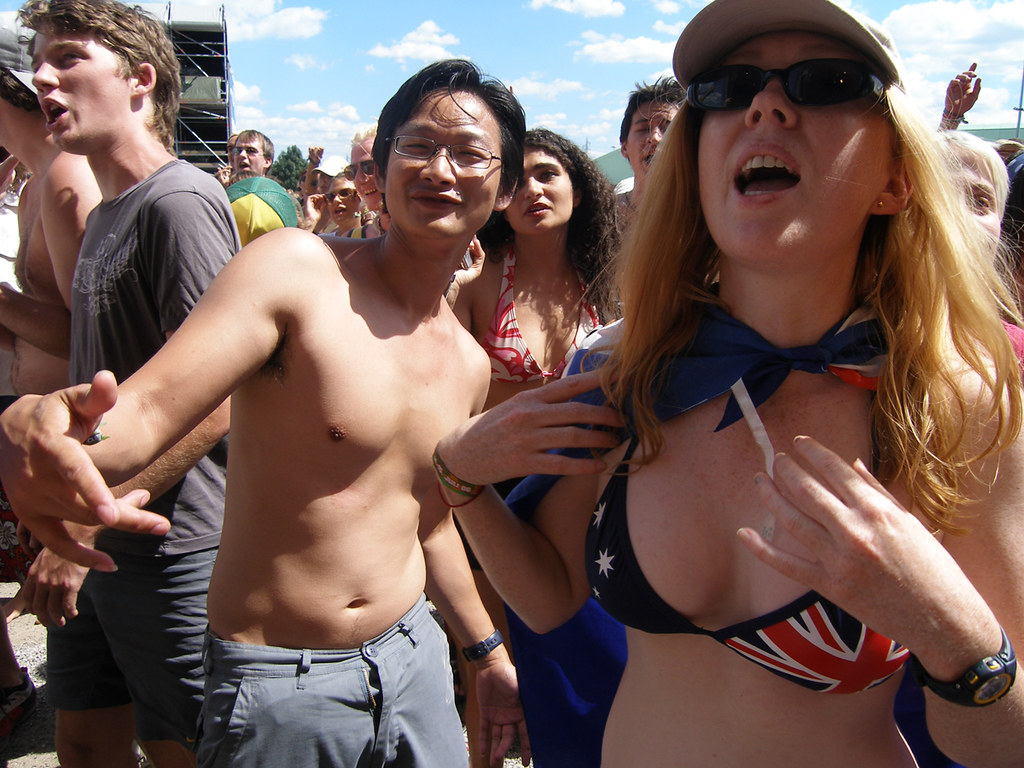 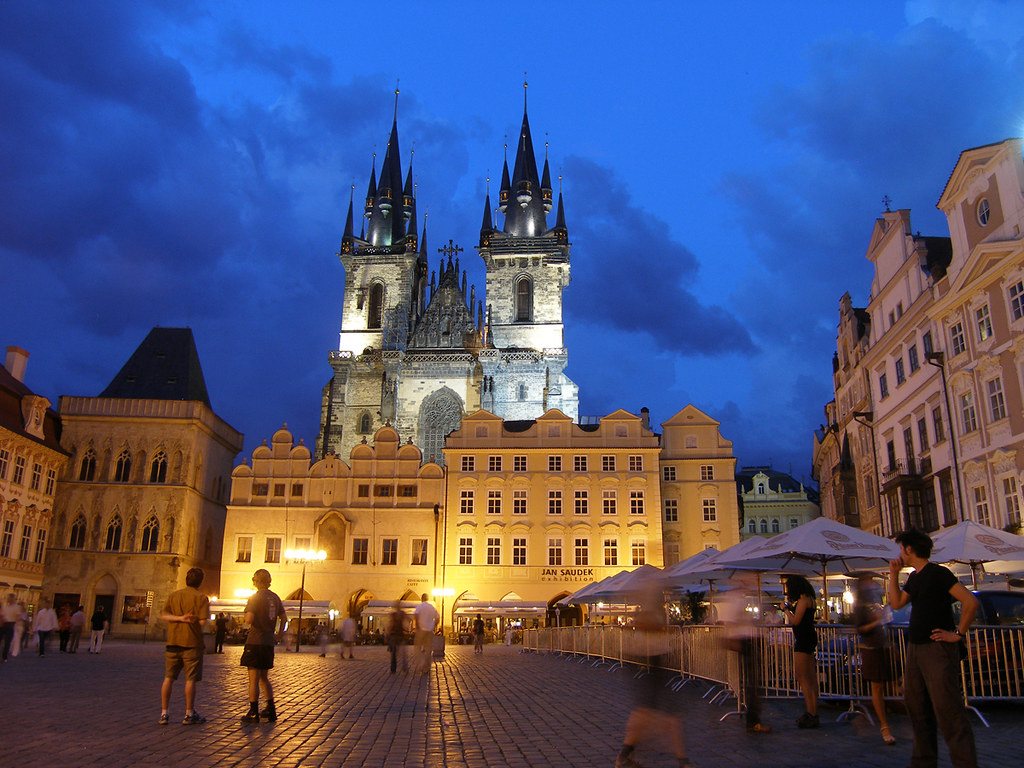 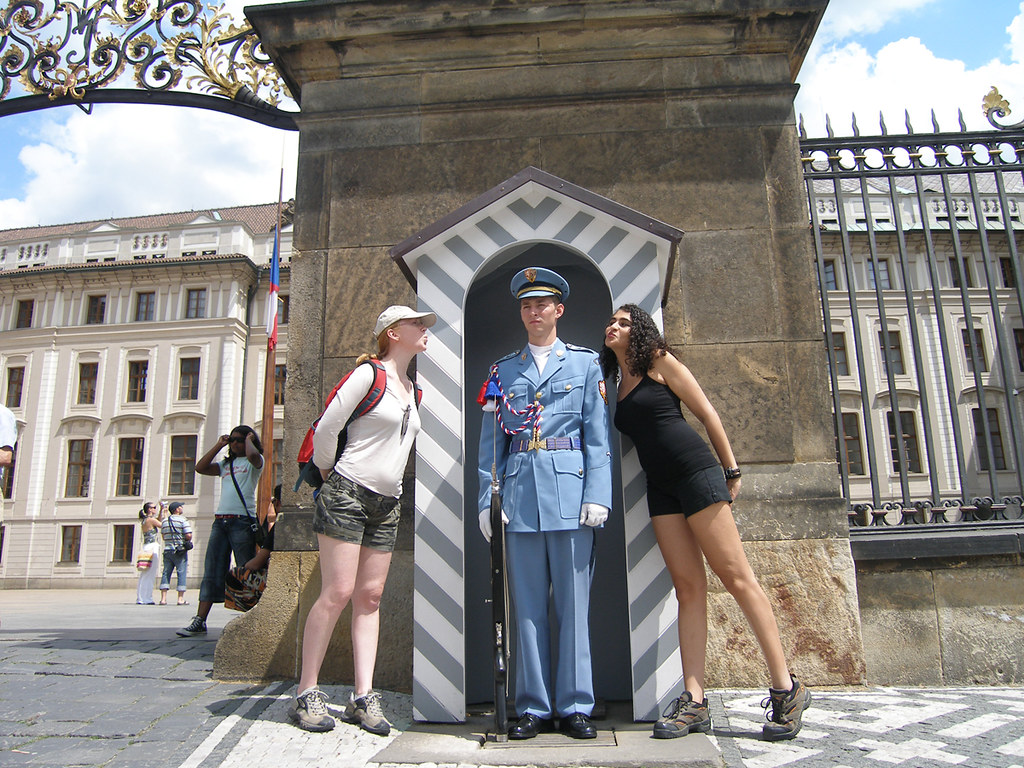 Dobry Den to all you Rock Chicks, Bohemian Ravers and Arty Farty Slavs

Well we are currently in a car driving from Vienna in Austria to Lake Bled in Slovenia and yesterday we TOTALLY ROCKED our socks off to THE PIXIES at the 2 day Nuke festival in St Polten just outside of Vienna!!!

HOLY CRAP Man… even despite lead singer Frank Black having bigger man boobs than Robert Smith from The Cure, he TOTALLY ROCKED harder than… er… um… a hard rock…???

In fact, the whole 2 day festival was AWESOME!!! The Pixies belted out an hour and a half of their classic stuff non-stop, which caused our friend Allan to spank his monkey and TOTALLY blow his load until his “monkey was gone to heaven”… 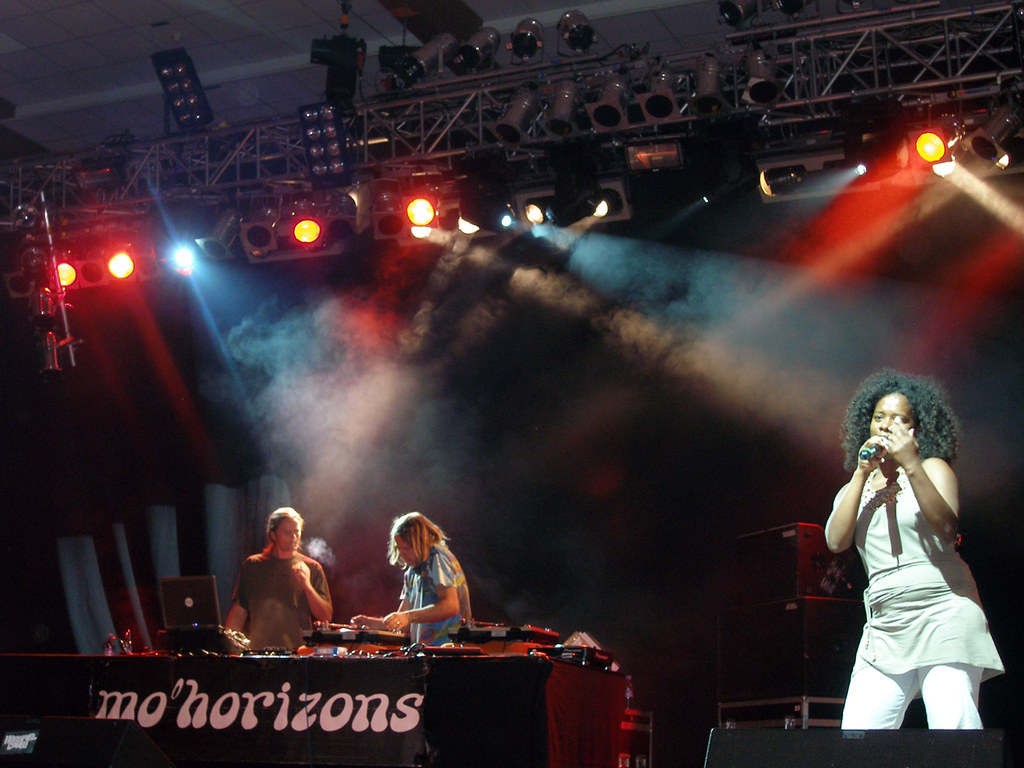 But by far the best live dance set I have EVER seen was from Stereo MCs!!! HOLY COW… even though they are an early 90’s band, the dude totally sang for 2 hours straight and had better dance tempo with his voice than most DJs with two turntables and a microphone up their arse… If you ever get the chance to see them in concert, they are TOTALLY WICKED and definitely worth a bit of a rave!

Unfortunately, The Cat Empire who is an Aussie band that we absolutely love, and were really looking forward to seeing, seemed a bit flat compared to when we’ve seen them before even despite Avril doing her best to flash her boobies in her Aussie bikini at them… And Mike Skinner And The Streets were actually VERY ordinary in concert…

But as cool as the festival was, the weirdest thing about hanging around Vienna, was that we were all shocked at the amount of ugly people who live in Austria!!!

Man… in the last few months, we have totally been to all the countries around Austria except for Hungary. And in Italy, The Czech Republic, Slovakia, Slovenia and Germany the perve factor is awesome, and there are so many attractive boys and girls that even the ugly people are attractive…

But turning up in Vienna during working hours meant that there were a lot of unemployed people around, and we were totally surprised at how many dudes had the whole Arnold Schwarzenegger big forehead, buck teeth and bug eyed look…

Not that we are being superficial at all, but you all know that really we are totally superficial and just typing that to make us sound more mature… but man… it really was quite a marked contrast to the rest of Eastern and Central Europe, and funnily enough, Avril actually googled “weird Austrians” and got hits to other websites that hilariously mentioned exactly the same thing!!!

But I guess when Arnie, Hitler, Inspector Rex and Falco are Austria’s most famous dudes, we shouldn’t have expected much…

Anyhows… other than having a perve meltdown in Austria, we also bummed around Prague in The Czech Republic for a few days, which was great since Prague is FULL of Bohemian F’Art Nouveau, and would simply be one of the most beautiful European cities that we have EVER been to… not to mention that a 500ml glass of beer costs 50 cents compared to a can of Coke which costs €2!!! How Bohemian Holy Crapsody is THAT!!! 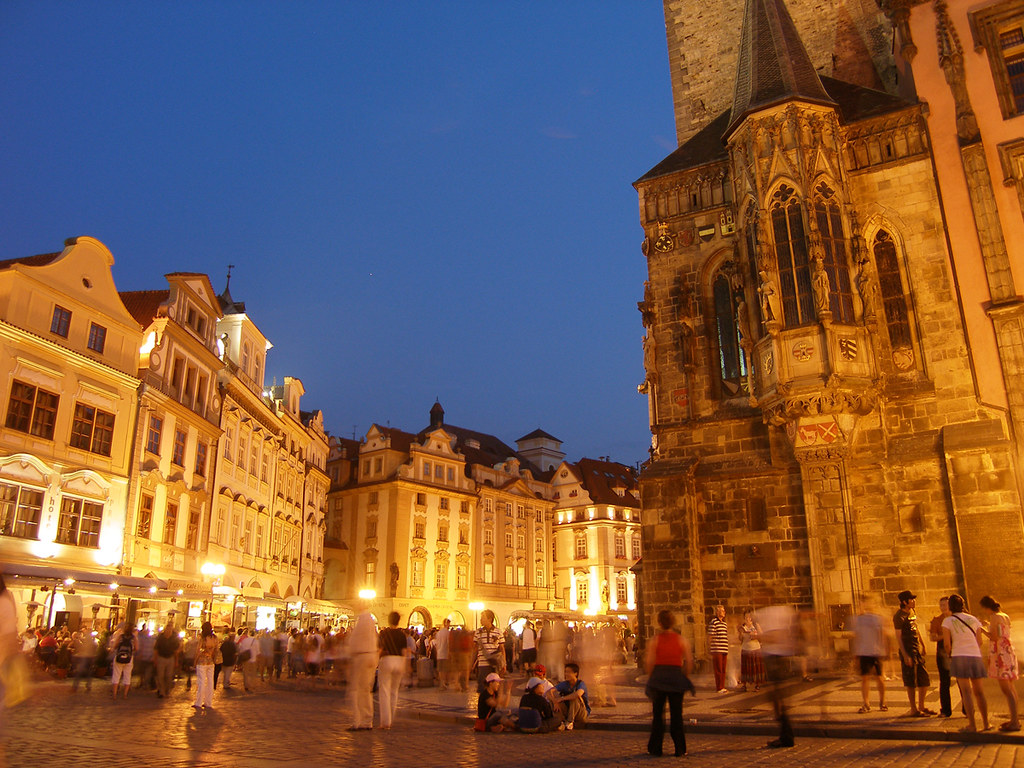 …And whilst in Prague, we also absolutely fell in love with Alfonse Mucha’s work at the Mucha Museum, and he is now our most favourite dead artist EVER!!!

Mucha was a dude who did some of the most beautiful f-art nouveau paintings and posters from the late 1800’s, and many comic artists copy his style to this day. 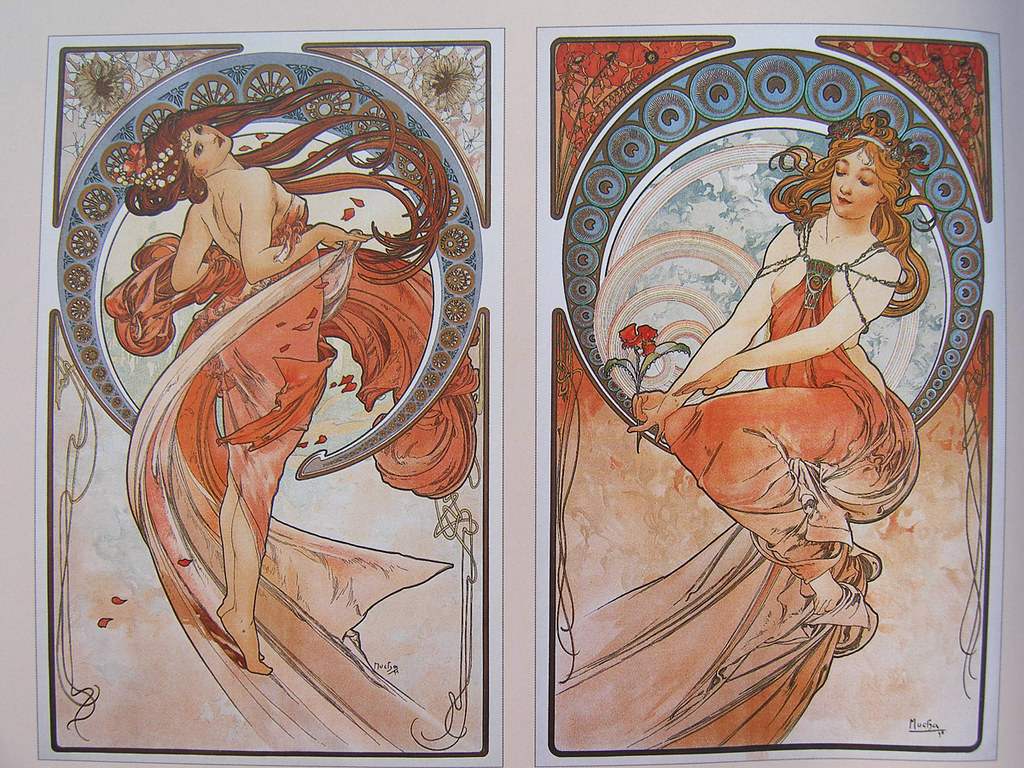 In fact, I was copying his style on a painting when Avril and I first met, and she was so impressed that eventually she shagged me and that’s why we are together today!

Anyway, Mucha’s work must have definitely released our inner art wanker, because we decided to head to Moravsky Krumlov in Moravia in the south of The Czech Republic just to check out his famous Slav Epic paintings which are 20 huge paintings dedicated to the history of the Slavic people. 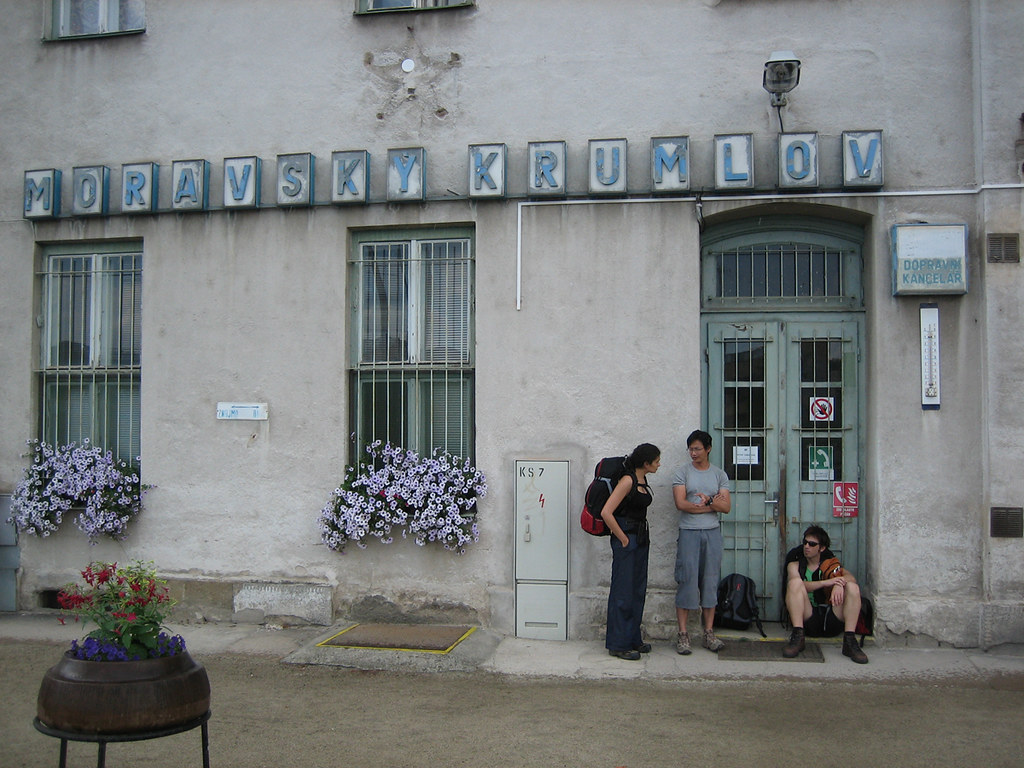 It was totally awesome, but the town was so barren and desolate, that we definitely feared that zombies would have eaten us if we had stayed there too long… so we then headed out to Bratislava in Slovakia for Avril’s birthday.

But after a couple of days, we realised that it really is quite a prosperous city and it does actually have a really nice old town centre, and surprisingly the suburban areas are the most similar to our home in Brisbane that we have come across in all our travels, so it actually does look like a nice place to live. 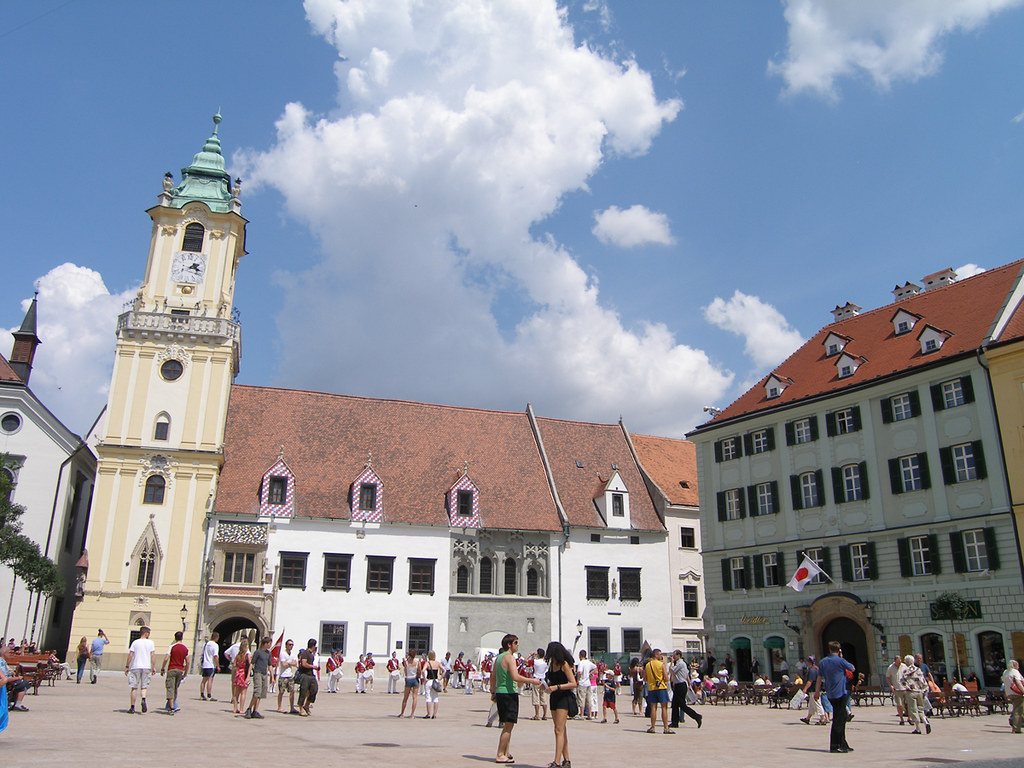 However, that didn’t stop us complaining about being eaten alive by mossies while having a birthday picnic for Avril at Devin Castle on the blue Danube River which really should be renamed to the diarrhea brown Danube since it is so polluted. 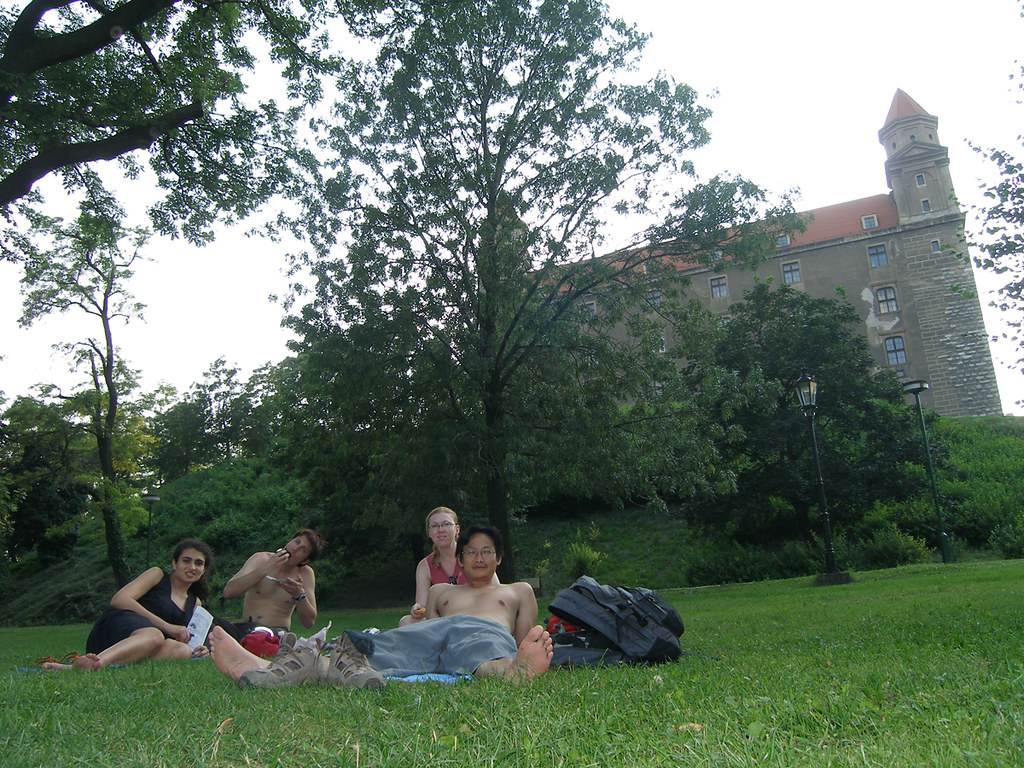 But, anyways, Avril still had a nice birthday, and now we are off to Slovenia followed by a week of sailing in Croatia which will ROCK!!!

Gotta go now as I need to pee, so I am going to ask Allan to pull up at the next rest stop…