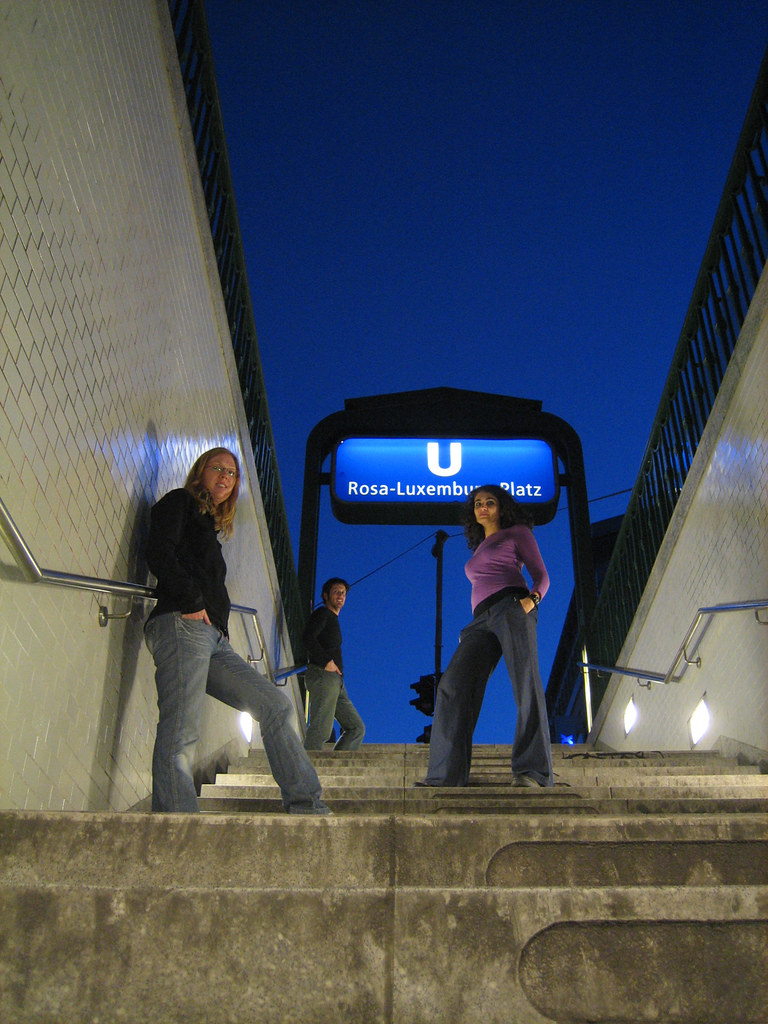 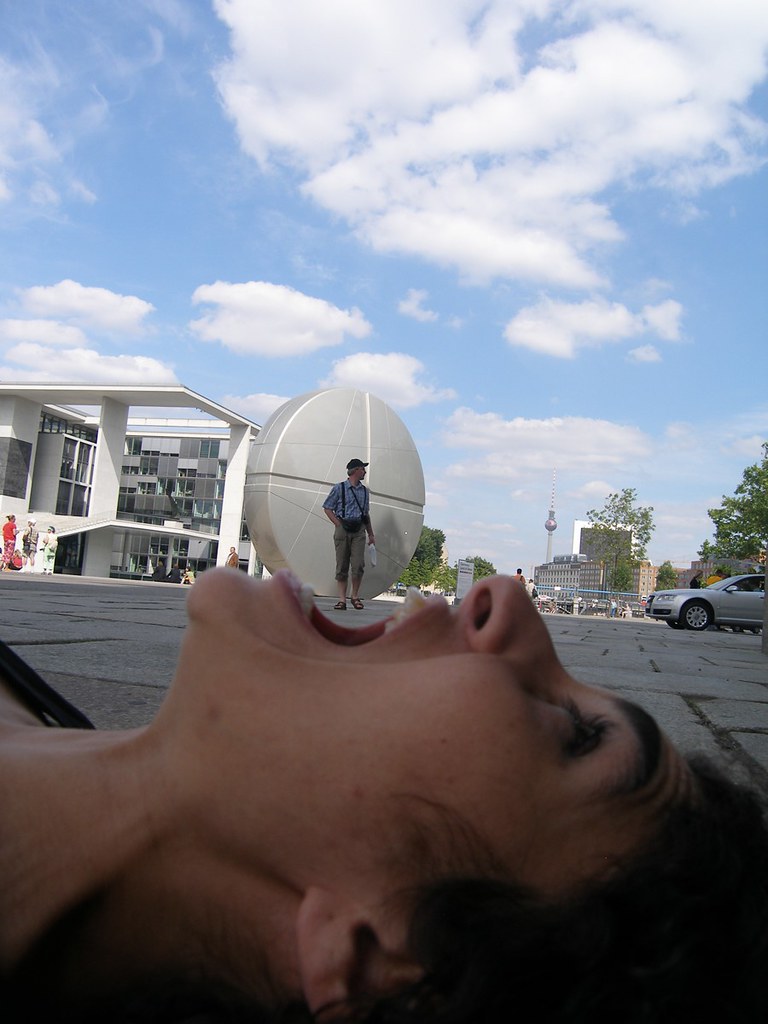 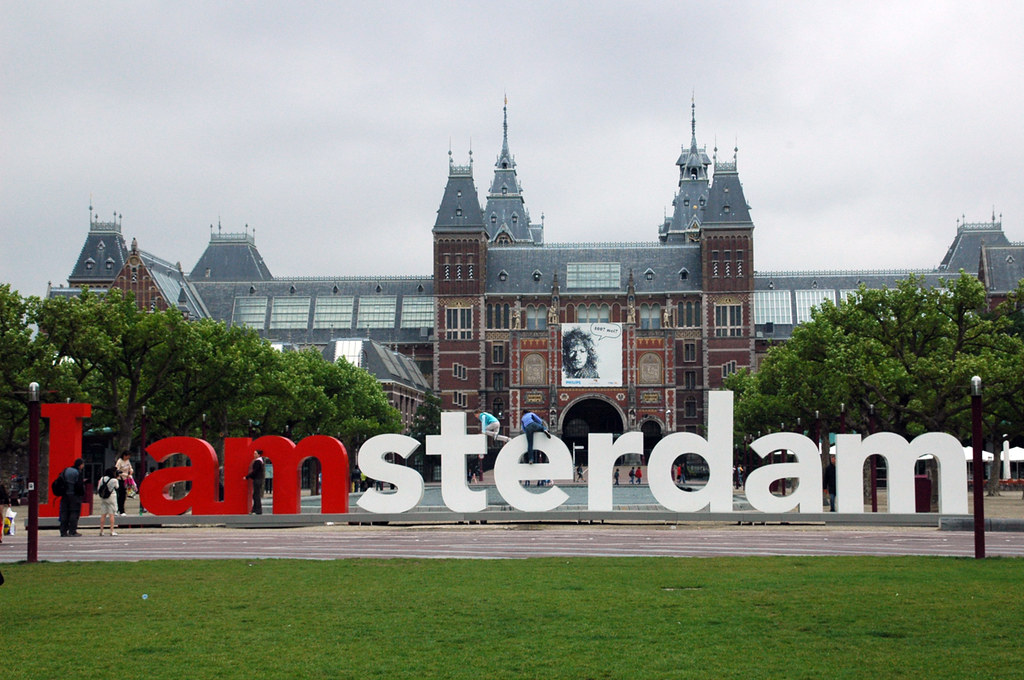 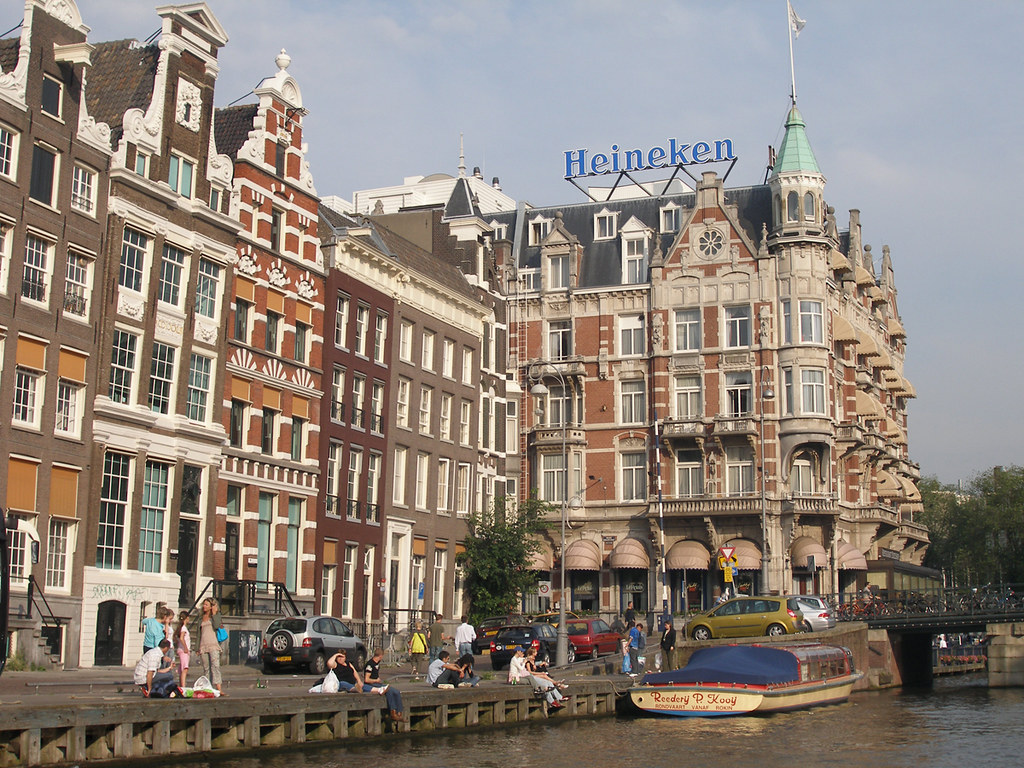 Guten Morgen to all you funky cats and damaged hamsters

Well, we are currently on a train from Berlin to Prague and since the World Cup is almost over, we figured it’s about time for another blog update.

Now after our last blog we got quite a few people commenting on how yummy Avril looked in her Aussie cossie bikini but we’ve now discovered… much to Avril’s dismay… that ALL girls can obtain the same level of superheroine powers if only they can get their hands on an Aussie bikini too!!!

We only discovered this in the last couple of weeks however, since we’ve now done a superhero team up with Darlene and Allan (aka DJ & MR LUSH)… who are some friends from home who SHOULD be at home housesitting our Batcave and cat, but who have actually decided to defect to Europe for 6 weeks.

Like us, they also scored some tickets to the World Cup in Berlin along with some other friends Libby and Olaf… And it was on their way to the Germany Vs Argentina game that we discovered that the source of all Avril’s superpowers, is not actually in her breasts, but actually in her Aussie bikini BRA!!!!

Now we didn’t witness this firsthand, but… man… Avril lent Darlene her Aussie bikini top for the game and even though there were no other Aussies dressed up for the game, as soon as Darlene took her top off, she was apparently swamped by people wanting to take her photo!!! 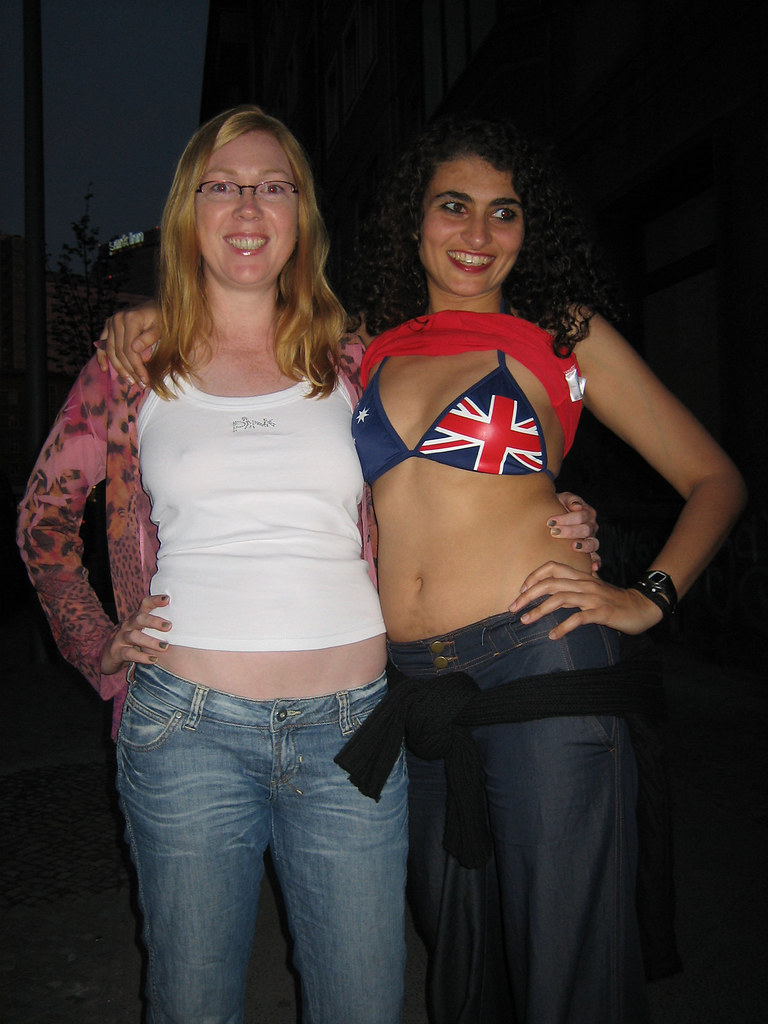 HOLY COW… It now seems that Avril’s superpowers are actually TRANSFERABLE, and although we didn’t realise it at the time… the bikini must TOTALLY be like a Green Lantern power ring, since by wearing it, Darlene was bestowed camera attracting superpowers far beyond those of mortal breasts…

Realising how powerful a weapon it is, the bikini is now back in the hands of its rightful owner… but the fear remains that such a powerful bikini could always be used for evil should it fall onto the wrong breasts… But much like Frodo, this is a burden that Avril is willing to bear!!!

And because we now have such a great burden to bear, we then decided that the last 2 weeks should be spent chilling like a chilli thing!!!!

First up we had 4 days in Hamsterdam where we caught up with different friends Mijke and Kim and did all the usual Netherlandy type things like the Van Gogh museum, the delightfully cheery Anne Frank House, and of course the green leaf, red light district, whilst trying to avoid jokes about Dutch Ovens… (an Aussie term for farting under your blankets and then pulling the blanket over your head to enjoy the aroma…) 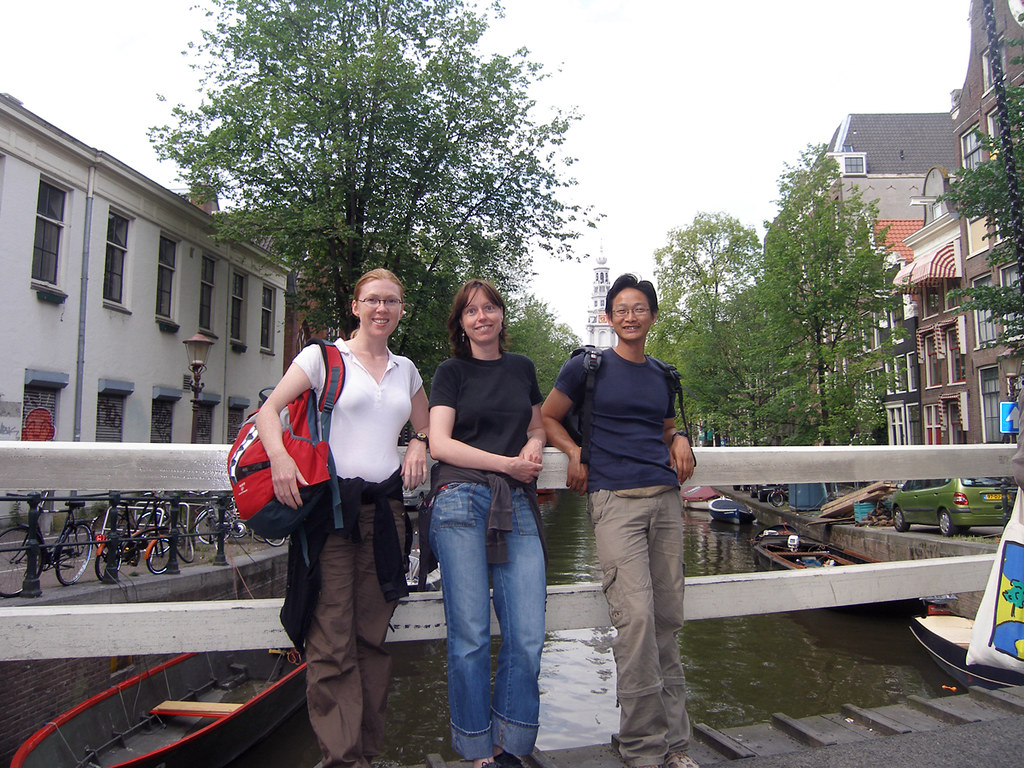 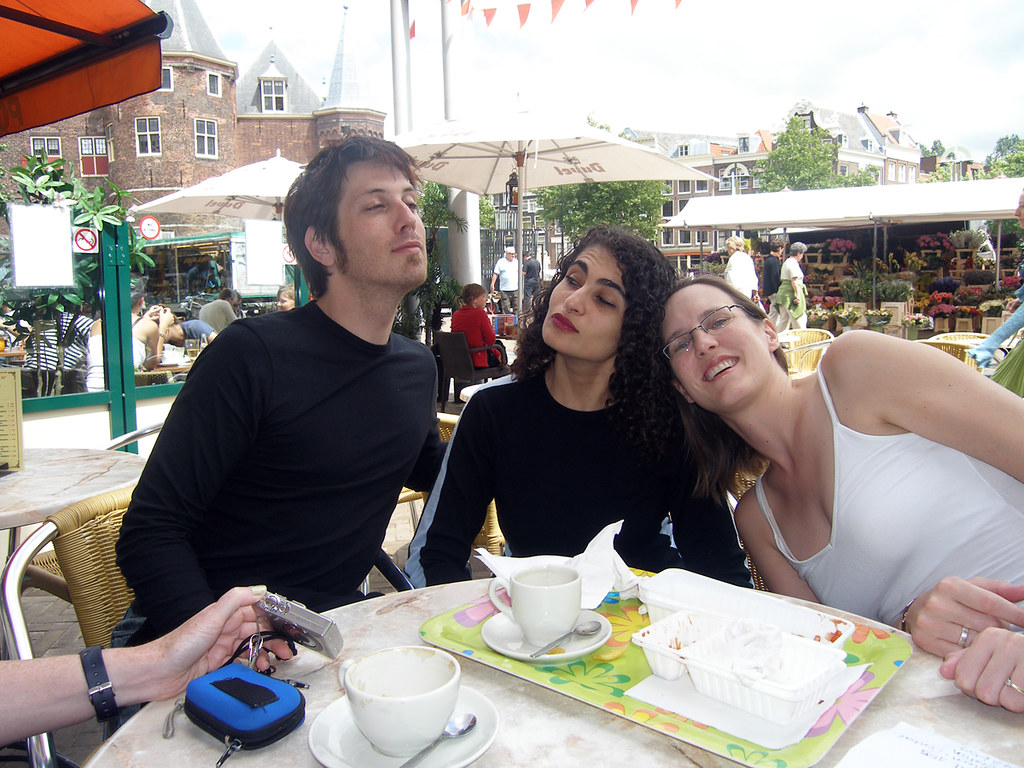 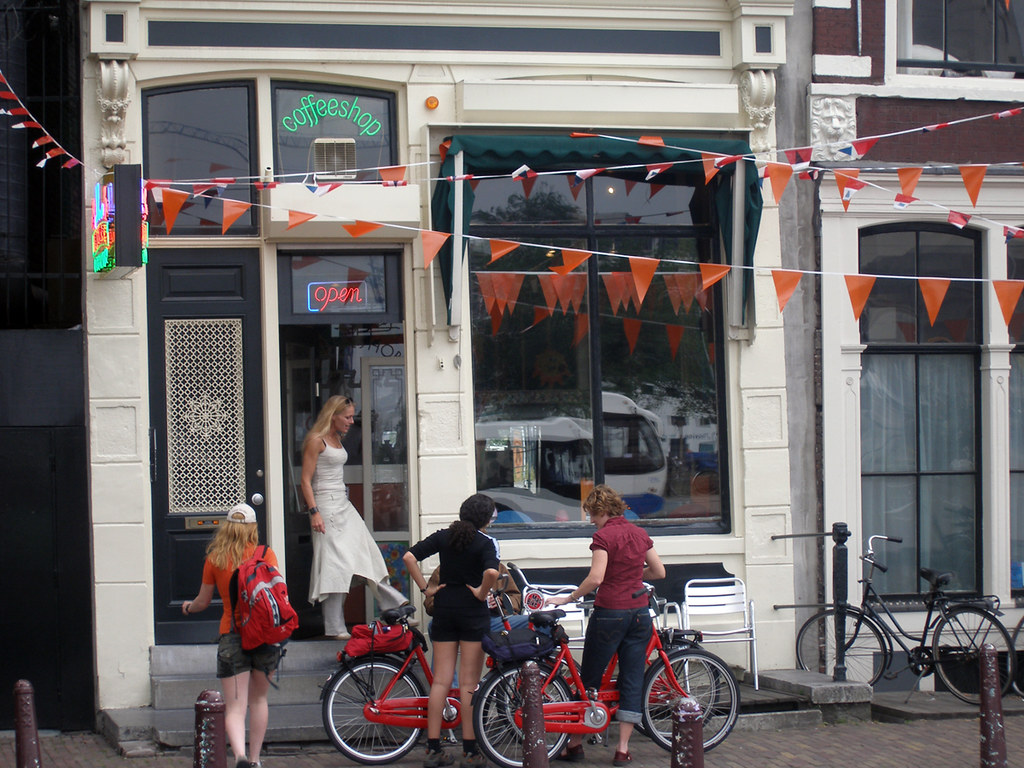 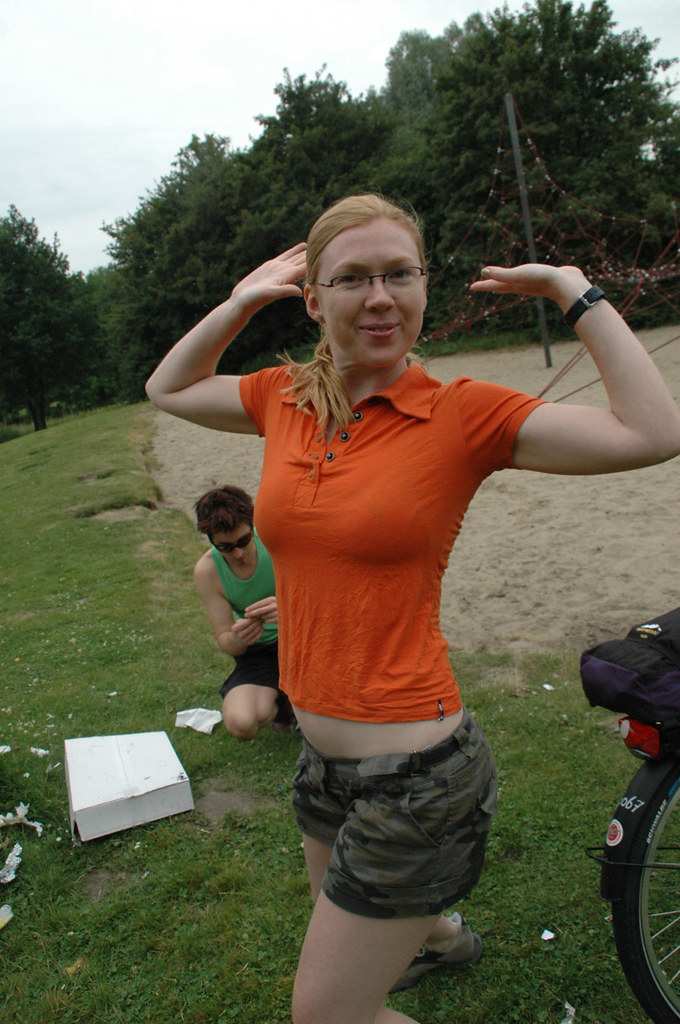 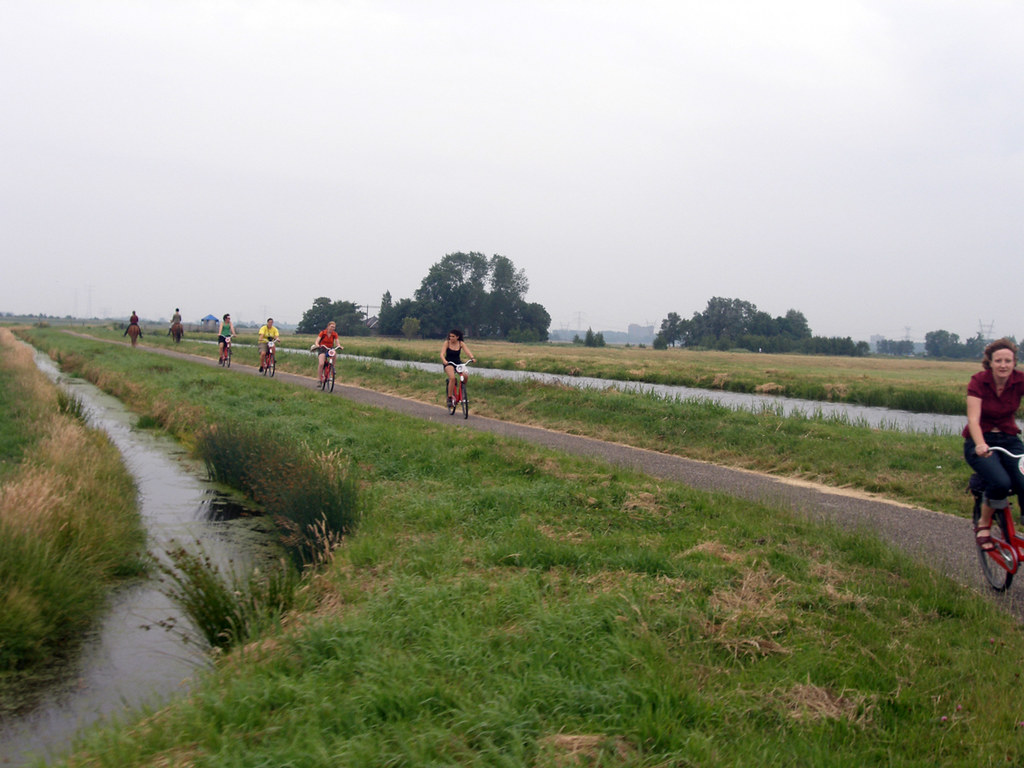 But then we hightailed it back to Berlin which was fantastic since we’ve now managed to have 7 days here to soak up the World Cup vibe.

Man… Berlin is probably one of the FUNKIEST cities we have been in, and being here for the World Cup has been awesome since the atmosphere here has been TOTALLY electric!!! 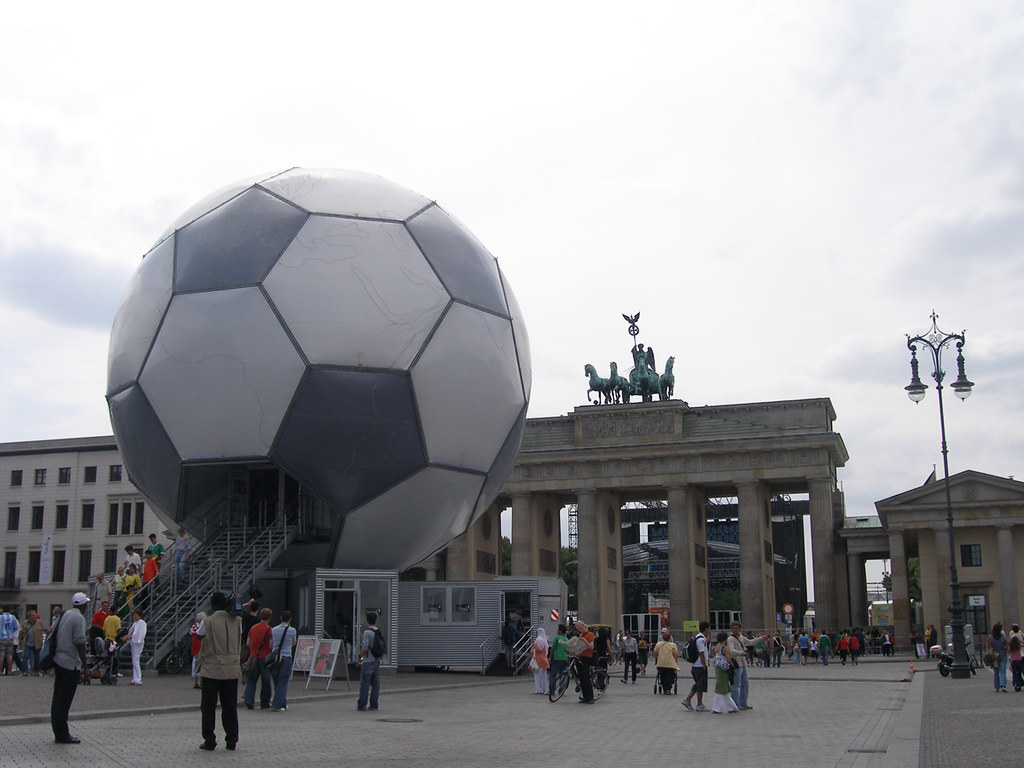 Not only that, but Berlin has a FULLY awesome music and art scene which was great since we got totally burnt out by all the depressing holocaust and WW2 history… Not to mention that taking in all the ex-communist history is a bit hard when there are touristy places like Snackpoint Charlie sitting right next to Checkpoint Charlie…

Needless to say, we were TOTALLY more interested in shopping and clubbing to check out the funky monkey music scene… And since a lot of the music, art, graffiti, design and architecture seems to have a weird 80’s industrial electropunk flavour, we COMPLETELY recharged our FUNK glands!!! 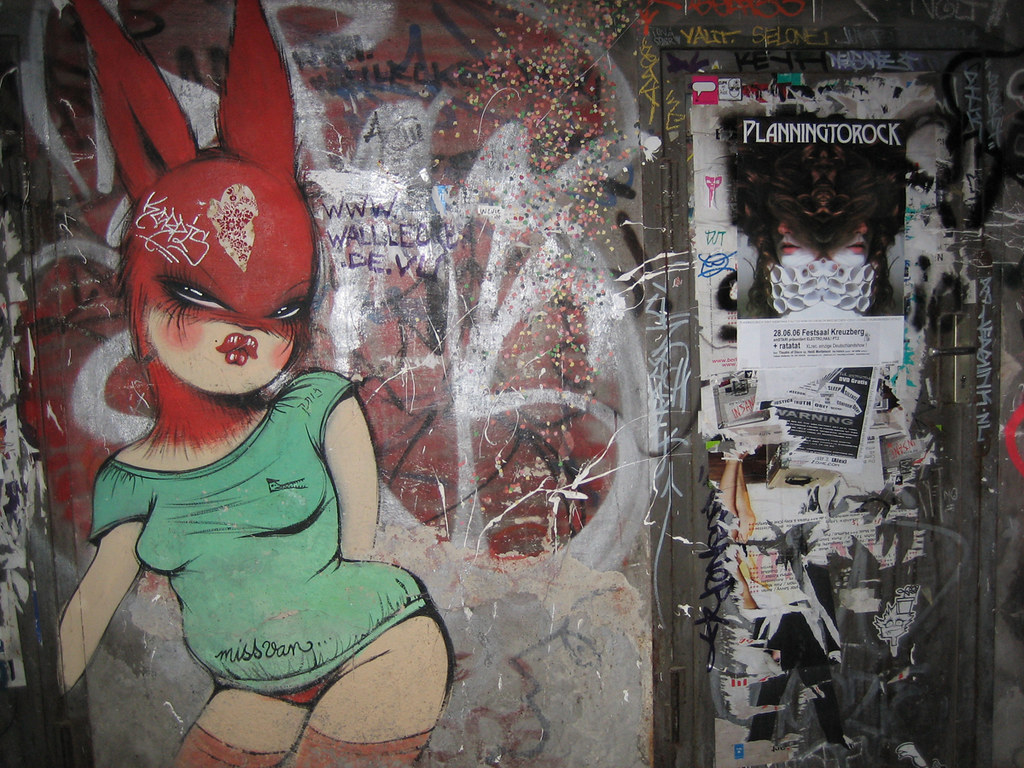 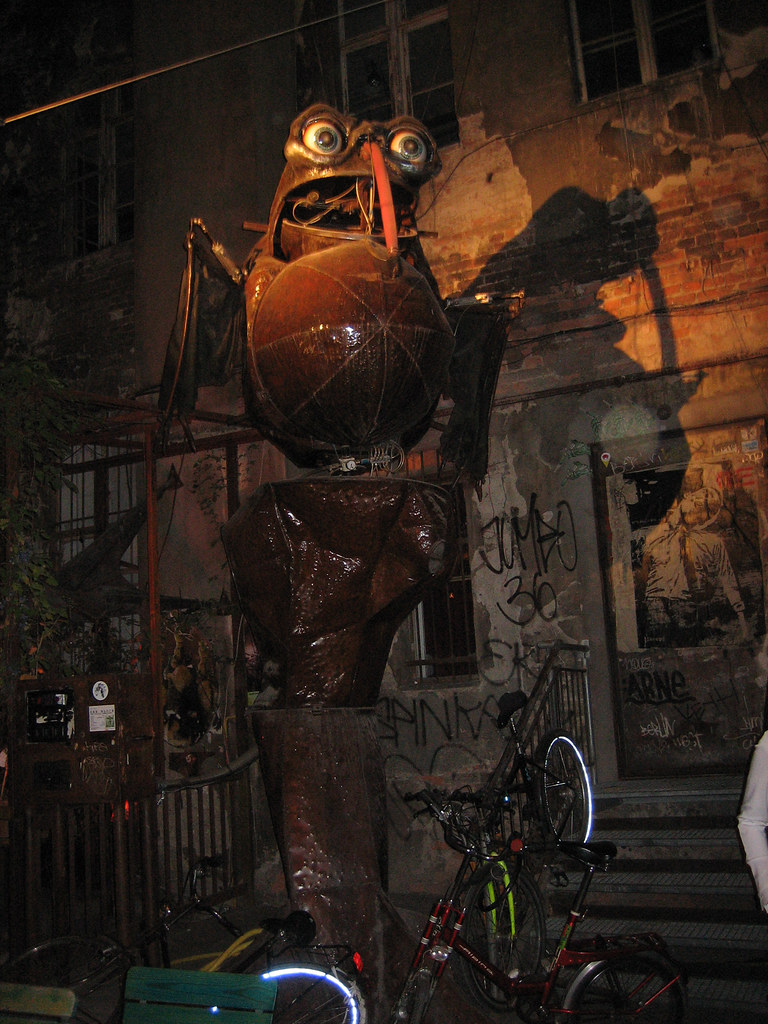 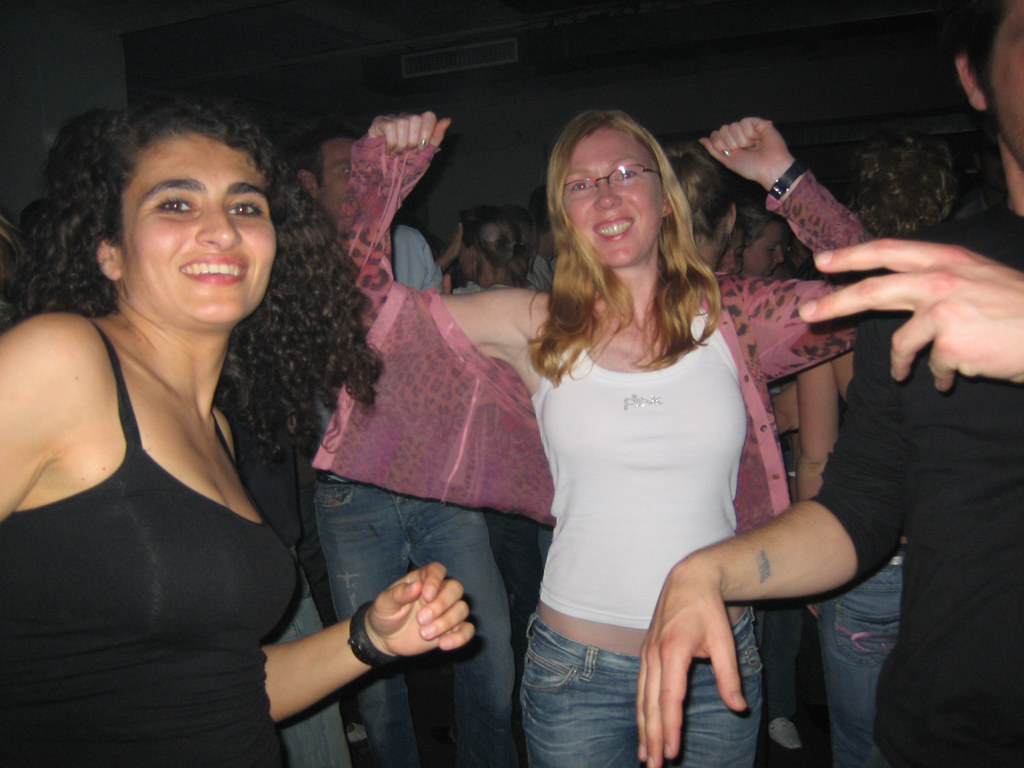 We ACTUALLY liked Berlin so much, that it is now definitely up there with Canada as being another place we could move to if Australia ever gets destroyed in an alien invasion…

In fact Germany in general has really impressed us as a fantastic and friendly country to travel in, which is weird since we have never really had the desire to travel here despite us having more German friends than any other nationality outside Australia.

I guess we always thought Germany was a bit boring and only for old people since so many Germans travel away from their own country… And surprisingly, we met quite a few Germans that were actually surprised that tourists would come and enjoy their country and some of them actually thanked us for coming here!!! 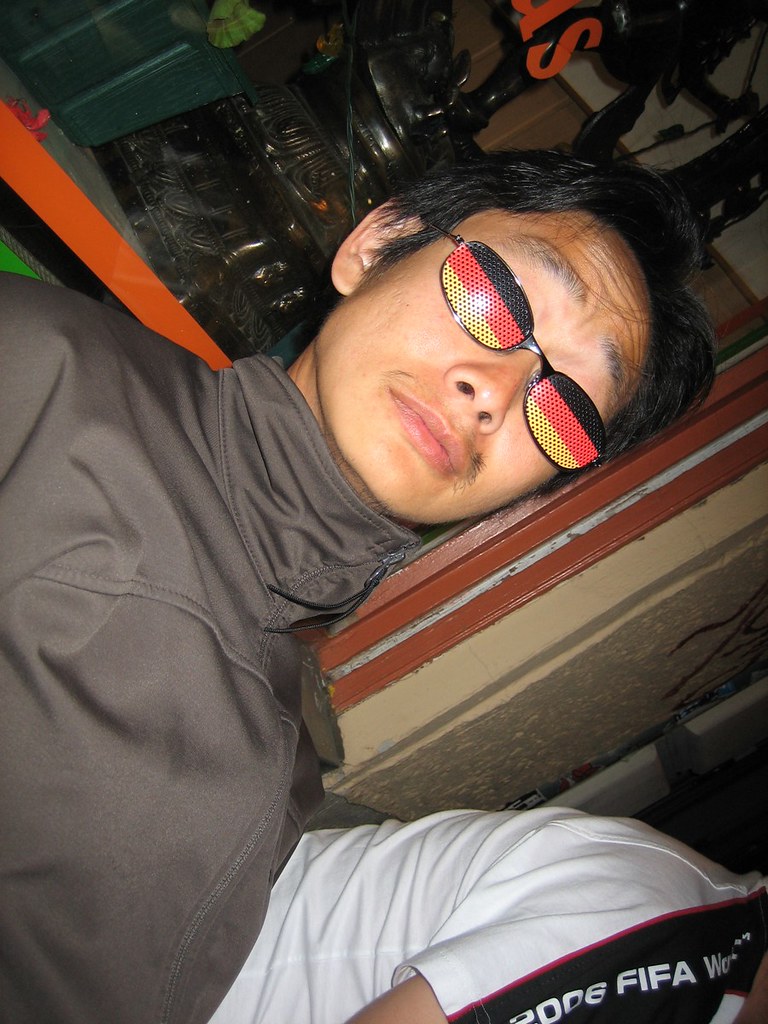 So like a self conscious girl who just had a boob job, apparently the World Cup has been a massive boost to Germany’s self esteem which is fantastic since we really enjoyed the place… Although it doesn’t change the fact that we still find middle age Germans to be the most arrogant tourist demographic outside of Israeli teenagers!!!

Anyhows, we are now off to czech out Prague and the Czech Republic on our way to Austria since we have just scored tickets to a 2 day music festival near Vienna to see The Cat Empire, The Streets, Kosheen, Mo Horizons, Stereo MCs and get this… THE FRIGGIN… PIXIES!!!!!!! HOLY CRAP… DO WE TOTALLY ROCK OR WHAT…!!!!!!!

Gotta go, because the border bitches are coming to czech our passports…