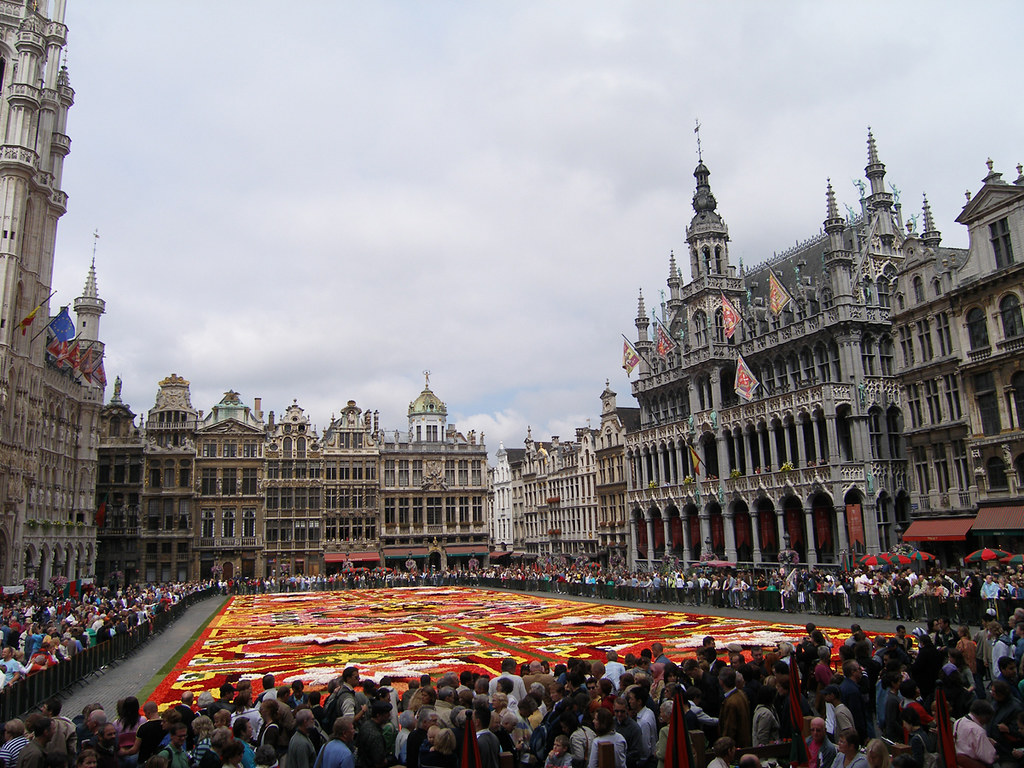 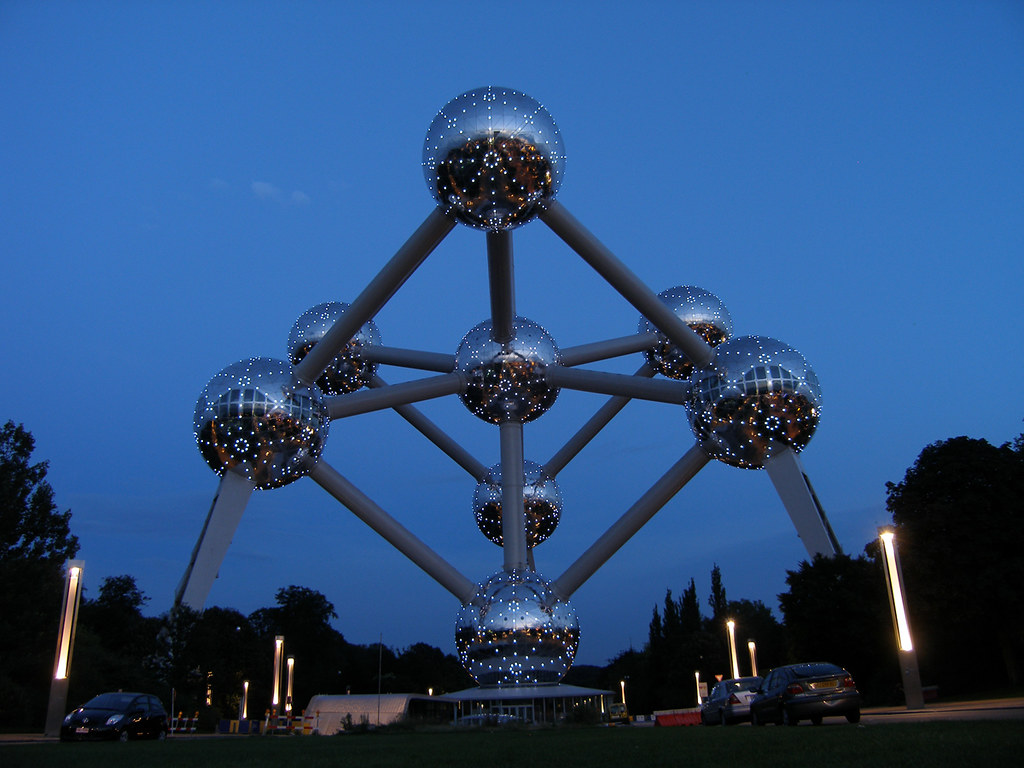 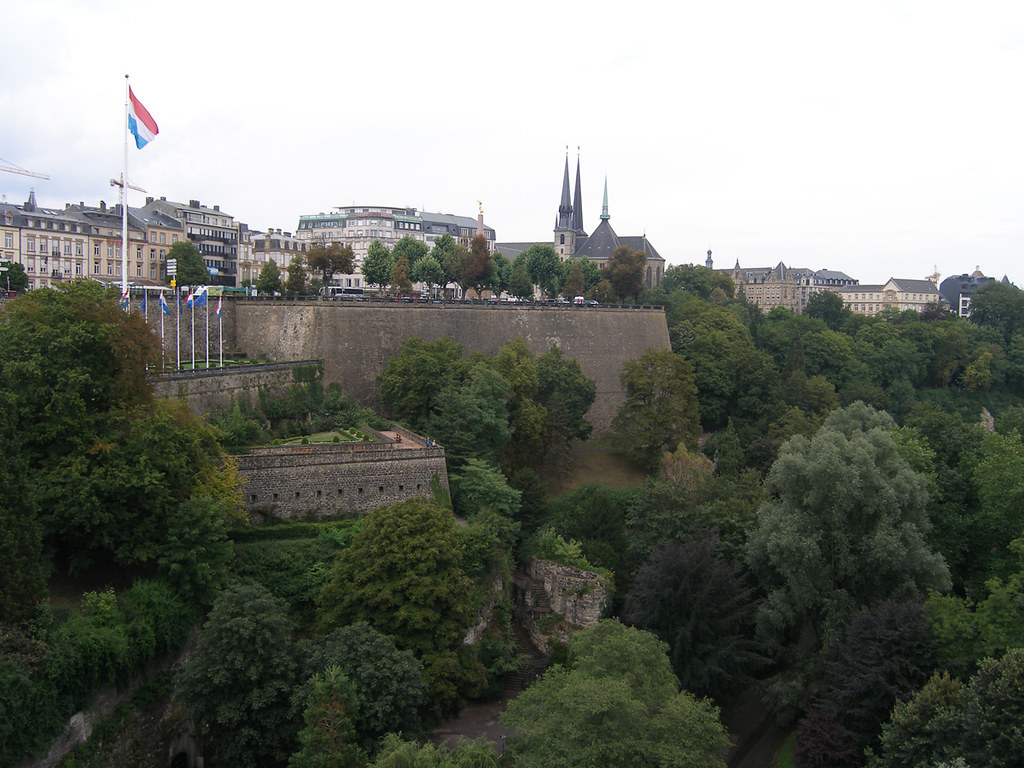 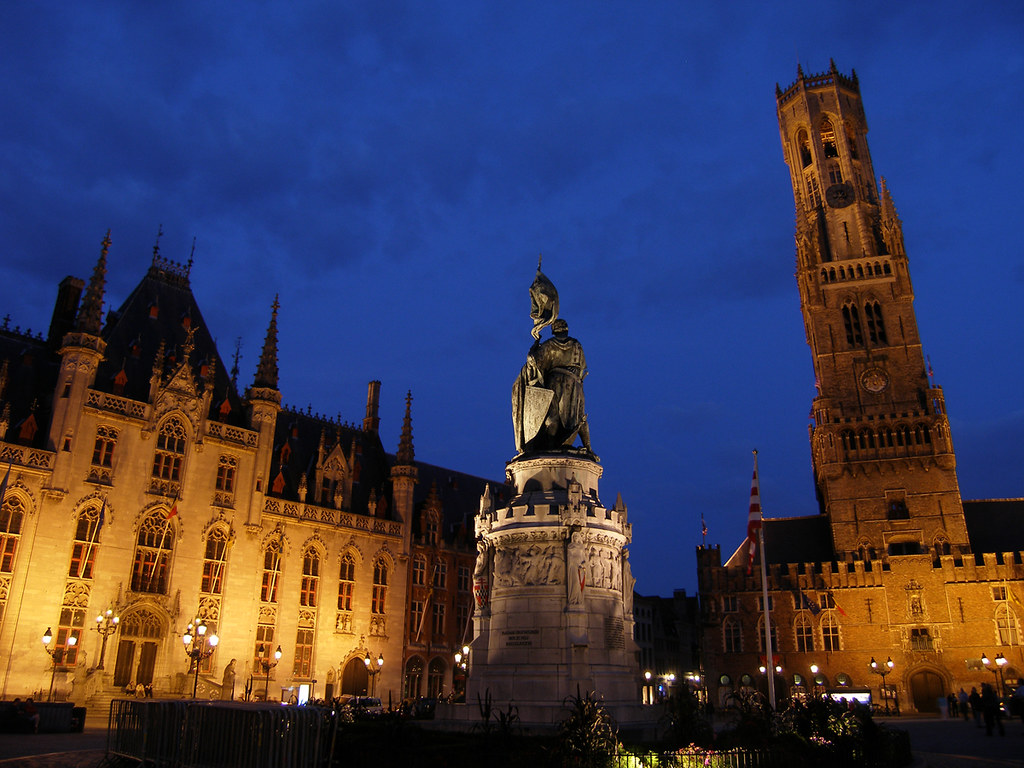 Bonjour and Dag to all you Brussels Sprouts and buxom Luxemburgers

Well, we are currently at Charleroi Airport in Belgium about to head back to Ireland and since this is now officially the last day of our 4 month European holiday, we thought we’d finalise it with a travel blog.

Well all we can say is that we did you ALL a favour since some of the nudey photos were actually very VERY scary!!!

…In fact… some of the photos were actually SO scary, that if a Japanese horror film maker actually made a movie from some of those photos, then it would DEFINITELY be remade for American audiences with Sarah Michelle Gellar starring as my left testicle!!!

In anycase, this time things are MUCH more tamer since we have now currently been touring around Belgium and Luxembourg which are well known to be boring countries since they are both countries highly involved in the running of the European Union and hence full of pompous business culture and diplomats…

However, after spending the last 6 days here, Belgium is actually not as bad as we were expecting, although we almost died in a high speed taxi ride from the bus station after Avril got yelled at by our psycho-chicken hostel owner for turning up after midnight… Tossers…!!!!

…Actually, I take that back… Considering that their most famous prized landmarks include statues of a girl, a boy and a dog taking a piss, and that the pride of the Royal Palace is a roof made from several million beetle wings, Belgiums are actually probably WAY weirder than anyone else in Europe except Austrians!!! 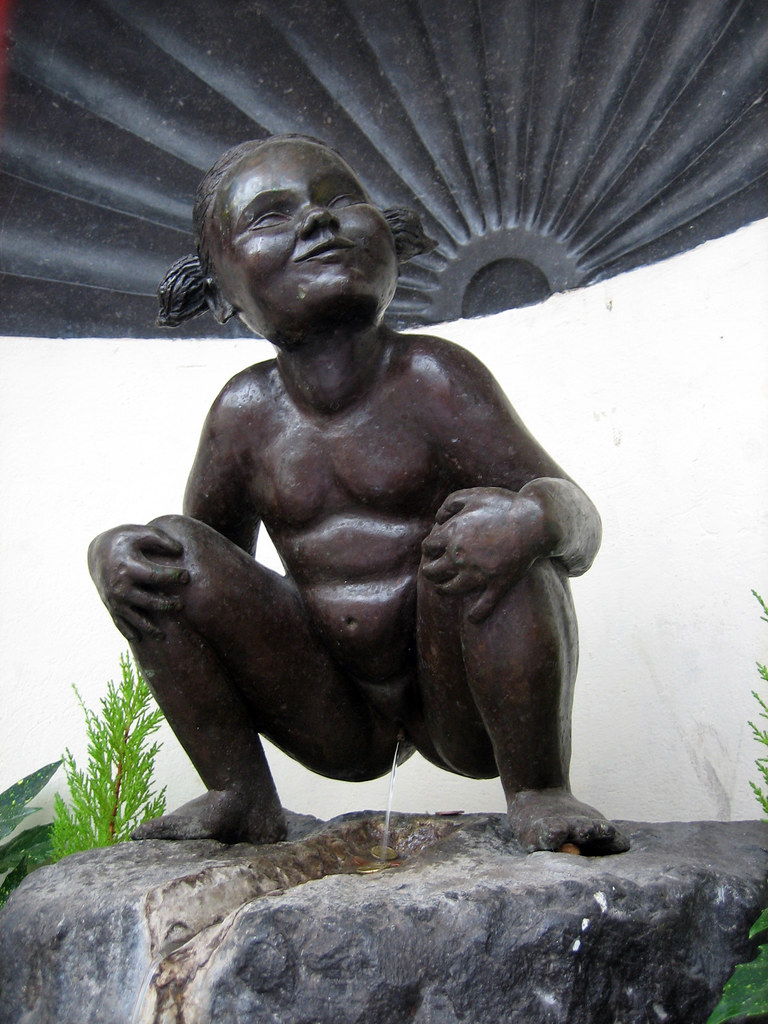 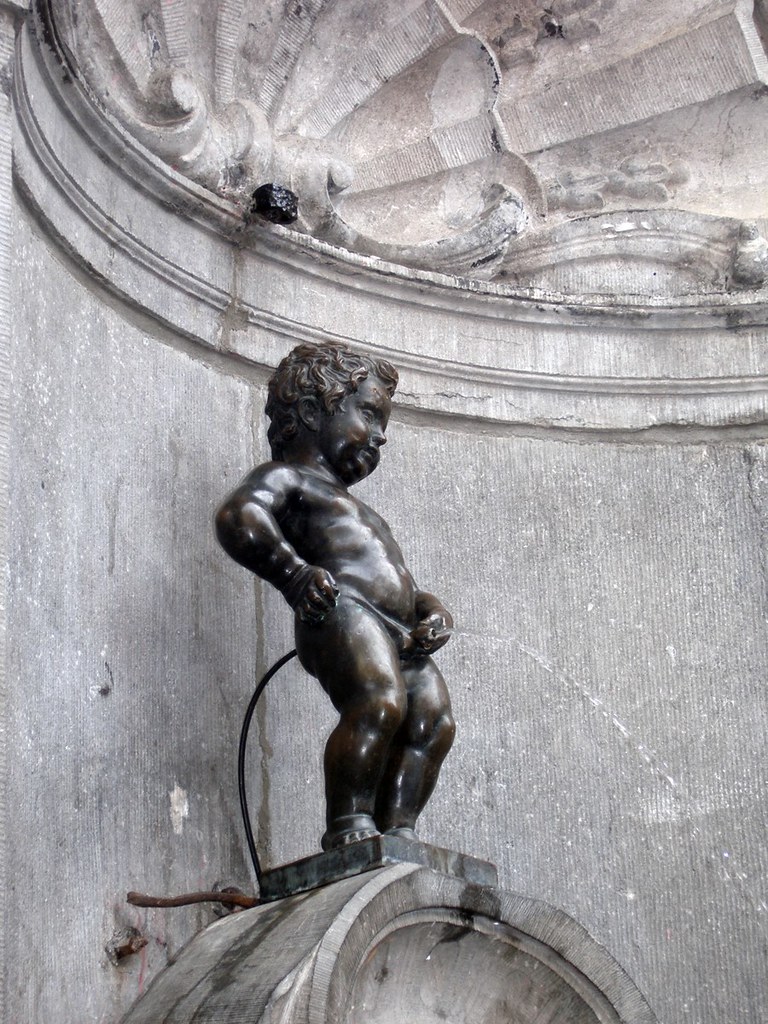 But anyway, since some of the famous things to do in Belgium include eating Mussels in Brussels, sitting and drinking beer at one of many pubs with over 1000 beers on their menu, and of course scoffing down Belgian waffles and Praline Chocolates, we definitely managed to entertain ourselves, although we were very stumped by the fact that you actually can’t find Brussels Sprouts anywhere here!!! 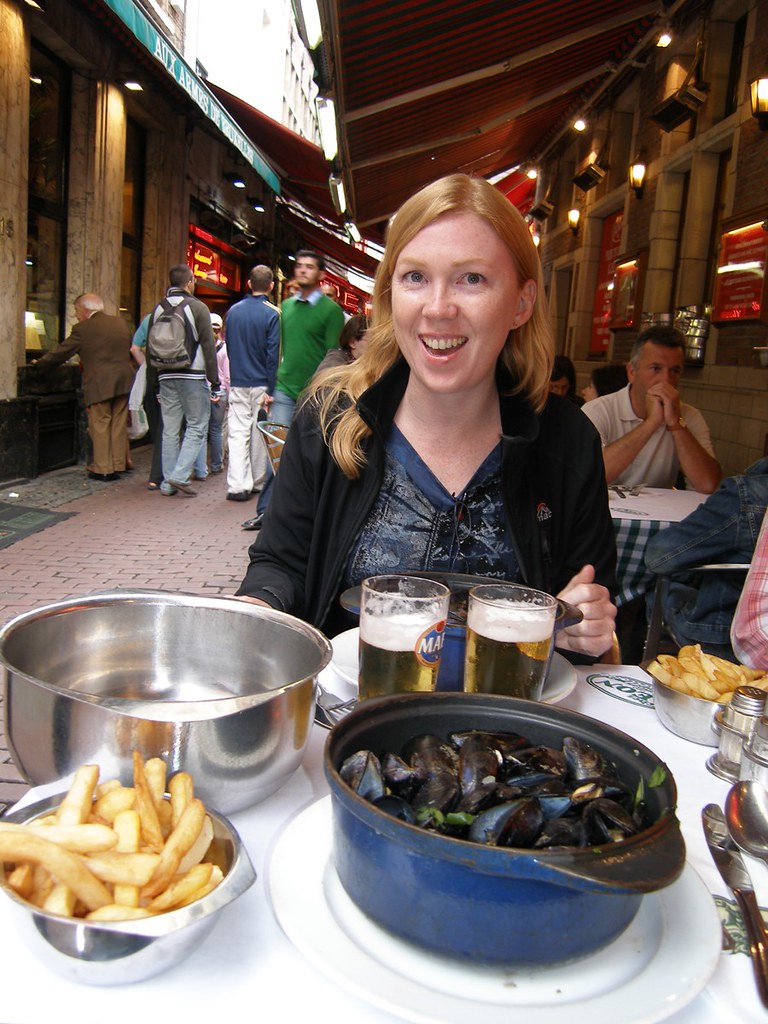 Not only that, but Belgium is the world capital for comic and cartoon culture since Belgians have created such classic cartoon characters like Tin Tin, The Smurfs, Lucky Luke and Jean Claude Van Damme… and they have elevated cartooning to such an art form here that they have large scale mural cartoons painted all over buildings around Brussels which I found to be really cool. 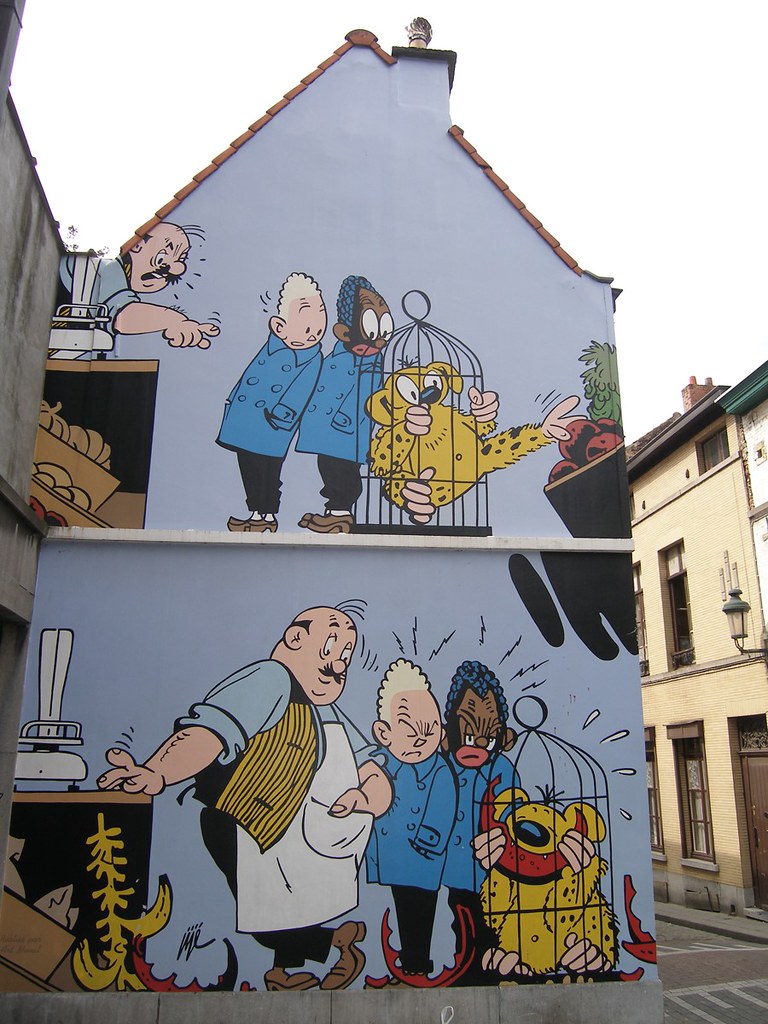 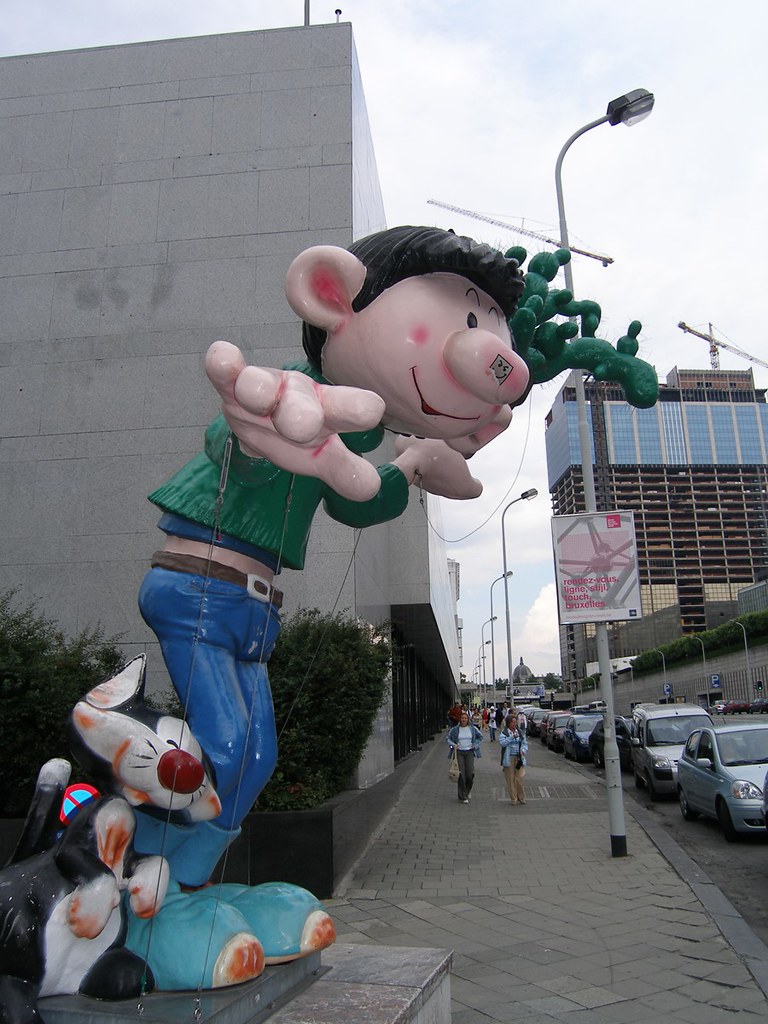 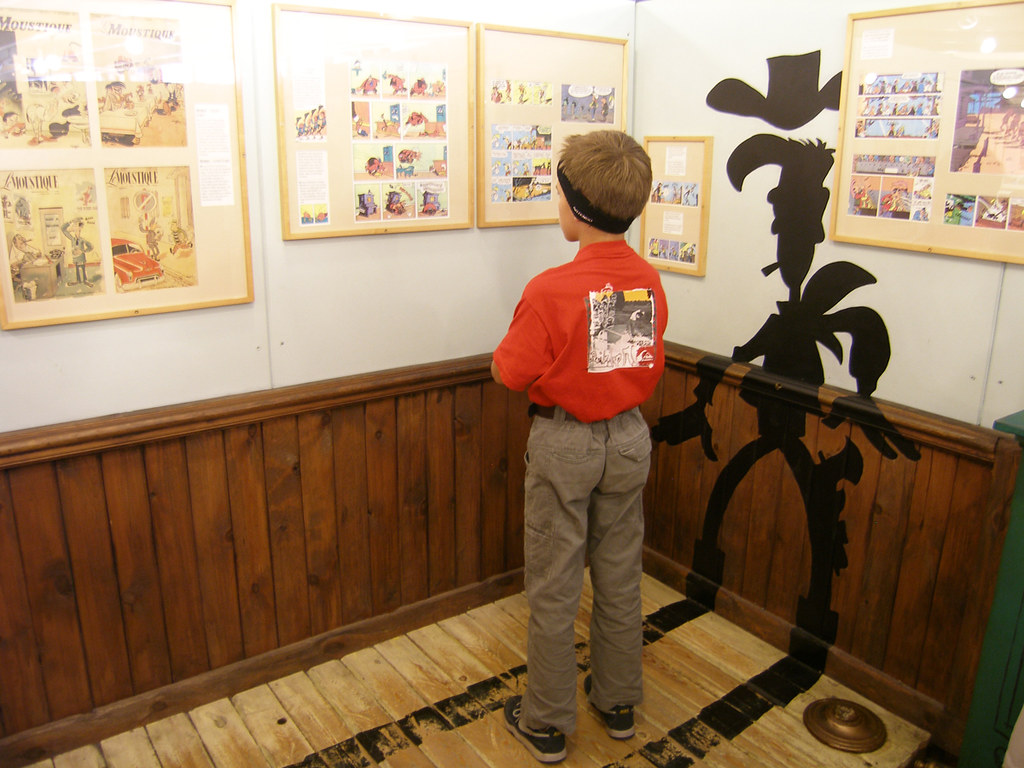 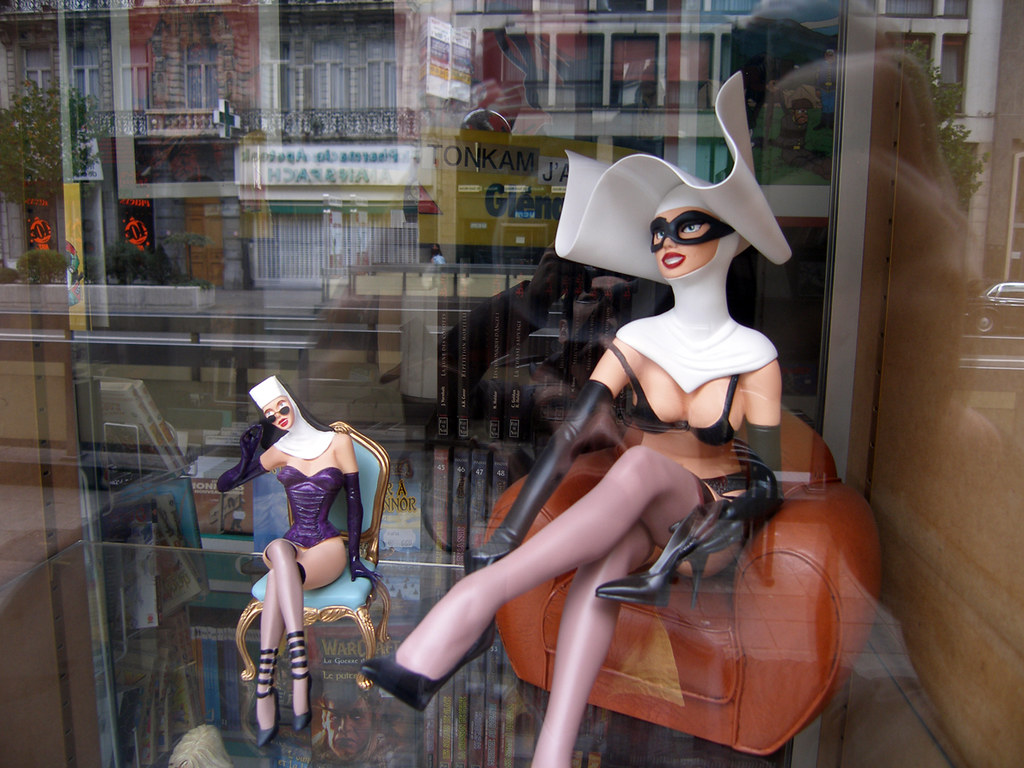 …well OK Jean Claude Van Damme isn’t a cartoon character, but how many real people do you know who have the nickname “The Muscles From Brussels” and are as just laughable…

And of course Belgium being such a wealthy country over the centuries, has some fantastically beautifully gold guilded buildings and we were also lucky to arrive during the Flower Carpet Festival (Tapis Des Fleurs) so the main square in Brussels was literally carpeted in flowers which was very pretty and… er… um… very flowery… 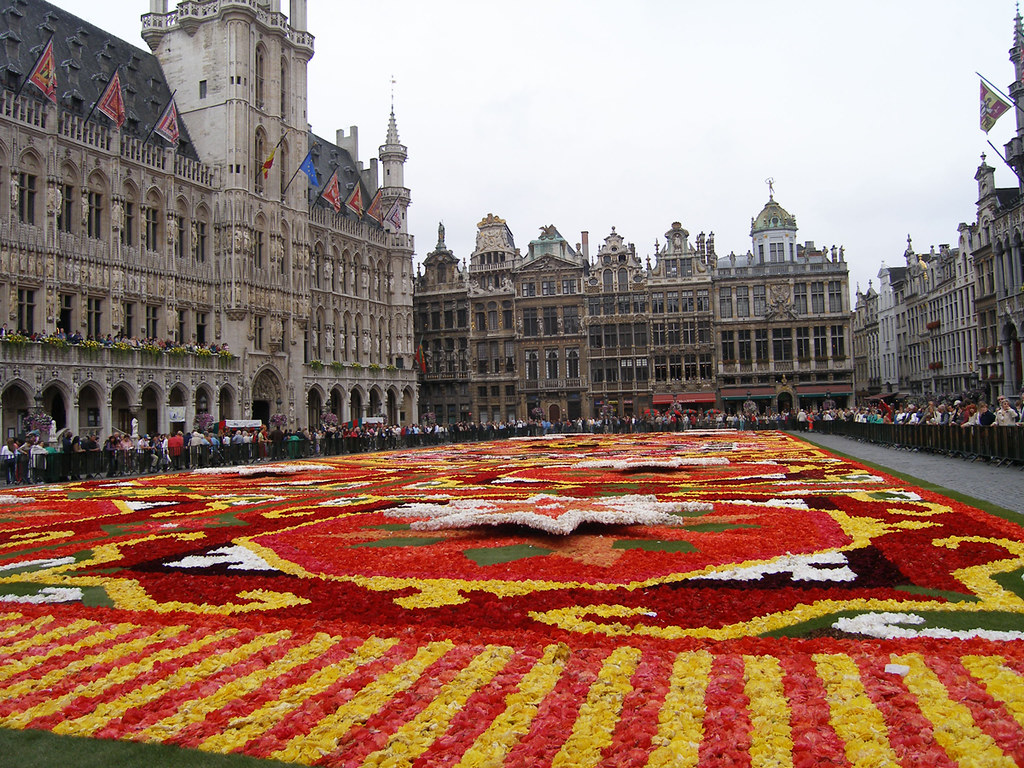 And we even managed to say Hi-Diddly Ho to Bruges in the province of Flanders in the west of Belgium which we thought was one of the darndest cutest little towns that we have been to in Europe especially since it has a cool chocolate museum. 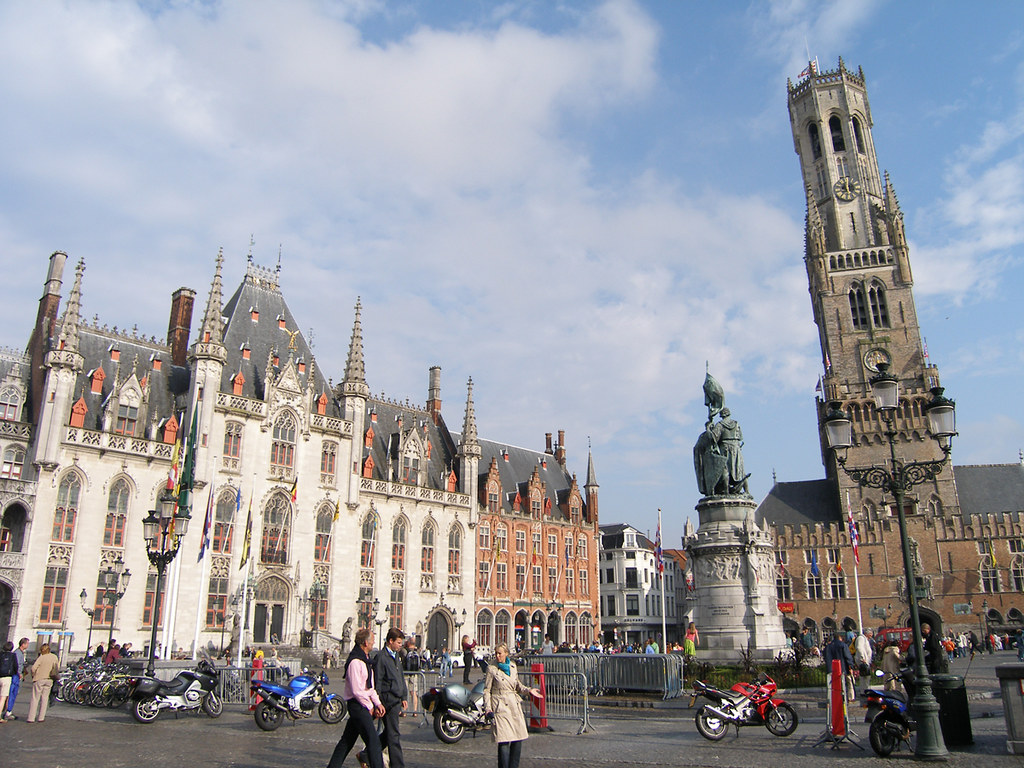 Luxembourg on the other hand is a lot more regal than Belgium with Luxembourg City sitting high on a plateau overlooking immense gorgeous park lands and lush forests. But although it is a beautiful city, we actually found it boring as heck since the weather really SUXembourg in Luxembourg and it rained heaps whilst we were there so Avril actually ended up just going clothes shopping to pass the time. 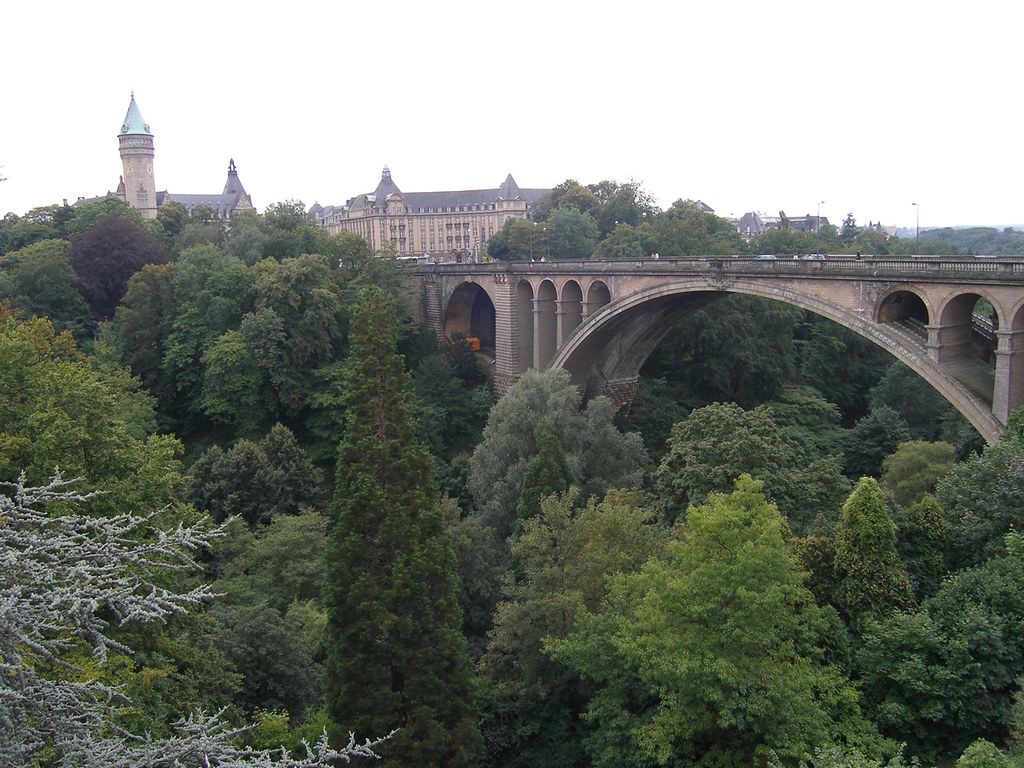 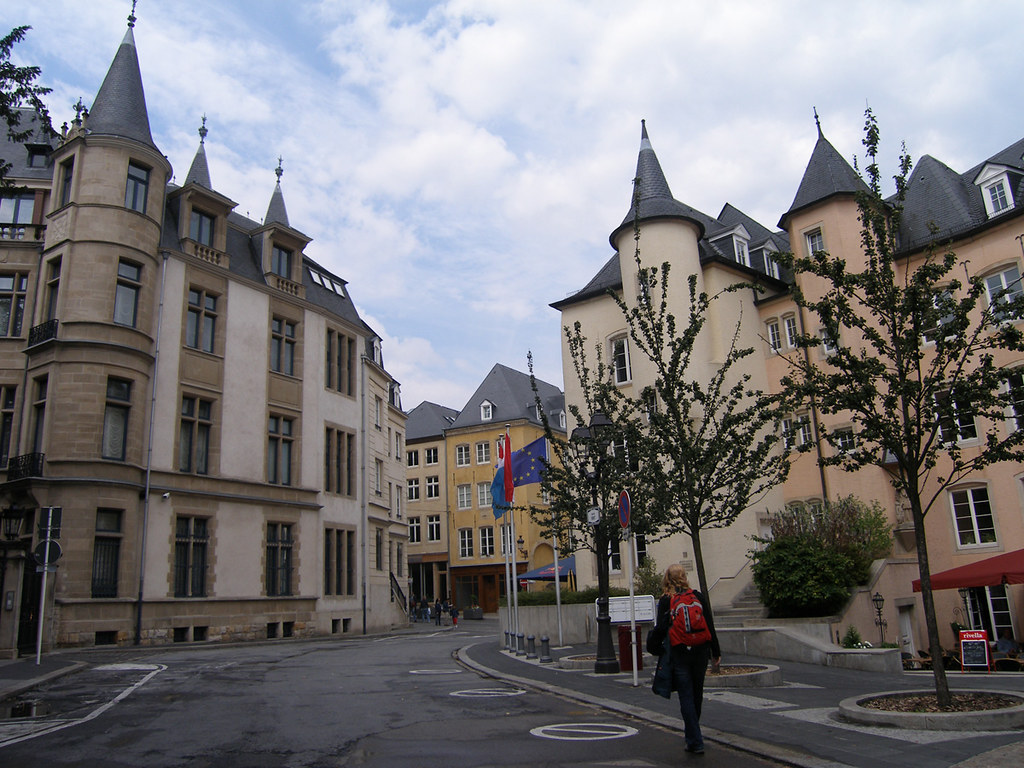 But now we’re back to Ireland for work, which is fortunate since we are broke after spending a fortune in the 4 months that we have been bumming around Europe since it has been REALLY expensive compared to backpacking in Asia or South America.

Not only that, but there is a song about backpacking through Europe by a famous Australian artist called Paul Kelly called “Every Fucking City Feels The Same” and after spending such a long time in Europe, we can actually say that we fully agree since we are a bit over travelling around here!!!

Man… every friggin city in Europe really does look the same after a while and honestly, if we see another Cathedral, Grand Palace, Main Square, castle, fort, museum, Roman ruins, or piece of fart nouveau, we are totally going to puke our eyes out…

Anyway, Avril’s mum Helen will be meeting us tomorrow for 3 weeks and we’ll now be heading back to Caherciveen on the Ring Of Kerry in west Ireland and we’ll have our 3 bedroom house back so if anyone wants to visit, we’ll be here for 10 weeks until late October.

And from there, I think we will definitely be planning our trip home, so we’ll be researching Africa, Russia, Mongolia, China and Spain at this stage for a several month trip home.

Anyhows, we’re going to be putting internet on in our house whilst in Ireland so hopefully we’ll be a bit more contactable, and we’ll be on skype too so if you want to find us, just search for “cedavril” …and if you don’t have skype (free telephone calls!!!) go out and get it… it’s free!!!

And our Luxembourg pics are at this link

This blog has been proudly brought to you by…