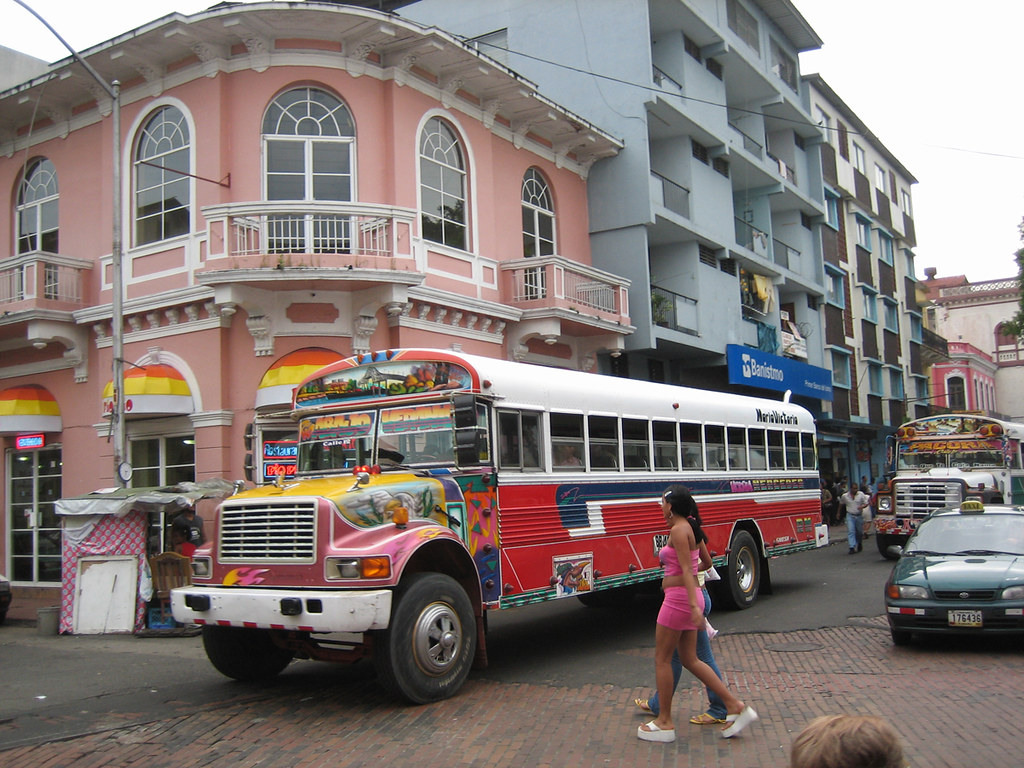 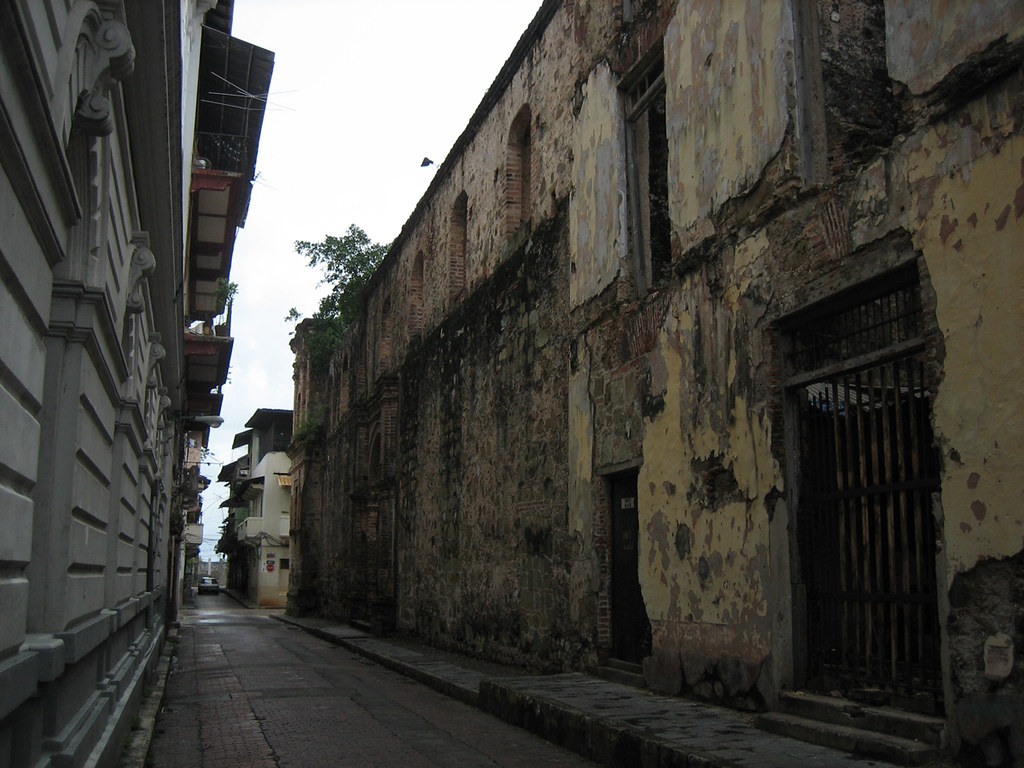 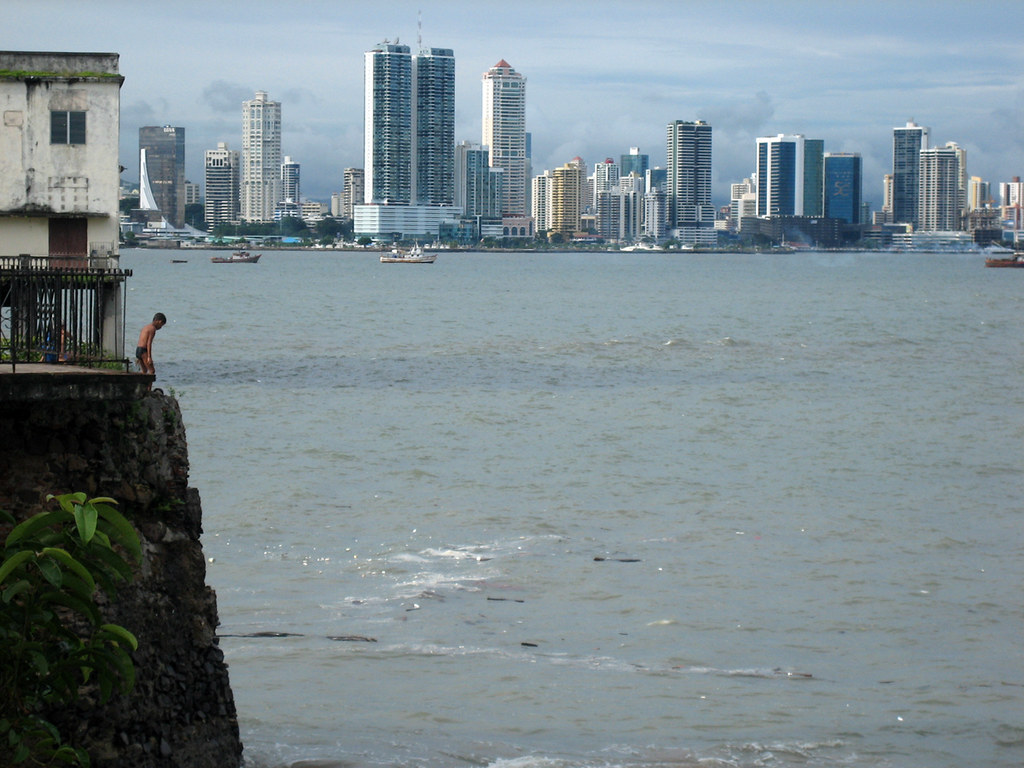 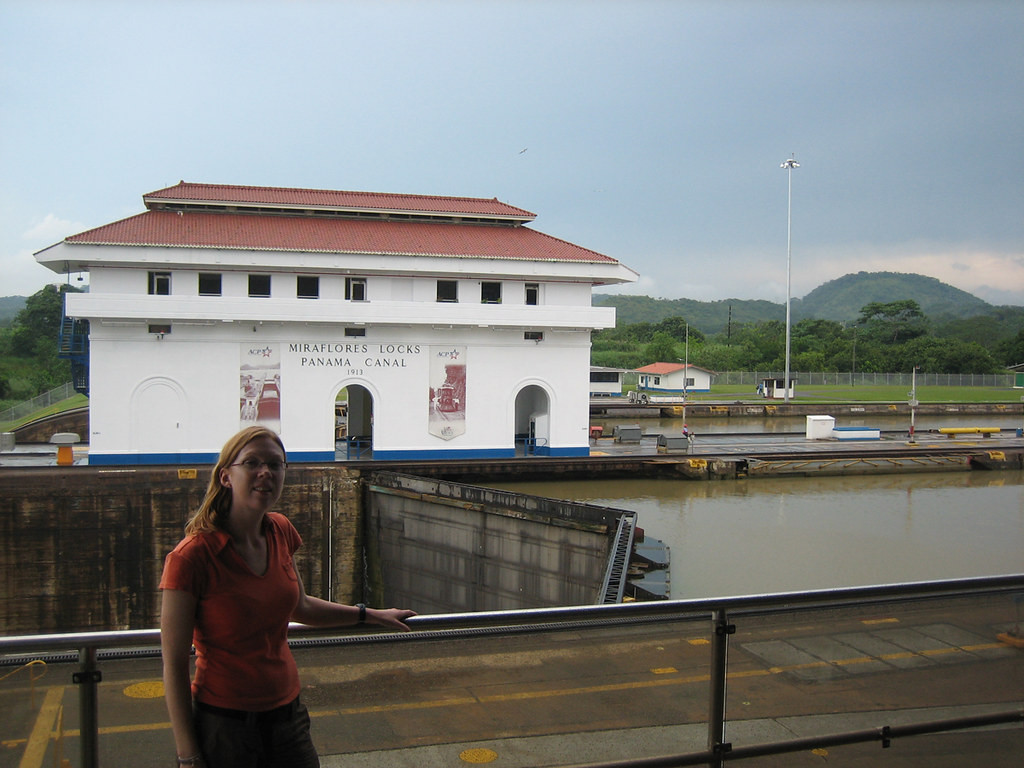 Hola Gato to all you slinky sloths and mangy muppets

Well, just after sending our last travellog 6 days ago, we slinked back to our room in Managua, Nicaragua and settled in to watch a crappy James Spader alien movie, when some British mates who we were travelling with came in and told us that a hurricane called Rita was forming just off the coast of Cuba and was expected to be a category 2 hurricane.

Considering that we were flying out to Havana in 10 hours, we shat ourselves completely and then ran around Managua trying to find an internet place open at that time of night, which is normally quite a dumb and dangerous thing to do after dark in Managua.

Anyways, after hitting the news and ringing the airline and having a chick totally FREAK us out by telling us that she hadn’t heard of a Hurricane Rita and that the flight was definitely still flying, we decided to postpone the trip for 6 days as we really didn’t trust the airline not to crash and die especially after the recent crash in Venezuela.

And so after a fucked up rorting $USD400 flight change, we managed to divert to Panama City for 6 days only to find out that the flight was actually cancelled anyway so we could have saved ourselves $400 if we’d just been patient…grrrrrrr….stoopid reservation staff….!!!!!!!! And the bloody hurricane didn’t even hit Cuba that hard anyway….

So anyways, we’ve been in Panama City for the last 6 days which has actually been cool since this is now our 3rd time here and we’d actually never done anything here except to go to the Panama Canal twice…

The reason we’ve always avoided spending a lot of time here is because the first time we were here 7 years ago, being novice budget backpackers, we decided to stay in the old poor dangerous part of town which was cheap, but probably not the best thing to do.

It FREAKED us out a bit because we had scored a free ride to the hotel that we decided to stay at, but as soon as we got out of the car, a police officer grabbed us and chucked us in a taxi and told us that we couldn’t stay at that hotel as it was too dangerous, so we had to find another one… Nice guy obviously, but it totally FLIPPED us out for the rest of our time in Panama!!!

Well, we still stayed in the poor part of town but moved to a ricketty colonial hotel overlooking a central plaza which was full of locals just hanging out, but we were so scared shitless that we only went out for short trips and we never went out after dark.

So this time, we were completely blown over when we went back to the old part of town only to find this once-dangerous part of town has now been renovated and is now full of fancy schmancy coffee shops, hotels and apartments. It’s actually a bit sad because as supposedly dangerous as it once was, it was also really vibrant and exciting, but now that they’ve chased out the locals, it’s a bit too safe, dull and lifeless for us.

In anycase this time we are staying in the nicer wealthy part of town and literally just chilling watching movies and sucking on frappachinos as we needed a bit of a break from hardcore backpacking.

Panama is called the Hong Kong of Latin America as it is a major international banking and shipping port and so it’s full of massive skyscrapers, American style shopping malls and fastfood joints. 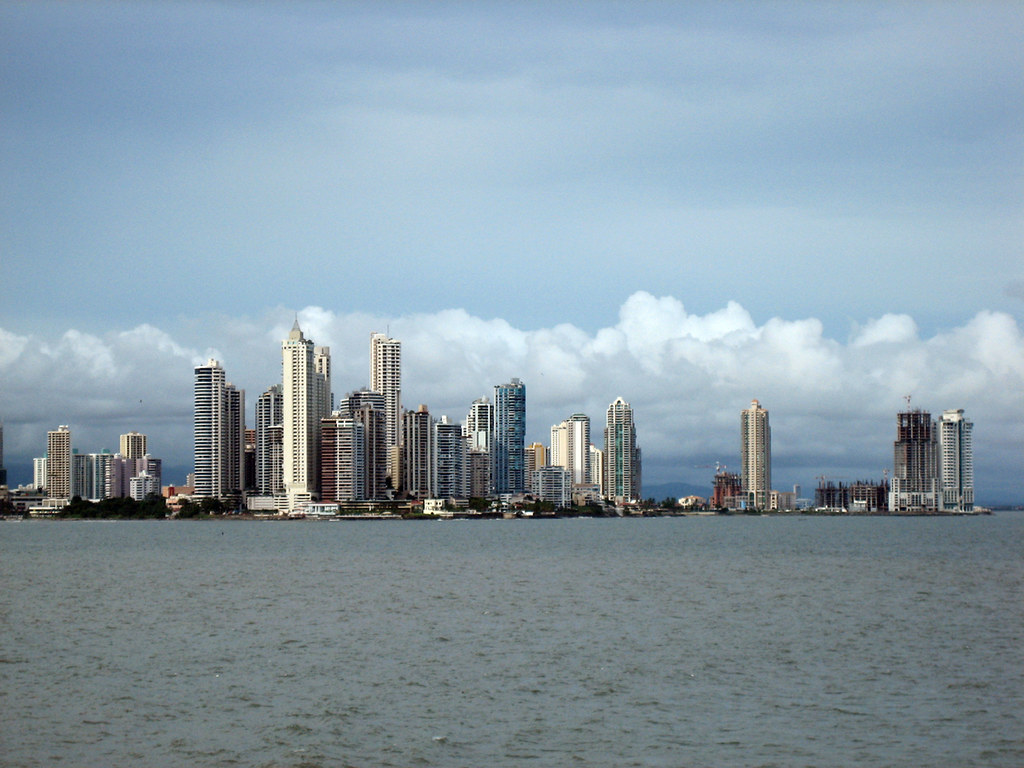 Which is cool since we’ve had to hit the shopping malls since the TOSSER baggage handlers destroyed my backpack by ripping the zipper off it and rendering it useless since I now can’t close it.

Man… I was totally PISSED because when you’re backpacking, your backpack is your house and to have it damaged literally cripples you… especially when there are no backpack shops in Panama at all….

…well OK… actually, it’s nothing like that at all, but I just needed some immature toilet humour to put in this blog…

Anyways, whilst at the shopping malls, I was horrified to find out that Avril… who I have now been with for 11 years… actually has a Hello Kitty fetish that I didn’t know about!!!!!!!! 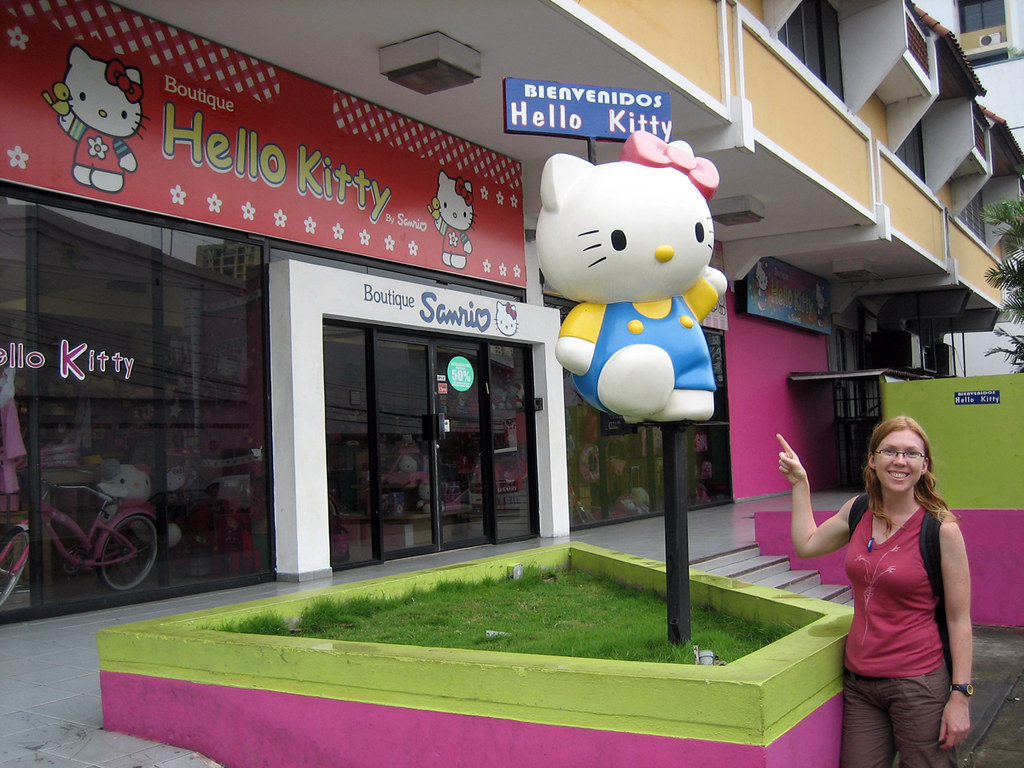 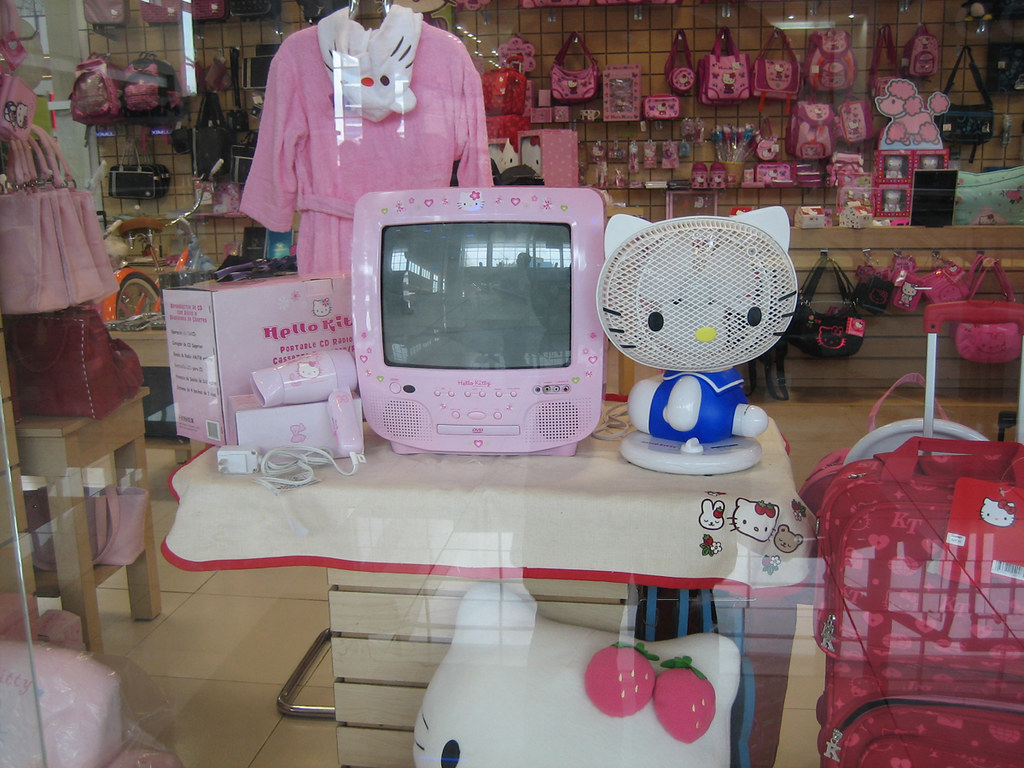 So after 6 days in Panama, all we’ve got are pictures of various Hello Kitty stores and huge amounts of internet time clocked up researching how to start a Hello Kitty franchise in Australia… so much for hardcore backpacking….

Anyways, the weather has been unbearably hot with huge thuderstorms every day, so again, we’ve decided that we’ll be back to Panama next year sometime to do it properly since there are some beautiful Carribean islands here and we want to go to the Pearl Islands where they filmed Survivor All Stars.

We’re off to Cuba tomorrow but our time there has been really shortened, and as long as we don’t get stuck in another hurricane, we’ll be in San Francisco by the 6th of October.

Gotta go, but here is the link for some Hello Kitty… er… I mean Panama pics.

Hope you all have some Hello Kitty orga’sms too…

PS… HOLY SHIT!!!!… just as I finished writing this travellog, 2 girls staying in our hostel just got back from the old dangerous part of town that I was writing about, and were really shaken up as they told us that they heard 3 gunshots and then they got dragged off the street by locals as a guy got shot literally just around the corner from where they were walking… umm… so forget about what I said about the place being safe, dull and lifeless…