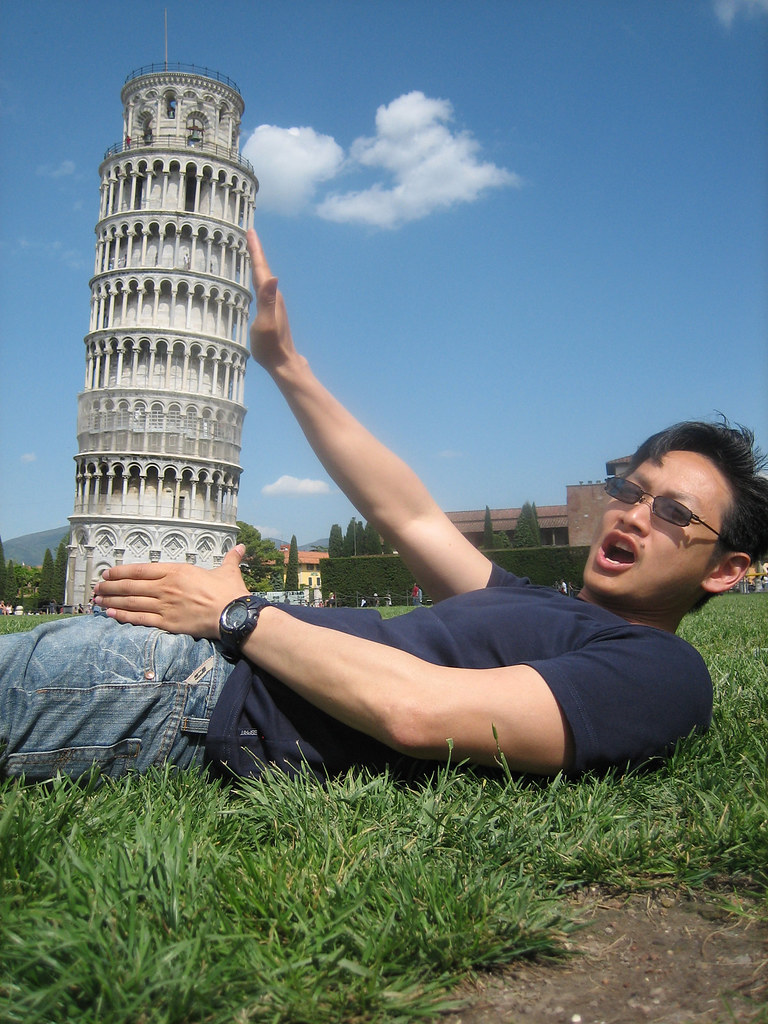 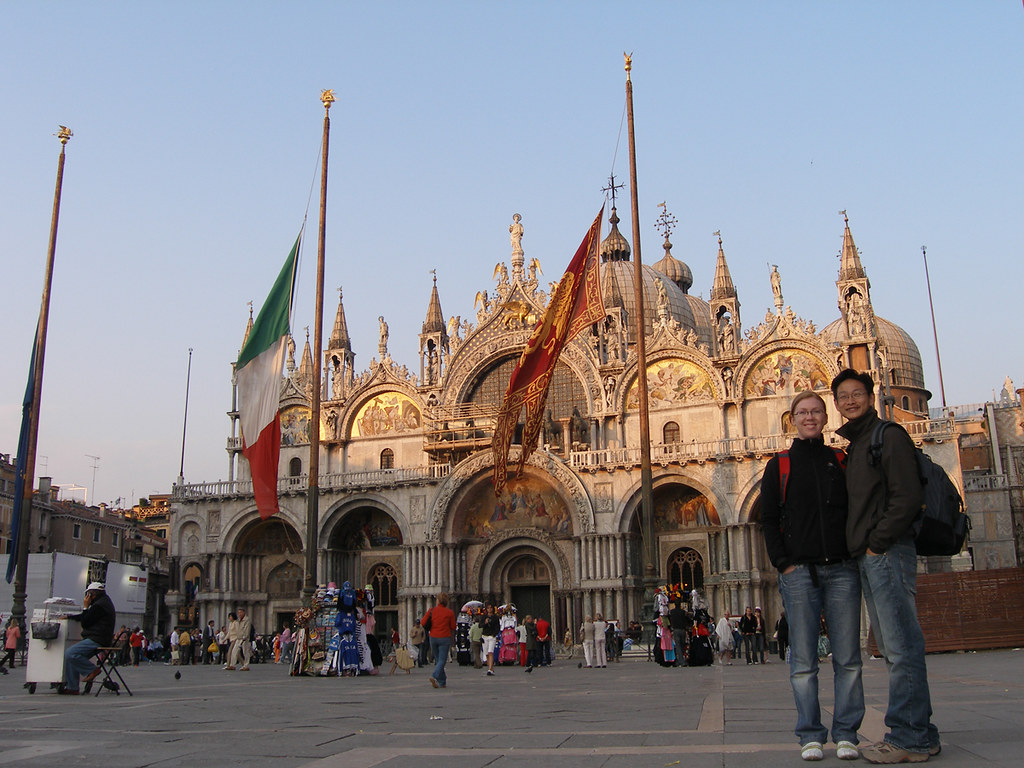 Bon giorno and ciao to all you Romans, Christians and other furry monsters

Well, I’m currently sitting in a laundromat in Venice waiting for my clothes to dry and since this is our last day in Italy I reckon this is a good enough time to update our travel blog.

After our last car debacle in Sicily and the crappy time that we were having due to the weather, we were really keen to see our luck change.

However, stoopid us… when we got to Rome, we completely forgot that it was the May Day weekend and the only accommodation available was at a campsite one hour away… AND it was still bloody well RAINING!!!

Well that really SUCKED!!!!! Especially since the place we were staying was filthy and had windows that couldn’t shut because the wood on the frames was completely rotted which of course meant that the whole room was filled with mosquitoes.

So after a miserable night, we decided to check out immediately and fortunately our luck seemed to be changing a bit since we were REALLY lucky to find a place a lot closer to central Rome.

The weather was still pretty crappy though, so we thought that we’d just spend the day in the Vatican museums, but another Aussie that we met told us that there were at least 20,000 people down there and the queues were the biggest he had ever seen, so he advised us to give it a miss.

MAN… we were pretty pissed with Italy and Rome by this stage, but we thought we may as well check out the crowds as we thought that at least it would be cool to see that many people queueing up.

So anyhows… we moseyed on down to St Peter’s Piazza and no shit… I would say that there were at least 30,000 people all hanging out down there, and just like the other dude said, the queues to St Peter’s Basilica and the Vatican were absolutely GI-normous. 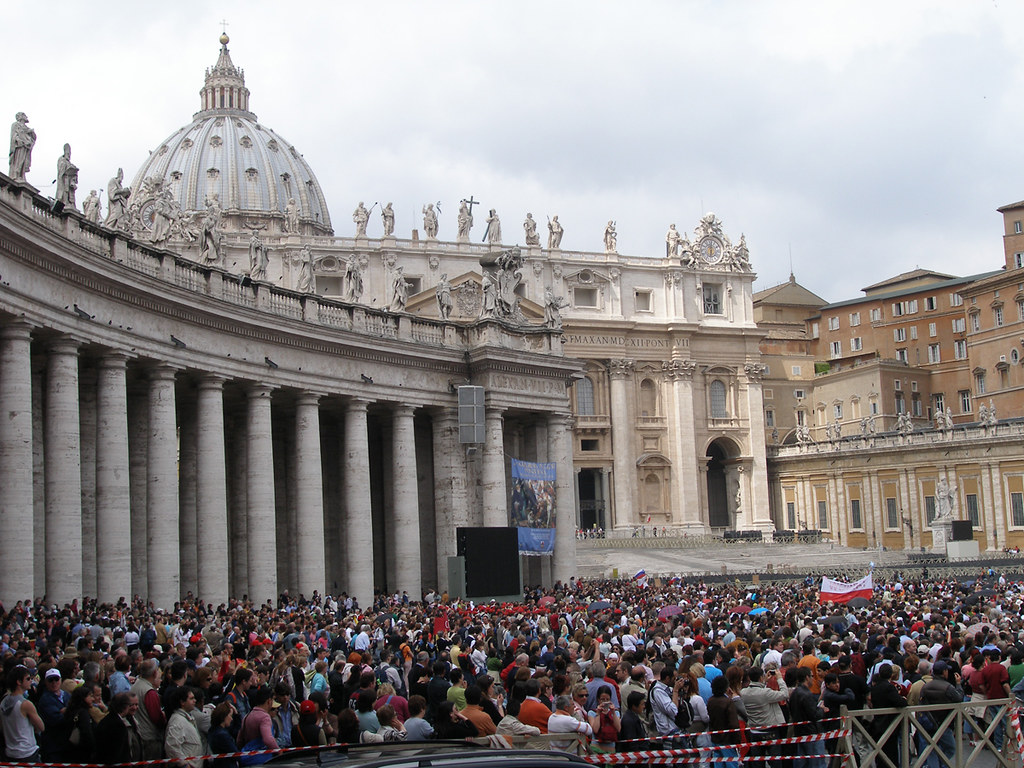 Well, we’d well and truly given up on getting into the Vatican at that stage and we were just bumming around taking photos of the crowd for a few minutes when all of a sudden, the clock struck 12pm and a big red carpet was draped from one of the windows of the Vatican and HOLY CRAPPOLI… just like a hand puppet in a box… the POPE pops up in the window!!!!

MAN… The crowd went WILD!!! I’ve never seen so many Christians going whacko spacko and they had made the biggest mosh pit I had ever seen!!! If ever the Pope wanted to stage dive, I’m sure he would have just floated on all those squishy Christians down there!!!

There were heaps of people waving flags of their countries, and he addressed every one of them to the delight of the respective country… and of course when he said “I can see an Australian flag” we totally joined in and roared with all the other Aussies in the crowd.

Man… He was bigger than Madonna… bigger than U2… possibly even BIGGER than Benny Hill!!! …and by the end of the sermon, in our minds Benedict was definitely THE MAN and John Paul was SO last year…

And from that moment we were BLESSED!!!!

The sun came out, our accommodation problems were solved, there was no more petrol in our diesel engines and we had 4 great days in Rome doing what the Romans do and checking out all the usual sites… And we even scored 1 Euro tickets into the Roman Forum and the Colloseum without even having to queue which was COOL! 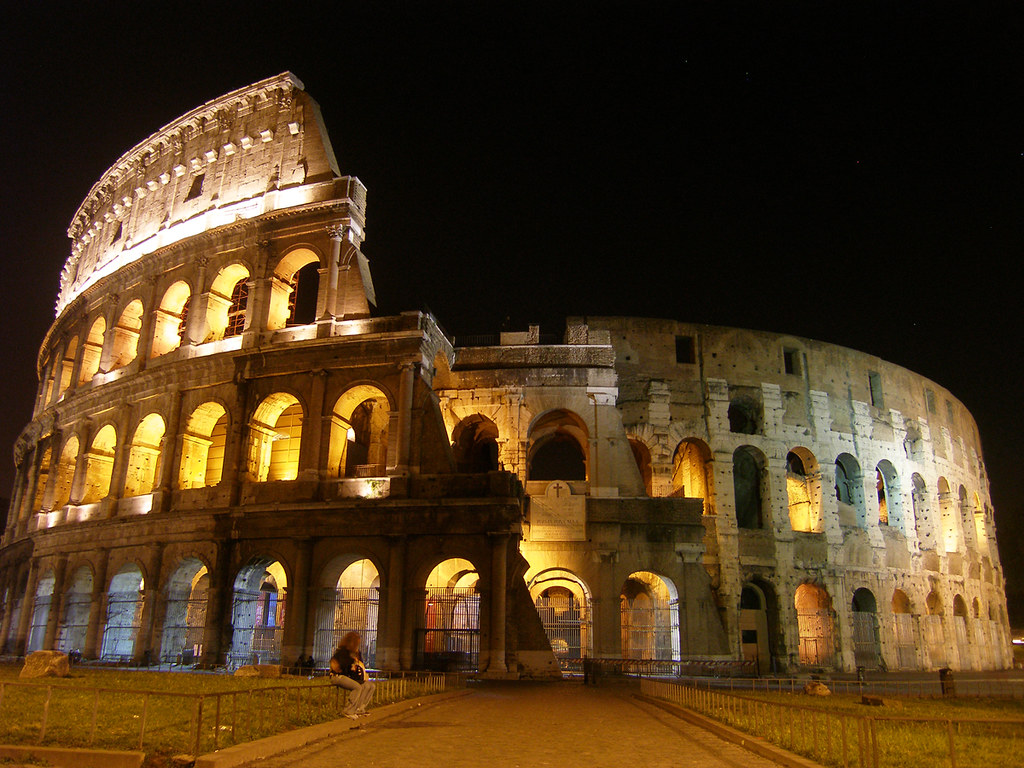 We still had a painful 2 hours in a queue to get into the Vatican and 1 hour to get into St Peter’s Basilica but it was worth it as the wealth of the art and interiors of St Peter’s was absolutely stunning.

However, by the end of a couple of days we’d had enough Roman culture and I was just happy to buy a remote control car to try and recreate every Italian car chase scene that I have seen down the Spanish Steps in central Rome… although, the car broke after the first step which never seems to happen in the movies…

After that, we bummed around Florence and Pisa for a few days, which although it had a wealth of Renaissance art and lots of big muscley statues with small penises we thought it was all a bit overrated. 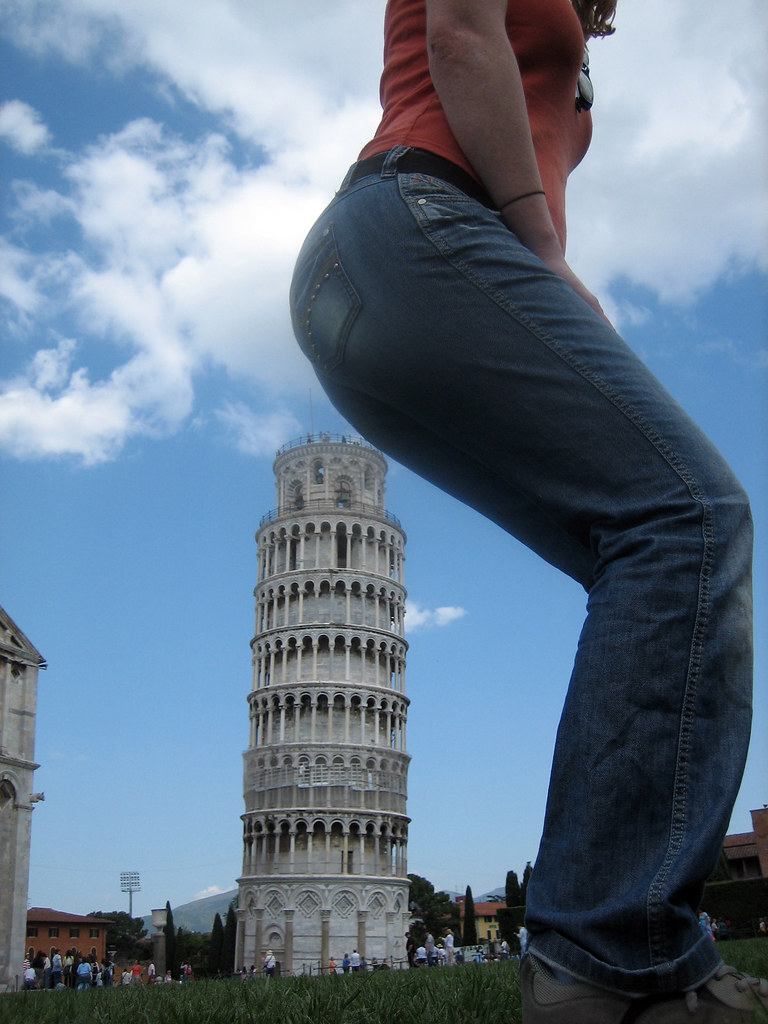 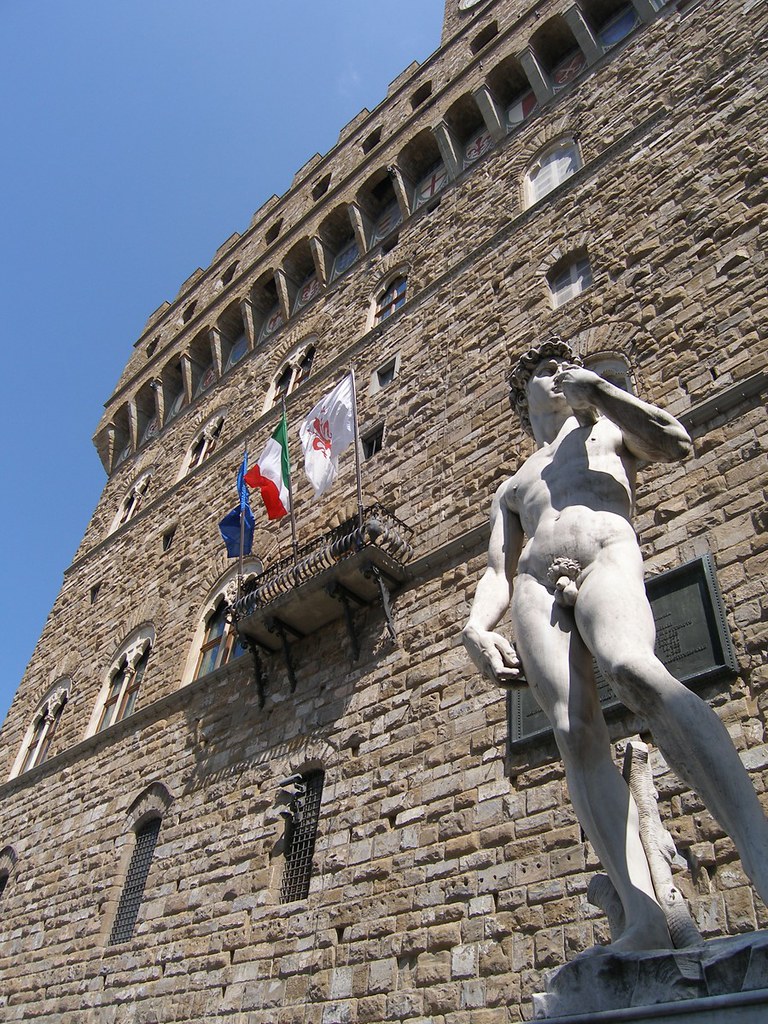 …Although the driving and cycling around the towns around the Tuscany country side was very quaint and beautiful. 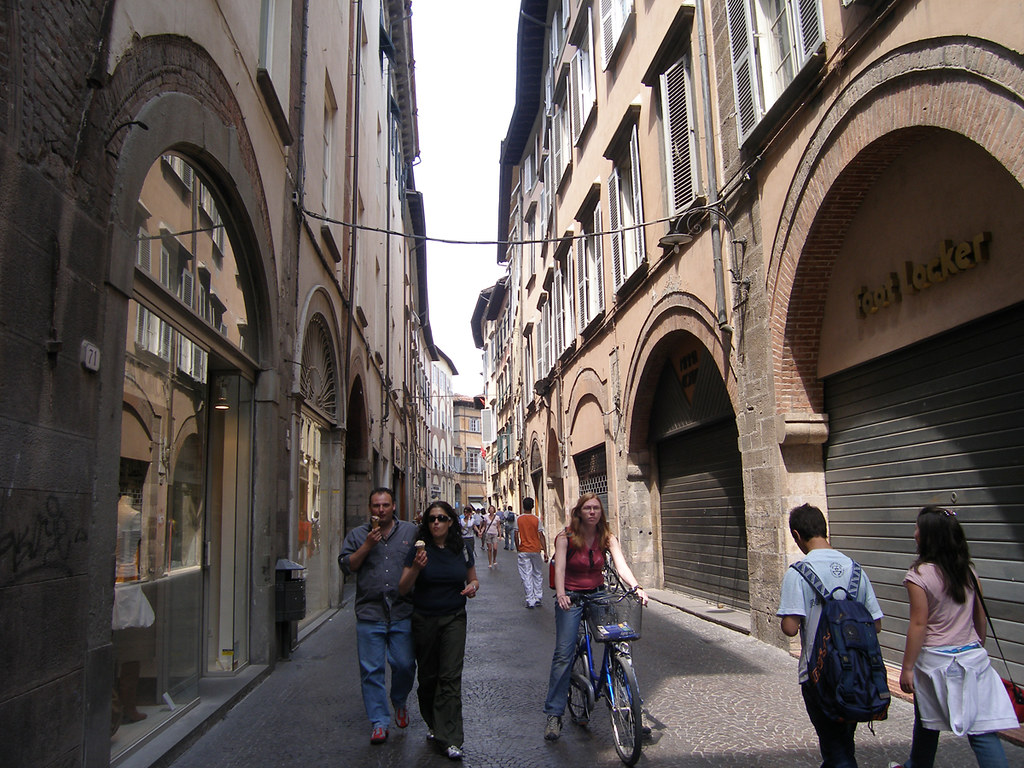 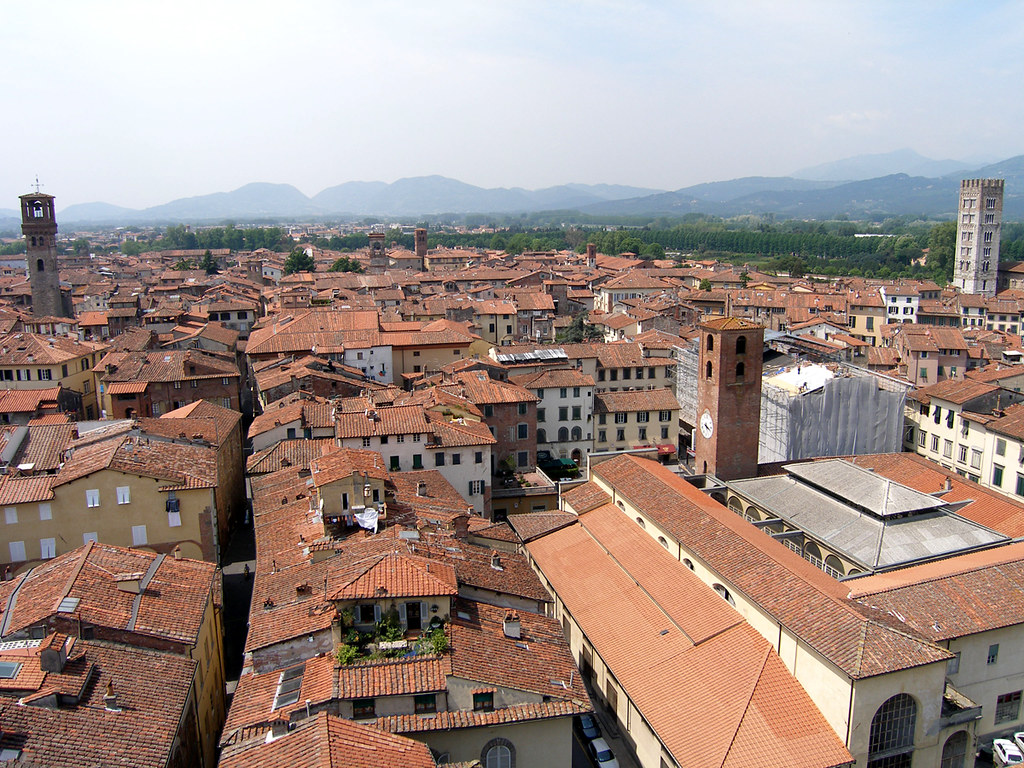 And now we are in Venice which ROCKS!!! 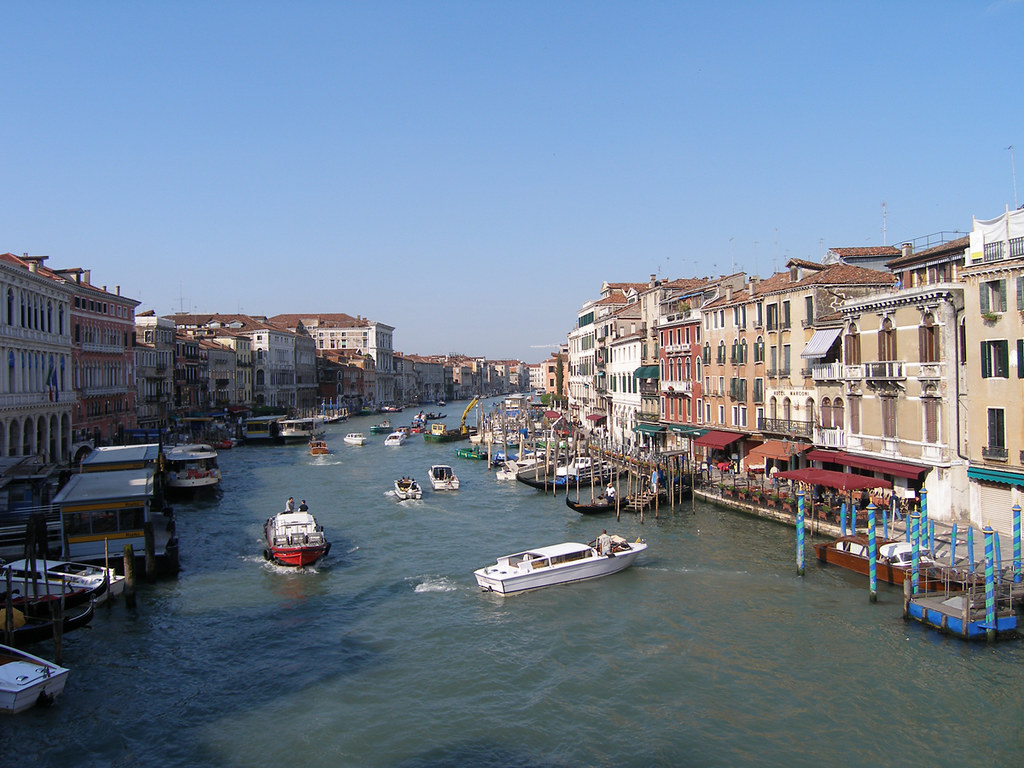 Actually, Venice has actually surprised us as we thought we’d hate it as being too touristy, but it really is a magnificently unique city and we’ve just pigged out on some amazing food and gelati here. 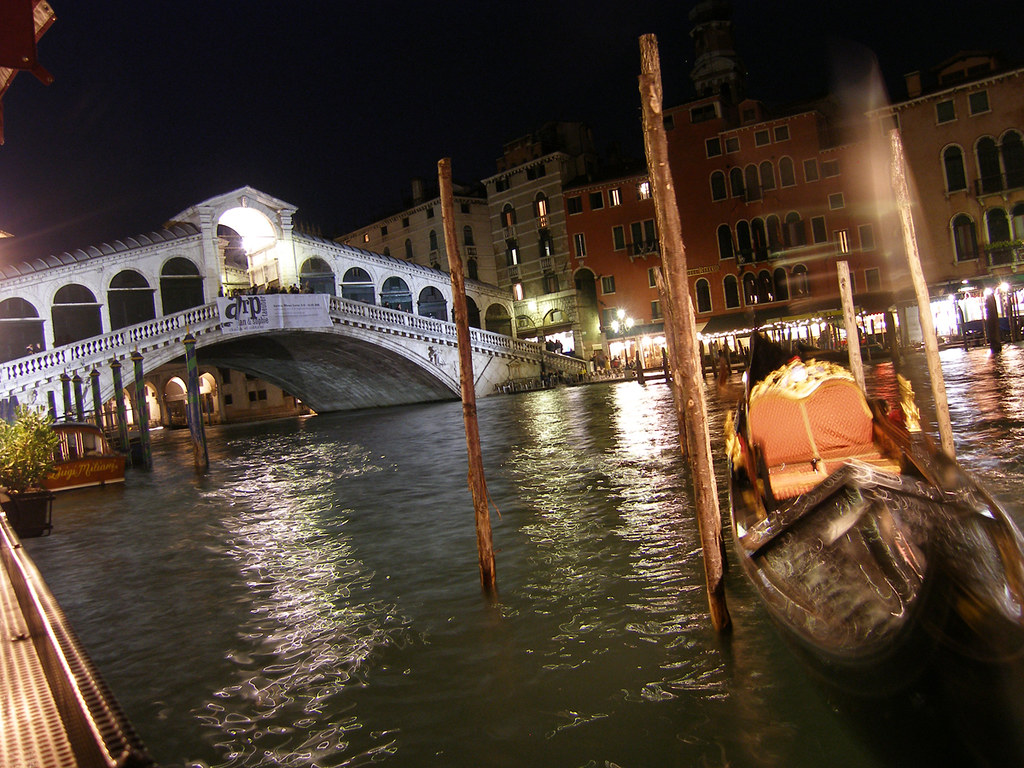 However, all up I’d say that Italy HASN’T been one of our favourite destinations which is weird since we LOVED the culture, the art, the fashion, the shoe shops, the food, the perve factor (which especially got better the further north you go for both boys and girls) and also the AMAZINGLY good coffee…

However, fighting the huge amount of tourist crowds and the constant planning ahead and not being able to do spontaneous travel really sapped the enjoyment of travelling there… In fact we found travelling in Italy to be more of a stress than a holiday… and really all the museums, classic art and ruins actually get a bit boring after a while.

So anyhows, tomorrow we are saying good bye to our mate Greco and we are off on a whole new adventure… In fact, tomorrow we’ll be having breakfast in Venice, lunch in London and dinner in Reykjavik, Iceland… and all for under 100 euros in flight costs… Man… budget flights and living in Europes ROCKS!!!!!!!!!!!!!!!

Gotta go as our washing is almost done.

Here is the link to our Italy Photos of Rome, Florence and Venice and another link to our Vatican City Photos which we are counting as our 36th country since it took so long to get in there. Beware there are a lot of art w’anky shots this time.

PS Travel Tips: If you are planning a trip to Rome, here are some tips that we wished we had before we went.
If you are going to the Vatican, make sure you line up in the queue that is down the hill from the entrance and not up the hill, as that is the entrance for tour groups and you’ll just have to go back down the hill and line up again. Also we lined up at 7.30am and ended up around 2 corners (about 2 city blocks) from the entrance, and it took us 1 hour to get in from there. Touts will try and sell you expensive tickets to get in without queuing, but if you are patient, the lines move pretty quickly once the doors open, and you really shouldn’t waste your money on the touts. Also getting into St Peter’s Basilica is slow as well, but if you go up into the dome, you end up in the main basilica at the end anyway. Bring a sun umbrella if you are going to queue as there is no shade at the Vatican or St Peters. Lastly, to get into the colloseum, the ticket line is huge, and you can get a ticket faster at the entrance to the Palantine and it is valid for both the colloseum and the Palatine. Once you have your ticket to the colloseum, you can then bypass the huge queues and go straight to the entrance.