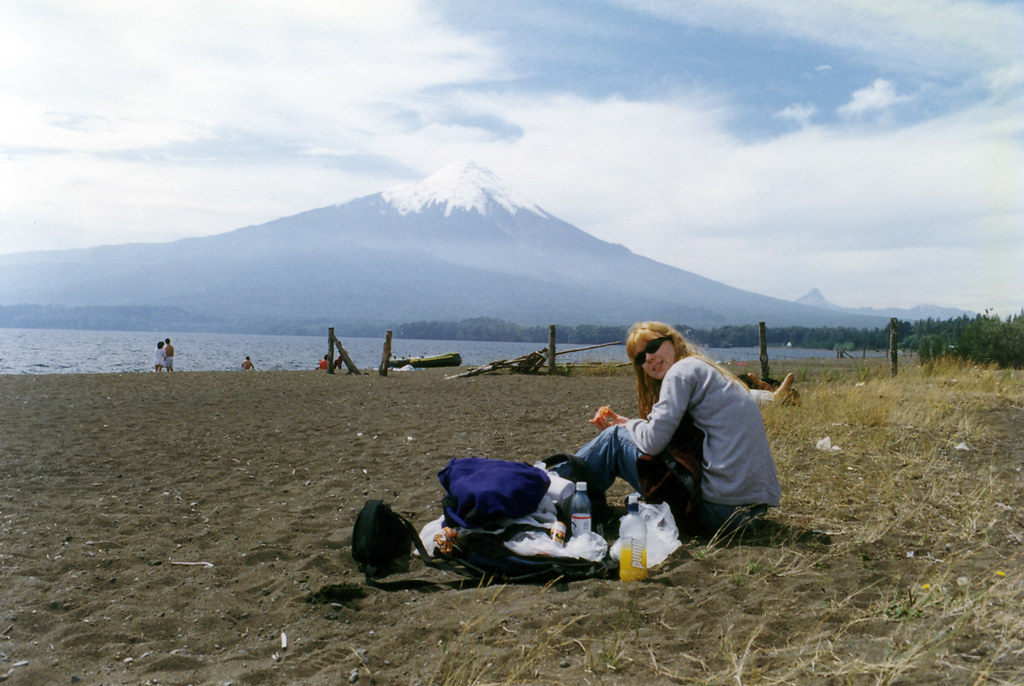 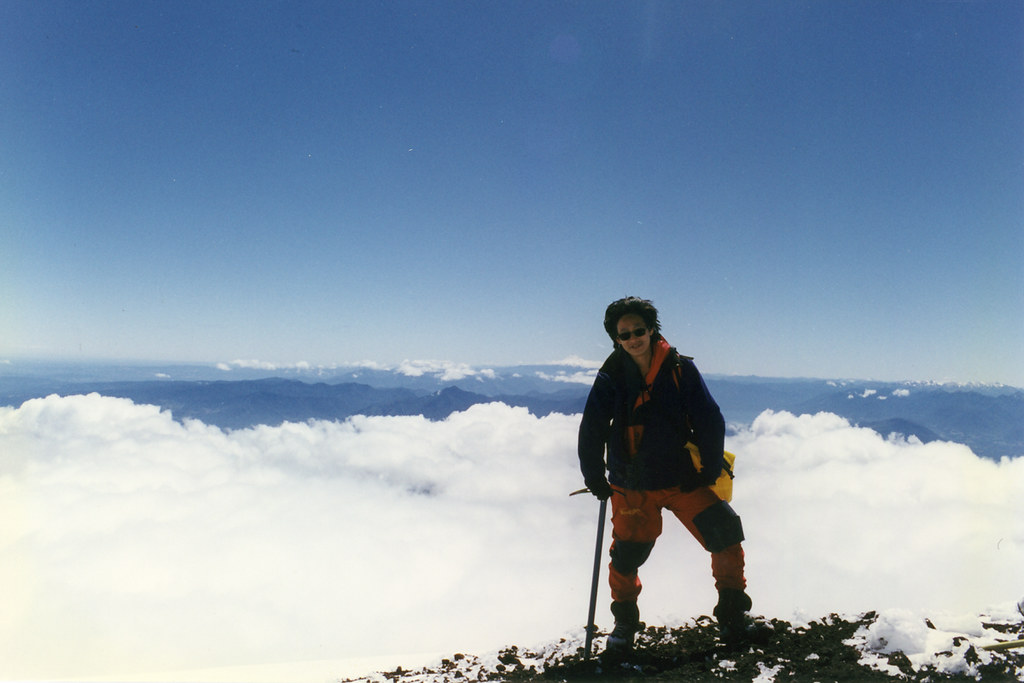 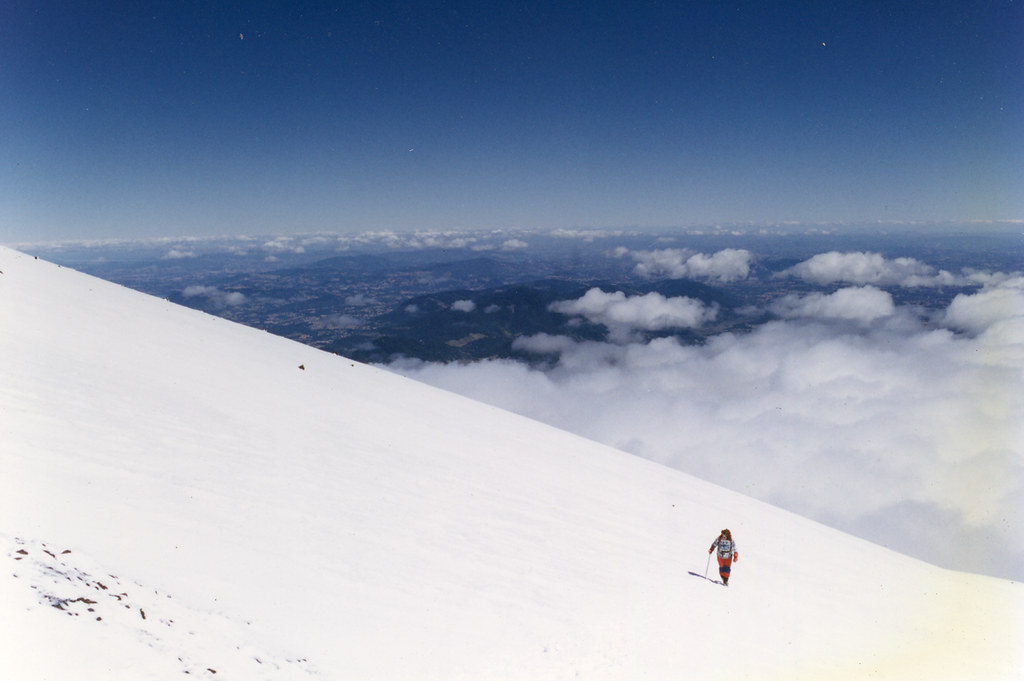 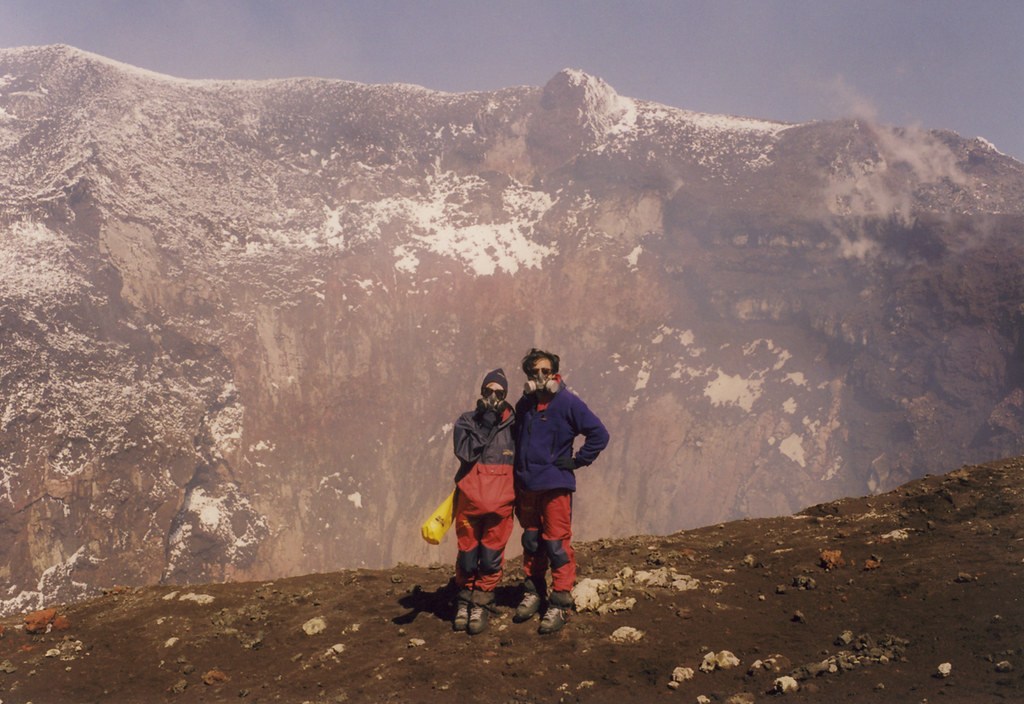 Well here we are back in Santiago and boy are we enjoying the smog. Since we last wrote we have had a pretty interesting few weeks. We arrived in Puerto Montt which is in the lake district of Chile which is a fantastic area filled with numerous beautiful lakes, thermal springs, glacial fjords and active volcanoes… all at the base of the Andes.

There’s heaps of fantastic trekking and climbing around here and we bummed around for a few days and soaked up some of the best seafood ever and salmon fresh from the rivers.

Initially Avril wanted to do a trek to a geyser field but the weather soon changed that idea. Which was OK since we were still nursing injuries from walking thru Torres del Paine.

So instead we visited Agua Calientes which if you remember your Sesame Street spanish means hot water.

Basically Agua Calientes is a thermally heated pool situated high in the Andean mountains, so we sat inside a beautifully hot chateau pool whilst watching volcanically heated steam rise off the lush forest on the mountains outside… is anyone jealous yet?

The weather was pretty crappy for about a week here, but that was cool because we had such good weather for trekking in the Torres…

However, a few days after we left Torres del Paine, it rained and snowed so hard that 70 backpackers had to be airlifted out of the park… Man we were sooo lucky…. El Nino strikes again.

Well, we also did a tour to the largest lake in Chile but it was uneventful because they’ve got bush fires around here right now so you can’t see a thing.

However, on this lake tour they tried to take us to see a huge condor in a small cage, so Avril and I and one other Chilean made our animal rights stand and refused to get off the bus….

We were soon pleasantly rewarded by watching a girl outside on a pushbike have a head-on collision with a car (we think she owned the condor so she probably deserved it )… pretty gory stuff but probably no more than a le forte fracture for all you medicos… no, just kidding… she walked away OK.

After that, we went to Pucon which is THE adventure sports town of Chile… For all you travellers following us, we thoroughly recommend a trip there. It was awesome!!!

The coolest thing though was that we managed to climb Volcano Villarica which was a small non technical ascent (under 3000 m ).

Initially the weather was so bad we had to abort but the next day was the most fantastic blue skies ever. The volcano is still active so we had gas masks at the top which was pretty fortunate because I almost had an asthma attack from all the sulphur. 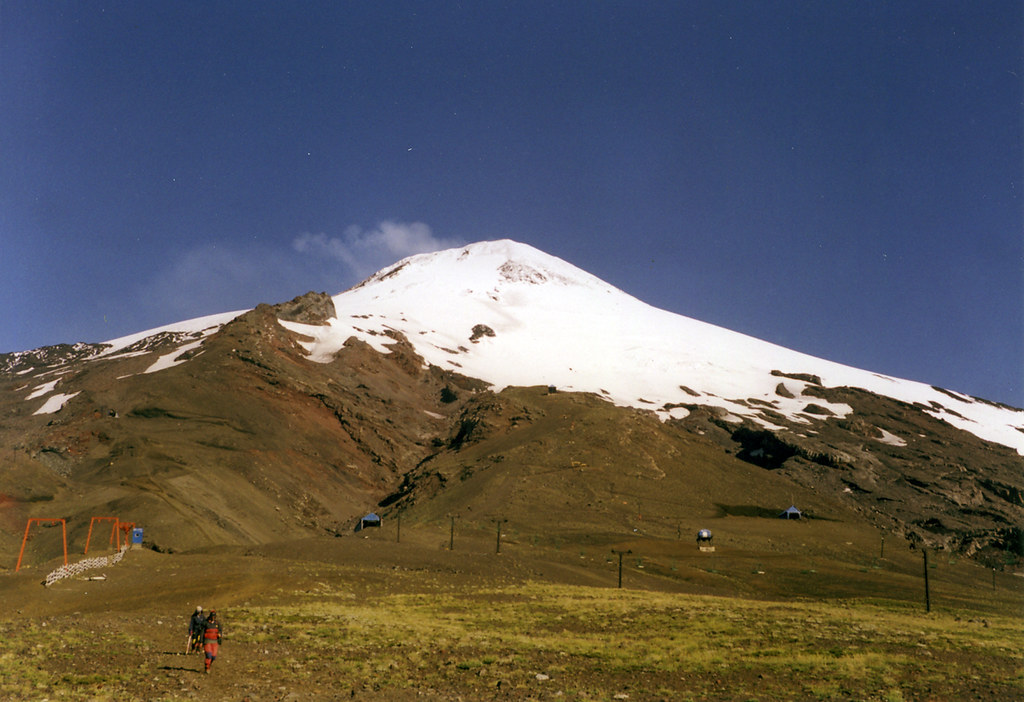 We definitely found out that we’re not as fit as we think and the altitude really knocked us around. 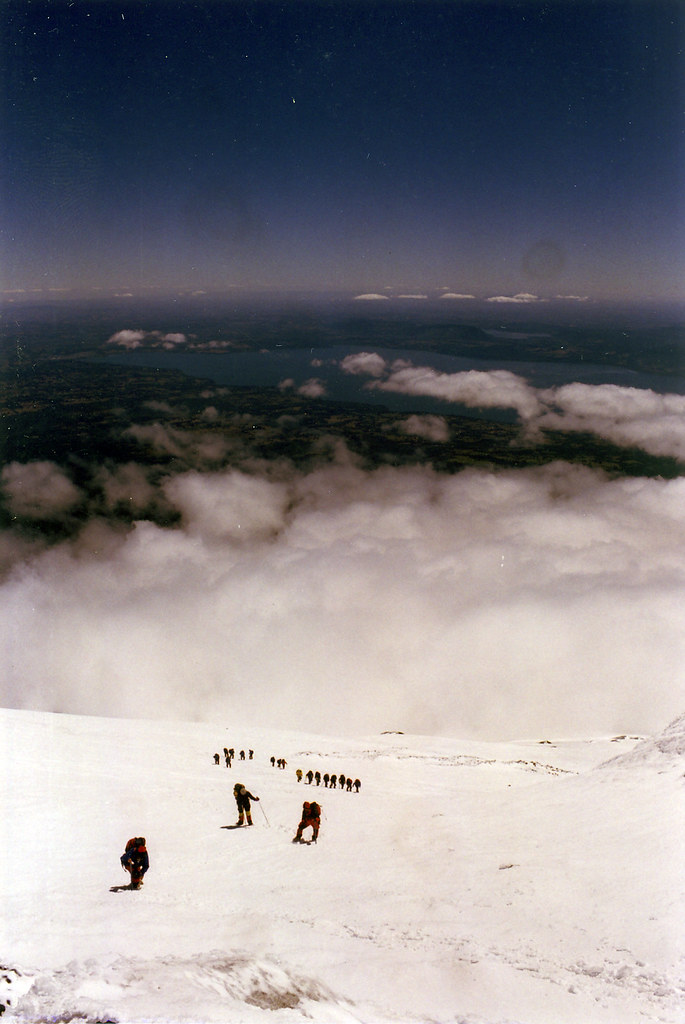 Unfortunately, we didn’t get to see lava in the crater, but we had a fat time sliding 1.5 km back down the snow.

Again for all you followers… we went with Trancura tours… good equipment and guides… try and bargain the price though… about $40 US.

We were all thrown out and Avril got washed away but was luckily saved by a passing kayak. It was definitely not pleasant as it was fucking cold glacial water… I still don’t think my testicles have descended yet… another tip for you travellers …make sure the company gives you wet suits… we paid less and suffered. 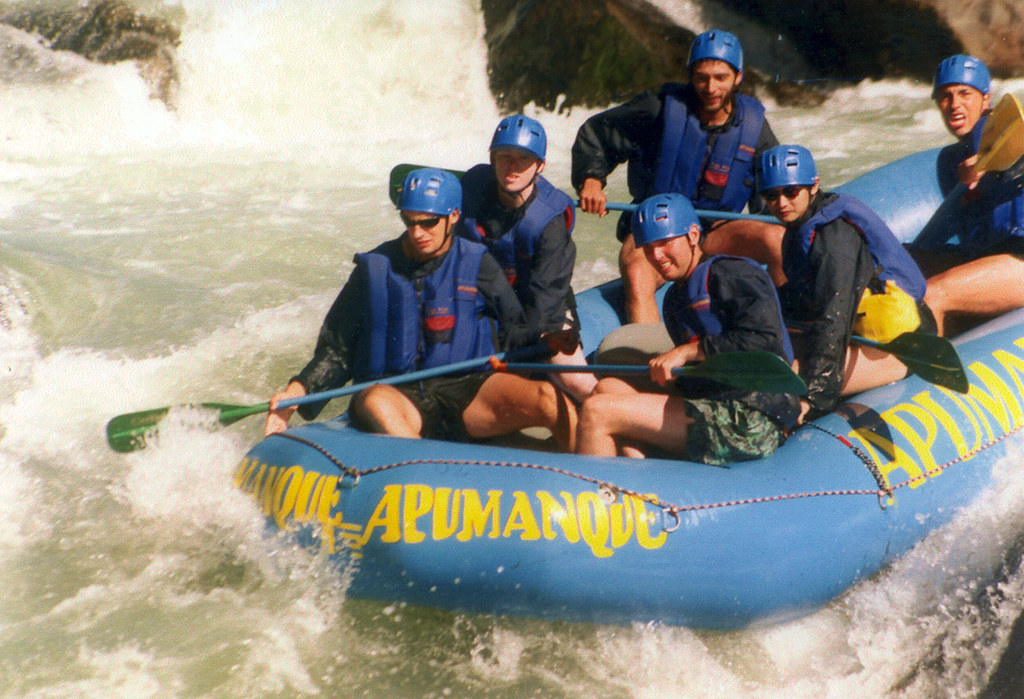 I don’t know if it’s in the news at home but basically the last few days you have to dodge tear gas and tanks and Molotov cocktails to go shopping… something to do with ex-president Pinochet escaping prosecution for human rights violation. Excellent fun!!!

Anyway, soon we head north to Bolivia after going to see some 7000 year old mummies in the north Chile desert… It’s all a bit scary because Chile and Argentina are basically first world countries and very safe and friendly whereas Bolivia is really poor and a little bit scary sounding

However, we thoroughly recommended Chile and Argentina to any of you couch potatoes at home, and especially Chile, which is a magnificent country with very similar landscape to New Zealand with fjords, glaciers and mountains.

Keep up those emails to us so we feel warm and fuzzy…oh and someone keep us informed on movies and bands and things.

Us popular culture freaks are suffering here… We’ve decided that South America is responsible for propagating crap 80s music and we’ve heard more A-ha and Rick Astley than in the 80’s. So now we’ve reverted to humming old Cure and They Might Be Giant songs cause we can’t remember the words!!!!!!!!!!!