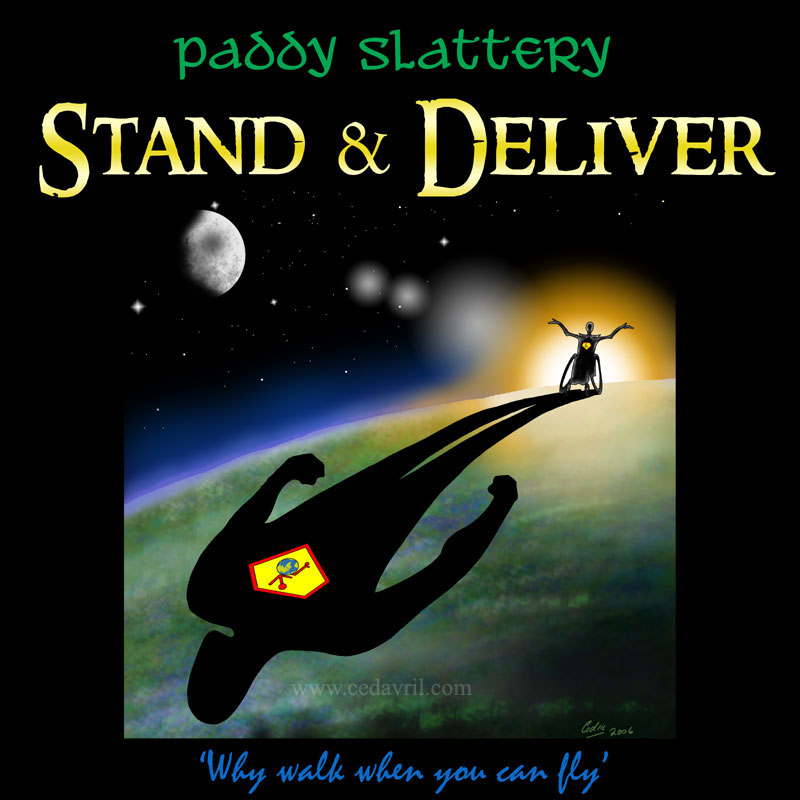 Hey there friends, family and other furry animals

Well, after our last blog about the guy that slit his throat, we got so many emails full of nice words and pats on the back that we were quite overwhelmed by it all, so I thought I’d better start this blog off by firstly thanking all you dudes and dudettes for the nice words and support…

…And also to set things straight since I really don’t deserve them because I really didn’t do anything special that night, as the dude had mostly stopped bleeding on his own, so my resuscitation effort was actually quite minimal!

I actually didn’t mean for the last blog to be a “poor me” story, so I am a bit embarrassed by that… I actually wasn’t that traumatised by it at all.

However, as you can tell, I was pretty pissed off at the inefficiency of the emergency response team afterwards, and I think most of it was due to me converting my adrenalin induced stress response into anger… which was TOTALLY not very Jedi-like of me to give into my anger like that… I totally could have turned to the dark side…

In anycase, just to balance things out since the last blog was so negative, I thought I’d do a more positive blog on one of the COOLEST experiences of my career.

When we left home in 2005, Avril set up our website www.cedavril.com mainly so that we could share our travels and photos with family and friends.

But over the last year and a half, we have noticed that the number of people who come to our site every month has been increasing and we now get about 700 hits every month from all over the world including cool places like Armenia, Georgia, Iran, and Peru!

Some of these people are obviously following our adventures, but a lot of these people are complete strangers who find us through Google, which I guess is kind of flattering since it means that we have developed some internet credibility with our travel blogs and photos…

…but it’s also VERY scary since in our web traffic statistics program “Awstats”, you can see what people are searching for, and people have found us by searching for weird shit like “big women in deep mud”, “prolapsed monster”, “fingers down throat to vomit”, and repeatedly “avril’s boobies” (which I guess is guys looking for Avril Lavigne’s boobies)…

But despite all the weird shit, our COOLEST contact came in January of this year…

When I was working in Trim in Ireland earlier this year, we got a contact through our website from a dude called Paddy Slattery who was looking at making a travel documentary and was living close to where we were working, and he wanted to meet with us to see if we were interested in helping him!

At first we were a bit cautious with meeting someone through the internet, as there are definitely some psycho-chickens out there, but curiosity got the better of us and we decided to meet up…

Well, what we found out was that Paddy was in his late 20’s and had survived a car accident about 10 years ago, but it had left him quadriplegic, which means that he had been paralysed from the neck down…

But instead of falling into despair like a lot of people would, Paddy actually found a new zest for life, and he then started a new career as a singer songwriter musician and was planning on releasing an album…

Not only that, but THEN he was going to try to get a Guinness Book World Record by travelling to, and selling a copy of his album in EVERY country in the world whilst making a documentary about the whole thing which would also highlight the physical and emotional trials of a person with a spinal cord injury travelling all over the world!!! 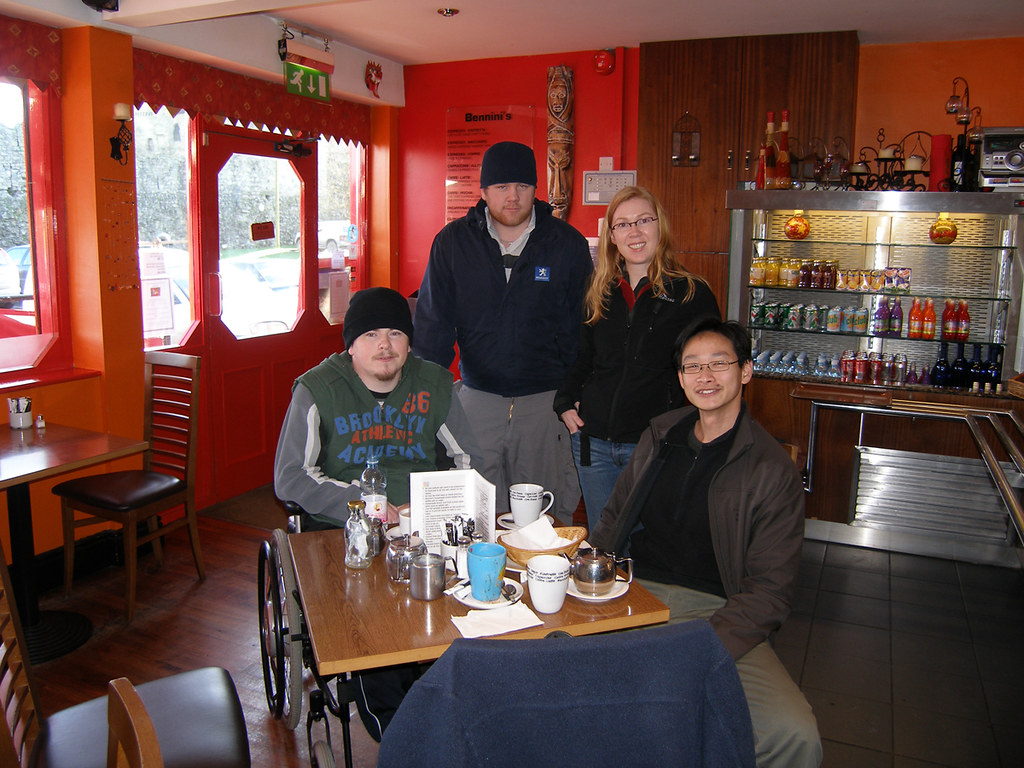 Well, back then when we met, he was still recording the album and was in a pre-planning stage for the documentary, and he was still looking at getting sponsorship…

…But he had contacted us because he had come across our site, and he was impressed with our travel experiences and our travel writing, and he wanted us to join his team for the documentary planning, and ALSO possibly for travelling with him as on-the-ground support for when he decides to do it… And this was even before he knew that I was a doctor!

HOLY SHIT MAN… we were totally blown away about being approached for something like that, since you all know that we really LOVE to travel and here was a chance to use all of our travel experience for good instead of evil!!!

Well, we had a great chat and we actually impressed ourselves with how much we knew about travel planning in general. But since the project was still very much in the feasibility planning stage, we didn’t want to over commit to him since we have a lot of our own travelling to do, so we agreed to talk again if, or when the documentary plans became a bit more concrete.

However, when he found out that I did the cartooning on our website, he asked me to also design his album cover for him, which completely BLEW ME AWAY since one of his producers is actually Graham Bolger who is also producing Sinead O’Connor’s next album and I could think of nothing COOLER than ME having designed the cover of an album produced by Sinead O’Connor’s producer!!!

Well, this all happened earlier in the year, and I finished the album cover to his album “Stand & Deliver” in April just before our big 4 month Europe trip… and the album launched in June to an amazing reception and apparently there were a lot of compliments on the artwork, so now, I can DEFINITELY say that my first ever published commercial artwork is on the cover of an album produced by Sinead O’Connor’s producer!!! Yay! …I ROCK!!! …in a modest way of course…

Now I know for all you graphic fartists friends out there, that having published artwork probably isn’t too much of a big deal, but as a doctor, I now count it as being WAY COOLER than any of my medical achievements, so I am COMPLETELY CHUFFED!!!

…Especially since it means that I am one step closer to my lifetime dream of drawing a comic book and then getting sucked into the pages like in the video clip for “Take On Me” by A-Ha.

In anycase, I have just finished designing the cover for “Breakdown”, the first single from the album, which has just been released here in Ireland, so I have put a link to Paddy’s site at the end of this blog along with a link to the artwork that I developed for the album, which I am pretty proud of since I reckon that some of the images are powerful symbols for people in wheelchairs.

Not only that, but it has been a complete buzz working with Paddy since he is actually an incredibly inspiring visionary artist with an amazing amount of optimism and creative energy despite his physical disabilities.

In fact, if you do have a look at his site, it is worthwhile to go to the link to have a read of his biography.

He actually writes quite an uplifting account of how he dealt with his injury and about how his life is now actually paradoxically better since his accident… Especially since he feels like his life really probably BEGAN when he became quadraplegic, since there are now so many more opportunities that have opened up to him.

I always get a bit gooshy when I meet people like Paddy since I really believe that we are only on this planet once, and you need to live every day like it is your last since you never know what shit is going to come your way.

So meeting someone like Paddy has been great to remind us that you really shouldn’t need to have a life threatening accident to live your life to the fullest with no limits. Thanks Paddy… You ROCK!!! 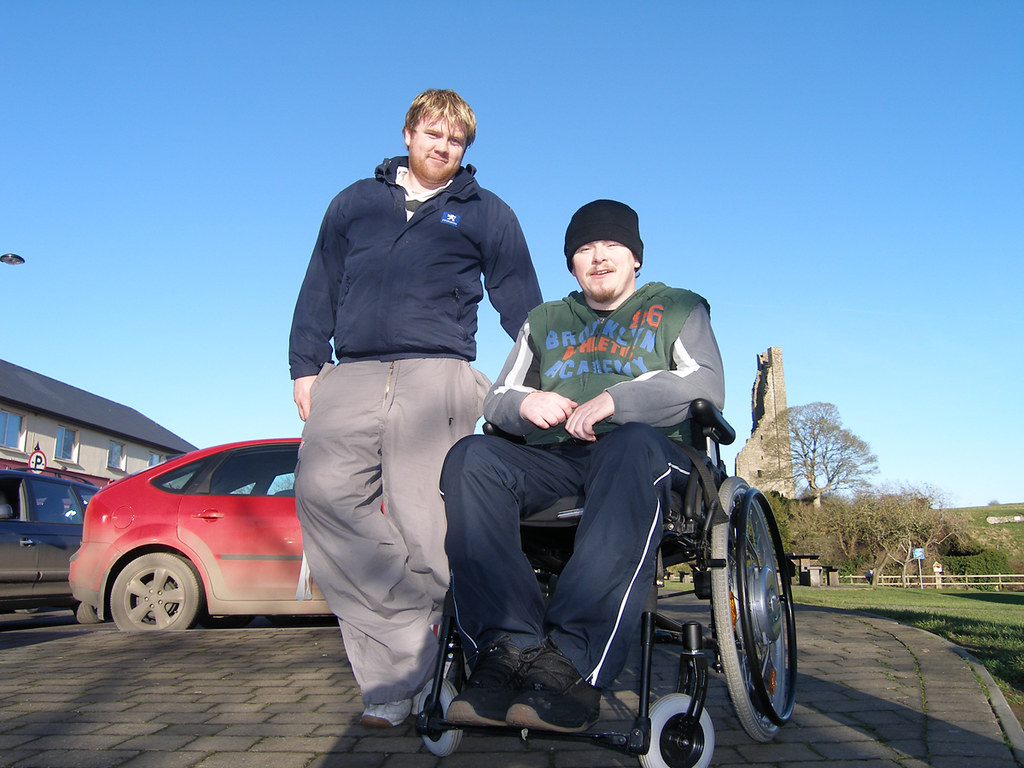 Anyhows, enough gooshiness from me. We’ll be here in Ireland for another 3 weeks if anyone wants to visit, but then it will be off to Portugal, Spain and New York for a few weeks. Yay!

PS. The link to Paddy’s music site is www.paddyslattery.com
And the link to my artwork for the album is here

PPS. We are currently planning to go to the Festival au Desert, which is considered to be the most remote music festival in the world and is about 4 hours outside of Timbuktu in the middle of the Sahara in Mali in West Africa. It takes several days to get there through the Sahara and only about 800 westerners make it there every year. Robert Plant and Damon Albarn have performed there, and famous Malian artists include Ali Farka Toure. It is on from the 11th-14th of January and if anyone is keen to join us here are some links to wet your appetites. Just let us know.
http://www.festival-au-desert.org/index.cfm?w=296
http://news.bbc.co.uk/1/hi/in_depth/photo_gallery/3438511.stm
http://www.rockpaperscissors.biz/index.cfm/fuseaction/current.press_release/project_id/108.cfm