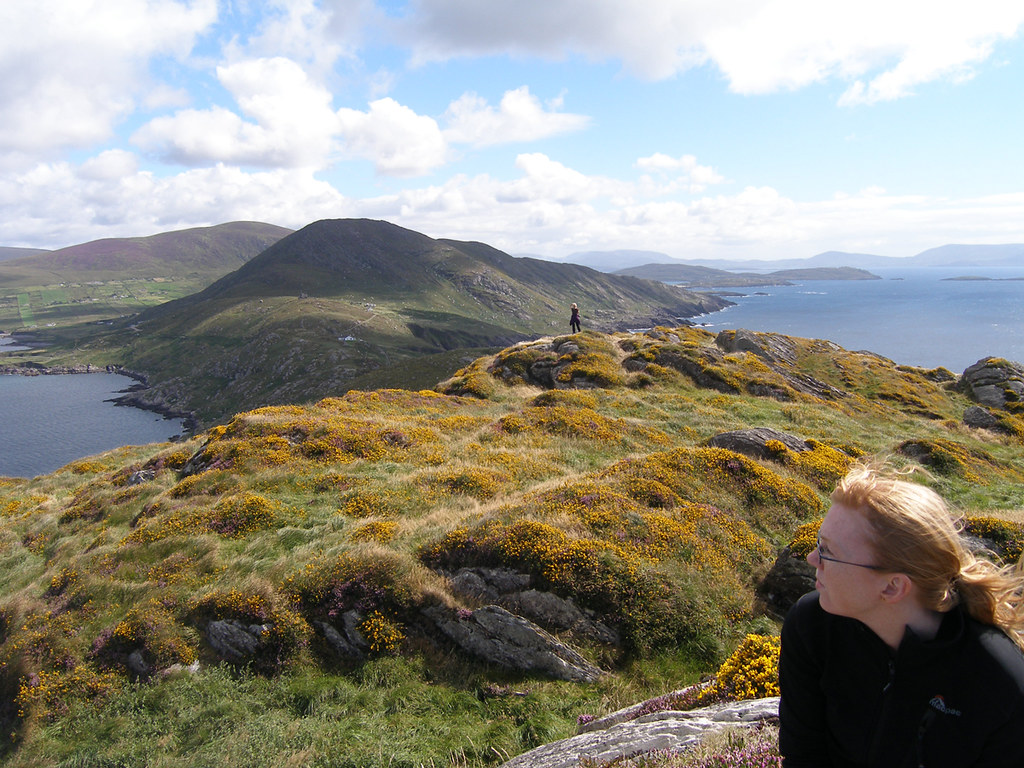 Well, we are still in Ireland on the Ring Of Kerry but we are coming up to the end of my 10 week term working here and tomorrow we will be heading out to Portugal, so we thought we’d better catch up on another travel blog before we leave.

But first of all, here is another gory medical story just to make this blog read a bit more interesting…

Firstly and thankfully there have been no more FREAKY medical cases like the guy who slit his throat, but I did get this one call a few weeks back which was pretty weird and went something like this:

Ced: Hello
Call Centre: Hi, we have an urgent call for you to go to a remote beach 45 minutes out of town since the Garda (Irish Police) have just found a body.

Ced: …um… What??? Excuse me…? I’m sorry, could you say that again???
Call Centre: The Garda have just found a body on the beach and they need you to go out and certify the body as deceased.

Ced: …um… is the body dead?
Call Centre: Yes… apparently it is a dead body.

Ced: …um… well… if the body is dead, then what’s the urgency?
Call Centre: …um… well apparently the tide is coming in and they need you out there to certify the body dead before the tide comes in and washes it away…

HOLY COW… Now, this is the SECOND time I have had to certify a dead body that has been fished out of the water around here, so I should have been more switched on…

But it was really one of those moments when it wasn’t until AFTER I hung up that I thought of all the things I SHOULD HAVE said like “…geez… You know I’m not a forensic pathologist so all I’m going to do is tell you that the body is dead, so if the tide is coming in, then why don’t you move the friggin body??!!”

…mainly since I REALLY didn’t want to go out into the water since I had visions of wading barefoot into the water surrounded by dead body juices just to check this dude out which TOTALLY AND UTTERLY ICKED ME OUT!!! …eeewwwwwwww…

Anyway, thankfully when I got there, the tide hadn’t come in and it was some poor guy in his twenties who had gotten drunk and smashed his head on the rocks the day before so there was no decomposition… but it was actually really tragic since he had been living in Ireland for 2 years and was literally due to go home the very next day… Terrible…

But, anyhows despite all the medical dramas, it’s actually been really cool coming back to the Ring Of Kerry again after travelling for so long because, not only was it great to come back to somewhere familiar and catch up with familiar faces, but also because the last time we were here for 7 weeks, and it rained almost the whole time so we really didn’t get to do much which SUCKED big time!

However, this time, we had our friend Brad Jones visit, and we also had Avril’s mum who came over and joined us for 3 weeks at the start of our time here, which was great since it forced us to get out and about, and do a bit of exploring and walking while the weather was still good… And it was great to see Ireland through new eyes since we’d become a bit blase about the beautiful scenery out here.

And for the first time, we really got a feel for why Ireland is called the Emerald Isle, since everything was lush and green, which was in contrast to when we were last here when everything was winter browns and rugged looking. 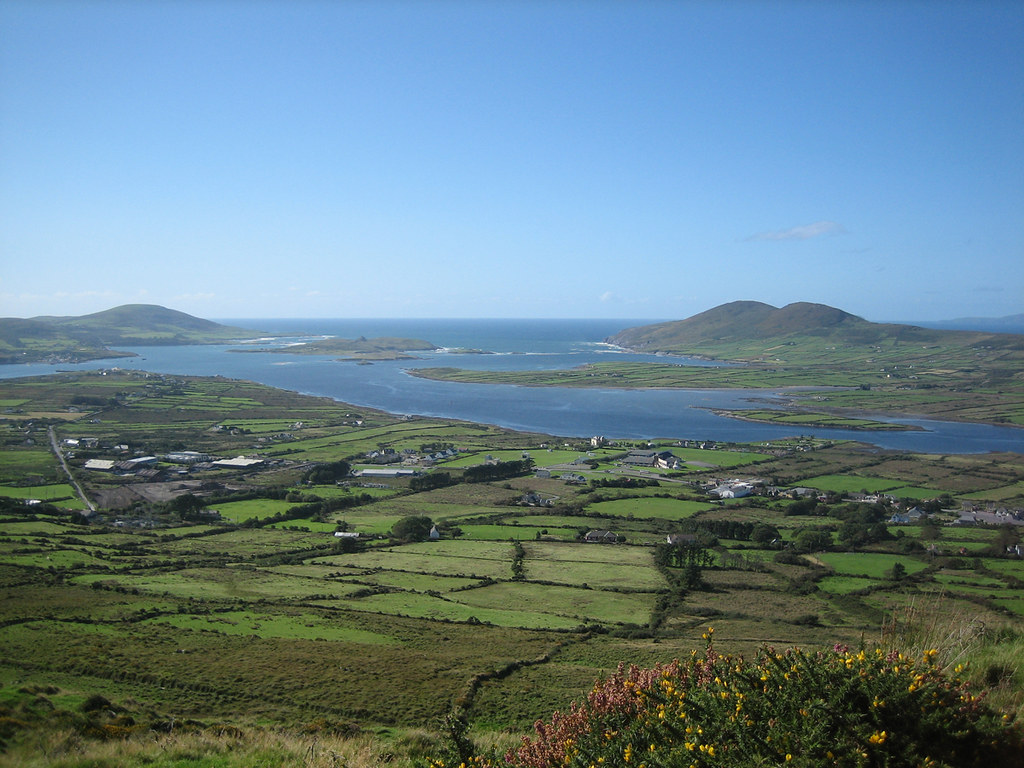 In fact, the only sad thing was that all the little lambkins that were frollocking in the gorgeous green fields when we left, have now grown up or ended up in the bellies of the hordes of American tourists that have come through the area devouring every bit of Irish stew and seafood chowder in the land! 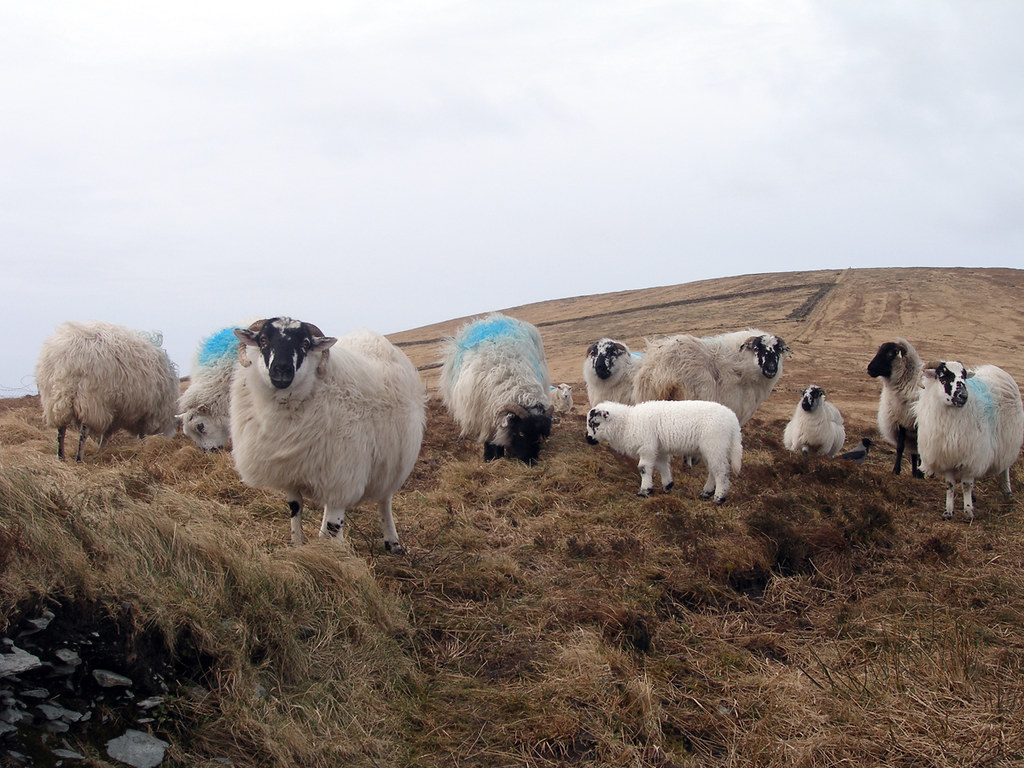 But anyways, we have still managed to get out and summit Beentee and Knock An Tobar which are the 2 small mountains overlooking our town which have breath taking views of our bay… And we also cycled around the picturesque lakes of Killarney, which really did remind us how lucky we were to have had the opportunity to live and work here and also in West Cork, which are undoubtedly the two MOST beautiful parts of Ireland you will ever see.

And we were also impressed going out to the Skellig Islands which are amazingly unique, and are 2 very spooky jagged islands that look like King Kong lived on them… and are VERY impressive since one is black with mysterious ancient beehive monasteries on it, and the other is white since it is covered with bird poo from the zillion gannet birds that literally cover the island! 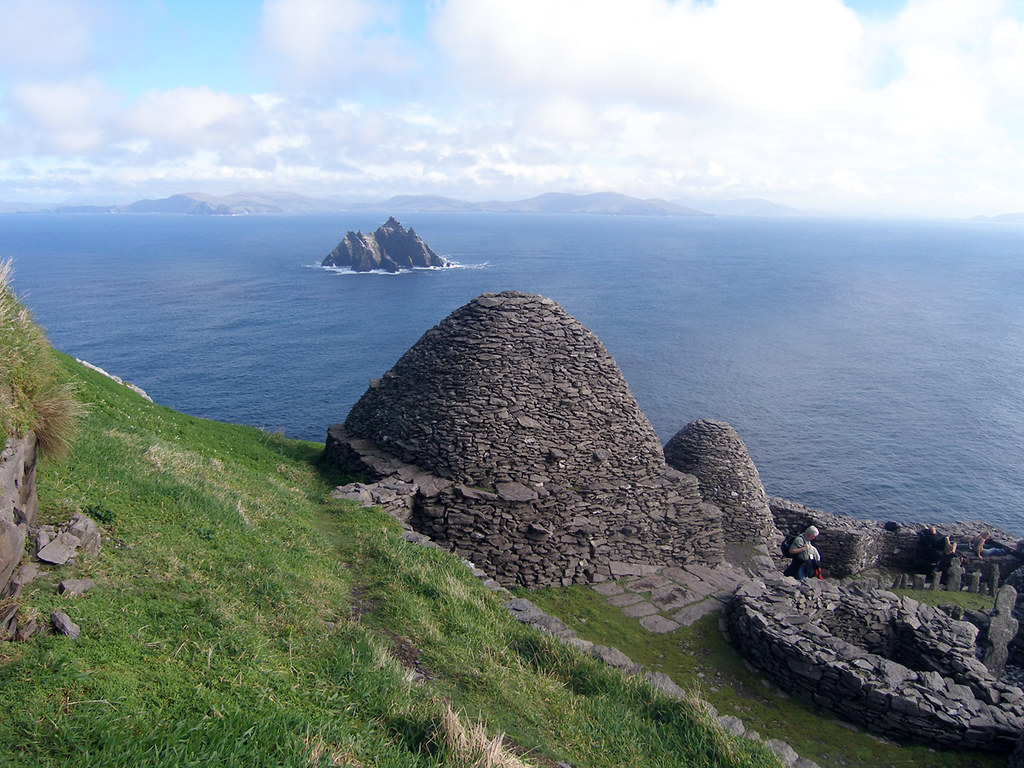 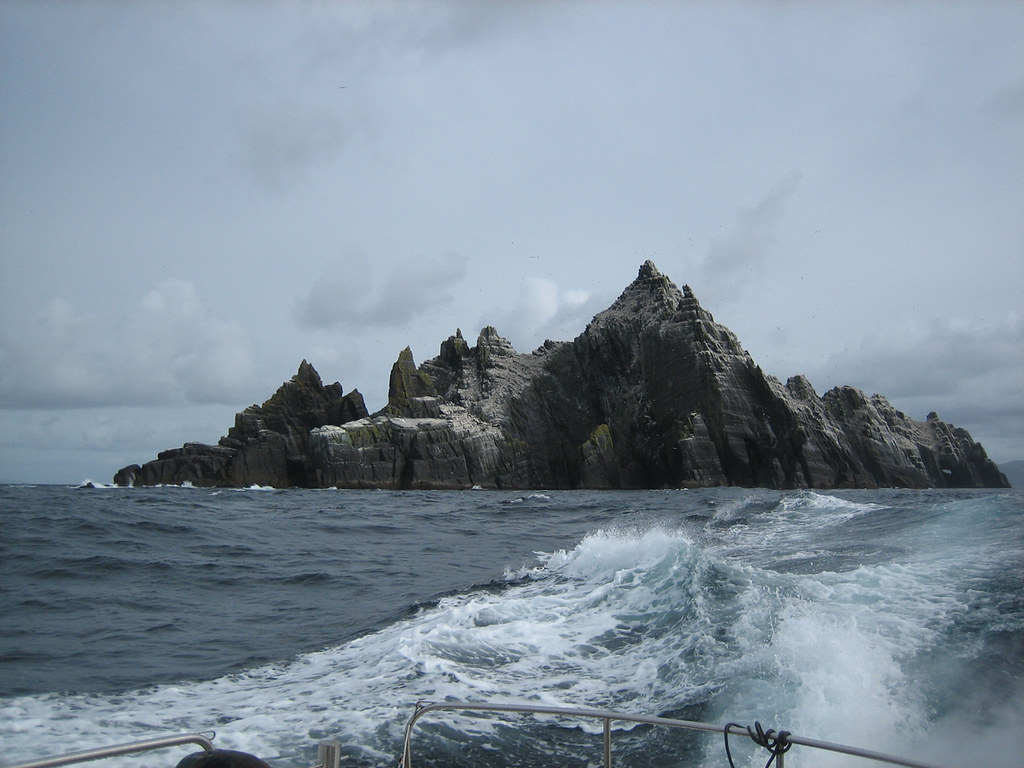 Anyhows, we are actually looking forward to getting away now since the weather has just turned shitty again, and I really am actually COMPLETELY knackered from all the night shift work…

So, we’re off to Portugal and then Spain for 3 weeks and then we shoot over to New York to catch up with our friends Kim & Damien who are living over there, and Dom and Andrew who will also be visiting from home.

Anyways, keep in touch and hopefully our next blog with be from Lisbon or somewhere like that.

See ya
CSI Ireland Ced
Lambkins In My Tummy Avril

PS. We’ve finally uploaded pictures from County Kerry where we have been living for most of 2006 so you can finally see our house and town and why we’ve raved about how beautiful it is out here.

PPS. The music single from Paddy Slattery that I drew the cover for is currently number 1 on the Irish download chart …YAY!!! …and you can have a listen to the song on this website . And if you are feeling generous, you can download it for €0.99 and all proceeds will be going to suicide prevention in Ireland. I am so chuffed!