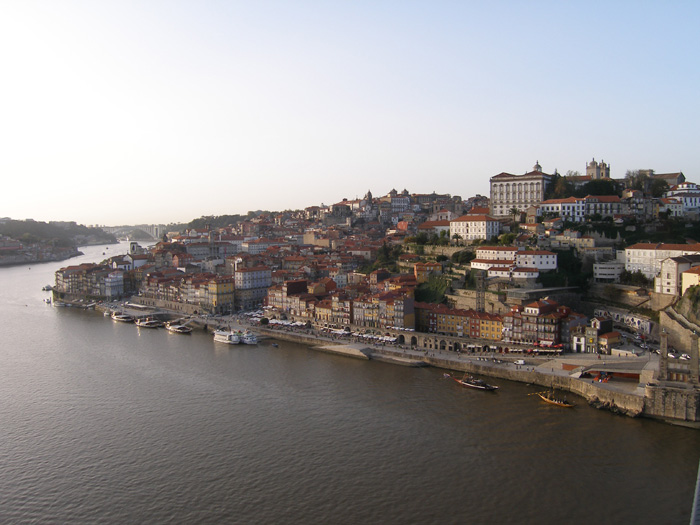 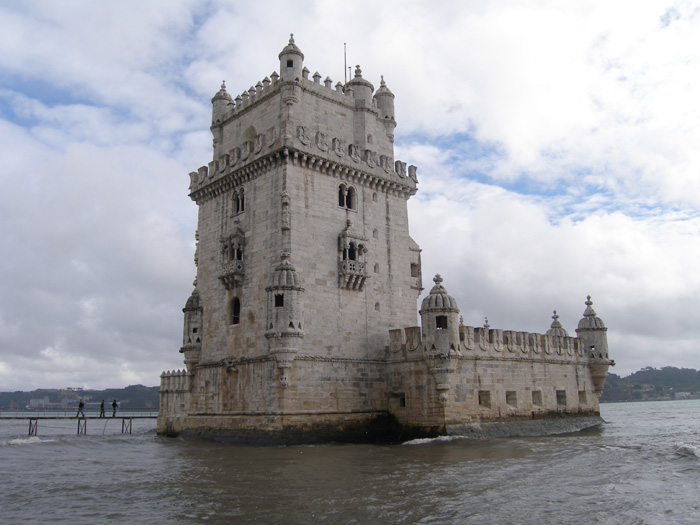 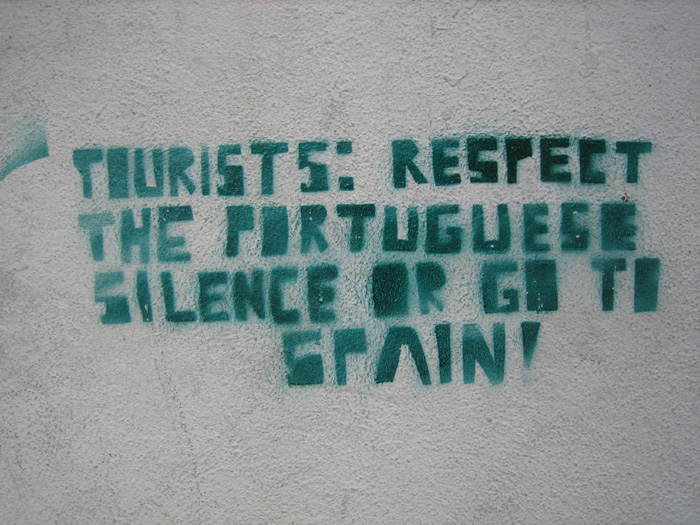 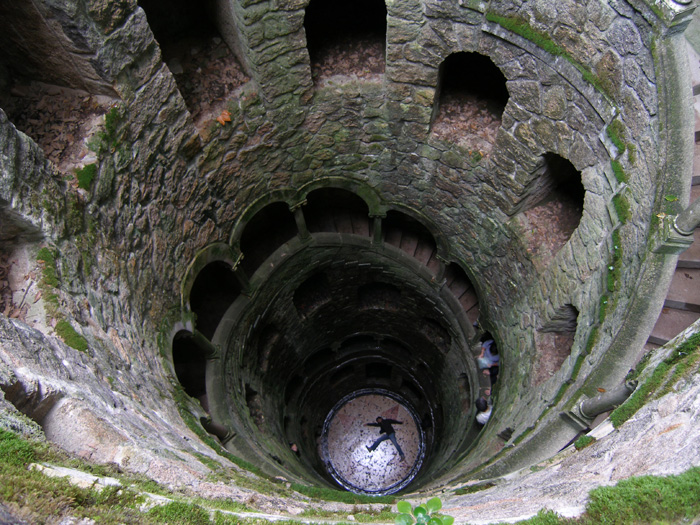 Well we are currently sitting in a cafe in Lagos on the Algarve coast in southern Portugal, and last week we made a very eye opening pilgrimage to Fatima in central Portugal.

Now, for all you non-Catholics out there, Fatima is considered as probably the most sacred Catholic pilgrimage site in the world outside of the Vatican since a floating apparition of Mary “that glowed brighter than the sun” apparently appeared here in 1917 to 3 sheppard children and predicted that Russia would collapse and the Pope would get shot… to which the Pope later thanked Our Lady Of Fatima for saving his life and then had the bullet moulded into the crown of a statue here in Fatima.

Not only that, but later in 1917 after the apparition promised a miracle, 70,000 people turned up in the field and witnessed a so called “miracle of the sun” where the sun twirled around, became “unhooked” from the sky, and then danced around the sky, even though it was a torrential rainstorm at the time!!!

HOLY COW DUDES… now I like a good miracle just like any other person, but the sun moving around is downright impossible, and the description of a brightly glowing orb that people can look at without going blind AND dancing around the sky in the middle of a thunder storm sounds TOTALLY like UFO phenomena to me!!!

Man… OH man… Now, maybe since I have watched every episode of the X-Files AND many episodes of Mork & Mindy and Futurama, that I MAY be a bit more astute to the possibility of Space Aliens than some…

…But Holy crap… really… it seems to me that those Christians were totally dumbarse… and that glowing Mary must have TOTALLY been some space alien, and they were lucky that she didn’t zap their Catholic butts with an interdimensional disintegrator ray!

But seriously, I am actually very surprised that the Vatican has recognised this place as a site of a religious miracle, and not considered the possibility of something a bit more extraterrestrial, since the description of the event really does sound like good evidence for a close encounter of the third kind, and I’d think the Vatican should be alarmed that space dudes are going around impersonating religious figures.

Anyhows, the site itself is huge with a big white Basilica, and a courtyard twice the size of St Peter’s in Rome… And down one side is a white pathway where pilgrims come to crawl about 500m on their knees in penance to have their illnesses healed. 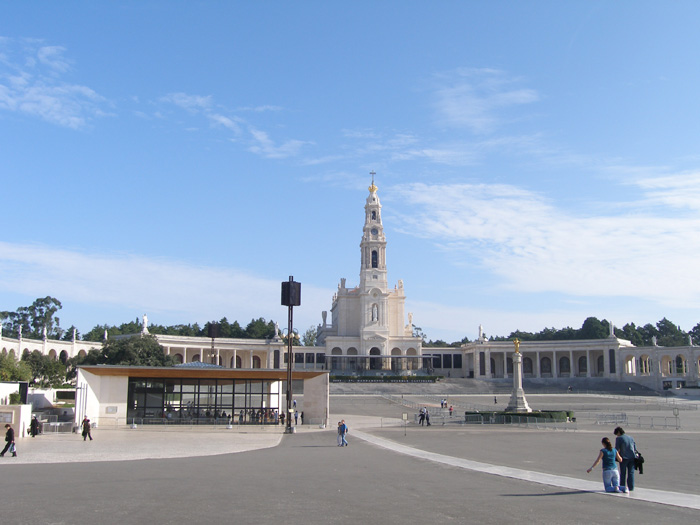 And while we were there, some poor boy who was obviously crippled was actually being pushed by his parents to agonisingly crawl the whole way on his tummy… not unlike a slug… or at the very least someone doing a breakdance worm but very badly…

…which should have impressed us as an amazing devotion to his faith, that …um… Mary was going to come down and heal him…er… from his slugness or lack of breakdance ability…

…But since we had spent the morning talking about the possibility of space aliens, we just had to giggle when after looking away, we eventually turned around a few minutes later and slug boy was gone just like he grew butterfly wings and flew away! Fly slug boy! FLY!!!

Well, inspired by this, and feeling VERY guilty for giggling at the poor slug boy, I thought I’d do the crawl to cleanse my sins and pray for all our friends’ illnesses to be healed… 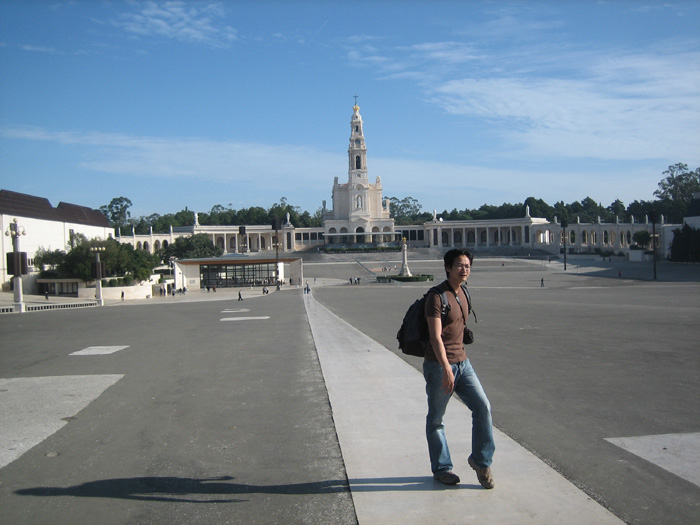 Yikes! …OK… I think my butt may actually burn in hell for that… but I really hope that if anyone was sick that day, that they actually got better…

But anyways, other than being sacreligious and damning my soul for all eternity, travelling through Portugal has been simply AWESOME!

We had absolutely no expectations of what Portugal would be like, and we actually hadn’t done any research into travelling here other than deciding that we’d start in the north and make our way south, so we were actually really surprised at how much fun we have had just bumming around the country.

In fact, we were a bit worried at first that we’d be completely bored since our last 4 months backpacking around Europe had completely made us want to vomit chunks if we had to look at ANOTHER cathedral, museum or plaza…

…But Portugal actually impressed us with some really different Arab/Moorish influenced architecture which is often covered in cool blue azuleos tile work, and lots of other little amenities that cheaparsed backpackers like us find are absolute gold… like free wifi internet in the streets, public toilets everywhere that you don’t have to pay for, and food and accomodation which would have to be the cheapest out of all the Euro countries.

And not only that, but the food has been TOTALLY AMAZING!

Portguese food is basically all home style cooking, so it is one of those cuisines that you don’t normally hear too much about other than Piri Piri flame grilled chicken…

But we have totally gorged ourselves with really tasty cheap seafood since we have been here and we would now have to say that Portguese cooking is possibly the most consistently good food that we have had in all of Europe! 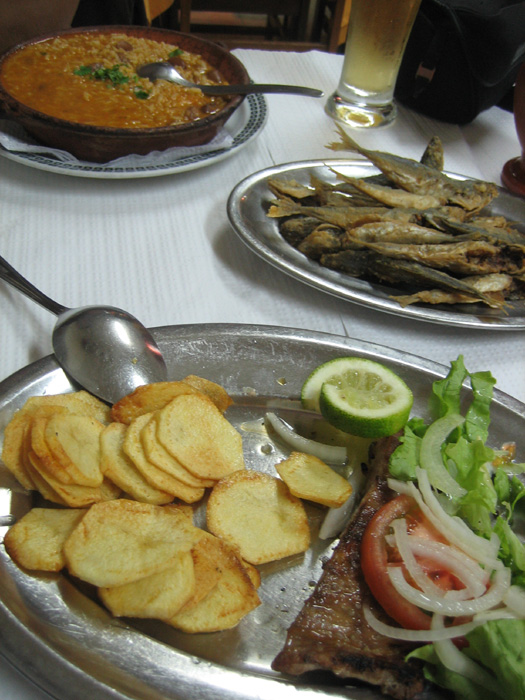 But anyways, along the way, we got to see Porto in the north of Portugal which is a really cool medieval city that just exudes a faded grandeur, but it is better known as the home of port wine… 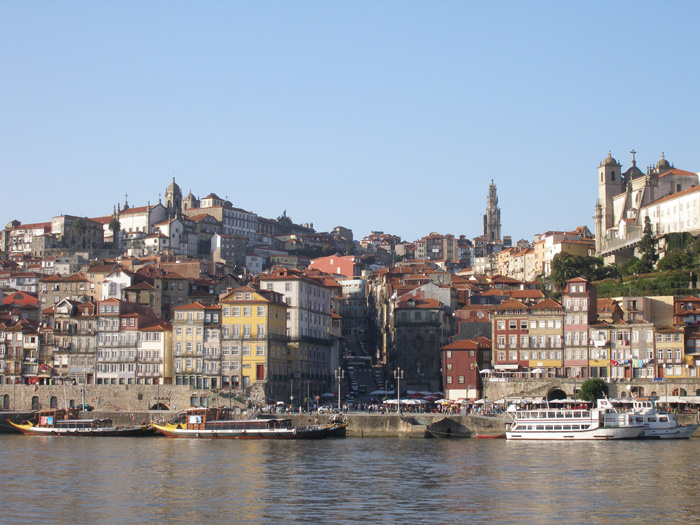 …Although, we’ll always remember it as the first time that we’ve EVER gotten drunk on Port, and yet refused to vomit it back up since we wanted to look cool and sophisticated like we could handle our port… NOT! 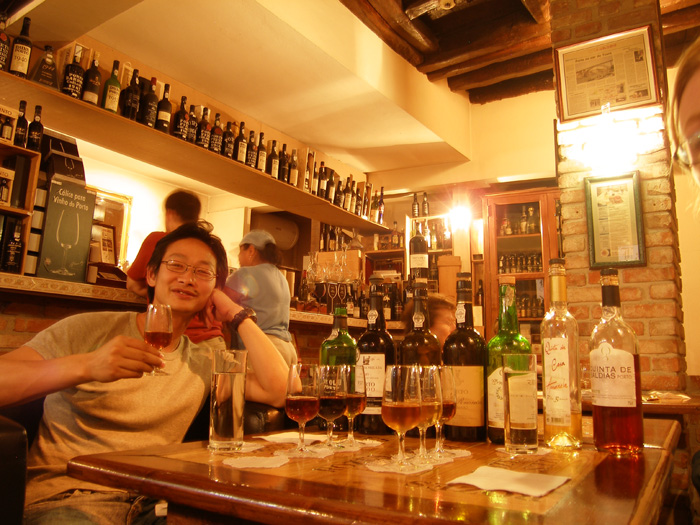 And of course, we spent time checking out the Lisbians in Lisbon which was cool since Lisbon is actually a VERY funky city with a very hip music scene, and we had a really cool night out just hanging out with a blue grass band doing jam sessions at local bars. 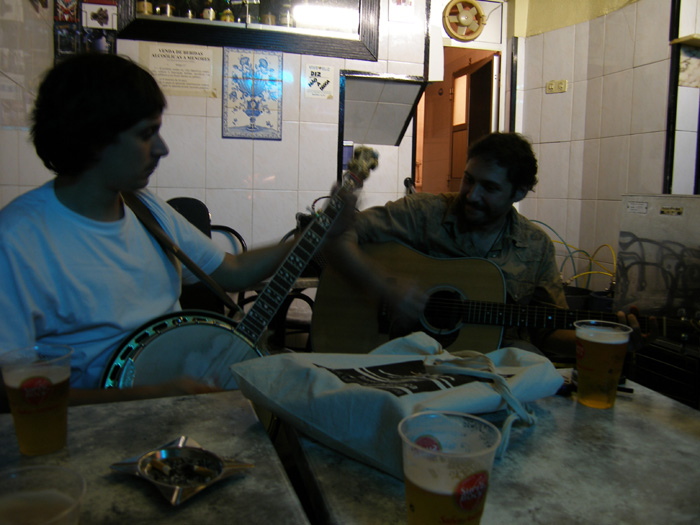 …hmm… OK… well maybe I made up the word Lisbian, but it definitely sounds better than Lisbonian, and we are sure that a “Lisbian lesbian” is what a New Zealander would call a gay woman living in Lisbon ( You’ll only get that pun if you are an Aussie or Kiwi or know how Kiwis talk) 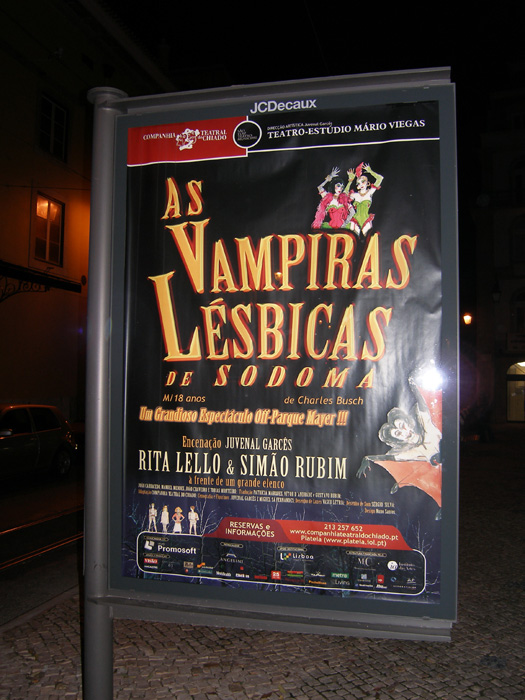 But no, we didn’t see any Lisbian Lesbian Portu-gals, but Avril thought the Portu-boys were very good looking and a great perve!

But now we are on the famous resort area of the Algarve, but today we decided that we are going to cut our trip short and head off to Seville in Spain tomorrow, since we’ve found the Algarve to be completely overrated and full of middle aged Irish, English and German tourists, and not the funky backpacker scene that we had expected.

Now don’t get me wrong, the Algarve certainly has some stunning coast line with orange rock pinnacles that shoot out of brilliant green water similar to the 12 Apostles in Australia… But we are DEFINITELY travel snobs and we’ve found the whole place to be full of ugly charmless resorts and sadly the weather is crap so the beaches are way too rough to swim in which sucks. 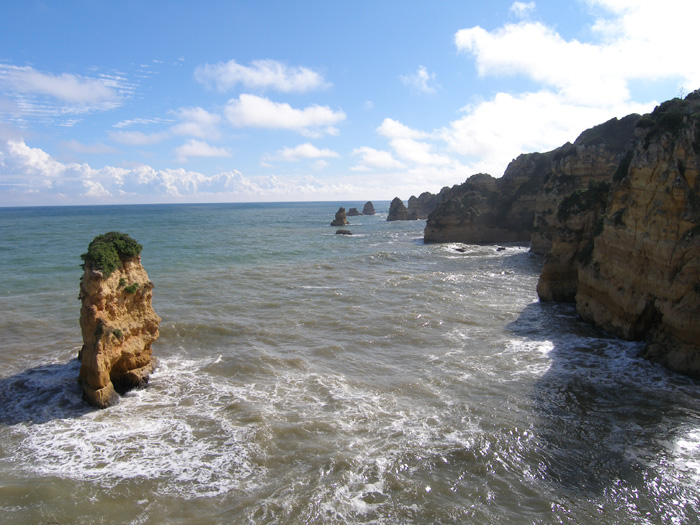 Anyways, we’re off to eat some grilled sardines now, but we’ll be in Seville for a couple of days, followed by a whole 8 days in Barcelona which will muy COOL-O-MUNDO!!!

Moonwalking to Hell Ced
Avril- I am not a Lisbian, I’m just a Portly-gal who loves foosh and chups- Bowie

PS Our Portugal and moonwalking in Fatima pics are at this link if you are bored.