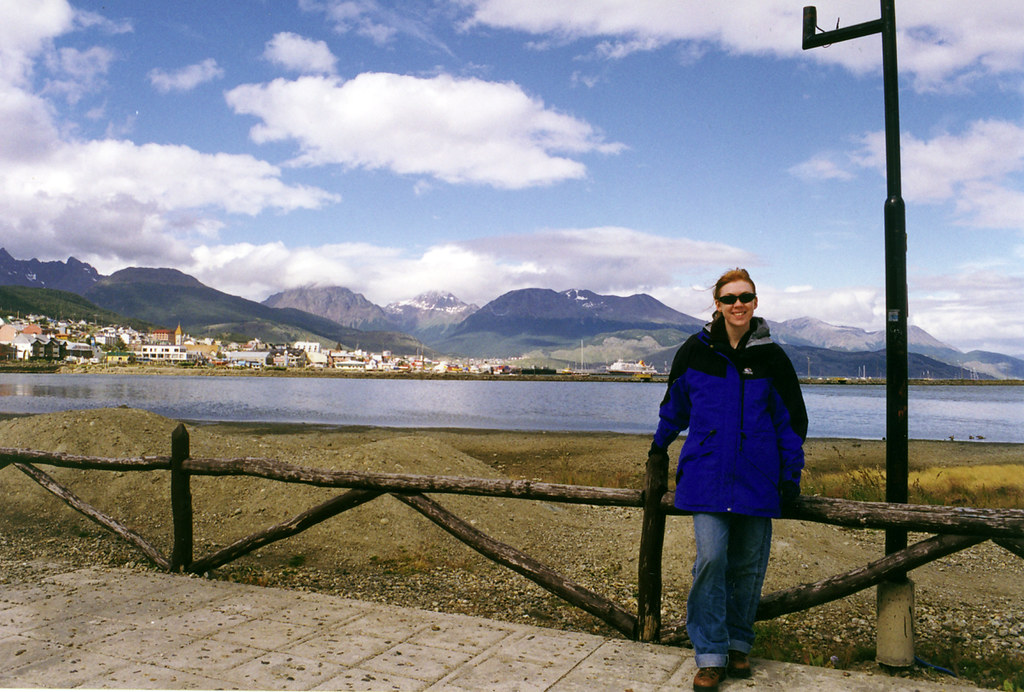 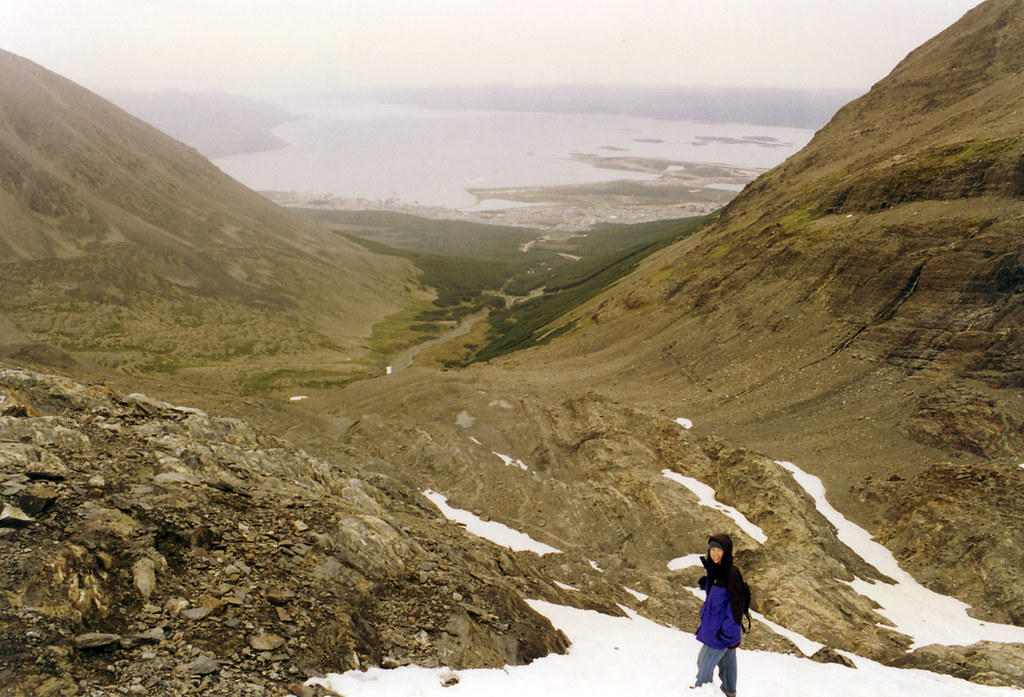 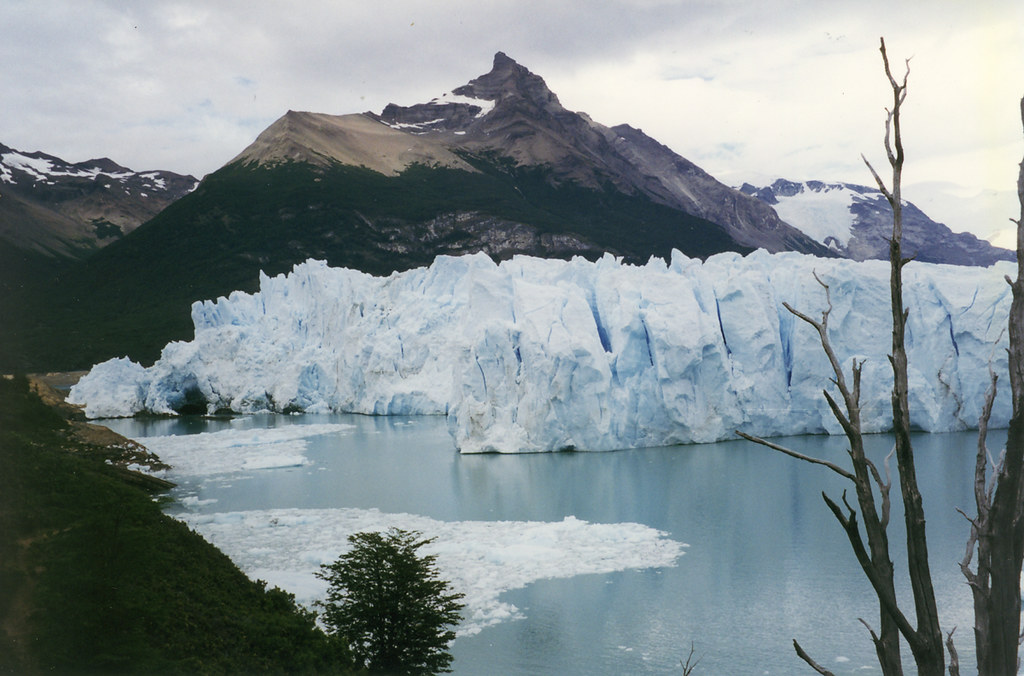 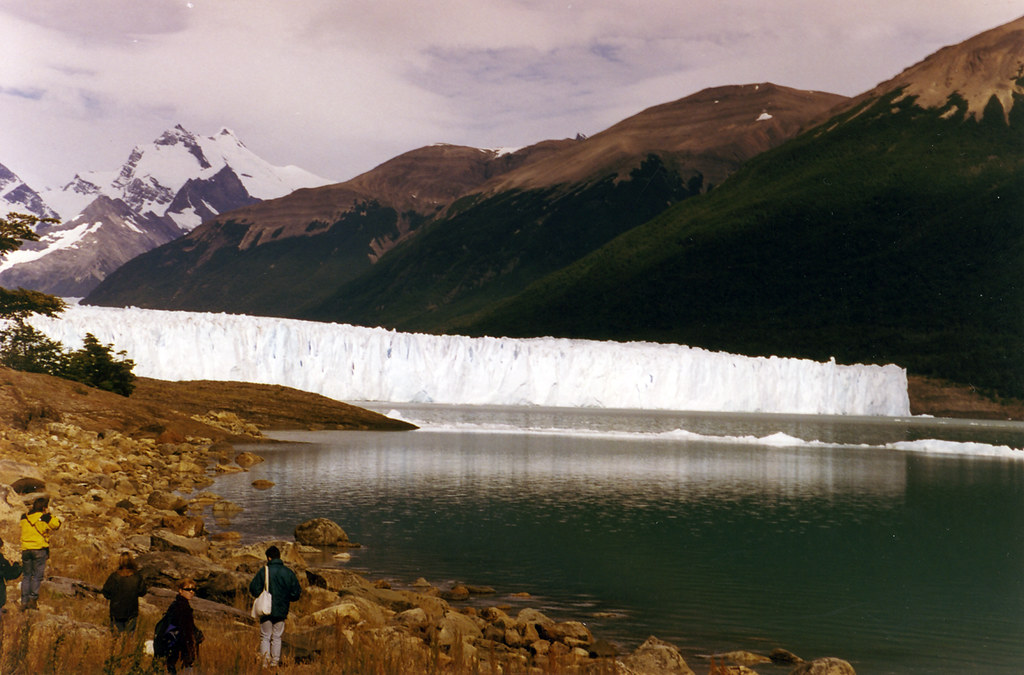 Well, it was really hot but we got to ride a funicular cable car and view a very smoggy city. Unfortunately, we didn’t get quite a good view of the snow capped mountains that were looming near by because of the smog.

For those of you from St Leo’s College, Ced caught up with big Dean Ilott in Santiago who is currently working for an internet company. Also for Greco, we found a c-man in a museum from prehistoric times, but we weren’t allowed to take a photo.

We arrived in Buenos Aires for a couple of nights. Nice place, lots of statues, but like all cities they all start looking the same. It’s great if you’ve got money to burn as Argentinos are renowned for partying hard.

Most of them eat after 10pm and hit the clubs after 1am. Couldn’t keep up with them, but we did learn to tango. Ced thinks he’s so suave now.

We haven’t had a cry in Argentina yet but we regret not seeing Madonna in Evita.

The hostel we stayed in was over 100 yrs old (same as the plumbing system) but it was wonderful to experience such grandeur in a crummy setting.

The women here wear the tightest jeans and skirts you have ever seen but Ced is sure they all must have fungal problems!!! Still the babes are hot and the men aren’t too bad either.

Ushuaia, at the very bottom of Tierra del Fuego in Argentina is where we are now. It’s the most southern city in the world and is absolutely charming. It’s all Swiss and European houses at the base of towering snow tipped mountains. Bloody cold though, but not as bad as Antarctica we guess.

Off to Antarctica in two days and really looking forward to it. We are staying in a cosy hostel with loads of Argentines. We had a traditional barbecue asado yesterday. Argentina is known for the best meat in the world, and the food is absolutely incredible. The meat here literally melts in your mouth and a steak can cost you $2USD which is the same as a can of coke. It’s a bit expensive here though so we don’t know how long we will stay here.

We also were bitching to a guy sitting at our table in our hostel in Ushuaia about how crappy our South America Lonely Planet was. Avril’s mum is going to meet us soon to go to Antarctica and we told him that we had asked her to buy and bring us over a copy of the Footprints South America guidebook which is the bible down here. He then told us he was one of the authors on the Lonely Planet that we had just bitched about… CHOKE!!!

Well the only thing to do was to get him to autograph our crap guidebook and pretend it really wasn’t too bad. Doh!

We are meeting heaps of travellers from all over the world and especially Aussies and Kiwis. We’re getting called ‘Australia’ by non-english speaking people instead of by our names.

We are going to trek to a local glacier tomorrow and hopefully we’ll get to see snow. It will be Ced’s first time to see snow so it should be worth it.

Gotta go, times up – thanks for the mail – stay tuned for the next chapter.