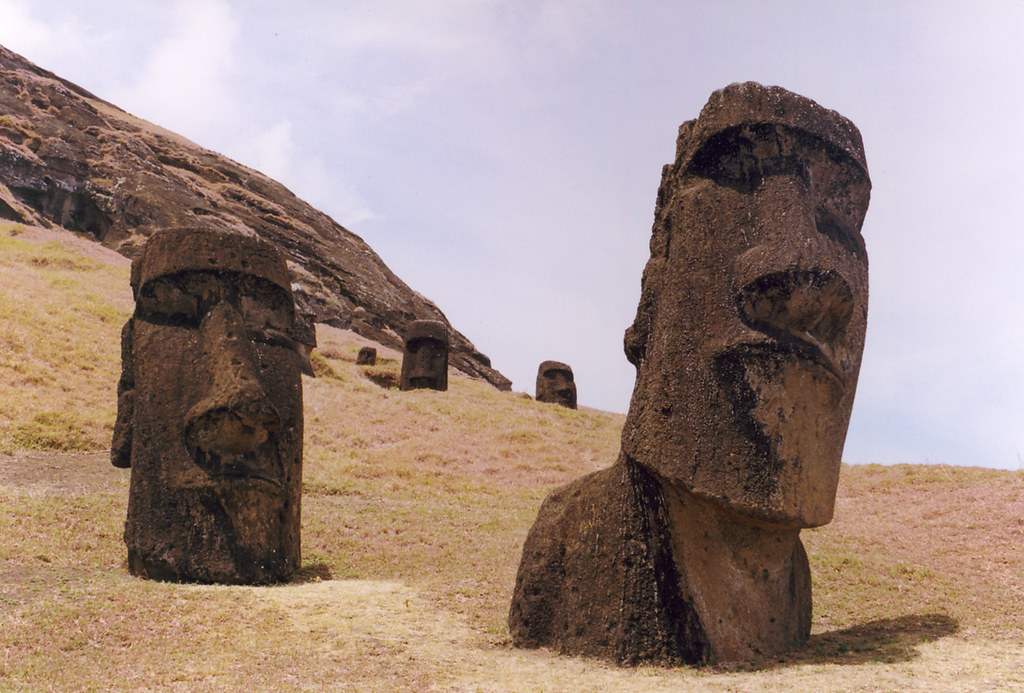 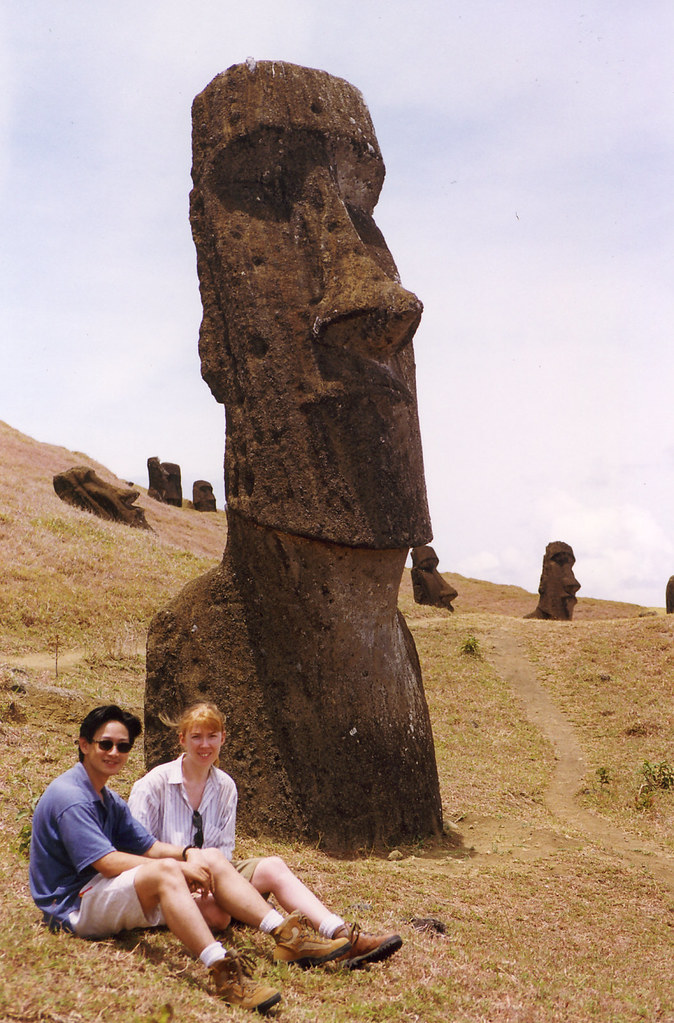 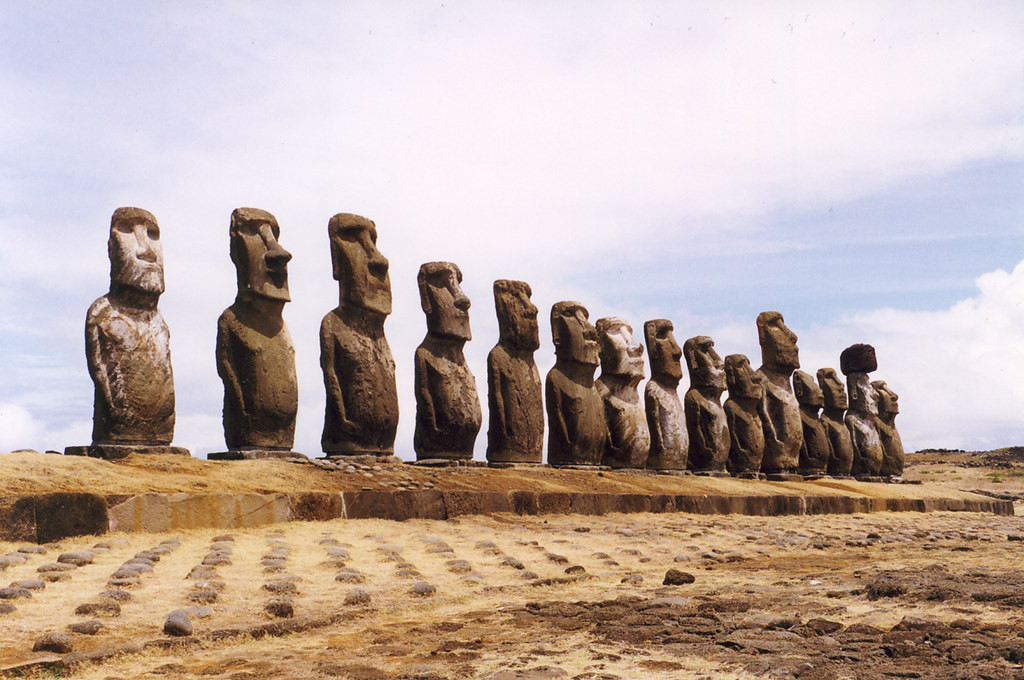 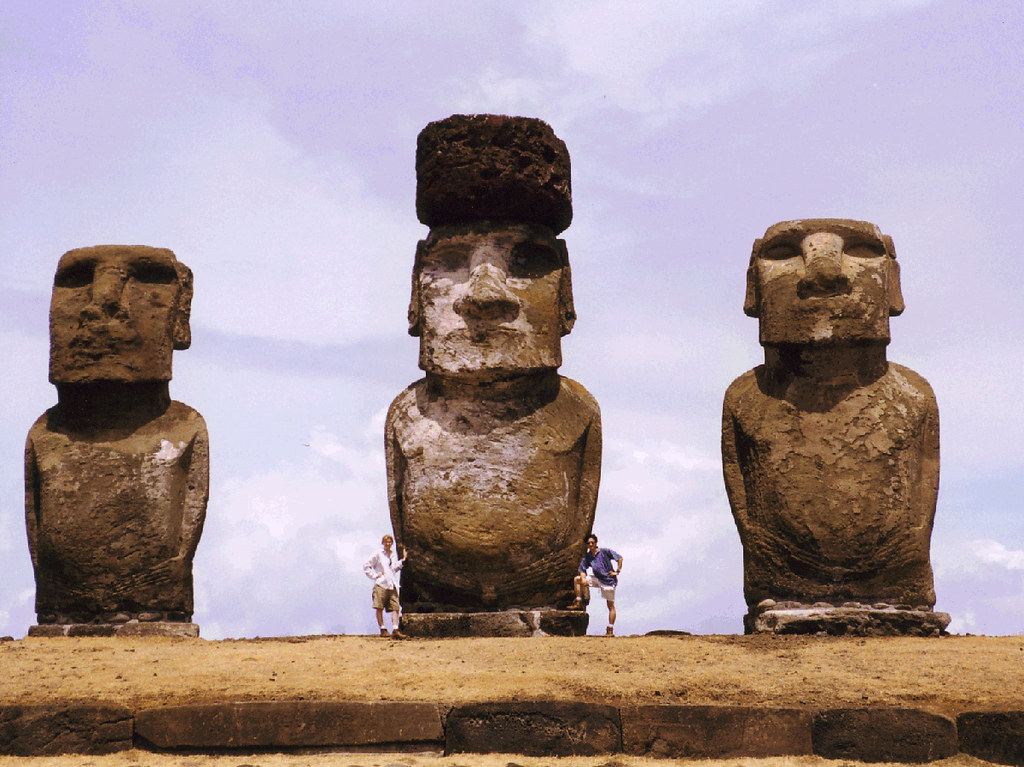 This is a quick note to let you know how we are. It’s a group letter cause it’s easier.

After Brissie, we arrived in Auckland, which is a pretty cool city. It was pretty uneventful though because we were stuffed and jet lagged. We then left after a few days and arrived in Papeete, Tahiti at midnight by which we were well and truly stuffed.

We just had a stop over there and then took off to Easter Island, which was fantastic.

You’ll probably receive our post card soon but for those who don’t, we are trying to find a scanner to show you some photos.

We stayed on Easter Island which is also known as Rapa Nui for 7 days and stayed with an islander family in a guest house with a couple of other guests including a completely alcoholic druggo german intensive care doctor who was actually a completely cool dude.

Easter island belongs to Chile and yet is in the middle of the South Pacific. It’s very dry and dusty here and the island is about 20km long and surrounded by these huge statues called Maoi.

They represent the locals ancestors or something like that and unfortunately most have fallen down after being hit by tsunami tidal wave many years ago. Some of them are actually still half buried though and it’s really creepy as they look like giants that are climbing out of the earth. 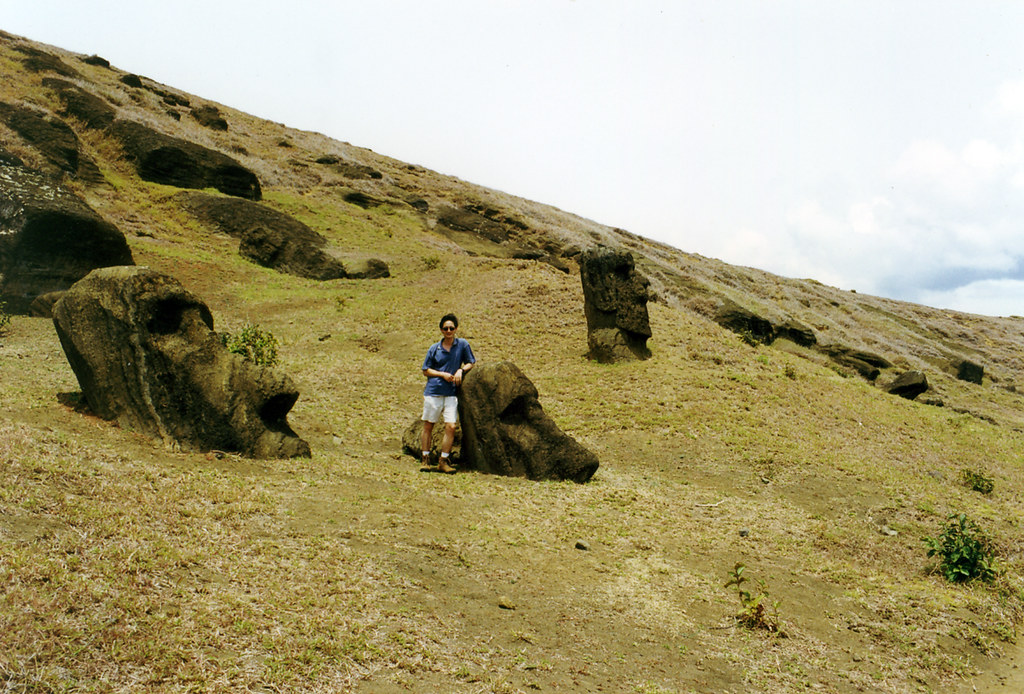 Ced has wanted to come here since watching “In Search Of…” shows in the 80’s which instilled his love of weird archeaology and mysteries.

Even though, it’s still a mystery how or why they were built, the big mystery is how they managed to move these bigarse statues as some of them are HUGE. We reckon it totally has to be UFOs. 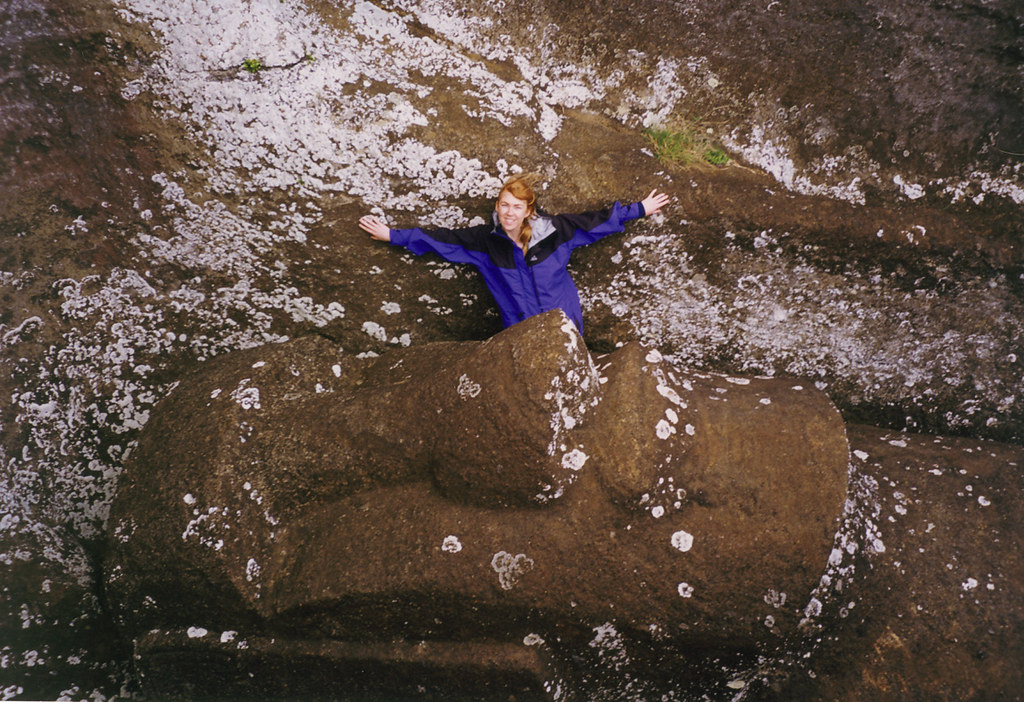 We ended up taking a motorcycle to Rano Ranaku, a volcanic crater lake in the middle of the island to check our where they were dug out from and there were 600 or more moai here which was amazing!!! Some of these were absolutely huge and up to 20m high… Very cool and mystical shit. Got great photos most of which you see in mystery books. 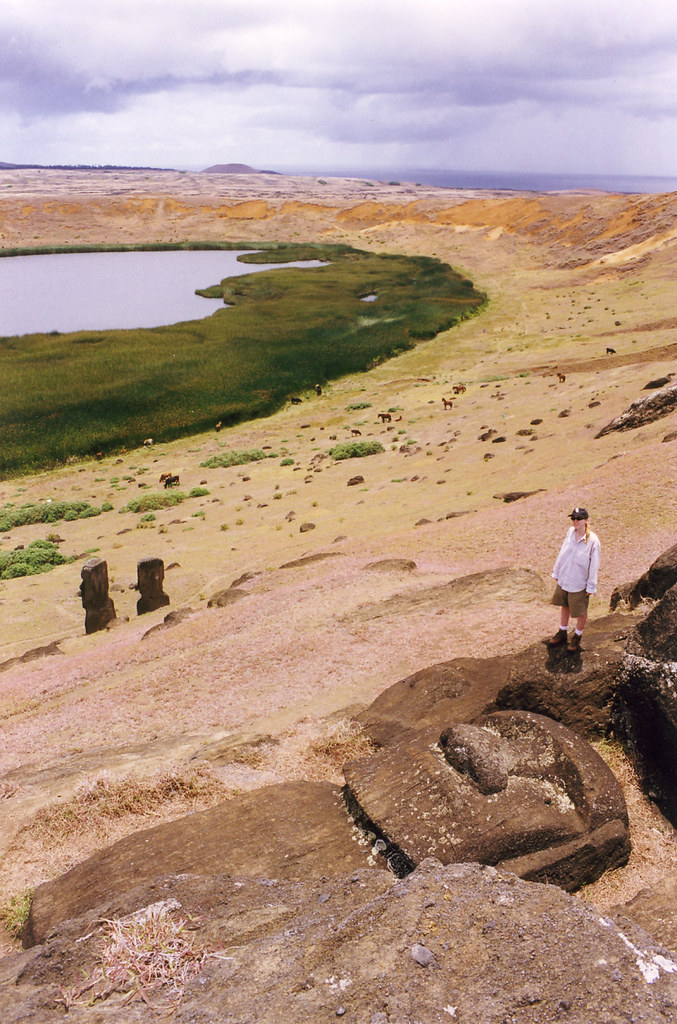 Hot as buggery here though and even ced got sunburnt.

We saw every thing in 1 day so we bummed around trying to learn Spanish for the rest of the time… not very good at this stage. The locals are friendly… well most are. Thoroughly recommend going there.

We left Easter Island on Friday and flew into Santiago in Chile. Linked up with some Australians from Perth and we are currently staying in a YHA in town. Santiago looks impressive from the air as it is at the base of the Andes but the city itself is just like being in a dirtier version of Sydney. It’s really really hot and humid and everyone speaks Spanish. There’s not much English.

Actually, you can’t see the Andes because of the smog. We can’t wait to leave. We are here for 6 days, so we are planning to go trekking in the hills or off to the coast.

Hey, we are currently in the coolest Internet cafe in Santiago. Great food, art nouveau decor and friendly staff. Compared to the rest of Santiago, this place stands out and really feels like being in a cafe at home.

South America is full of Internet cafes so we’ll be in touch at least monthly. Drop us a line if you have time cause its great to hear from home and we feel special if we get mail 🙂