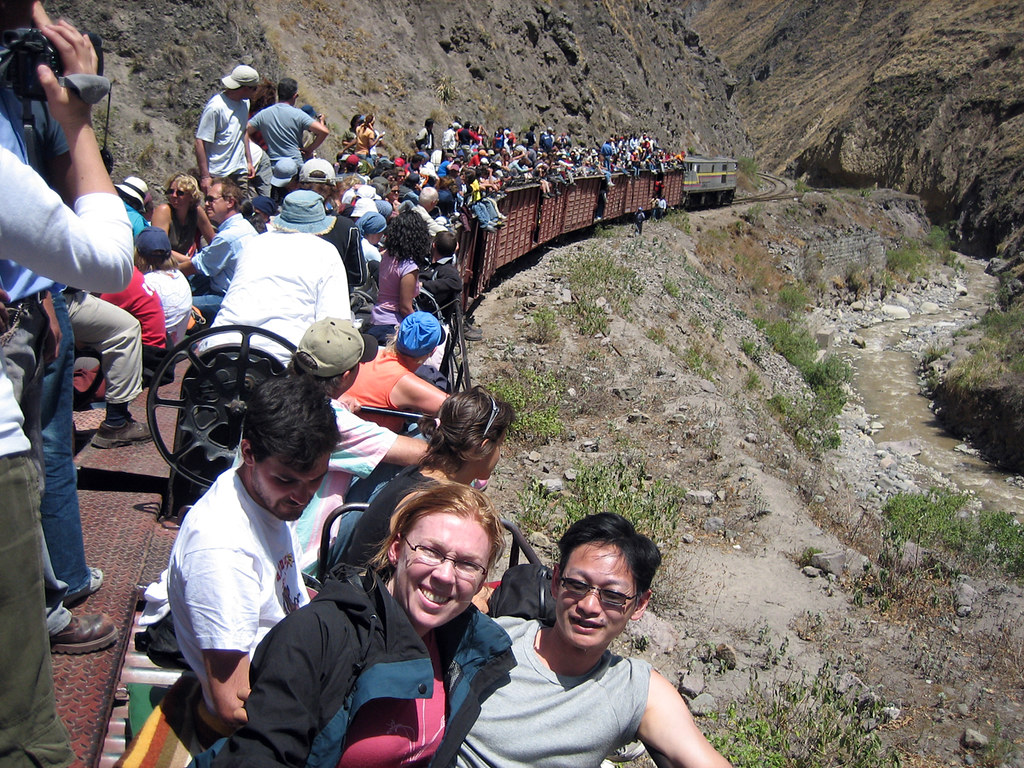 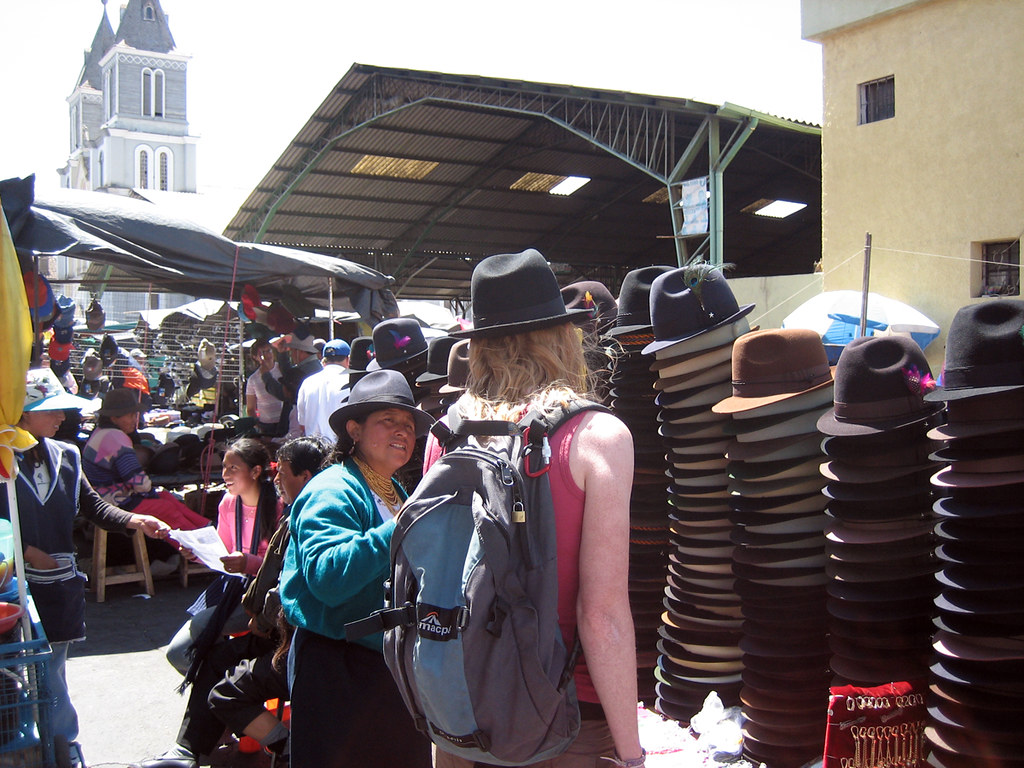 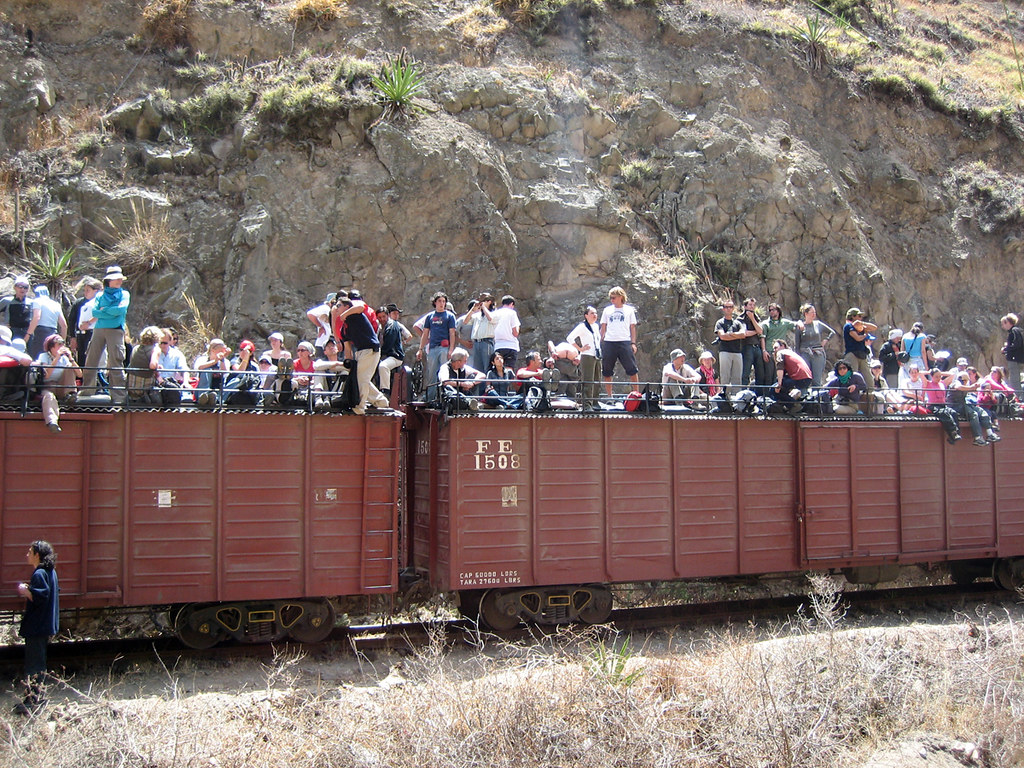 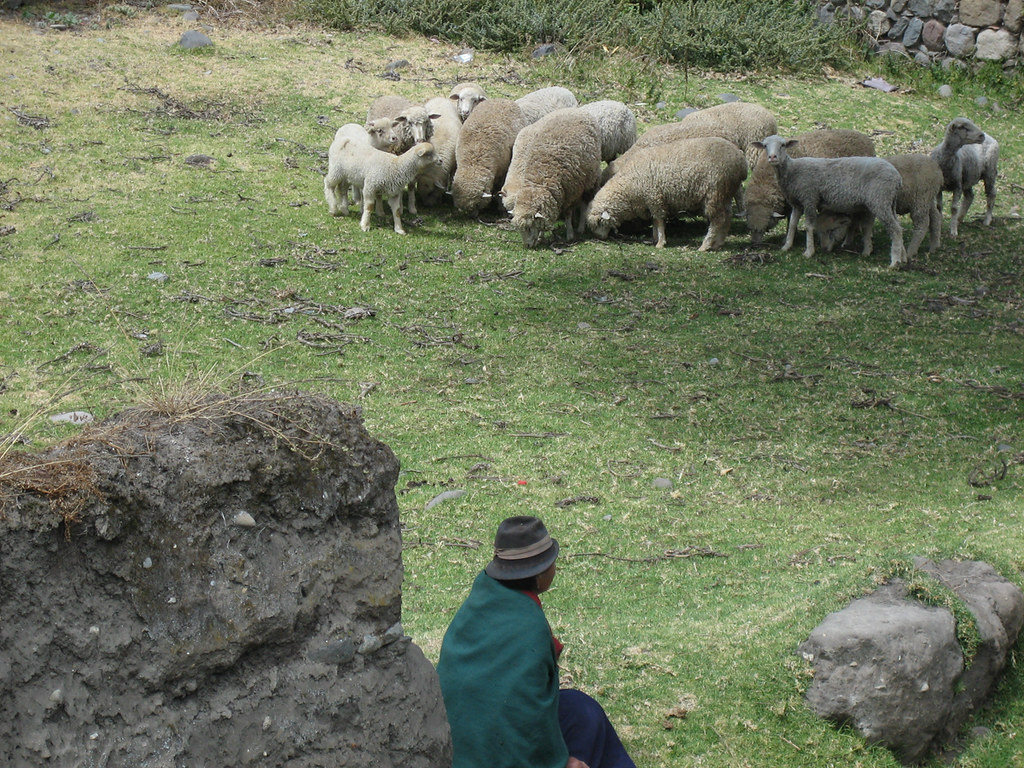 OK this is a diary log that I am writing whilst sitting in the boarding lounge in Quito, Ecuador awaiting a flight to Bogota, Colombia. Now I’m writing this more like a diary entry than a travel blog because I want to document how shit scared we are going to Colombia so we can look back and have a laugh.

But first of all we better write some stuff about Ecuador. So after the Galapagos we decided to do some of the stuff we missed out on doing the last time we were here in 1998. Ecuador really didn’t take our fancy back then since we were so over the Andean countries after hanging around Peru and Bolivia for almost 4 months. So this time we decided to check out the Devil’s Nose train ride in Riobamba in central Ecuador.

It actually as a really beautiful trip through Andean farming lands and canyons, but holy crap… getting up and freezing our tits off a dawn and then sitting on the top of a train in burning sun breathing toxic soot packed with a fuckload of other stinky backpackers actually did suck after a while. Man 5 hours really stretched our limits and bruised our buttocks but these are the things you do when you try to be cooler than the other kids in school by riding on a dangerous train roof in the Andes. 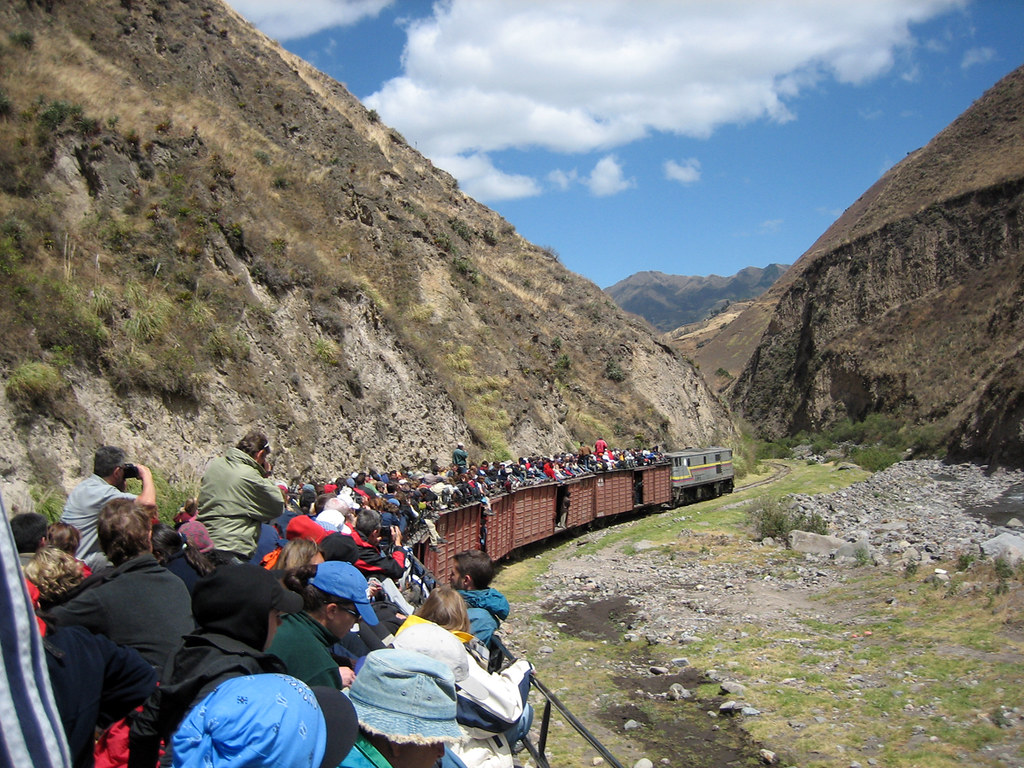 But all said and told we did actually enjoy Ecuador a lot more this time round. It’s funny because Quito is actually meant to be a bit dangerous but we’ve never experienced anything scary here at all and this is the 3rd time we’ve been here now.

The coolest thing about the Ecuadorian campesinoes is that they wear these funky bowler hats and yet they are all shortarsed Andean mountain folk so they actually do look really cute. Like hobbits actually!!! Avril went shopping for an Ecuadorian hat and simply towered over all the locals. 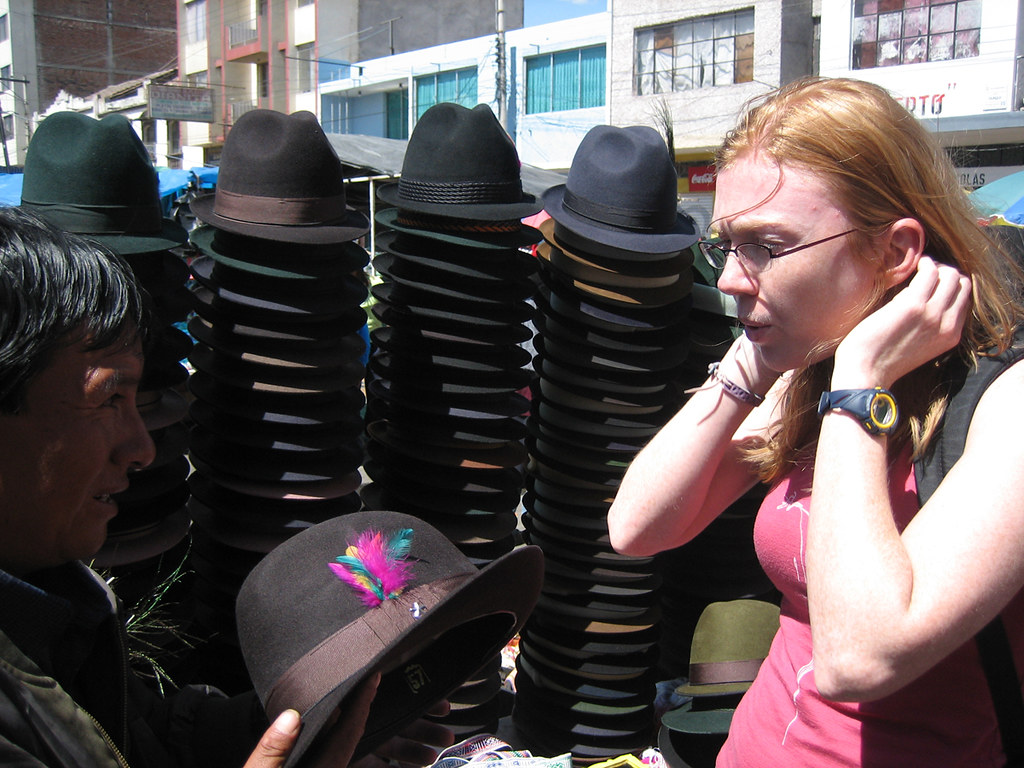 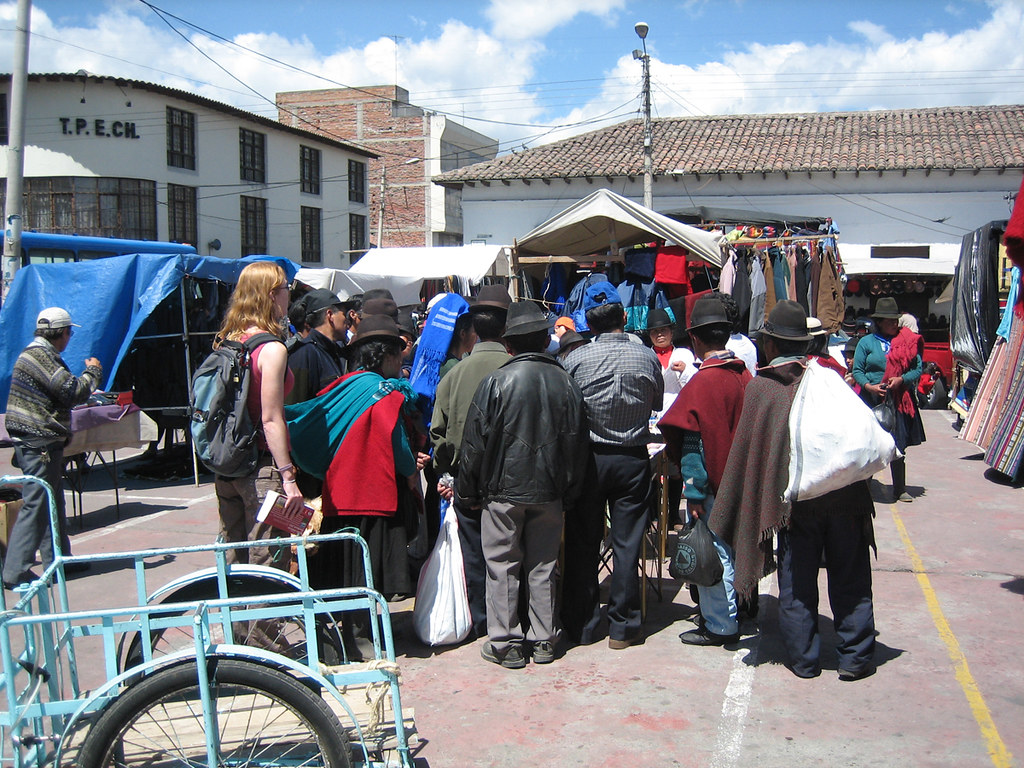 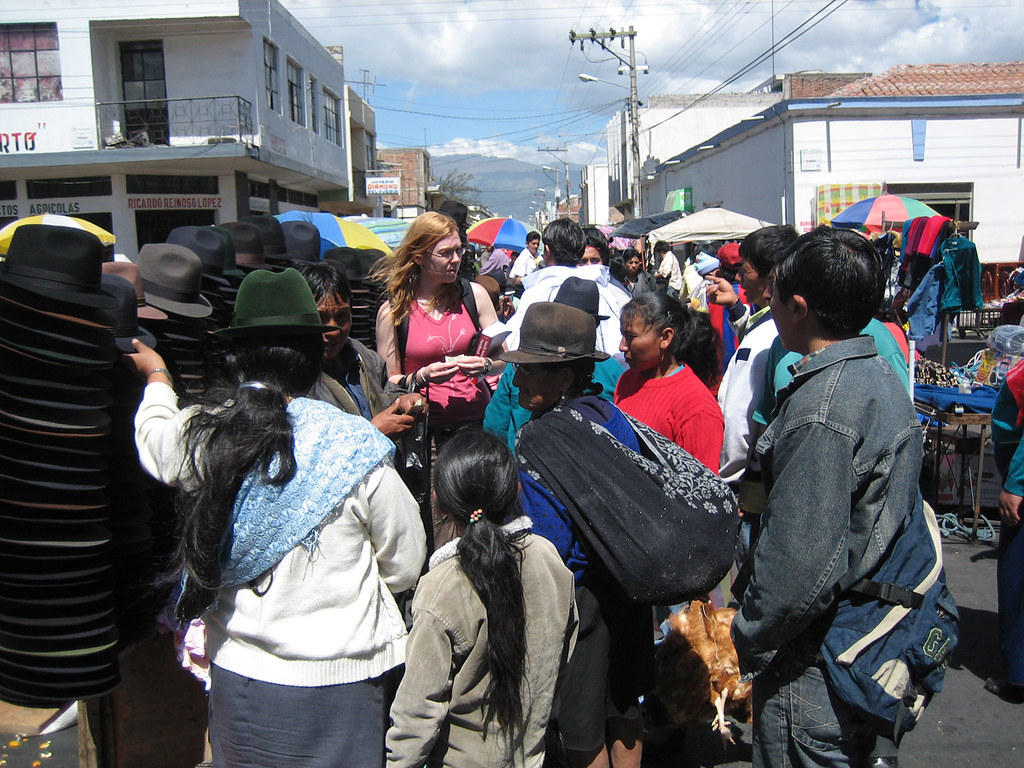 But anyways after chilling out in Riobamba we headed back to Quito where we hung out in the old town and watched pickpockets target much lamer tourists than us. 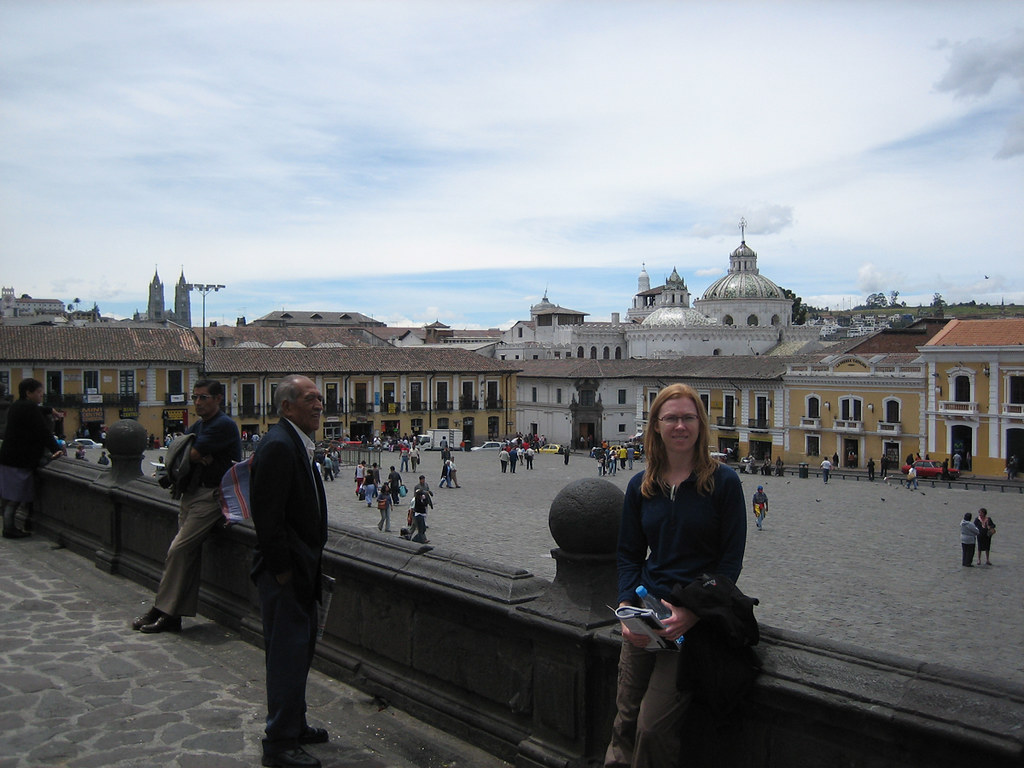 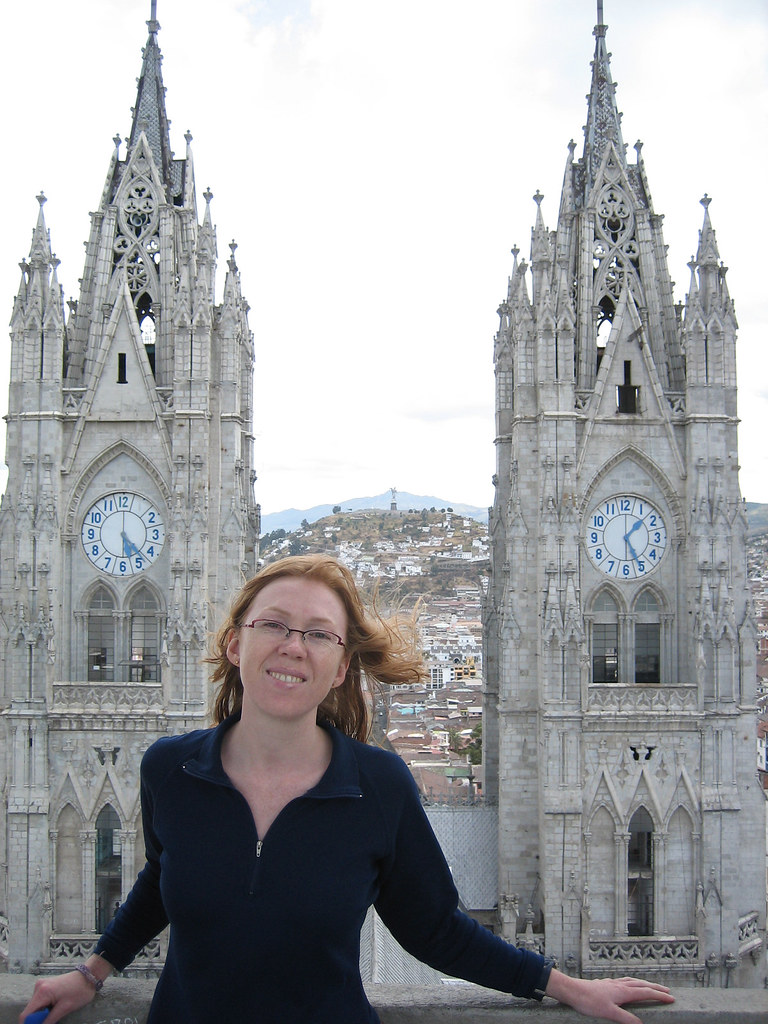 So anyways, this is farewell to Ecuador and this arvo we’ll be touching down in Bogota!!! So here’s my diary entry… 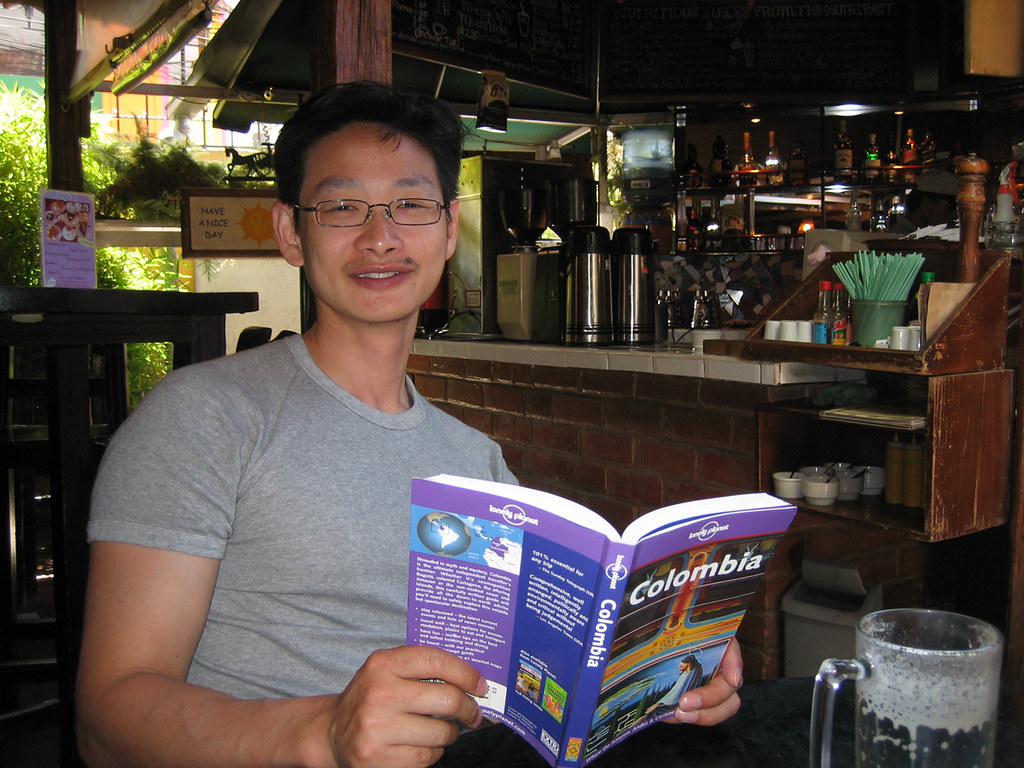 Now I am writing this because Colombia is the most dangerous place that we have been to and is scaring the living shit out of us, and I thought it would be cool to document our thought processes and planning so we can compare them to our thoughts later… especially if we have a fantastic time, or if we end up dead at the hands of FARC guerillas.

Firstly, Colombia is a place where the guerillas belong to several organisations that are left wing or right wing or have Marxist connnections and basically they are all unhappy about the government siding with the US government in burning the local’s coca fields without compensating them.

Basically the US’s policy is that to fix the cocaine problem in the US, they have to destroy the source, and hence there is a great hatred to the US in the poorer areas of Colombia, and a belief that the US shouldn’t infringe upon other countries for their own social problems back home. This is an opinion that I personally agree with.

In anycase, the guerillas have been involved in bombings, kidnappings and deaths. Mainly the kidnappings are for ransom to fund their cause and in late 2003 several tourists including a brit and some israelis were all captured in a popular tourist area and were marched through the jungle for 4 months.

Why Are We Going

In 1998 when we were here, most backpackers that we met who went to Colombia claimed that it was the most beautiful country that they had been too. Also, most people claimed that although they had been mugged at gunpoint or knife point, they all thought that Colombia was their most favourite country in South America.

We found that absolutely fascinating since we loved most of the countries and to hear that there was an even more amazing country really tickled our curiosity. However, we really didn’t have the balls or the time to go back then.

Most of our planning was done on line on the Lonely Planet Travel Forum, the Thorn Tree, and sites like www.poorbuthappy.com (which has shit down now).

The general feel on the sites was that Colombia is an amazing place that most tourists go to and have no problems as long as they don’t take night buses, go into known guerilla areas, and don’t go out at night. There are a lot of safe places such as Bogota, Cartegena and Medellin and the risk of kidnapping is low.

However, there was also quite a few negative posts claiming that if something does happen to you like being kidnapped, then it would be very, very bad, and you would end up being very very dead!!!

Additionally, life is cheap in Colombia so there are a lot of scams and muggings and carjackings etc.

So What’s Our Feeling

We really don’t know what to believe. The people who rave about the country, either had nothing happen to them, or got mugged in a minor way. And the people who advised caution really did get mugged badly or heard of someone who did.

AUSTRALIAN DFAT WARNING
Australians are advised to defer non-essential travel to Colombia with the exception of the cities of Bogota and Cartagena. Australians in Bogota and Cartagena, and those who consider their presence in other parts of Colombia to be essential, should exercise extreme caution. Terrorist, insurgent and paramilitary groups are active throughout Colombia and there is a high risk of kidnapping, including of foreigners, in all parts of Colombia.


Colombia has one of the highest rate of kidnappings in the world. Most kidnappings are for ransom, and conducted by groups such as the FARC and ELN in rural areas, but a significant number take place in major urban centres including Bogota and Cartagena. Foreigners (including children) have been kidnapped and murdered. Due to the risk of kidnapping, travel between major cities should only be by air. Road travel outside major centres should be avoided, including to rural tourist attractions such as the Ciudad Perdida (The Lost City).

On our return from the Galapagos, we returned to Quito and hit the internet to suss out the latest situation. I had been feeling OK as the general vibe was positive, but then I read some more scary internet posts…

Avril and I had a minor argument that night as she was keen on getting to some of the more amazing places, which I felt may be too dangerous, and yet I was a bit annoyed at her for feeling Quito was dangerous when I really didn’t feel it was.

Since booking our ticket, we now have read some more and still remain confused at the true danger level as there are definitely conflicting reports, but we figure that several million people live in Bogota with no problems, so at least if we go there, we can suss the situation better.

Additionally, our spanish is passable and we are acutally quite experienced in latin america so we aren’t exactly naive.

Still, this morning whilst walking to a museum, Avril stopped me on the street and said “Just in case anything happens to us in Colombia, I want you to know that I love you.” I told her I knew that and she said that she just needed to say it. It was very touching, but a really good example of how much this has been on our mind.

Additionally, I have even worked out how to use my leatherman pocket scissors as a weapon, but it only has a penetrative distance of 7cm so it can only be used on the head and neck area…fuck…how paranoid am I…

Saying that, we are also in full recognition that it isn’t worth fighting over a few dollars if we do get mugged, but we have discussed how I would fight on the off chance something nasty happens so at least Avril is prepared.

We also have discussed that if we get kidnapped, we are going to tell them that our families aren’t going to pay a ransom as both of our parents are single parents and that we have an interracial relationship and hence our families have disowned us.

Despite all of this amazingly paranoid planning, we are optomistic that we have prepared well and have a fair idea of the safe places to visit. Well at least we were until we heard that a FARC leader was captured and talks for a hostage exchange had fallen through so there has been an increase in violence.

BTW our Ecuador pics are at this link