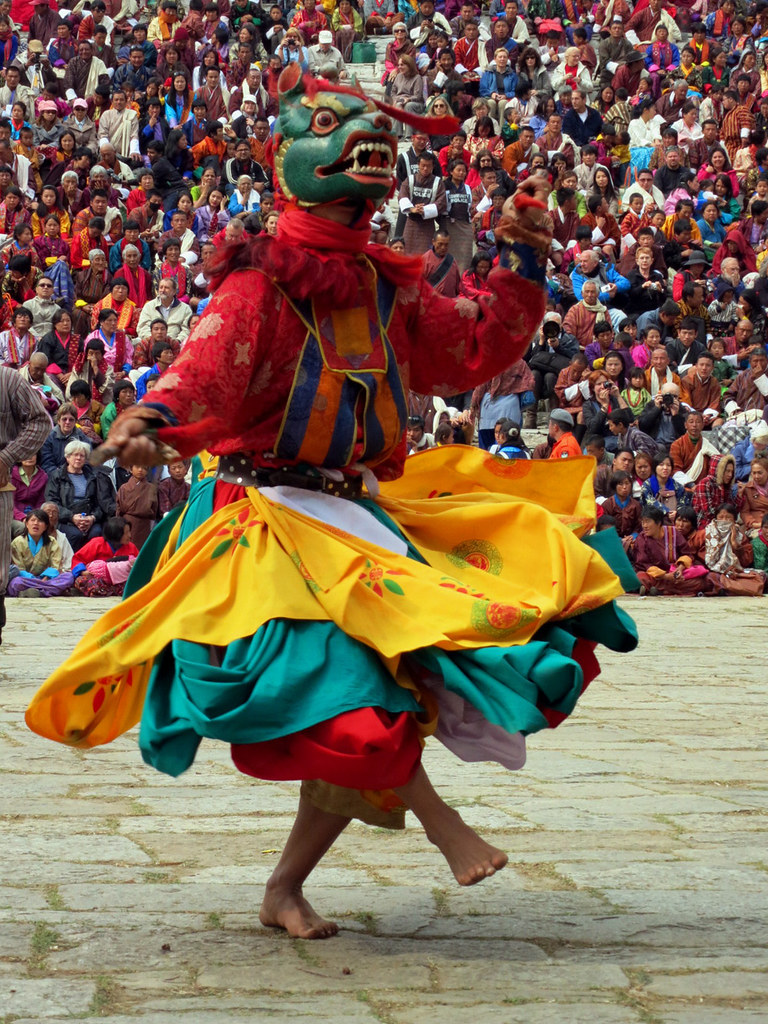 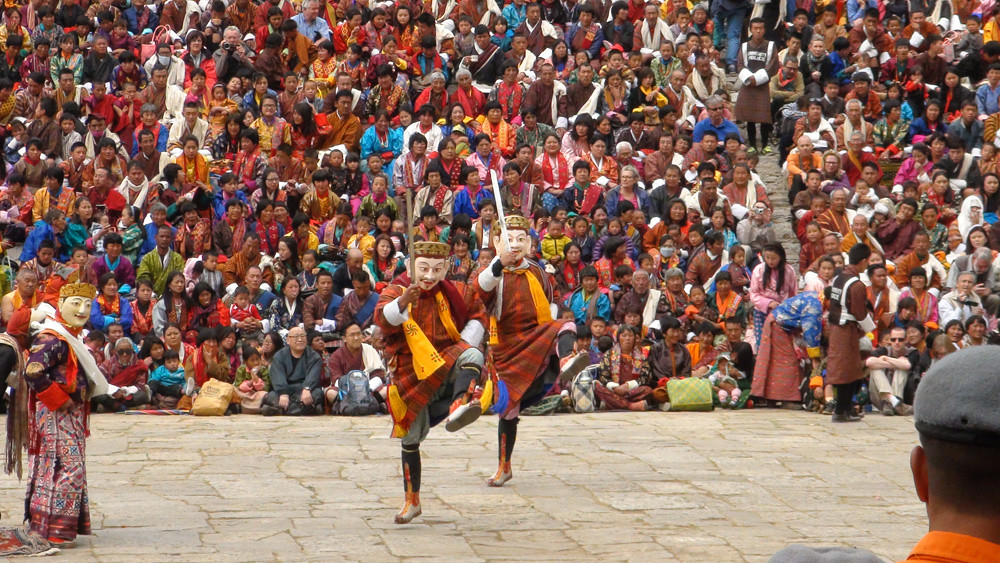 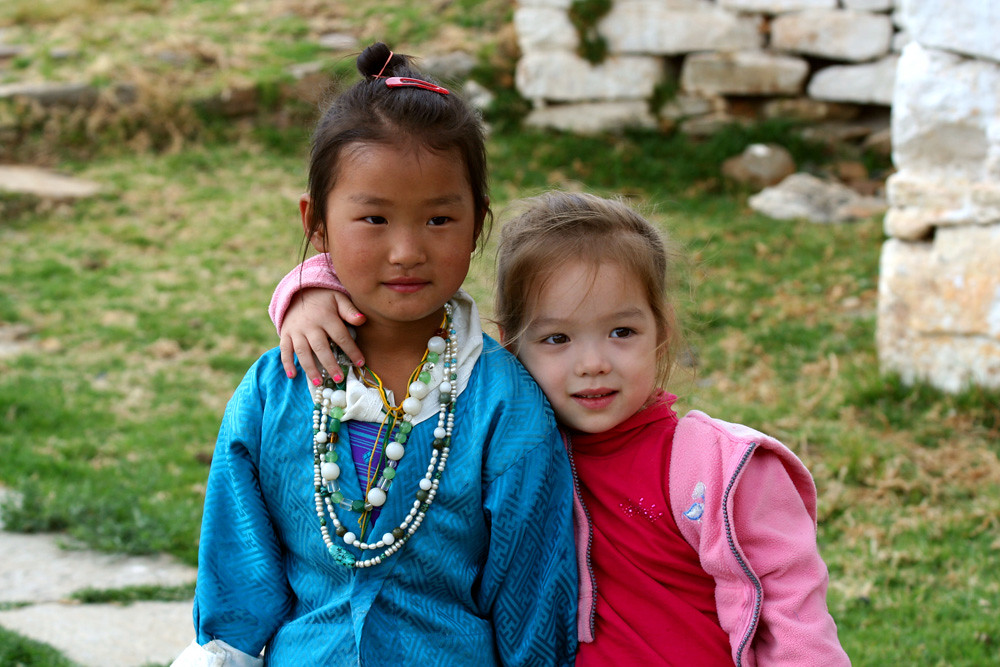 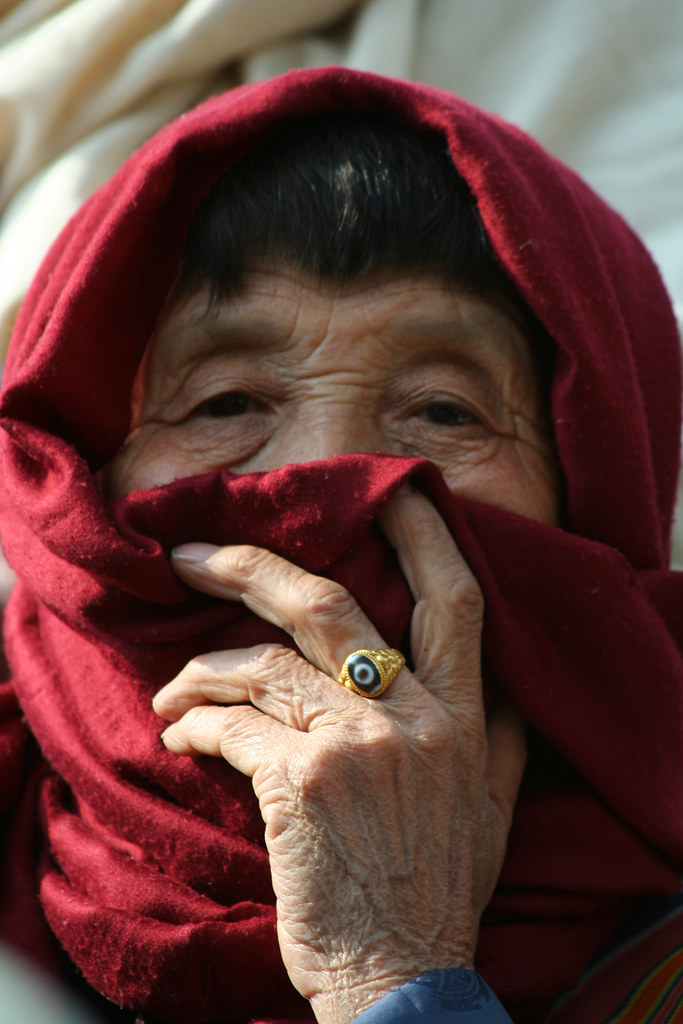 Yay! It’s been a couple of years since our last travel blog, but we are on the road again!!! Woohoo!!!

So we are currently in sitting by the fireplace in Bumthang in central Bhutan after having arrived after a gruelling 9 and a half hour car ride up and down the treacherous mountain roads of Bhutan.

Holy crap dudes… Bhutan is in the mid hills of the Himalayas and there is really only one major highway which is really just a scary-arsed winding dirt mountain road barely wide enough for a single car and with treacherous drops off the edge. Man… It actually took us the whole friggin 9 hours just to travel 197km and although the scenery was fantastic, the roads were pretty darn scary full of scary-arsed obstacles such big trucks, yaks, cows, dogs and even a massive family of langur monkeys.

But other than that, Bhutan has been simply fantastic!!! Now for those of you who don’t know anything about Bhutan, it is situated under Tibet, East of Nepal, above Bangladesh and west of Myanmar. But it pretty much just borders India and China.

Bhutan is called the land of the Thunder Dragon and the last Shangri La since it is a Buddhist Kingdom famous for developing the concept of Gross National Happiness being more important than Gross Domestic Product. They had also famously shunned modernisation until recent years to protect their culture and infamously they had been a closed country until the 1960s.

The country is also famous for charging tourists $250-$280USD per person per night just to be in their country to keep their tourism sustainable… although we just reckon they did it to select a better group of travellers and keep out grotty backpackers and stinky Buddhist yoga hippies.

Anyways it had been on our travel list for years but we always deemed it too expensive. But that was until we realised that for $250USD they provide you with everything like driver, car, guide and all food and accommodation… so you could literally turn up with no money in your pockets.

It was much cheaper to travel in a small group so for this trip we were joined by Noela Kwan a doctor friend of Ced’s from uni days… but secretly we really just invited her along to entertain Kitson.

I’ll write more about Bhutan in our next blog, but for this blog,the reason we came here was to attend a Tsechu festival in the town of Paro which is an amazing 4 day spectacle of colour and cultural mask dancing dedicated the folklore of the second Buddha Guru Rinpoche. It’s held in the courtyard of a huge fortress called a Dzong and Holy Cow… this festival was probably the most colourful thing we have ever seen.

People traditionally come from all over the region dressed in their home made elaborate clothing to get blessed by monks and watch masked dancers jump around in scary animal masks and red faced clowns taunt the audience with big red phalluses. 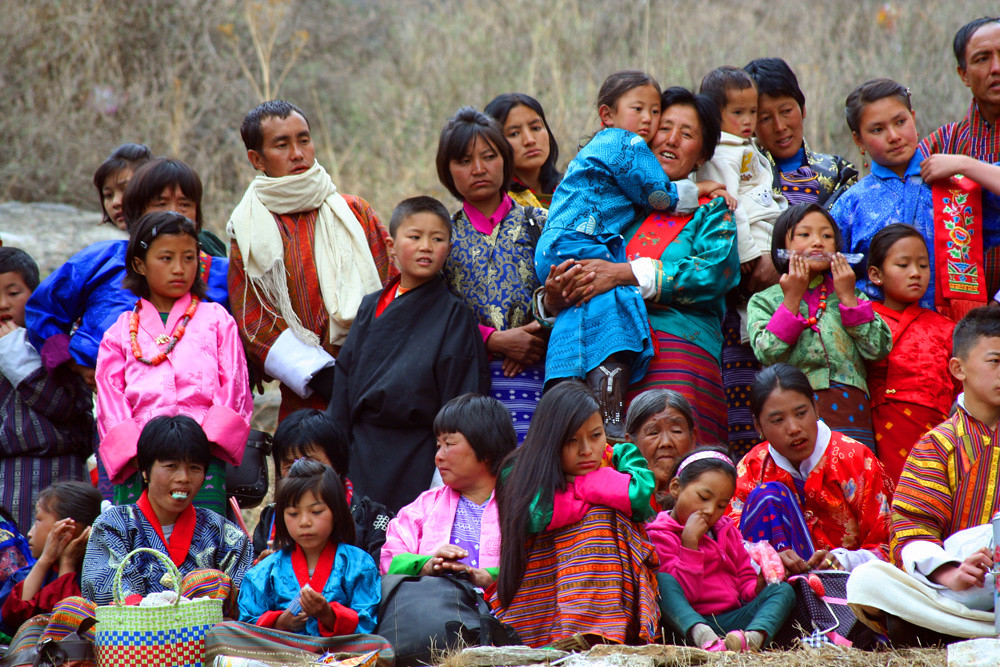 But despite us treating this like a human zoo and snapping away with our zoom lens… the locals were equally infatuated with Kitson and once again travelling with her was like travelling with a friggin Rockstar! She totally has socialising superpowers!!!

Man… people (especially Indian tourists) would just keep stopping and wanting photos with her… and she could just walk into any shop or restaurant… charm the locals by saying Kuzuzangbo la (hello) and get free stuff all the time!!!

Holy crap… we are seriously going to have to be nasty to her just to counteract all the attention that she has been getting over here. 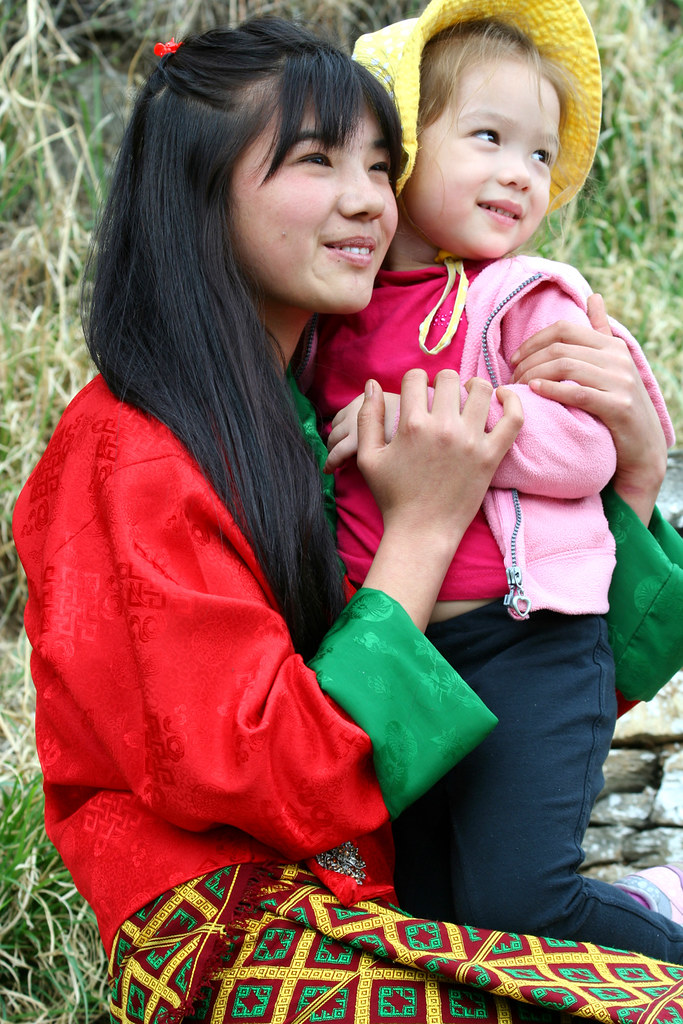 But for a 3 year old she has travelled awesomely including doing some pretty big hikes, sitting around in almost sub zero temperatures to watch the dawn ceremonies and of course tolerating 9 hour scary car rides on winding roads. But best of all getting away from the modern world has helped us break some bad habits that we had gotten into at home.

Anyways, we’ve uploaded some awesome pics from the Paro Tsechu festival at this link if you are bored.

The festival was so spectacular that there are heaps of people shots and dancing shots, and of course heaps of photos of Kitson and her many fans from Bhutan.

Flickr has changed it’s format, so if you want to read the text of any photo, you will need to click on the pic itself.

Anyway, we are off on another trek tomorrow and we’ll write again soon. Happy Easter everyone!!!